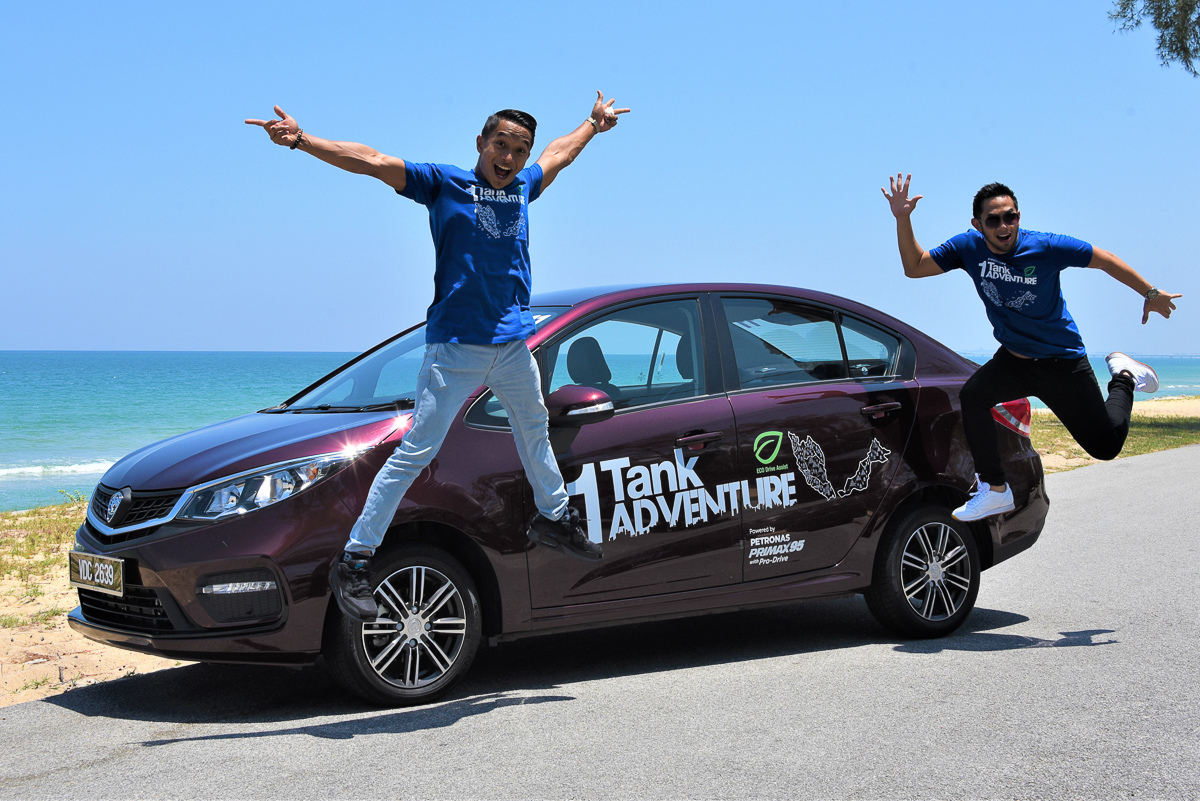 The finale of the Proton 1 Tank Adventure concluded with one epic conclusion as they travelled from Kelantan all the way to Johor without having to refuel even a single drop. That’s 710km from Kota Bharu to Johor Bahru and each Proton model that entered the drive managed to complete without any major hiccups.

Owners and media members joined in the festivities with three different updated Proton models; the Iriz, Persona, and Saga. 18 finalists from the preliminary rounds went into the finals where the battle for top fuel-efficient supremacy was up for grabs. Travelling through the scenic coastlines of Peninsular Malaysia was in itself an adventure and much more via the Proton 1 Tank Adventure. 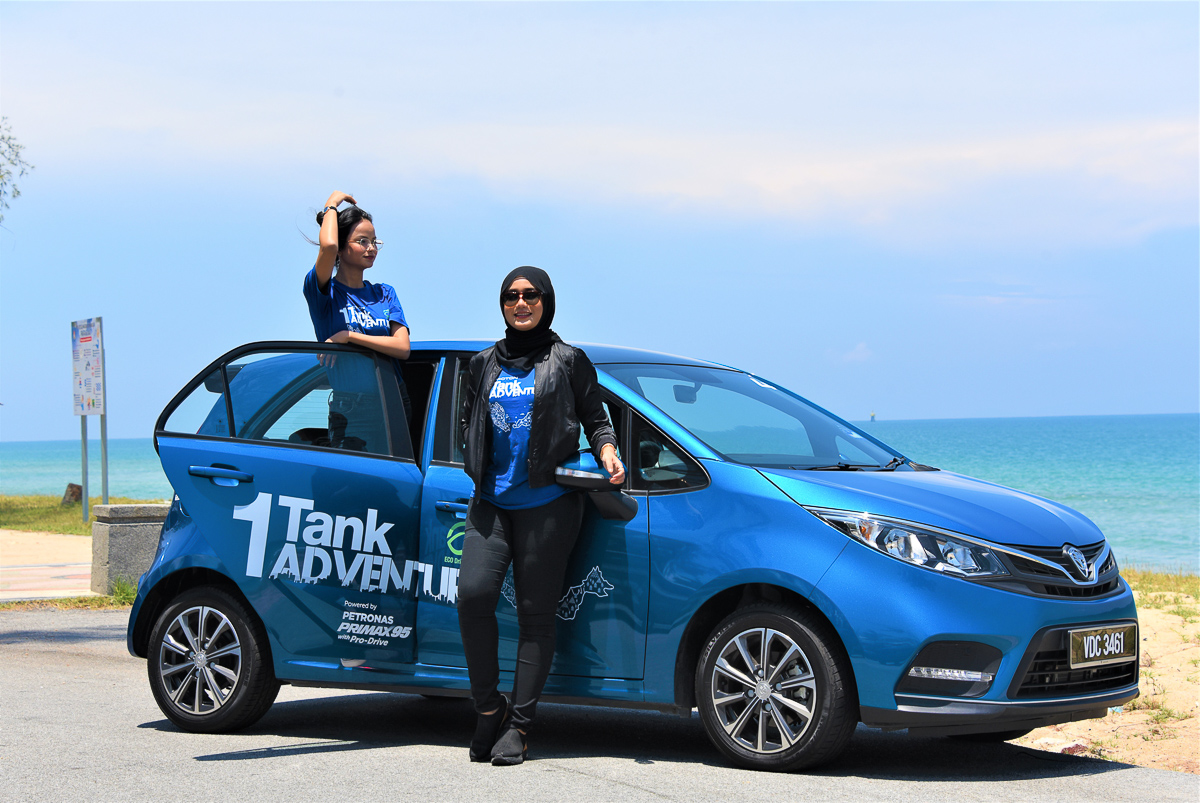 Contestants kept their speeds at a minimum of 70km/h to ensure overall fairness and safety. All of the cars were filled up to the brim using the same Petronas Primax 95 with Pro-Drive where it’s proven to ‘deliver a smoother, more responsive and efficient drive.’ 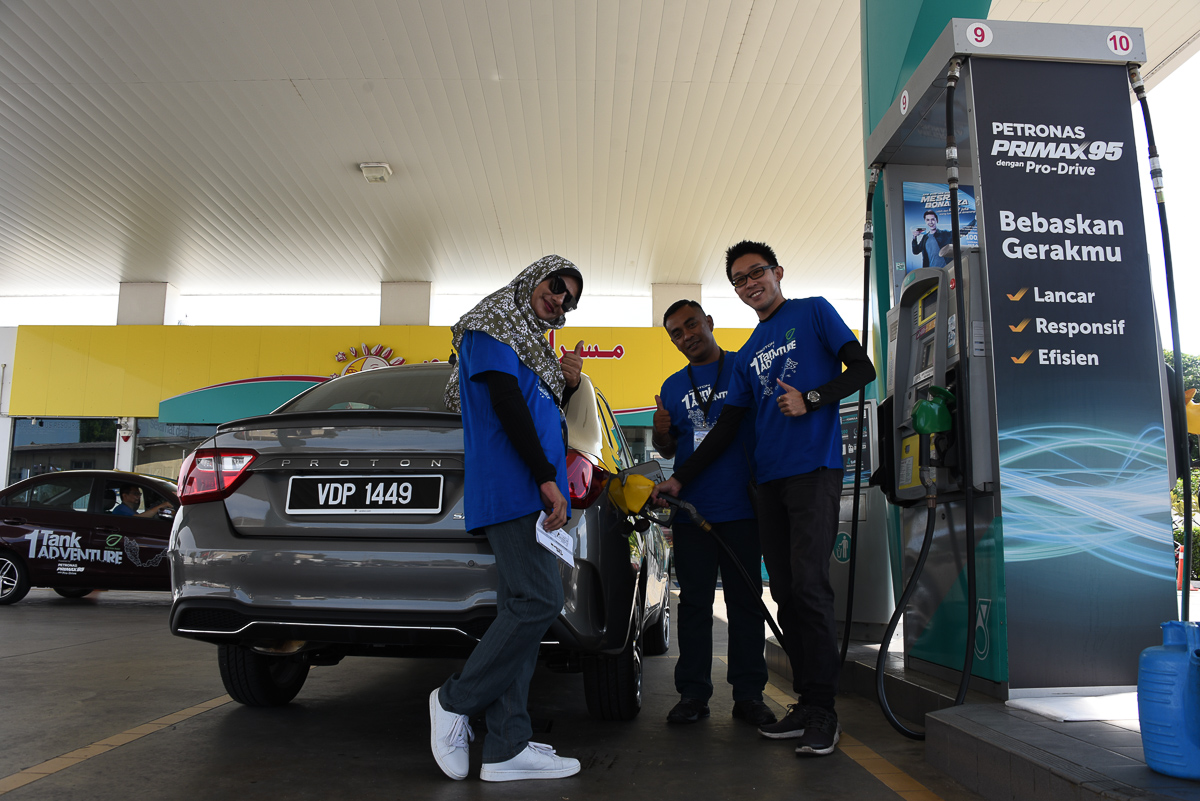 The winners clocked in magnificent fuel consumption ratings where theoretically they can travel in excess of over 800km if pushed to the limits of the cars’ fuel tank capacities. The best results were: 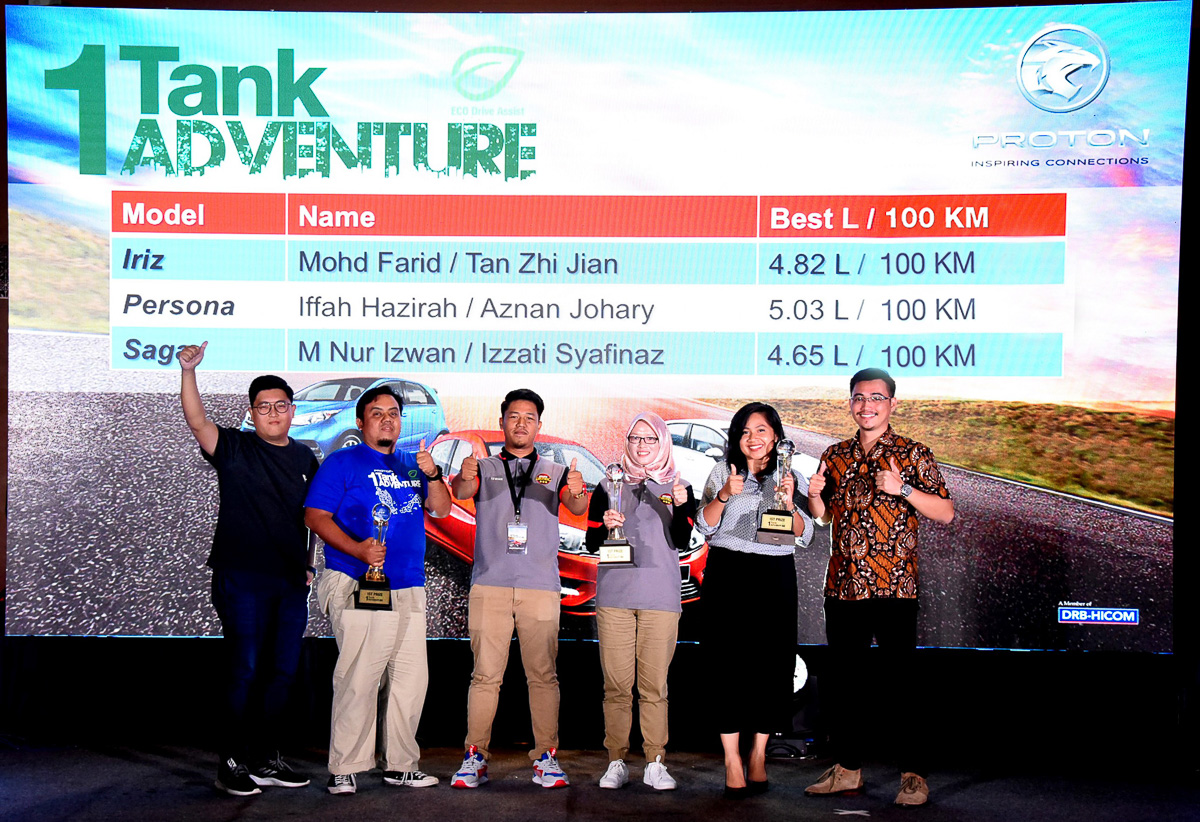 According to Dr Li Chunrong, CEO of Proton, “The PROTON 1 Tank Adventure covered more than 2,305km to measure the fuel efficiency of our cars. Multiply that by the number of competing teams over all four events and over 40,000km would have been logged. This is a ringing endorsement for the fuel efficiency of Proton cars as the figures were obtained by owners and members of media on public roads instead of the confines of a laboratory test.” 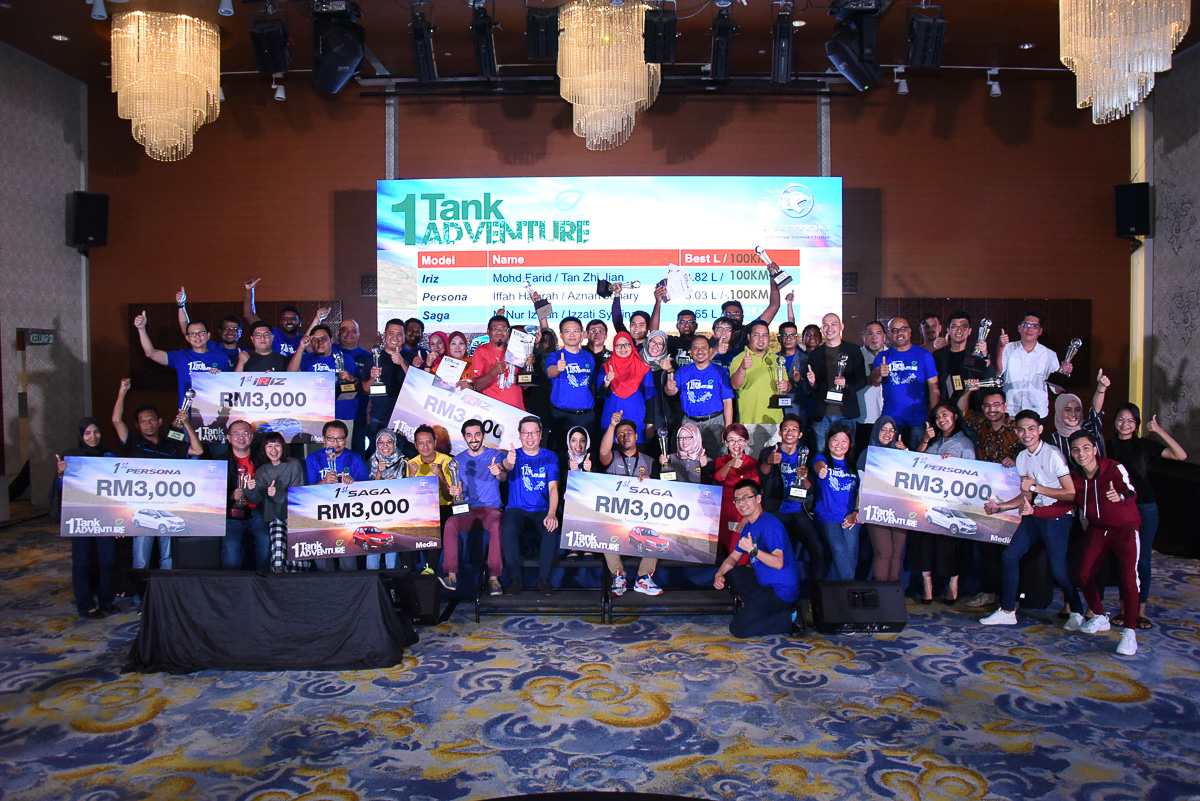 “PROTON would like to have more customer driven events in the future as we want to show all car buyers what Protons are truly capable of. From their fuel efficiency to their styling and advanced features to the ride and handling balance engineered in to all our cars, there are many reasons to choose a Proton as your next car and events such as the 1 Tank Adventure are a great platform to showcase those reasons,” added Dr Li Chunrong. 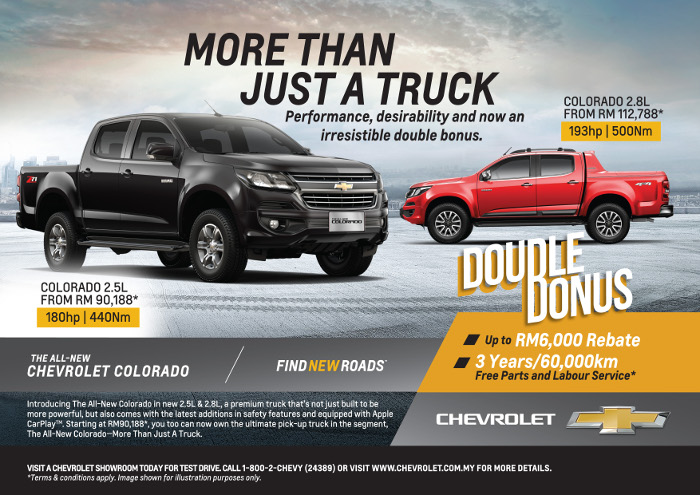 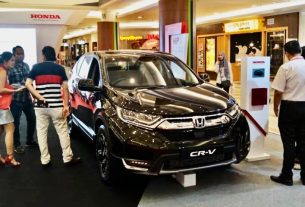 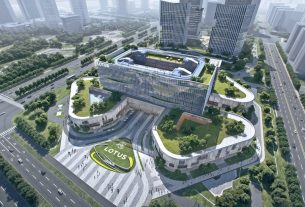