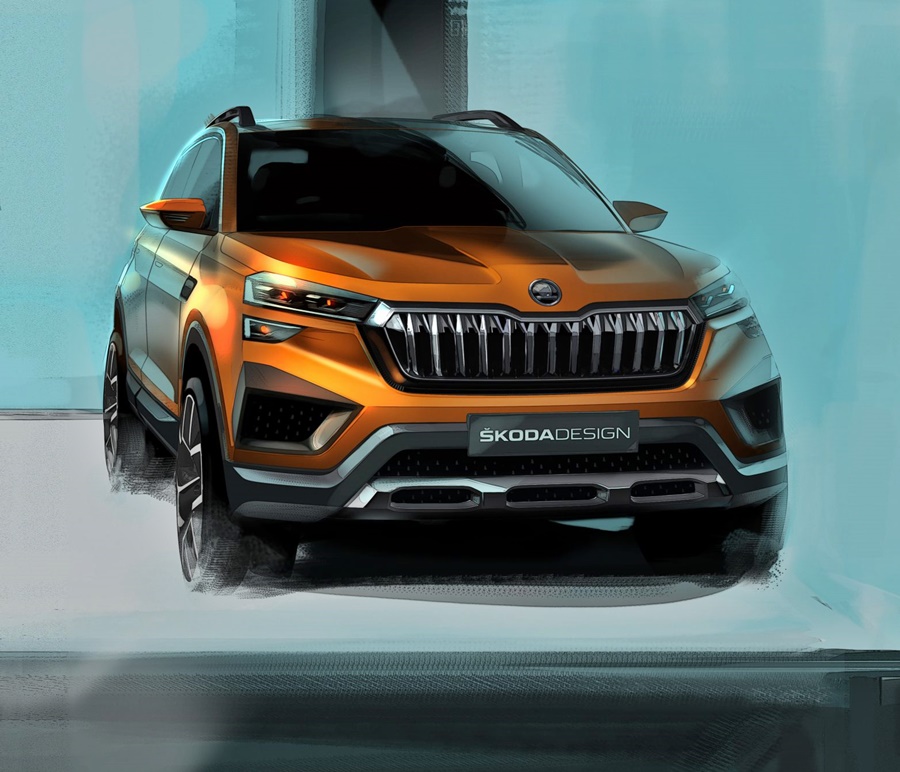 As part of the INDIA 2.0 project, Skoda Auto, the Czech subsidiary of the Volkswagen Group, is leading the activities of the Group brands on the Indian sub-continent. Several cross-brand Skoda and Volkswagen models will be created based on the MQB A0 IN variant of the Modular Transverse Matrix, which the 125-year old carmaker is developing with a focus on India and Indian customers.

The new localised sub-compact platform is being showcased for the first time in the Skoda VISION IN concept model with two design sketches that show the exterior style of the VISION IN. The vehicle, which is approximately 4.26 metres long, have been serving as a study for a new compact SUV model developed especially for the Indian market.

The first design sketch shows the dynamic front which has a wide bonnet with a large Skoda grille incorporating solid ribs shapes the visual impression. The upper, very flat units of the split headlights progress directly to the grille. Beneath is a robustly designed front apron with large side air intakes and a massive front spoiler made of aluminium. 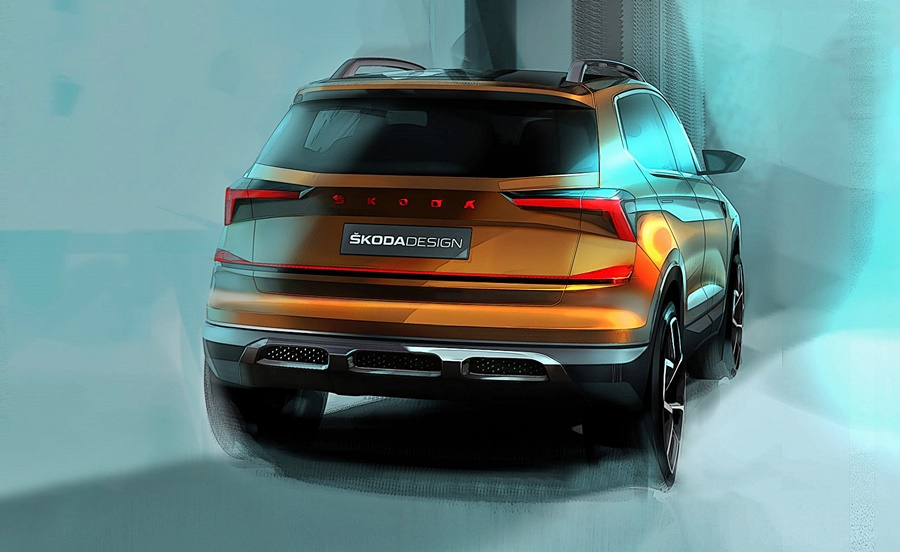 The second sketch illustrates a clearly structured, distinctive rear with sharply contoured, three-dimensional rear lights; an additional horizontal light strip connects the reflectors. Illuminated Skoda lettering is prominently positioned in the centre of the rear; an aluminium diffuser is integrated into the rear apron underneath.

Earlier, the interior was revealed in a sketch which showed a wide dashboard arranged on several levels, echoing the symmetrical contours of the Skoda grille in the centre. The colour orange, which inspires vitality and creativity, is used extensively throughout the interior, for example, on the centre armrest and door panels. 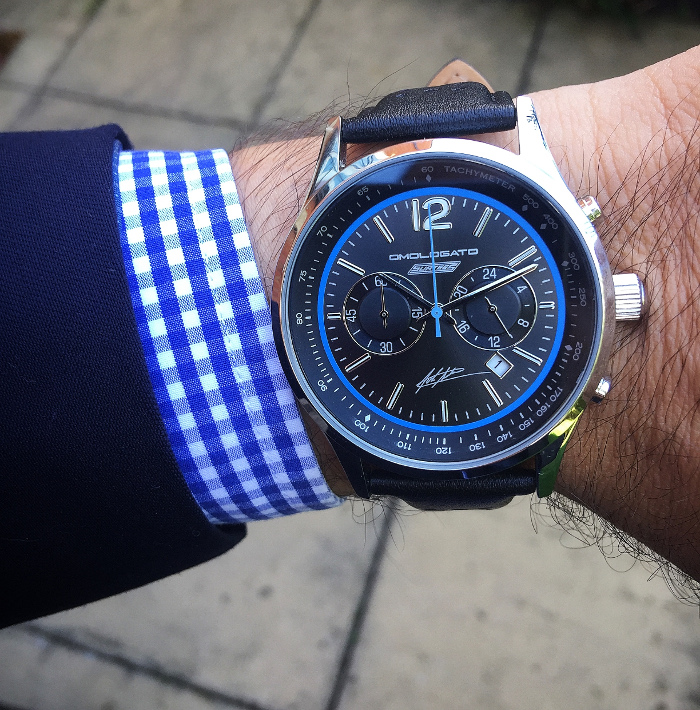 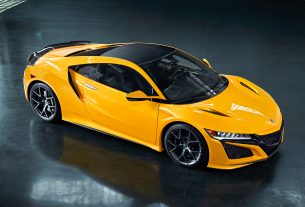 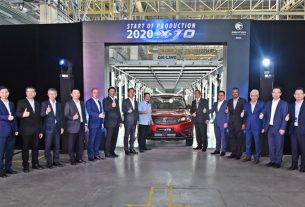