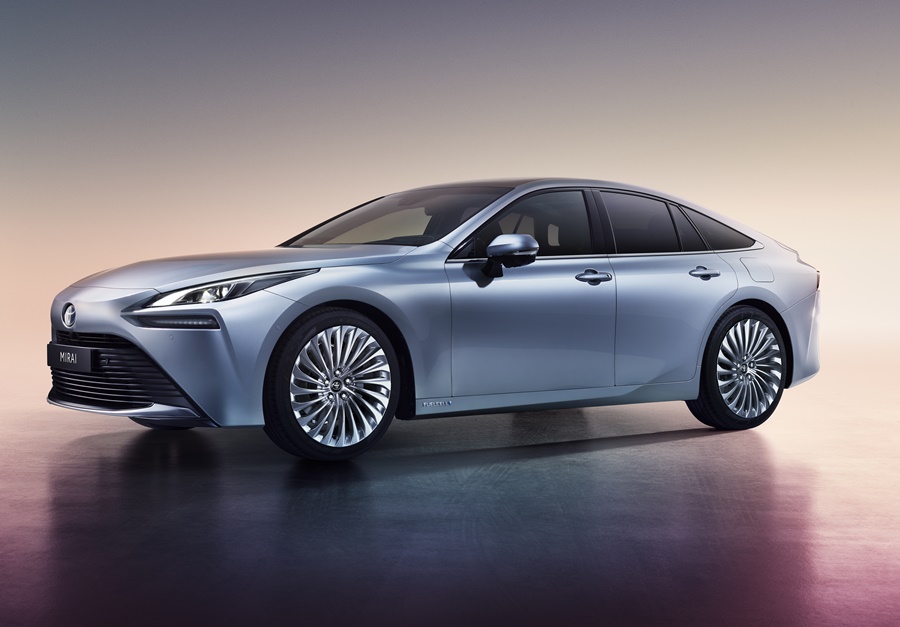 Toyota introduced its first commercially-available hydrogen-powered fuel cell vehicle (FCEV) – the Mirai – in 2014. Technically sophisticated with its advanced technology, the Mirai has served as a catalyst for increasing global awareness of how a future clean and sustainable hydrogen society might be achieved.

Now, 5 years later, after real-world usage and further developments in fuel cell technology, the second generation is due for introduction towards the end of this year. It will be available initially in Japan, North America and Europe.

At the 2019 Tokyo Motor Show, Toyota provided an early glimpse of the advances it is making across the board with the new Mirai, in terms of technical excellence, dynamic performance, and desirable design. Efficiency is still a critical area, and Toyota is targeting a 30% increase in the Mirai’s driving range (around 500 kms with the first generation model) through improvements to the fuel cell system and the use of larger on-board hydrogen tanks. 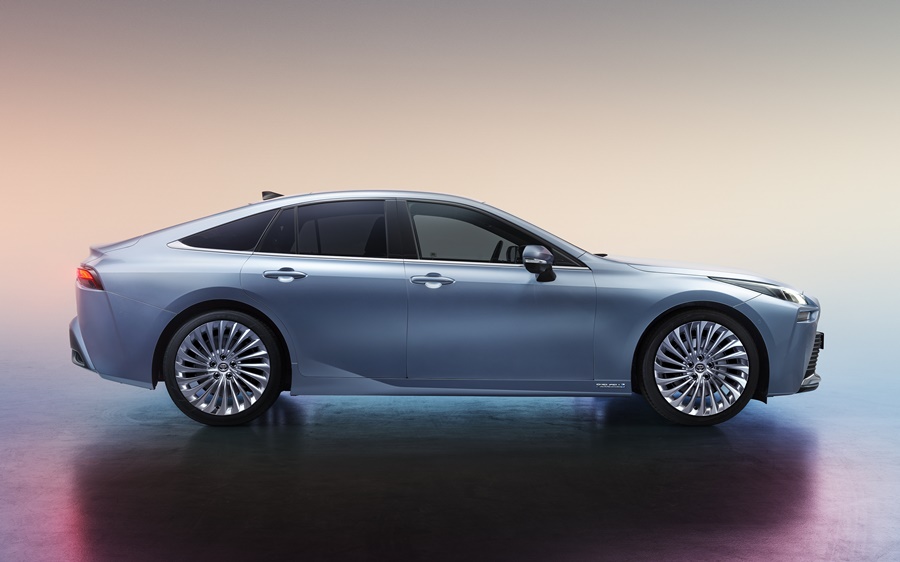 The new Mirai sits on Toyota’s latest rear wheel drive modular platform (TNGA-based) which has been engineered to accommodate different powertrains – including a hydrogen fuel cell – at the outset. It further gives the new Mirai a higher degree of body rigidity, which contributes to greater agility and responsiveness, and a lower centre of gravity, which makes for nimble, rewarding handling.

There will be three tanks – one long, two short – which together increase the fuel capacity by around one kilogram of hydrogen compared to the current model. As well as extending the potential driving range, improvements in the performance of the fuel cell system give more linear, smooth response when moving off. Handling is also said to be light and easy on winding roads.

The big change for the new Mirai’s is its exterior design, with low lines and a sleek, taut bodywork with large, 20-inch diameter wheels that together generate a powerful and distinctive look.

The interior has been conceived as a simple, modern space with a warm, comfortable ambience that adds to the sense this is a car that’s genuinely enjoyable to drive and travel in. Key elements include a 12.3-inch centre display and an instrument panel that wraps around the driver. The platform and intelligent packaging allow for five seats to be provided in place of the current Mirai’s four. 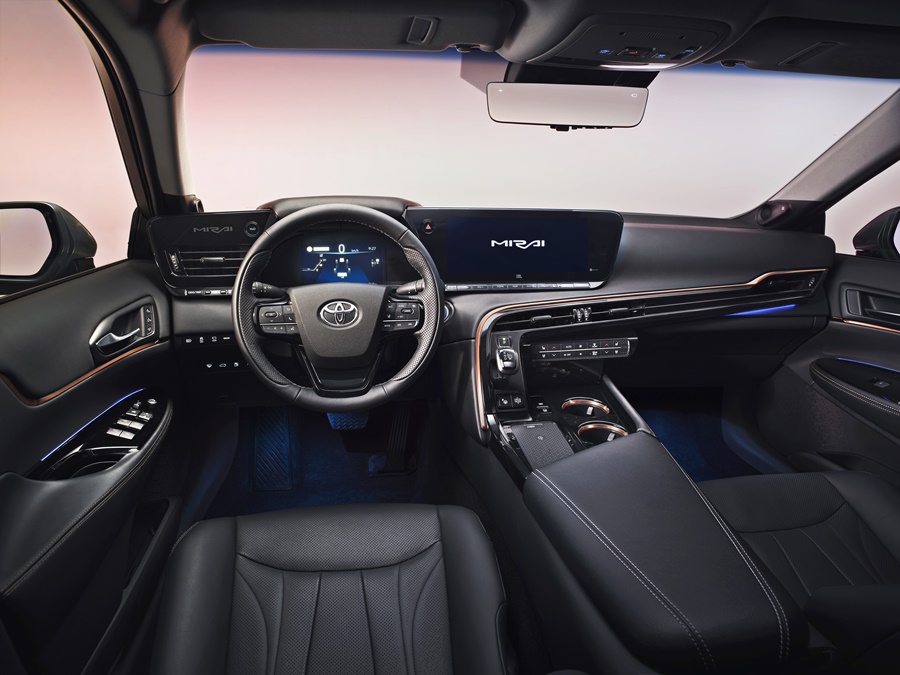 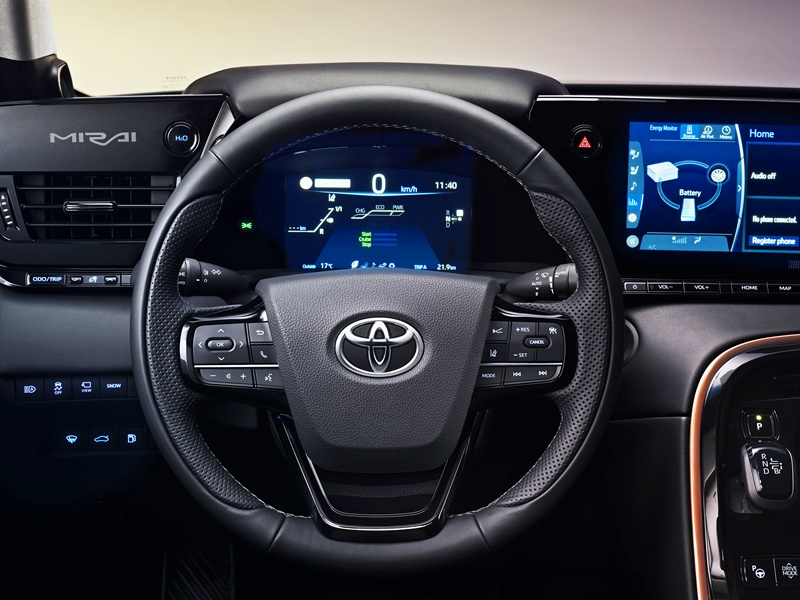 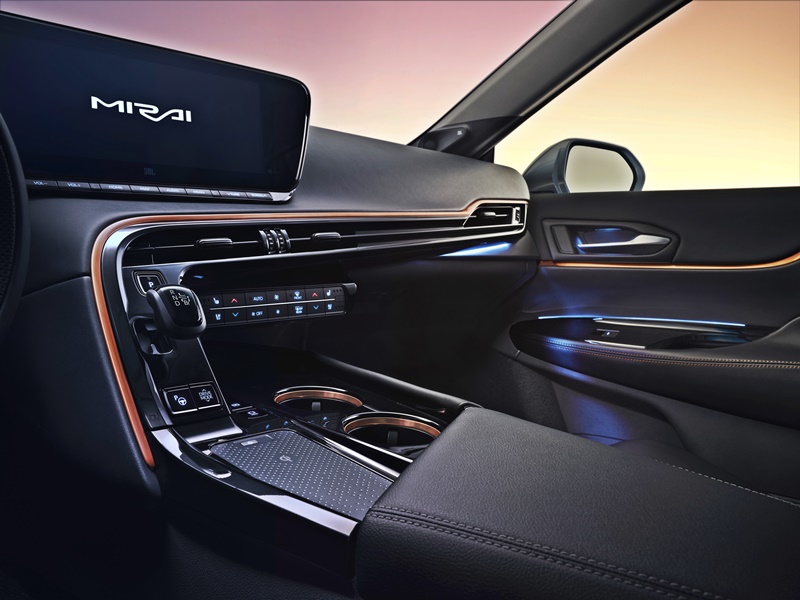 “We have pursued the goal of making a car that customers will feel they want to drive all time, a car that has an emotional and attractive design and the kind of dynamic and responsive performance that can bring a smile to the driver’s face,” said Yoshikazu Tanaka, the new Mirai’s Chief Engineer who also headed the team for the development of the first generation.

“I want customers to say ‘I chose the Mirai not just because it’s an FCEV, but because I simply wanted this car; it just happens to be an FCEV.’ We will continue our development work focusing on that feeling, and we hope that with the new Mirai, we will be a leader in helping realise a hydrogen energy society,” he added. 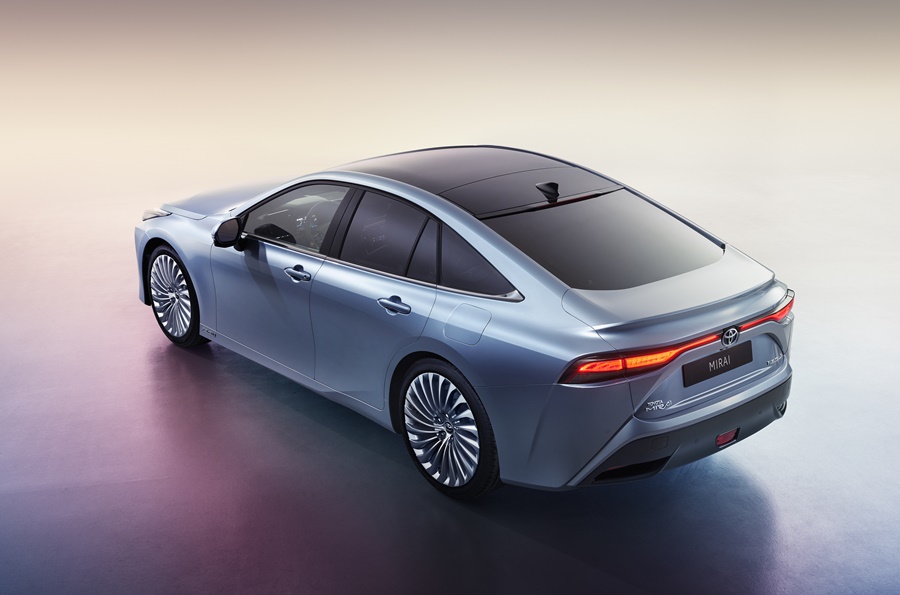 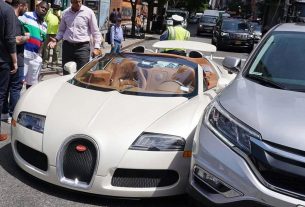 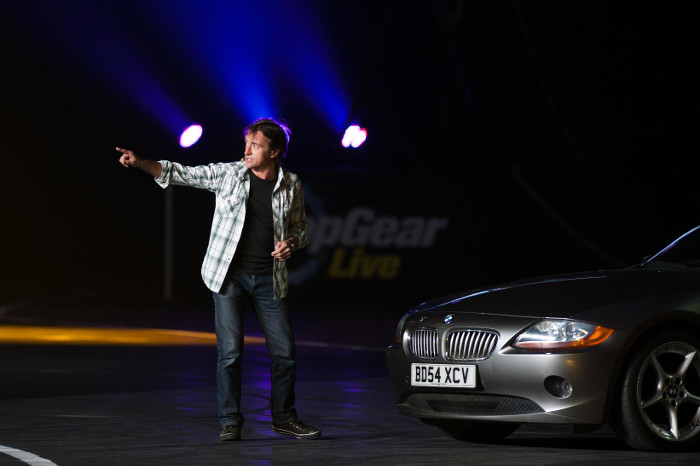 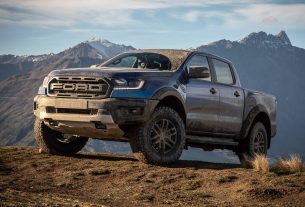