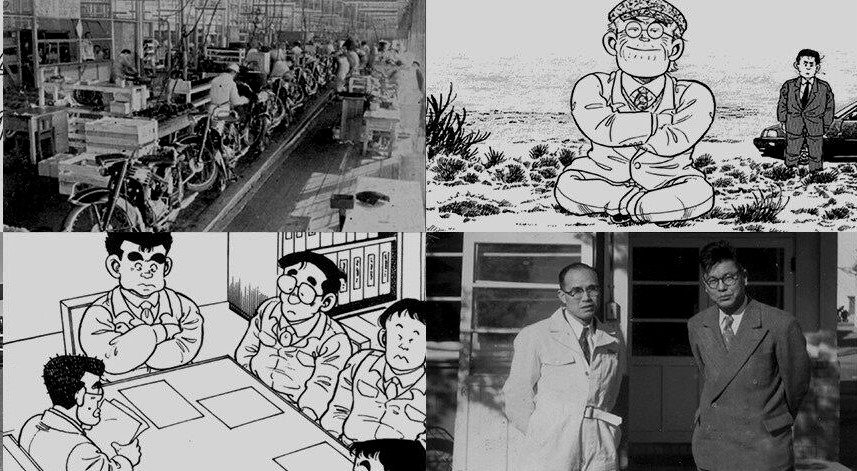 With activities in the auto industry having come to a standstill and people in many countries having to remain at home, it’s a good time for car enthusiasts to find out more about the history of their favourite companies. For Honda fans, there is ‘Honda Origins’, which retraces the life of company founder Soichiro Honda through an animated series combining Japanese-style manga cartoon drawings, audio and historic photographs.

The audio-visual journey from the beginnings of Honda through to its achievements and legacy is presented over 6 episodes each lasting between 10 and 20 minutes.

The series uses the original manga comic ‘Honda Soichiro Hon Den’, published by Shogakukan Inc., to interweave the founder’s life and unique philosophy on life and business with the evolution of the company from its origins to the successful multinational that it is today. 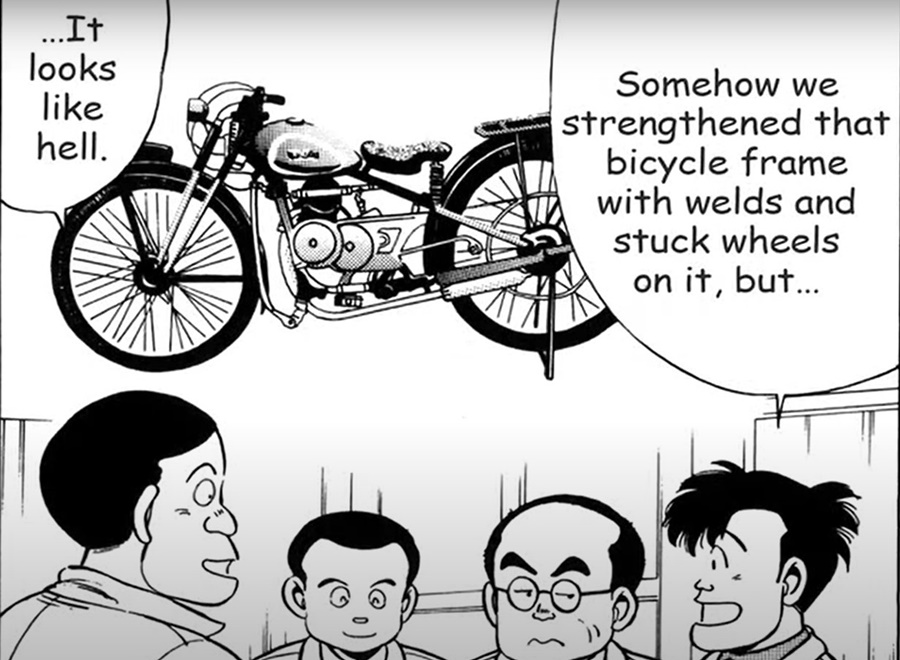 Click here to go to the Honda Origins video series

A story to pass on
The first episode of the series, ‘Bouncing Back’, tells how Soichiro Honda began after the Second World War to found the Honda Technical Research Institute in 1946 in the city of Hamamatsu. His journey towards motorisation started with a generator engine attached to a bicycle. This venture, together with Takeo Fujisawa, his partner, became the Honda Motor Company two years later in 1948. 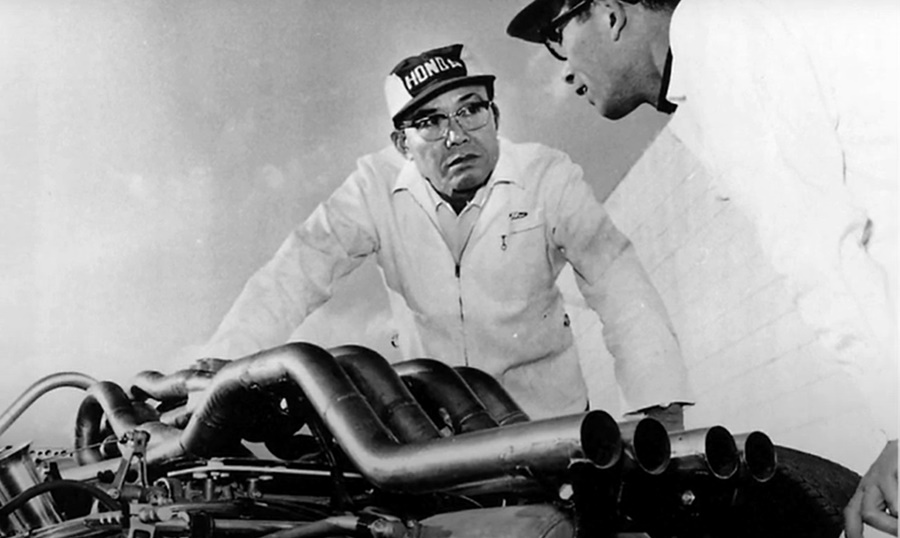 The other chapters (A Dream is Born; Crisis on the Way to the Isle of Man Declaration; American Advance; Veni, Vidi, Vici: We Hate to Lose) describe key moments of his life and values, and the history of the company, making special reference to Honda’s commitment to motorcycles, cars and racing. 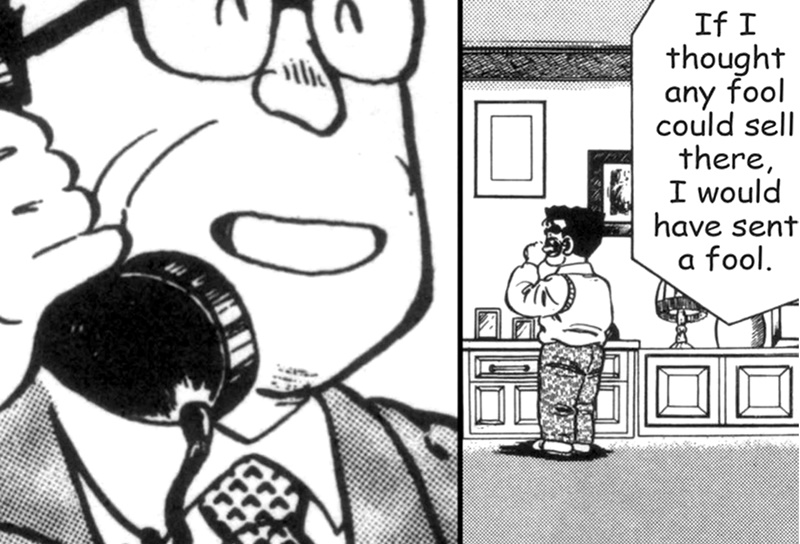 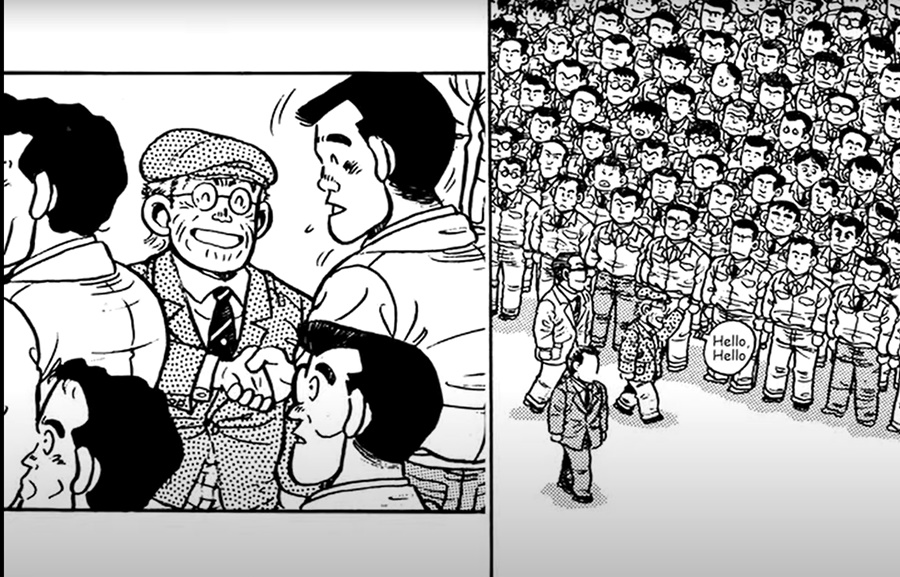 The last chapter in the series (Epilogue) recounts the company’s beginnings as a multinational through its expansion in the USA, and ends shortly afterwards with the joint retirement of the company’s two founders on the same day.

What is ‘success’?
One of the most important values highlighted in the series is perseverance and learning from failure; this is embodied by a quotation from Soichiro Honda that defines the spirit of the company: “’Success’ represents the 1% of your work which results from the 99% that is called ‘failure’”.

Evolution of the Honda logo