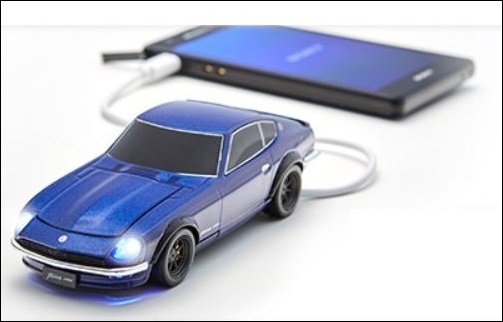 Powerbanks come in all sorts of shapes and sizes these days. Some have unique designs and for car-lovers, especially those who are fans of the Datsun Fairlady 240Z, there’s a powerbank shaped just like the legendary car. A product of Links International based in Japan, the powerbank is a collaboration between the 21-year old company and Nissan.

The energy storage device is a faithful scale reproduction of the sportscar and has functioning headlights and taillights which illuminate to indicate the amount of charge available and status. When charging a device, the white LEDs of the headlights come on, and when the remaining power is 10% or less, the headlights go off. Then the red LEDs of the taillights flash like a brake lamp; when the battery pack is fully recharged again, the headlights will switch on. 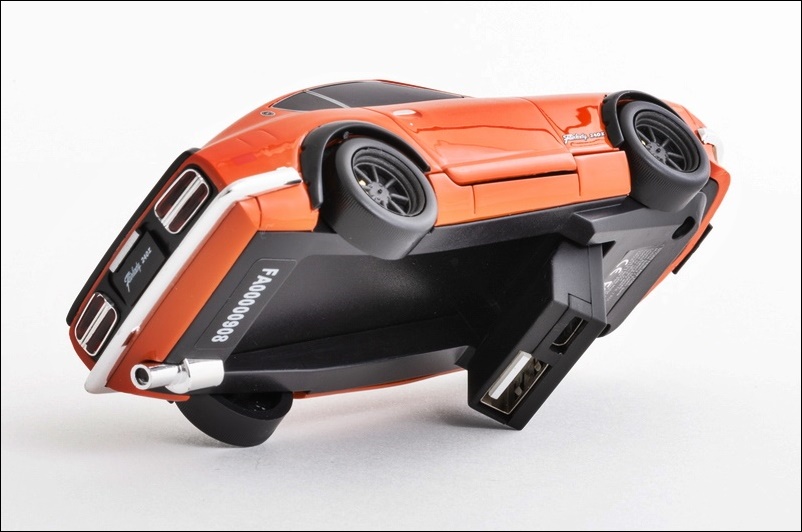 It has a single USB port that swivels out from the underside to connect a cable to the smartphone and a low charging rate of 1A/5V. The capacity of the 130 gm unit is 4,500 mAh which takes approximately 6 – 9 hours to fully recharge through the Micro USB port. The powerbank can be recharged for 500 times.

To protect the device being charged, there are safety circuits to prevent  overcharging, over-discharging and short-circuit. 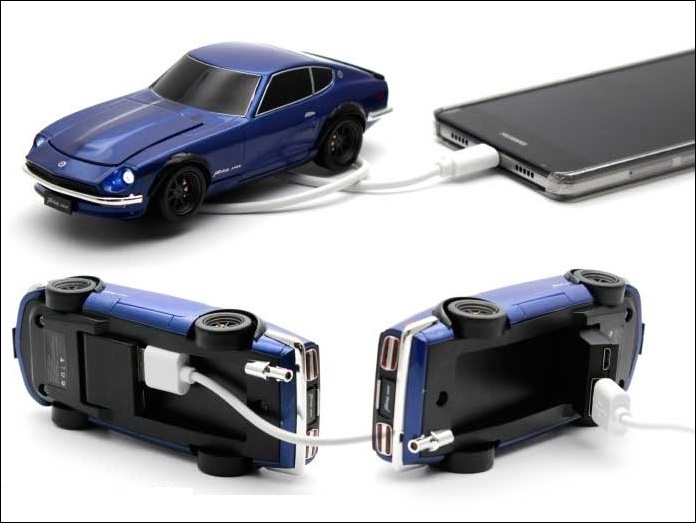 The Datsun Fairlady 240Z Powerbank has been in the Japanese market a while now and is still available from the Nissan Online Shop and some online stores in Japan, priced at 6,600 yen which is equivalent to around RM260. 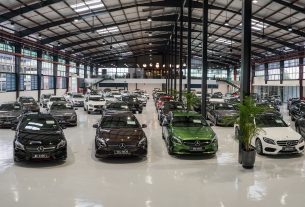 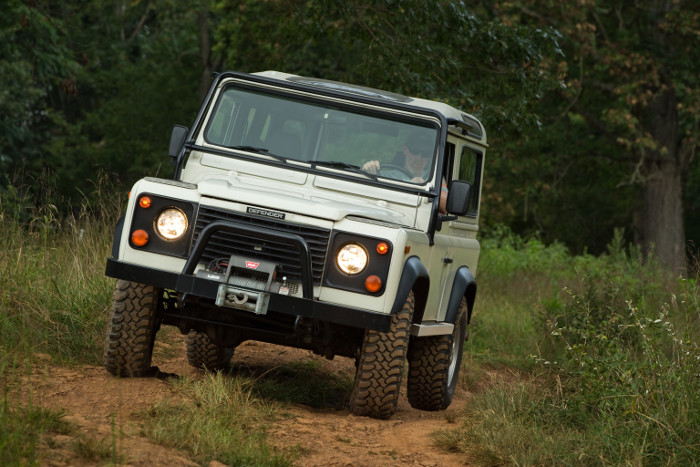 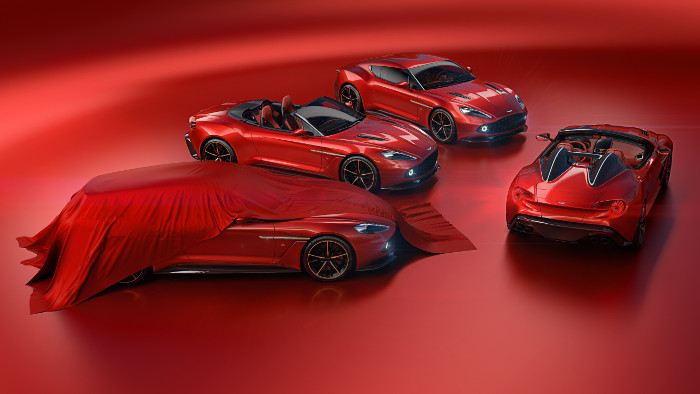