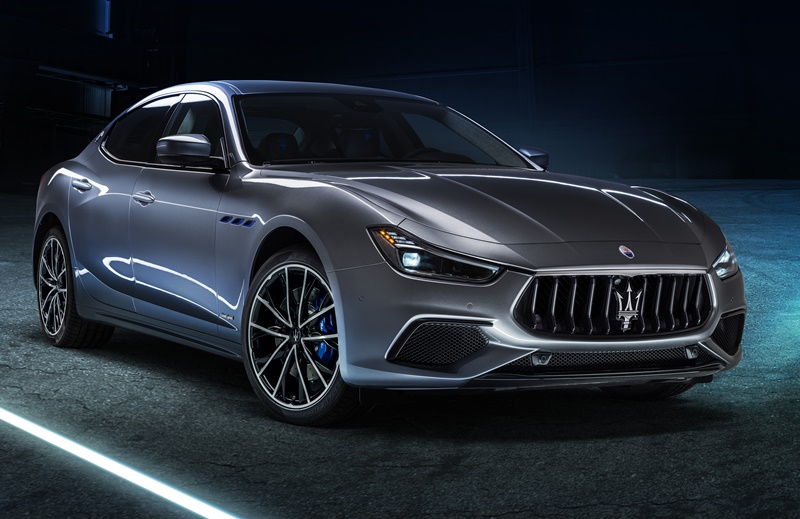 Although Maserati, being at the upper end of the market, has a niche for itself where the character of its cars (and also a SUV) have long been appreciated, it cannot ignore the fact that the automotive world is electrifying. As with SUVs, virtually every brand has or is developing electrically-powered or hybrid models that are the future and Maserati too has an electrification plan for its products.

With the new Ghibli Hybrid, the Italian brand with the Trident as its emblem begins its journey of electrification. It represents one of the most ambitious projects for Maserati, another step forward in its new era following the announcement of the new engine for the MC20 super sportscar.

The choice of the Ghibli to receive a hybrid powertrain is no coincidence. This model, with over 100,000 units produced since its launch in 2013, is said to perfectly embody the manufacturer’s DNA.

Just as BMW, Porsche and Volvo could not release a SUV into the market until it had the brand DNA, it is the same for Maserati which has faced the challenge of entering the world of electrification without altering the brand’s core philosophy and values. 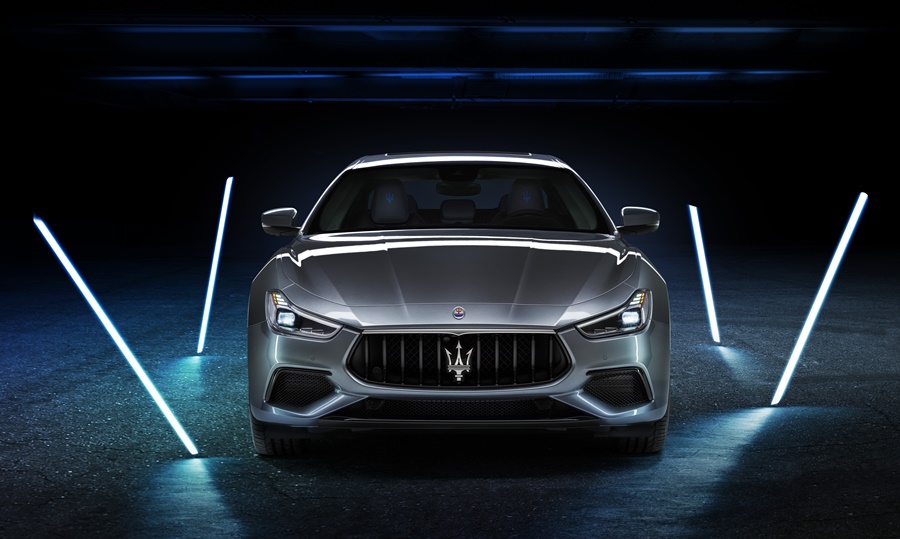 The result? The best possible hybrid sedan the engineers can develop – with the character of a Maserati and that includes the unmistakeable sound (thanks to special resonators). The arrival of the new Ghibli Hybrid thus expands the Maserati range with future-oriented technology.

Hybrid-exclusive styling
The Ghibli Hybrid is immediately recognisable with different styling for the hybrid that features a  different grille, with bars redesigned to represent a tuning fork (a musical device that emits a sound of extreme purity). At the rear of the car, the lighting units have their unique style, with a boomerang-like profile inspired by the 3200 GT and Alfieri concept car.

On the exterior, the blue colour characterises the three iconic side air ducts, the brake calipers and the thunderbolt in the oval that encloses the Trident on the rear pillar. The same colour is used as the theme inside, in particular on the embroidered seams of the seats. 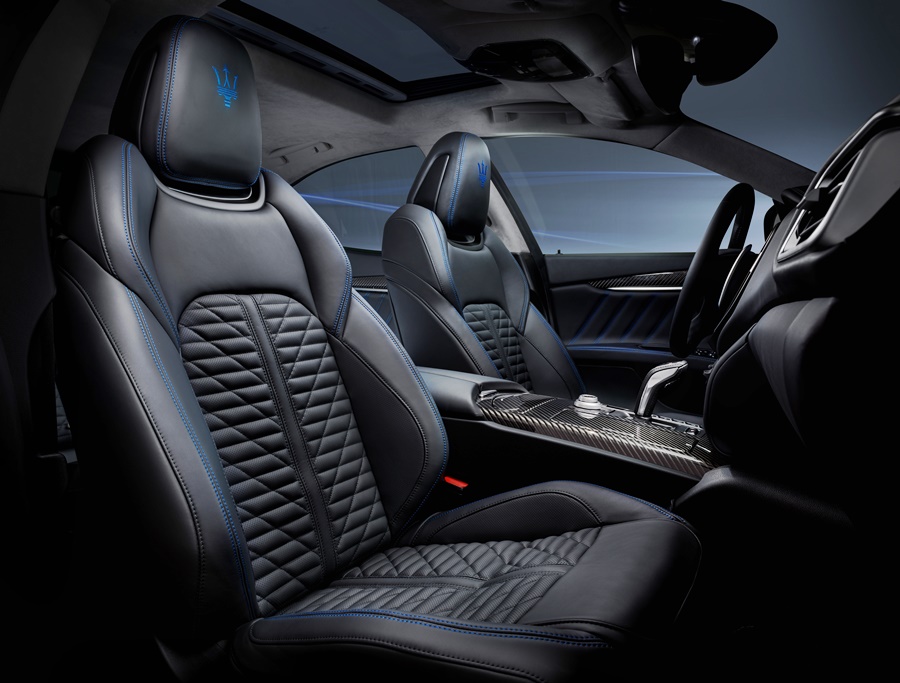 Mild Hybrid solution
Maserati has chosen a hybrid solution focused primarily on improving performance, while also reducing fuel consumption and cutting exhaust emissions. The hybrid technology exploits kinetic energy the car accumulates when in motion, recovering it and transforming it into electricity during deceleration and braking, and storing it in a battery pack at the rear.

The powertrain is the outcome of in-depth engineering development work by the Maserati Innovation Lab. It combines an internal combustion 2-litre petrol engine (4 cylinders with a  turbocharger) with a 48-volt alternator and an additional electric supercharger (e-Booster).

This solution, claimed to be unique in its segment, is the first in a new generation of Maserati powertrains which balance performance, efficiency and driving pleasure. Incidentally, the Ghibli Hybrid weighs about 80 kgs less than the diesel variant. 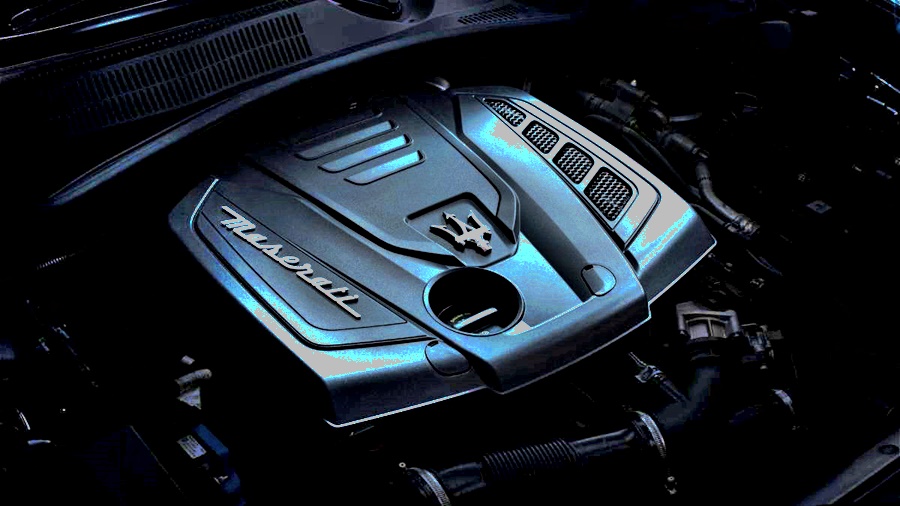 Maserati Connect debuts
Besides electrification, the Ghibli Hybrid also marks the debut of the new Maserati Connect program. This enables a constant connection with the car; the information exchange continues when on the move, to improve the services offered to the driver. As well as the capability of updating the software on board, the system also performs checks on the car and monitors the Safety and Security services in emergencies.

What comes next?
The first cars should leave the factory in late September 2020, with Asian markets likely to see them during the first quarter of next year. Prices will only be announced at a later date, but it is known that there will be at least two variants. 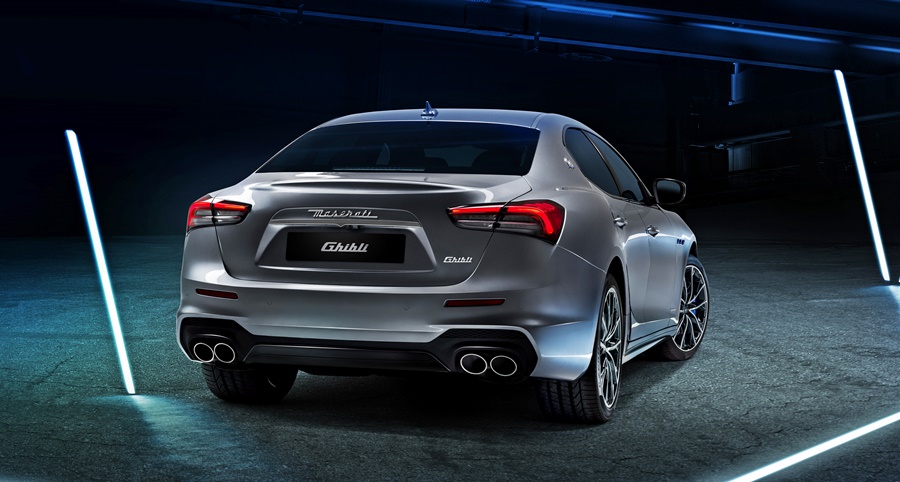 The new Ghibli Hybrid represents the first step in a plan that will lead to the electrification of all new Maserati models. The brand’s first all-electric models will be the new GranTurismo and GranCabrio, scheduled for launch in 2021. 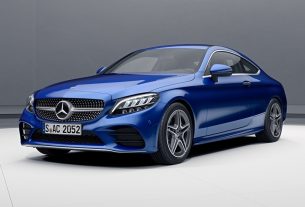 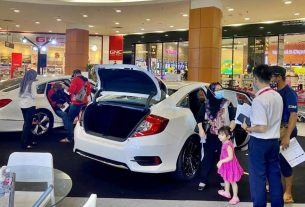 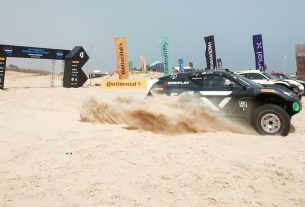 Extreme E/Round 3: Can Nico Rosberg’s team make it three in a row?