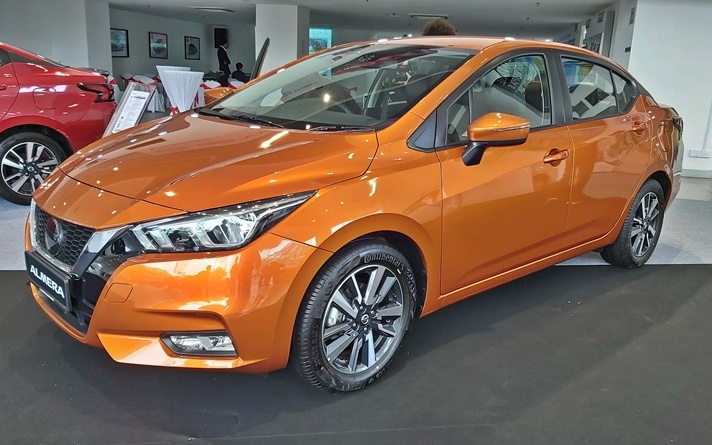 With the environment so competitive, distributors need a regular flow of new models to keep drawing customers to showrooms. Those that don’t get new models after some time have to create ‘special editions’ to sustain interest after a few years and that can be challenging. Edaran Tan Chong Motor (ETCM) has been facing that sort of challenge for a long time as Nissan has been able to offer only a limited number of models for this market.

This year, that ‘dry season’ ends with a brand new Almera to replace the one that has been around for a long 8 years. The all-new generation is the fourth for the nameplate though in the Malaysian market, it is the second. Designated ‘N18’, it first appeared as the Versa in America in the third quarter of last year, and then in Thailand by the end of the year. Perhaps we would have got it earlier had it not been for COVID-19 shutting down the country for a few months, and forcing everyone to postpone their launches. 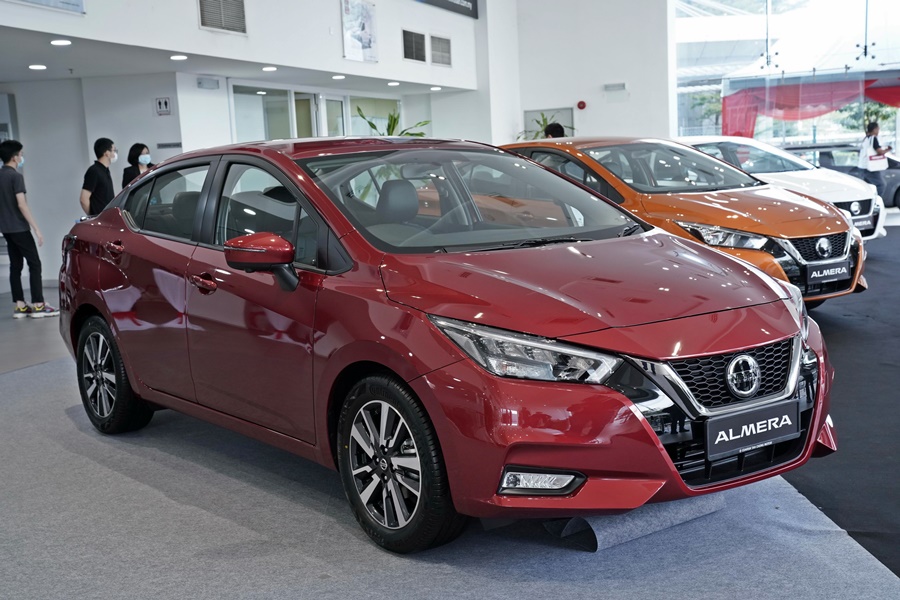 Pay more but get more for your money too
The new Almera Turbo is assembled at the Tan Chong plant in Serendah, Selangor and deliveries will start in October. ETCM is accepting bookings now for the model which will be available in three grades – VL, VLP and the VLT at the top – with estimated pricing between RM8X,XXX and RM9X,XXX. This is higher than the current 2-variant range which starts at RM66,000 and goes up to RM75,000+ (with exemption of 10% sales tax).

The increase in the price range would be justified by the amount of new tech that has been put into the Almera Turbo. Even though it is the entry-level model to the Nissan range in Malaysia, the list of equipment and features is impressive, particularly the driver assistance systems.

ETCM declares that the Almera Turbo VLT (the top version) for the Malaysian market is the best equipped in the region, which was not the case before. For instance, the cars sold in Thailand don’t have LED headlamps and their wheel size goes up to only 15 inches, whereas the Malaysian version is 16 inches with 205/55 tyres.

Joining the family in looks
The new car’s overall looks retain the profile of its predecessor but looks much more modern. At the front, the signature V-motion grille design unites the latest model with the rest of today’s Nissan family. The boomerang-shaped LED headlamps are also a familiar signature on Nissan models these days, providing another element of brand identification. 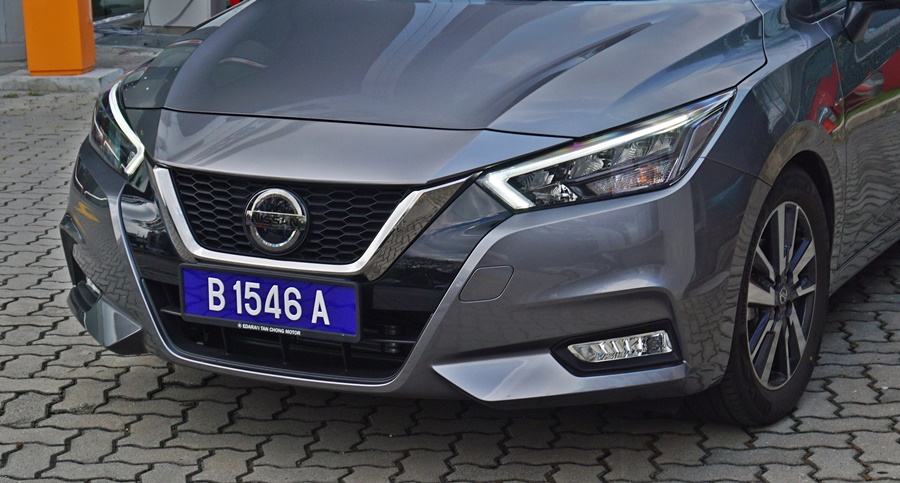 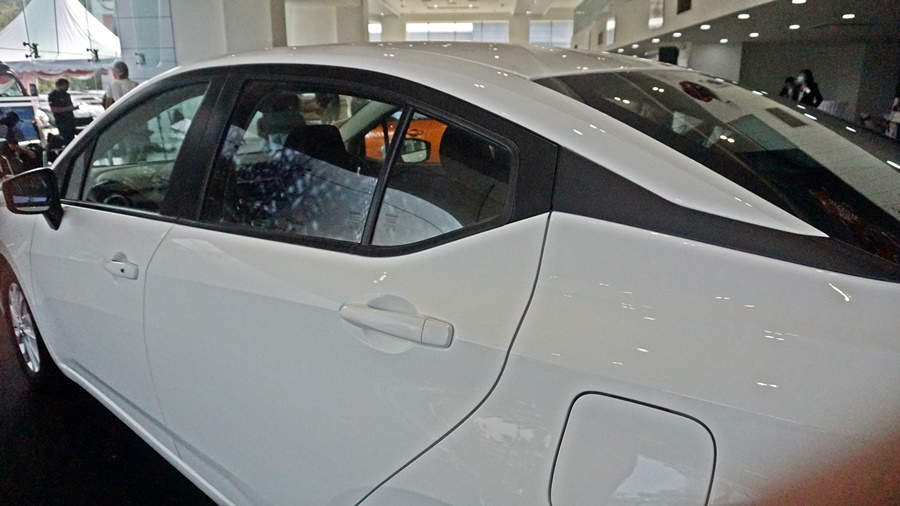 The styling treatment on the C-pillar follows that of the LEAF EV, creating a ‘floating roof’ sort of appearance. The rear end takes on a modern look with LED lighting units and for the top version, there’s also a discreet spoiler which helps lower the Cd to 0.284. 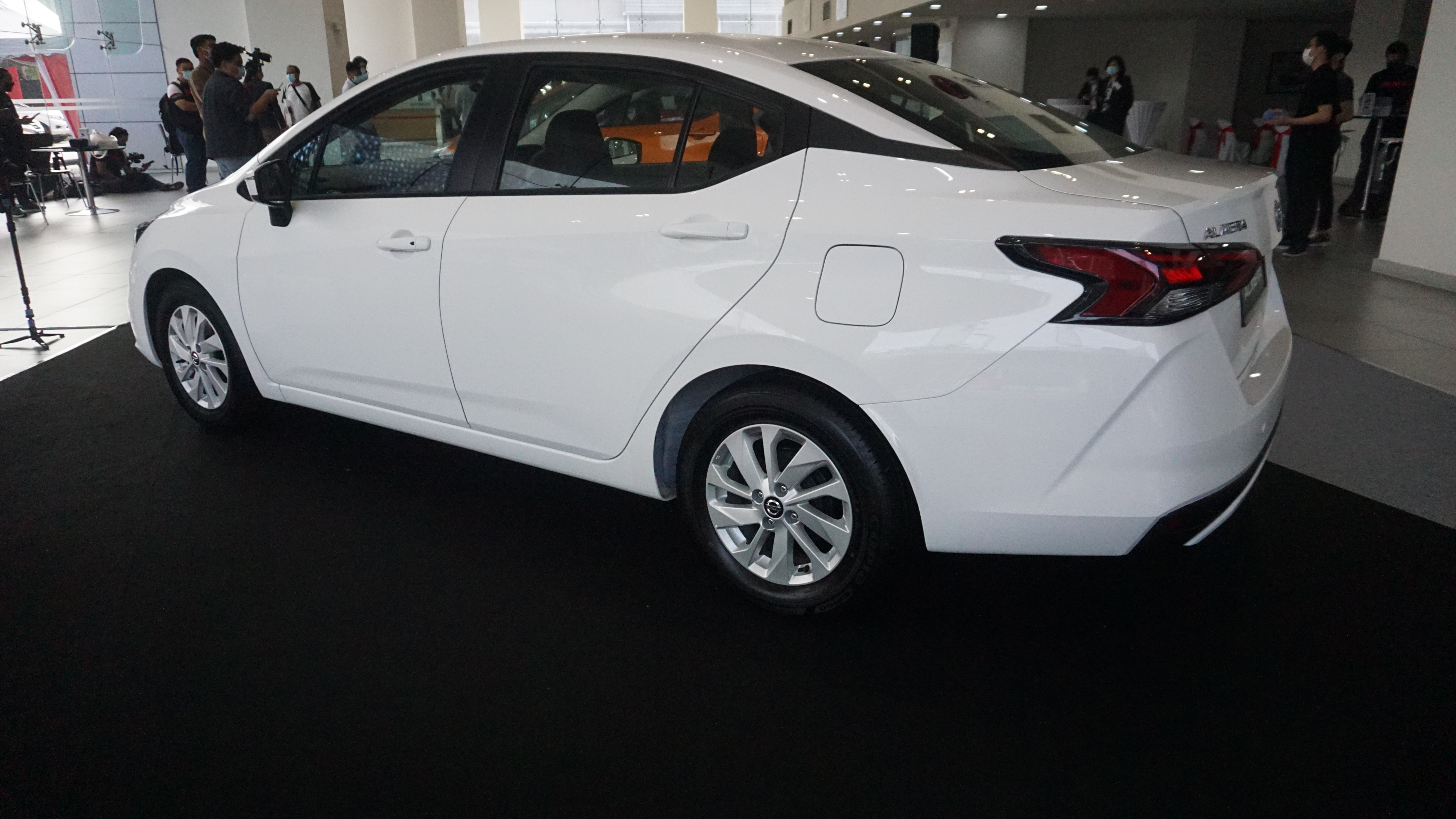 Dimensionally, the Almera Turbo is a bigger car than before – 70 mm longer and 45 mm wider – with a wheelbase that has been extended by 20 mm. This would improve interior space which was one of the strong points of the Almera when it was previously launched. The boot volume is 482 litres and the divided rear backrests can be folded down to expand the capacity by extending the length of the floor.

Intelligent and safe
Promoting Nissan Intelligent Mobility and Nissan Safety Shield 360, ETCM has packed more safety features into the Almera Turbo. All three variants get Intelligent Forward Collision Warning and Emergency Braking which can not only reduce accidents but should a collision occur, the pro-active action can  help to reduce the damage.

There are up to 6 airbags installed at the front and sides and the usual Active Safety Systems – ABS, stability control, traction control, brake assist, etc – are present in all variants. ISOFIX points are also provided in the rear seats for two compatible childsteats.

For those who place safety as a high priority, what comes with the VL variant are features which were only on the more expensive Nissan and Infiniti models just 10 years ago. There’s Blind Spot warning (with the warning shown on the door mirrors as well as the instrument panel), Rear Cross Traffic Alert when reversing, and an Intelligent Around View Monitor.

The monitor gives a top-down view of the car to aid parking and it’s also possible to switch views to one of the four sides for a closer look at the surrounding. No more excuses not being able to park properly in a bay and getting photographed to be shamed!  The system also has Moving Object Detection which alerts the driver when there are moving objects around the car. 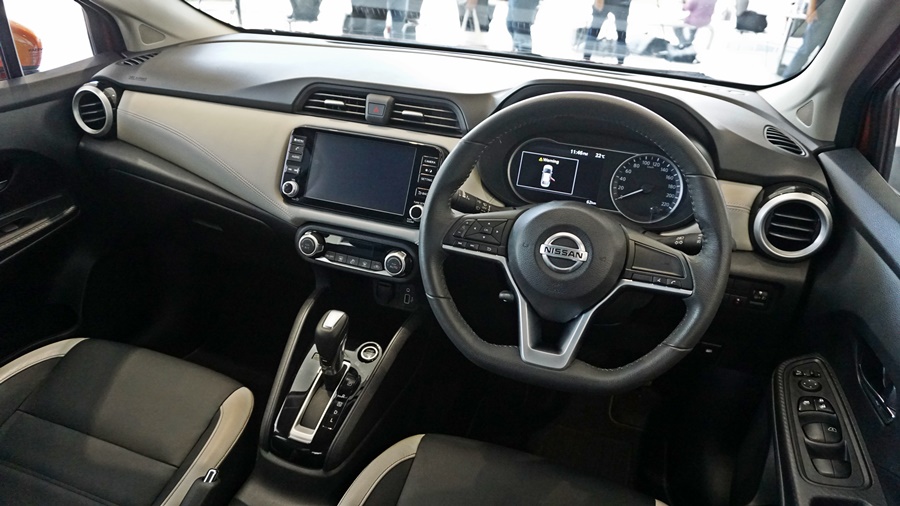 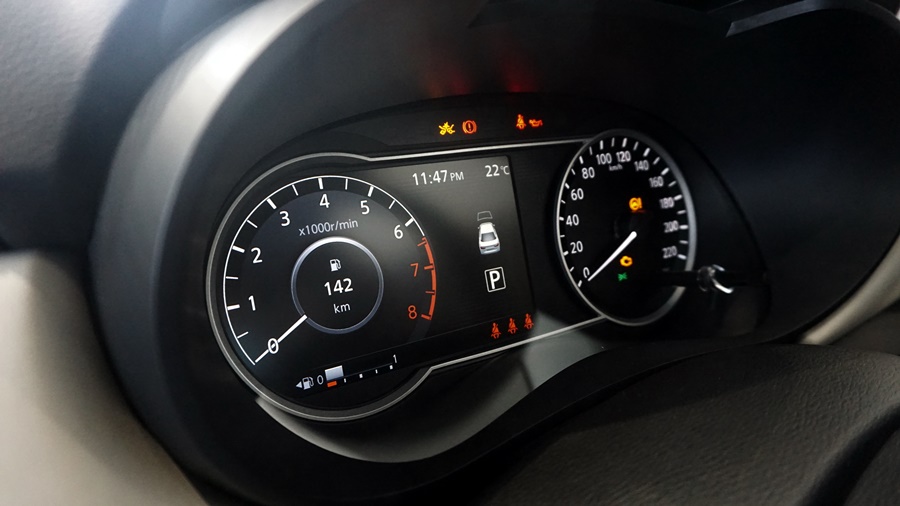 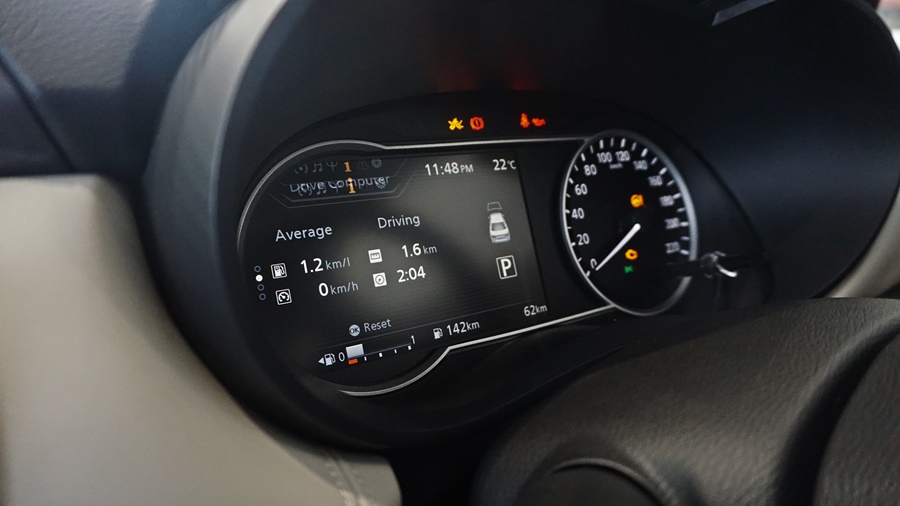 Much of the information is shown on the instrument panel as well as the 8-inch full colour touchscreen in the middle of the dashboard. The new spacious ‘Gliding Wing’ instrument panel design has a combination of a conventional analogue speedometer on the right, and a variable display on the left. The driver can choose to show a tachometer, fuel consumption (average and historical) and warnings of other vehicles ahead or nearby. A coolant temperature bar can also be displayed for those who have concerns about the operating temperature. 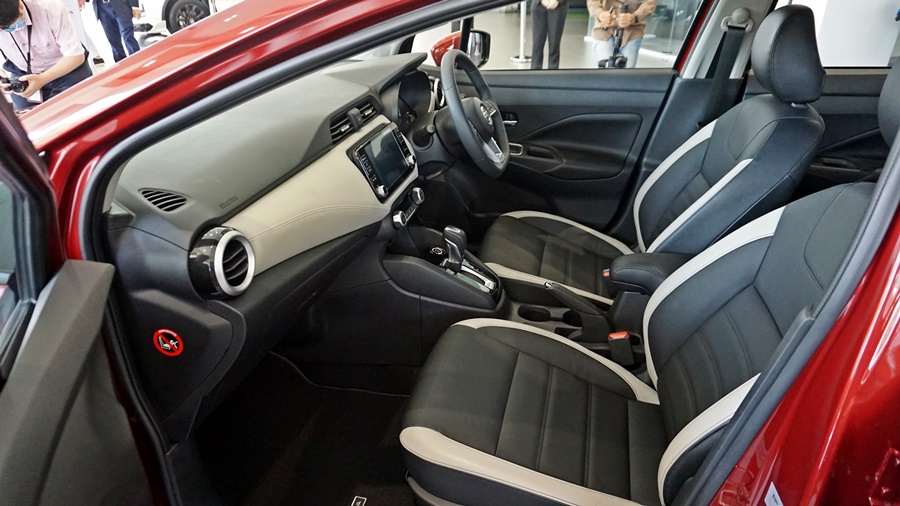 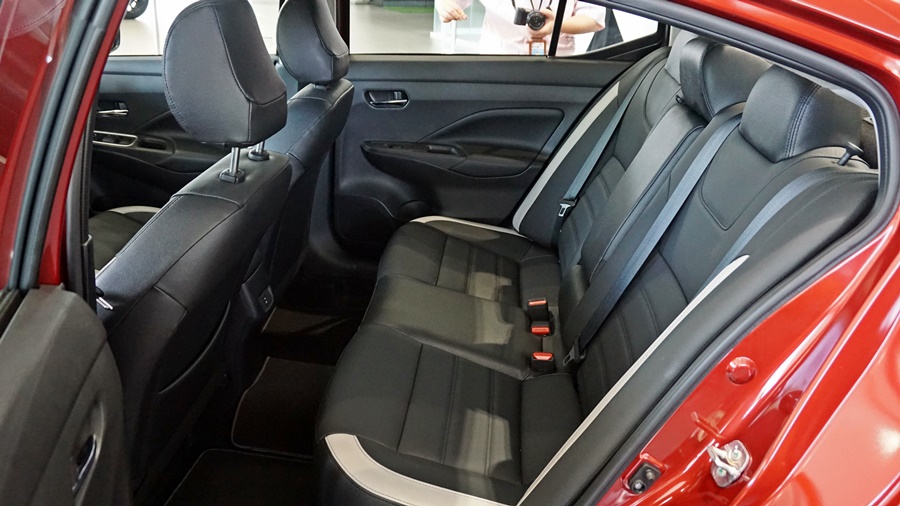 The equipment list is as good as other rivals in the same segment and for the more expensive versions, ETCM has added leather upholstery, cruise control, leather-wrapped steering wheel and shift knob and automatic climate control. Pushbutton starting/stopping of the engine is standard and there’s also Apple CarPlay for smartphone connectivity.

152 Nm of torque from 1 litre
Under the bonnet is a Nissan HR10DET engine and this is a 3-cylinder unit with a displacement of 999 cc. This is big news because it’s a bold move for ETCM to choose a 1-litre engine (although they probably don’t have much choice as they must follow other ASEAN countries) instead of a bigger powertrain. The last time ETCM sold a 1-litre model was in the 1980s when it had the March hatchback.

Malaysians are still displacement conscious, never mind that with all the modern technology plus turbocharging, smaller engines now generate as much power – and even more – as larger engines. Many Malaysians still regard small displacement engines as being ‘weak’. Their first question would be ‘can go up Genting or not?’, the steep road up to the hill resort being a test of performance.

Perhaps it’s because of our fuel being priced low (with subsidies until early this year) that motorists don’t think too much of economizing on fuel costs. But in other countries, motorists are much more conscious and appreciate it when they can get lower fuel consumption and yet not have to sacrifice performance. 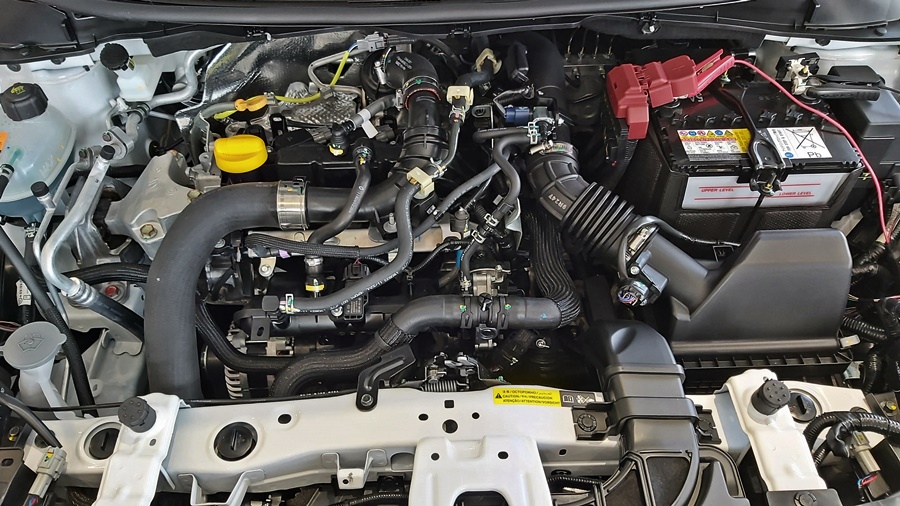 The 1-litre engine in the Almera Turbo produces 100 ps, just 1 ps less than the 1.5-litre engine of the outgoing model. But what is more impressive – and useful – is that it generates up to 152 Nm of torque which is 13 Nm or 9.3% more than the 1.5-litre engine. And where the maximum torque in the bigger engine was only available when it was spinning at 4,000 rpm, all 152 Nm is available from 2,400 rpm all the way to 4,000 rpm. This means that take-offs will be strong and overtaking will be quicker.

Over 40 years ago, when Daihatsu introduced the world’s first 3-cylinder, 4-stroke engine in its Charade, the 1-litre engine produced only 60 ps and 81 Nm. It was enough to give zippy performance with the light hatchback. Back then, fuel delivery was by a carburettor but today’s 1-litre engines have a turbocharger which boosts output significantly. The turbocharger in the Nissan engine also has an electronic wastegate, managing the high compression pressures efficiently to reduce turbo lag.

Multipoint electronic fuel injection (EFI) also helps deliver fuel more efficiently and while EFI, turbocharging and 4 vales per cylinder already boost output, the 67% higher output compared to a 1-litre engine in the late 1970s is also due to other technological advancements. For example, there is Mirror Bore Coating Technology – adapted from the mighty GT-R engine – which reduces friction internally.

So it’s really time to put away the negative perceptions about engine displacement and give attention to the output numbers instead. The displacement may be small but these modern engines like the HR10DET can provide performance comparable to bigger engines, and they will save you money.

ETCM claims that the Almera Turbo can go up to 18.4 kms per litre which means the full tank of 35 litres should be good for at least 650 kms.

First driving impressions
At today’s introduction to the new Almera Turbo, ETCM also offered the chance to get brief driving impressions around the Glenmarie area. It was certainly a welcome opportunity to check out the new engine powering the car.

I certainly remember what a 1-litre engine used to be like, having driven the old Charade back in 1977. Such small engines have also been used in Perodua models over the years and it is clear that they have improved, and with the Almera Turbo’s engine, the advancement is really quite impressive.

As expected, the car moved off the line with eagerness. The shifts were smooth with the next-generation XTRONIC CVT that uses a D-Step Logic System. This software-based system creates a feel of the CVT that is like a conventional torque converter transmission with linear progression. On occasions when the road slopes steeply, the transmission can be locked in low ratio for easier forward progress. 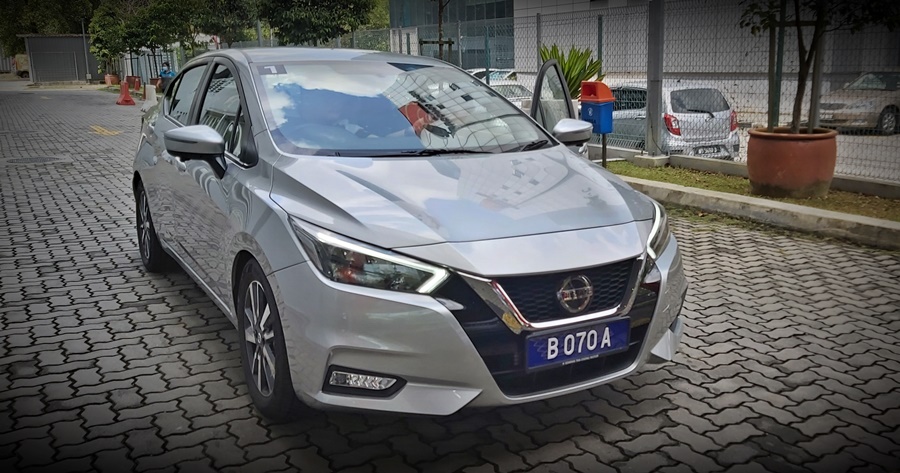 Although noise levels were reasonably low, that ‘motorboat sound’ typical of 3-cylinder engines could still be heard. It’s common with such engines and you get used to it. What’s more important is that the Nissan engineers have been able to overcome the vibration issues that are inherent in 3-cylinder engines. Even under hard acceleration, the engine was almost as smooth as a 4-cylinder unit. 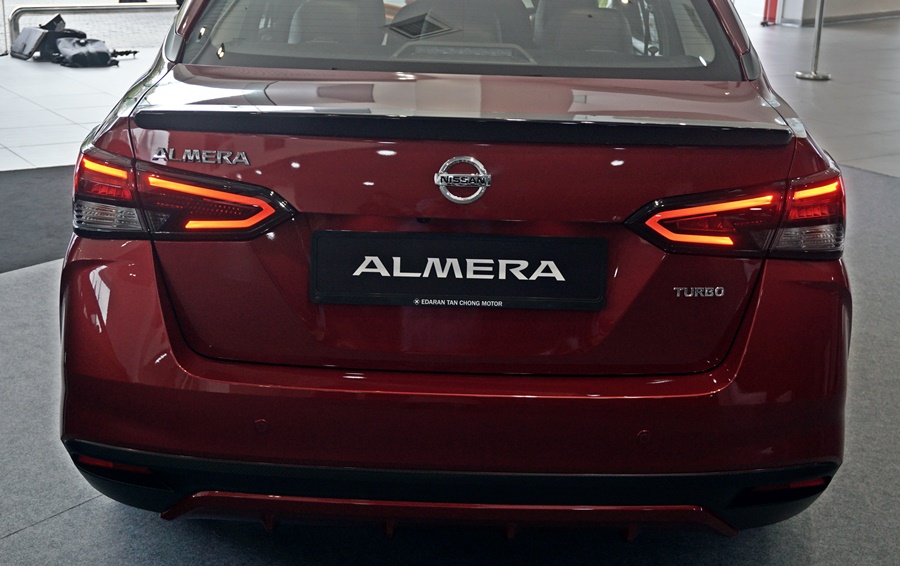 Generally, the engine provides as much performance as most people would require. If you are law-abiding and do not venture over the highest national speed limit, 100 ps is fine. If you are in a hurry, you still have the high torque for safe and quick lane changes when there is a need overtake. There wasn’t a steep slope to check its climbing ability but I am sure that it will do ust fine. Definitely, this car will have no problems going up to the Genting Highlands resort.

If you want to find out yourself, ETCM starts the test-drive program for the public this weekend and next weekend at 18 showrooms around the country. And just for going on a test-drive in the Almera Turbo, you could also win a RM2,199 iPhone SE. To locate a showroom, visit www.nissan.com.my. 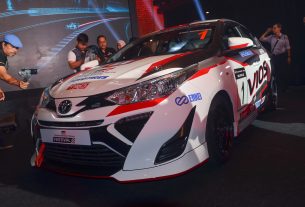 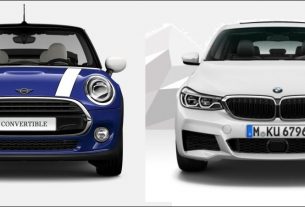 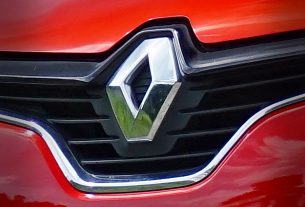 Savings on tyres and batteries for Renault vehicles