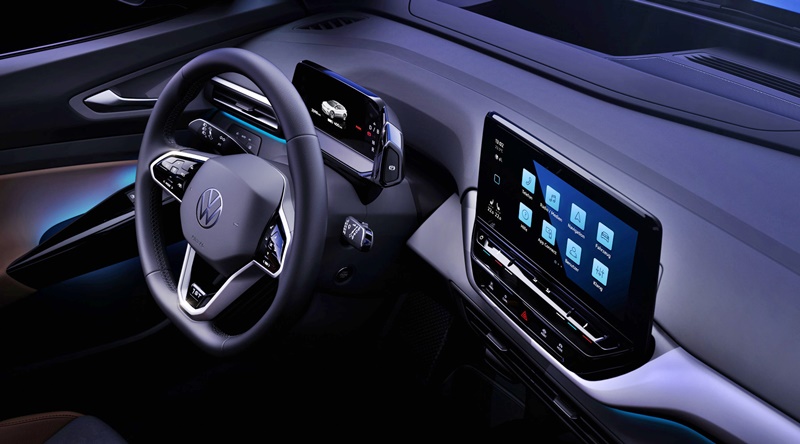 Volkswagen’s ID family of all-electric vehicles designed from scratch consists of at least seven models, of which two are ready for the market. The first is the ID.3, a hatchback based on the original ID concept shown 4 years ago. Production is underway and order-taking began in July this year, with first deliveries starting in October 2020.

Now attention is being switched to the ID.4, which will be the brand’s first all-electric SUV, to reach the first customers before the end of this year. Like what some other carmakers have been doing, highlights are being revealed prior to the commercial launch (at the end of this month). 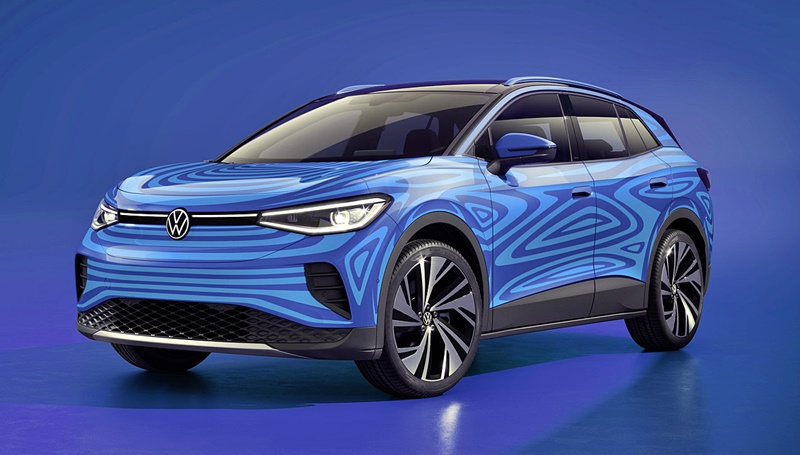 Following a description of the aerodynamic exterior, we are now being told about the interior. Having had the opportunity to start from a clean sheet – or perhaps a clean hard disk might be a more appropriate term – the interior designers have been able to provide plenty of space with a purist approach. This has been partly helped by the use of the new MEB platform, developed for electric vehicles.

Traditional SUV elements maintained
While there is much departure from traditional SUVs, some elements are maintained – like the large door openings, commanding all-round view and high seating position. These are what people have been buying SUVs for and would still expect even if the powertrain is entirely different.

The door handles on the ID.4 lie flush with the body and come with electric unlocking. Inside, the cabin area is a generously planned space with the rear seat bench offering as much space as a conventional SUV in the next higher category. There’s also plenty of luggage space and even with the rear seats in use, the available volume is 543 litres. 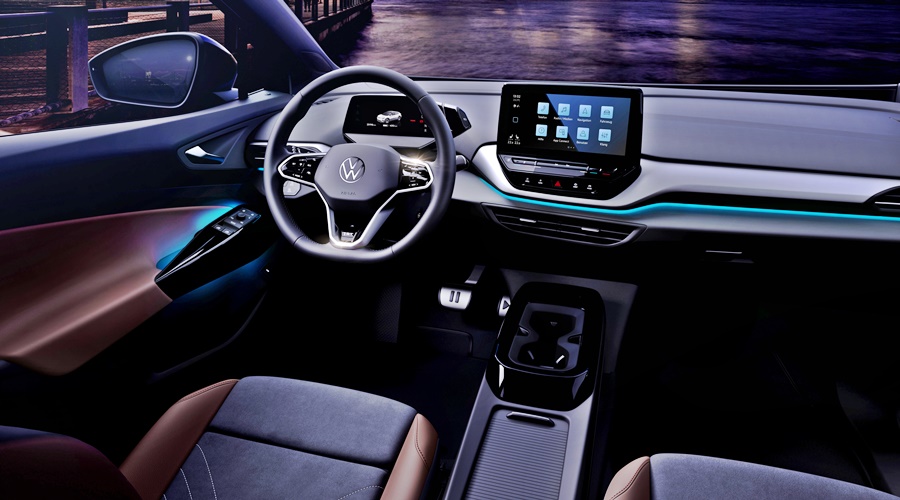 The front seats are sporty and comfortable, their design and structure bearing the seal of approval by the German Campaign for Healthier Backs. They will come with a number of electrical adjustment options, while their pneumatic lumbar supports have a built-in massage function.

The materials used underline the character of the ‘feel-good’ lounge. There will be versions with seat covers made from animal-free materials. They are constructed of a combination of leatherette and ArtVelours – a microfibre material that consists of around 20% recycled PET bottles.

Ample sense of space
The ID.4’s interior design underlines the ample sense of space. Similar to the exterior design, it appears flowing and lightweight, focussing on the essential. The dash panel seems to be floating, as it is not linked to the centre console, which has been designed as an independent component. 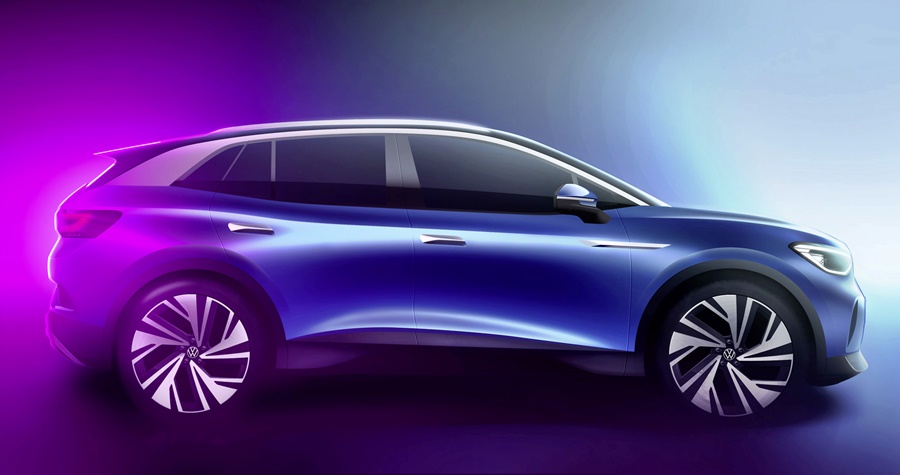 The steering wheel, steering column, the housings of the display and control panels in the doors come in trendy Piano Black or purist Electric White. The bright colour sets a futuristic highlight throughout the vehicle interior and underlines its clear-cut design.

A large, tilting panoramic sunroof made of glass (optional) gives unrestricted view of the sky. As darkness falls, the background lighting can be adjusted within a 30-colour spectrum to set striking highlights in the vehicle interior.

Klaus Zyciora, Head of Volkswagen Group Design, emphasises that the entire display and operating concept has been designed logically and with a straightforward character. “The intuitive operability of the ID.4 brings a new, electric ease to the crossover SUV category,” he explained.

ID.Light
ID.Light is a new feature that will be offered in all ID. models. This is a light strip below the windscreen which supports drivers in a host of situations with intuitive lighting effects in different colours.

For instance, ID.Light will signal to the driver that the vehicle’s drive system is active and that the car has been unlocked or locked. It accentuates information issued by the driver assist and navigation systems and signals braking prompts and incoming phone calls.

In conjunction with the navigation system, ID.Light helps to smoothly guide drivers through traffic. By blinking, it recommends a lane change and can also warn the driver if their ID.4 is in the wrong lane. 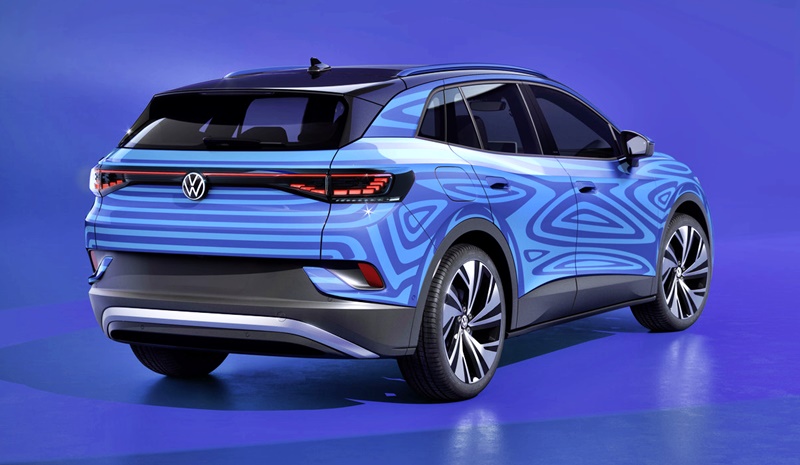 For sale in major regions
The ID.4 will be part of the globally booming, compact SUV segment and Volkswagen’s plans call for it to be produced and sold not only in Europe but also in China and later in the USA. For this reason, the Volkswagen brand will be investing 11 billion euros in electric mobility by 2024 as part of the Transform 2025+ strategy.