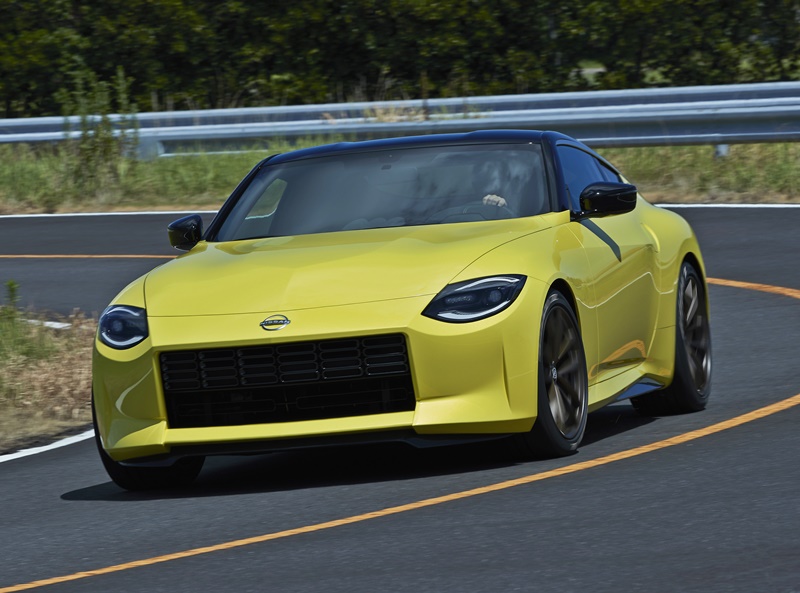 The epitome of what driving pleasure is all about – the sportscar – will never go away. In spite of periods when the numbers declined and many carmakers decided that they could not afford the luxury of making such cars, the voices of the enthusiasts around the world (and also within the company) have brought back sportscars.

The Nissan Z is one such example. An icon among sportscars, it was among the first from a Japanese brand and it made a tremendous impact, especially in America where the biggest number has been sold in its 50-year existence.

Other than a short break in the early 2000s when Nissan was recovering from financial difficulties, the Z has had a presence in the Nissan range with the generation on sale since 2009 being the sixth one.

Soon a seventh generation will be launched and it will be a totally new design with new technologies, as would be expected after a lapse of some 10 years. Nissan gave an online preview of the model – referred to as the ‘Z Proto’ for now – today from its base in Yokohama, Japan, with a clear promise that ‘the new Z is on its way’.

It wasn’t difficult to understand the excitement and passion of the original Z and earlier generations as many people involved in the project had memories of the sportscar and even owned it, including Nissan CEO Makoto Uchida, who introduced the Z Proto.

Past meets future
The design of the Z Proto was done largely in Japan and while feedback was considered from many markets, Hiroshi Tamura, Chief Product Specialist of the Z Proto, admitted that the comments of the Z community in America were influential simply because it is where the most Zs have been sold.

Given the heritage of the car, it’s only expected that the designers would constantly look back at past generations, especially the very first one, for inspiration and guidance. The long-nose silhouette, in particular, is a must for the Z but the retro theme is also combined with projected futurism.

“Our designers made countless studies and sketches as we researched each generation and what made them a success,” said Alfonso Albaisa, Head of Design at Nissan. “Ultimately, we decided the Z Proto should travel between the decades, including the future.”

The shape of the bonnet and the canted, teardrop-shaped LED headlights are both unmistakable reminders of the original Z. “The LED headlights have two half-circles that hark back to the Japan market-only 240ZG of the 70s,” Albaisa explained. “The ZG had clear dome lenses over the headlight buckets, which under light give off two circular reflections over each headlight. We liked that unique characteristic and discovered that it naturally fit with the Z’s identity.” 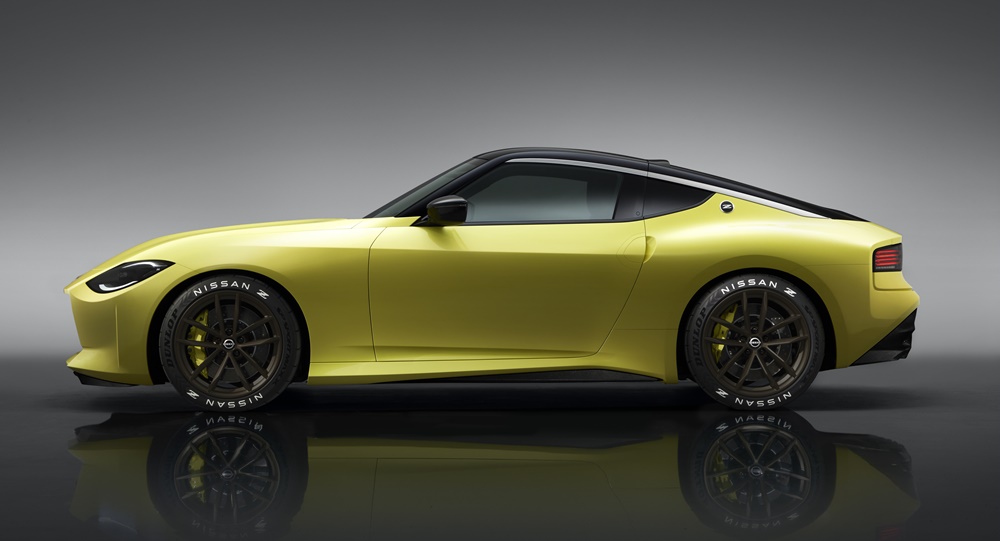 The rectangular grille’s dimensions are similar to the current model with the addition of oval grille fins to offer an updated modern look. However, the link to the original Z is most striking when viewing the Z Proto from the side. The roofline flows from the nose to the squared-off rear to create a distinctive first-generation Z profile whose rear edge was slightly lower than the front fender height giving the Z its unique posture. The signature transition from the rear quarter glass to the low-slung position of the rear tail adds to the effect. 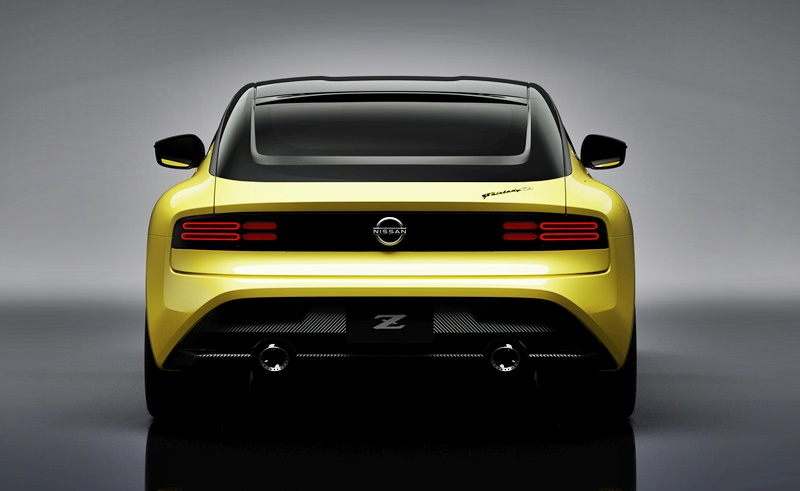 The rear takes inspiration from the 300ZX (Z32) taillights, reinterpreted for the modern world. Set within a rectangular black section that runs across the rear and wraps around the outer edges, the LED taillights convey a sharp glow.

Sharp-eyed readers may notice that the badge on the rear says ‘Fairlady Z’ and this could be a bow to the original legendary car. It might also be used for the future domestic model since the name does have a historical connection to the Japanese fans and owners. 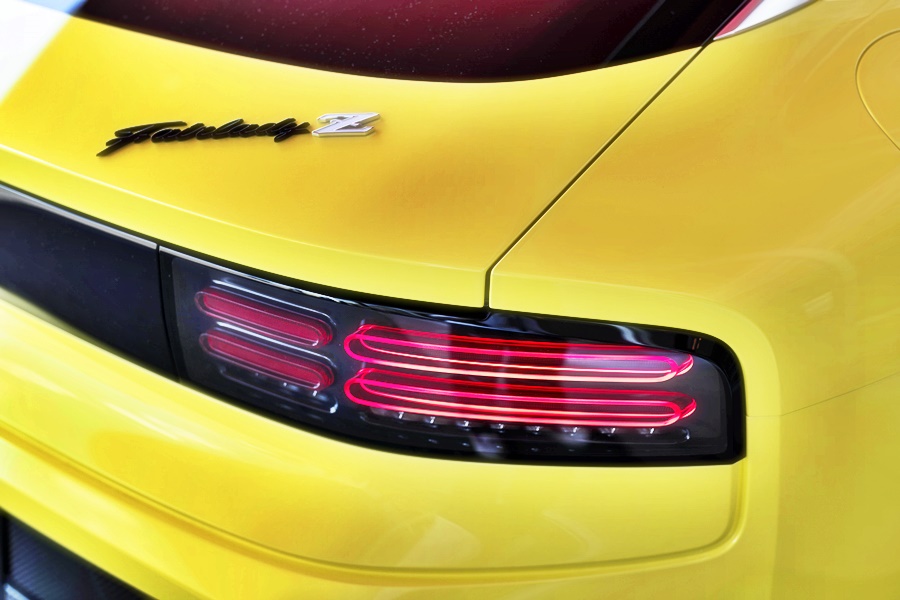 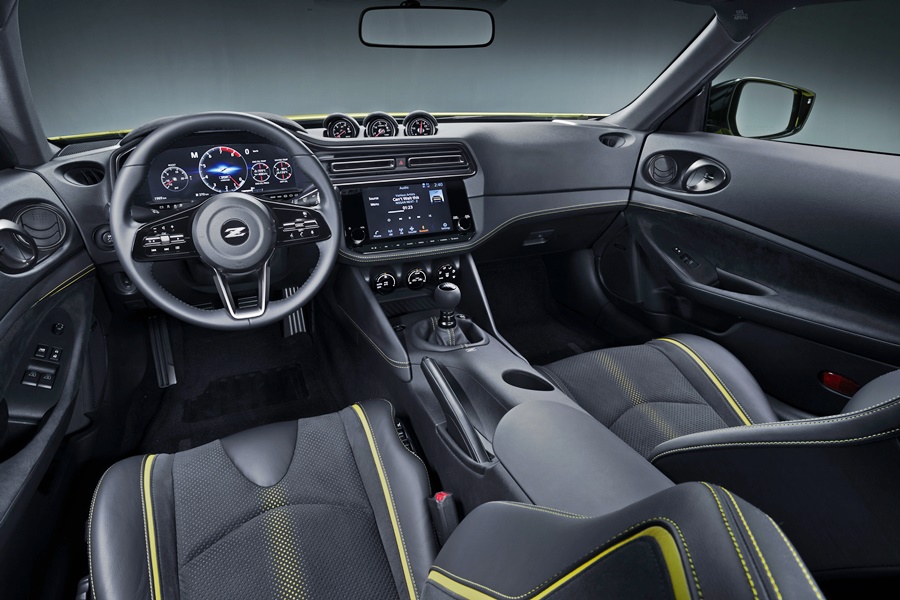 This can be seen in the Z’s instrumentation, a 12.3-inch digital display with all the information the driver needs to have. The tachometer is the dominant item with a digital speedometer and vital information is arranged to help the driver grasp it at a glance, such as the redline shift point at the 12 o’clock position.

It’s difficult to replicate the original steering wheel of the Z due to safety requirements but the designers have still tried to keep some vintage aesthetic. It is deeply dished and the driver has quick access to controls with switches on the left and right spokes. 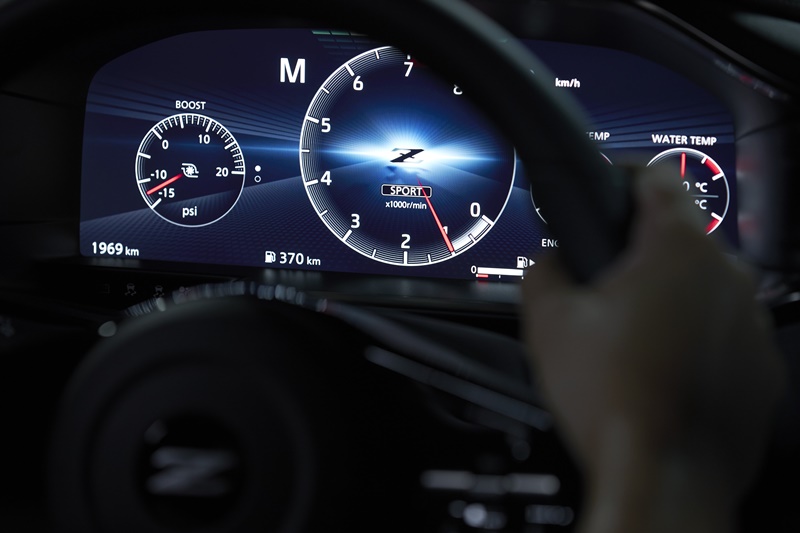 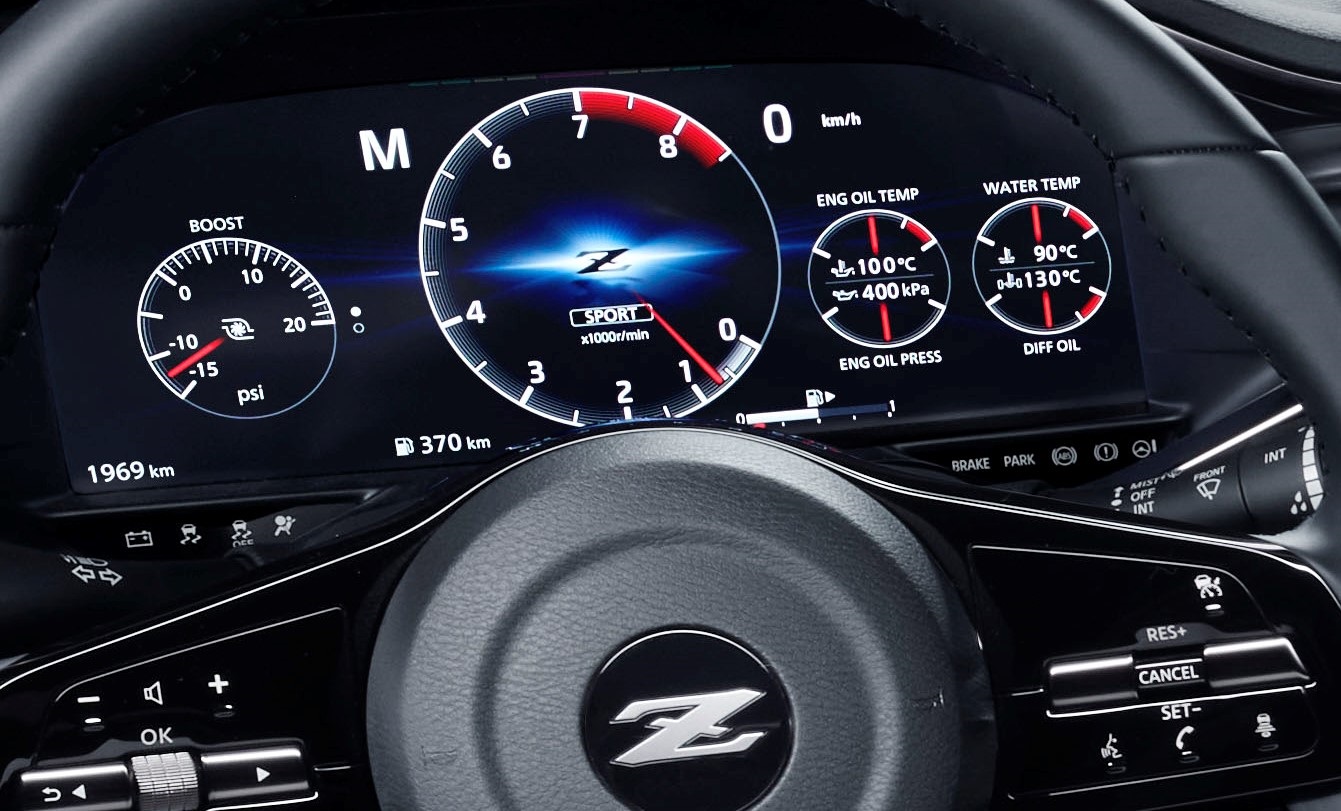 Although digital display screens can be designed to provide the driver with all kinds of information and free up space on the dashboard, the designers have still retained that old-school sportscar look with three small round meters placed on top of the dashboard. In the Z Proto, these show boost pressure, turbocharger rpm and voltage although the ones in the production car might show other information. 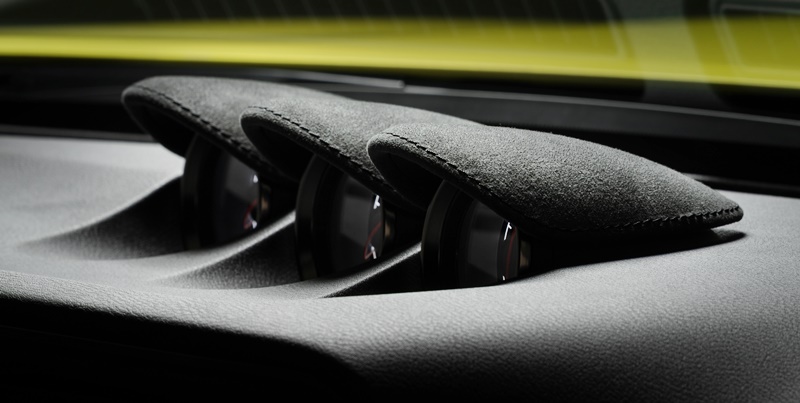 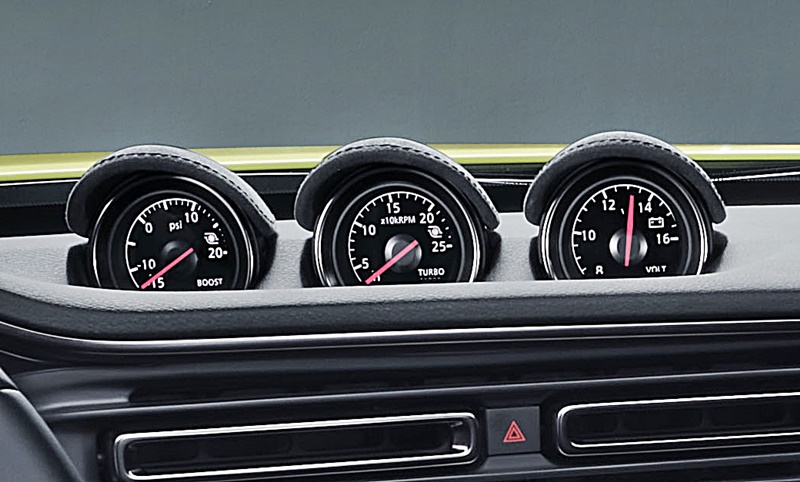 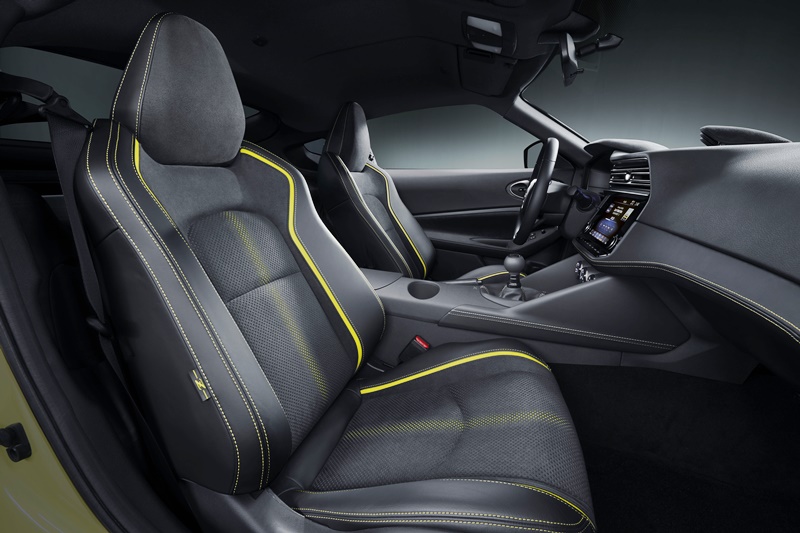 Yellow accents are found throughout the cabin, including stitching on the instrument panel. The seats feature special yellow accenting and a layered gradation stripe in the centre of the seats to create depth. Incidentally, the bright yellow pearlescent paint of the exterior is a tribute to a popular paint scheme on both the first generation Z and the 300ZX (Z32).

6-speed manual gearbox lives on
Although the Z is about more than power increases, each new generation has nevertheless had a more powerful engine and the new Z can be expected to continue to provide punchy performance. “Z is a balance of power and agility,” said Tamura. “It is a vehicle that creates a connection with the driver not just on the physical level, but emotionally, and responds to the driver’s impulses.” 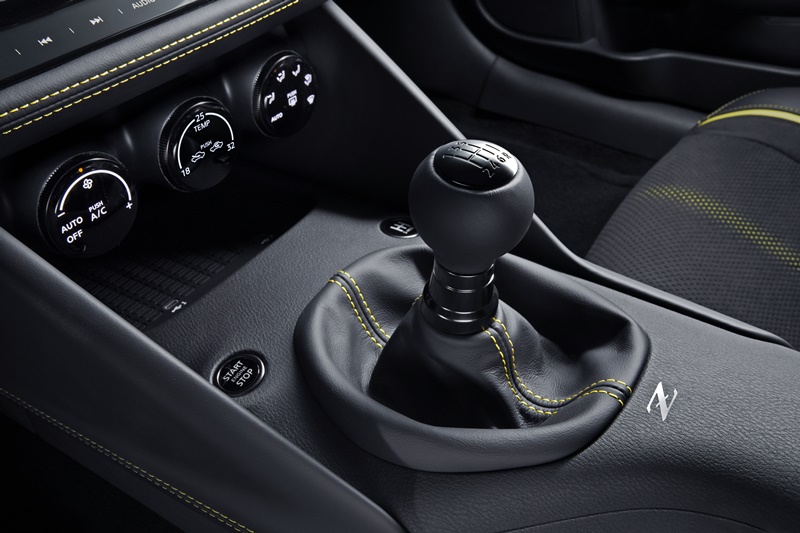 For this reason, Nissan will continue to offer a 6-speed manual gearbox. There’s usually not much to say about a manual transmission, unlike automatic transmissions which have constantly improved with advancements in electronic control technologies.

However, 12 years ago, Nissan did draw a lot of attention to its manual transmission in the new 370Z which had the world’s first synchronized downshift rev-matching system. Known as SynchroRev Match, the system blips the throttle just prior to downshifts and upshifts to match engine speed to the next gear. The result is a smoother transition which used to be only possible by drivers who knew about ‘heel-and-toe’. This feature should still appear in the new Z.

Will it be called ‘400Z’?
50 years ago, Yutaka Katayama – regarded as the ‘father of the Datsun Z’ – bravely removed the ‘Fairlady’ badges on the cars that arrived in America. The man in charge of Nissan’s subsidiary in America understood that ‘Fairlady’ (which was the chosen by Nissan’s President after he saw ‘My Fair Lady’, the play) was just not right for such a sportscar. So he chose something from the internal coding (Z432) and used just ‘Z’ to designate the new car. Which worked superbly and started a legendary line of sportscars. 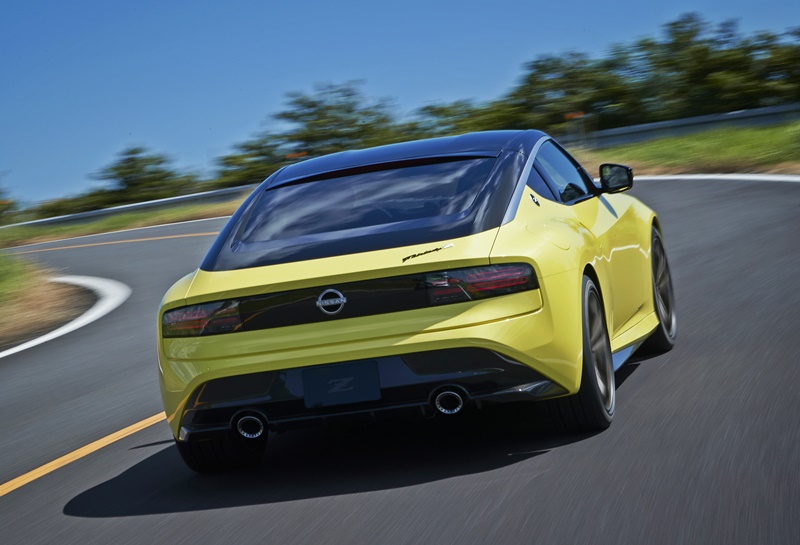 The new Z will have the model code ‘Z35’ to follow the sequence that began in 1984 with the 300ZX. Rumours are that it will be badged ‘400Z’. Nissan does have a version of the VQ engine with a 4-litre displacement but this is designed for SUV applications so the ‘400Z’ would likely have an updated 3.7-litre unit as Nissan confirms it will be an ‘enhanced V6 twin-turbocharged engine’. Production is set to start next year so it would probably be in showrooms sometime in the second half of 2021. 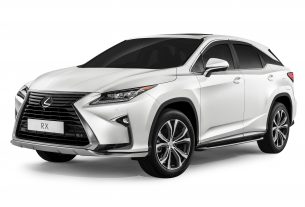 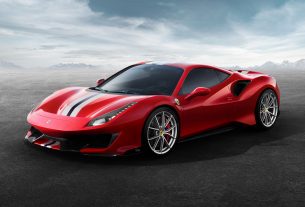