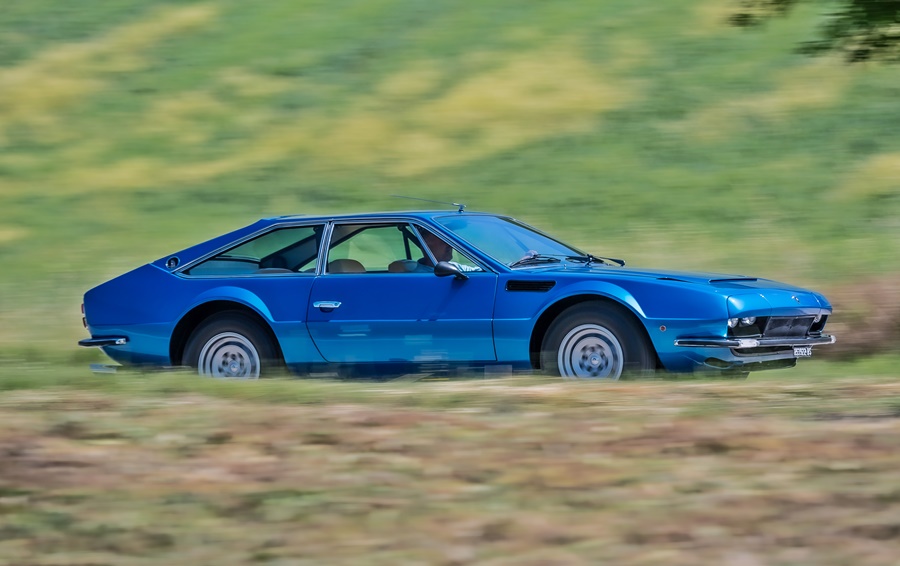 With the exception of the LM 002 and Urus SUVs, all Lamborghini cars today have their engines mid-mounted, behind the passenger compartment. The last model to have its engine in front was the Jarama, which celebrates its 50th anniversary this year.

The Jarama GT made its debut at the 1970 Geneva Motor Show and was a 2+2 grand touring sedan. It was technically based on the 400GT and Islero, maintaining the same mechanical layout but with a revised chassis. 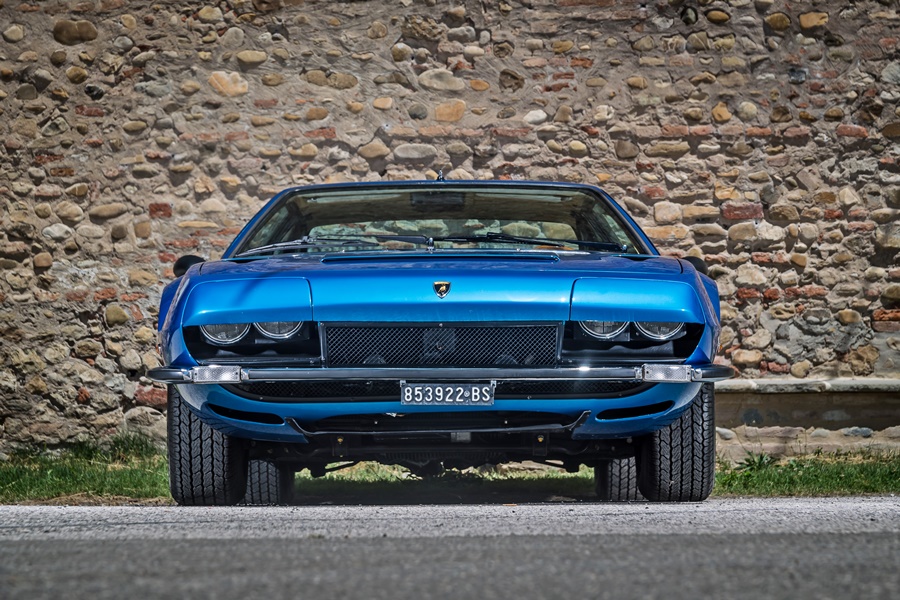 Styled by Bertone’s Gandini
Marcello Gandini at Bertone styled the new bodywork, adopting a silhouette which followed the design trends of the 1970s with taut and angular lines. The bodywork of the pre-series units was assembled by Carrozzeria Marazzi, which had just finished production of the Islero, while the actual production car would be produced in Carrozzeria Bertone’s plant in Turin.

The engine, powered by 6 double-body Weber 40 DCOE carburettors, was the well-proven Lamborghini V12, with double overhead camshafts per bank, capable of delivering 350 hp for a top speed of 260 km/h. 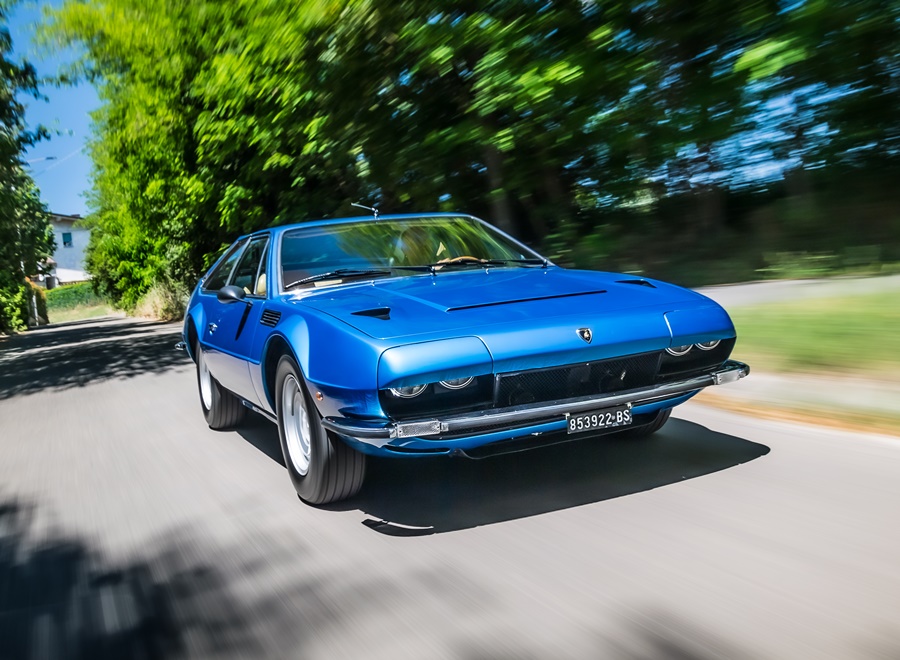 The improved chassis had a brake system with 4 large discs, of which the front ones were ventilated – high-performance features back then!  The track width was widened by 10 cm to 1490 mm  and 15-inch Campagnolo wheels of magnesium were installed at each corner.

Luxurious,. spacious cabin
The interior was very luxurious, with leather upholstery, air-conditioning, and a comfortable passenger compartment for a sportscar. The was generous space allocated for the boot area for the four occupants’ luggage. 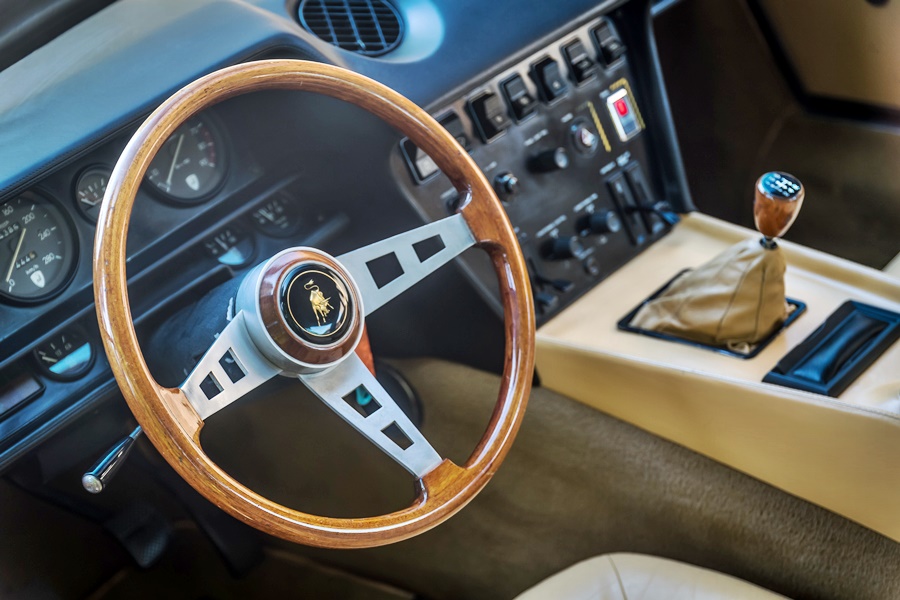 The Jarama was further evolved and a GTS version was displayed at the 1972 Geneva Motor Show. This had 365 bhp and was distinguished by a transverse air intake on the bonnet and two air outlets behind the front wheel arches. 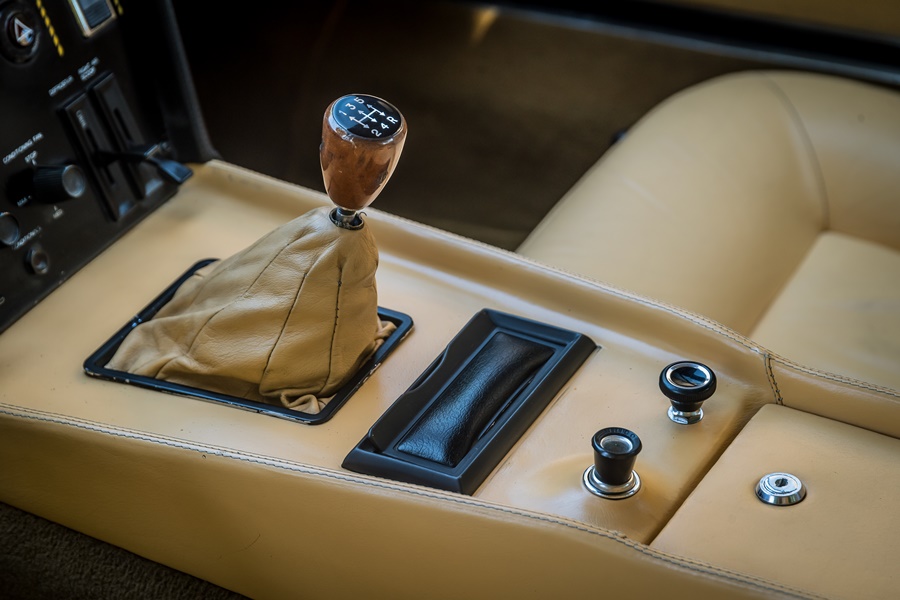 The dashboard was redesigned with new instruments and aluminium trim, and restructured front seats improved the roominess in the back. Also different on the Jarama S version were the alloy wheels –  less elaborate and without the single central nut.

One of the special  Jarama models was the Rally, a project by Lamborghini’s test driver, Bob Wallace. It had a modified 3.9-litre V12 engine with an output of 380 bhp and a top speed of 270 km/h. The Jarama Rally was never entered in any competition and was later sold off. 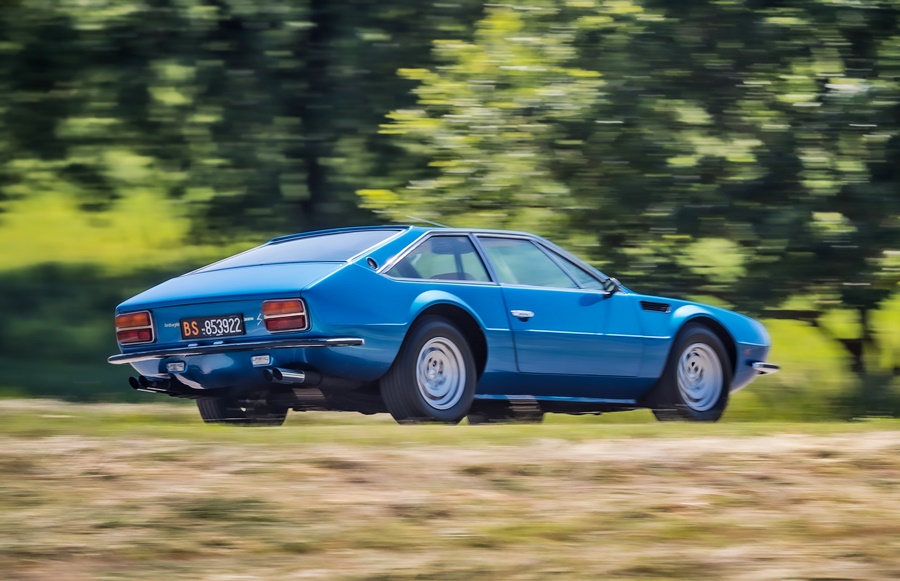 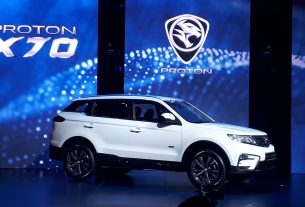 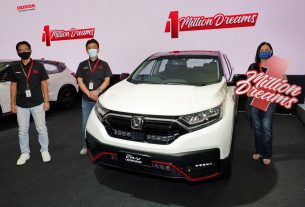