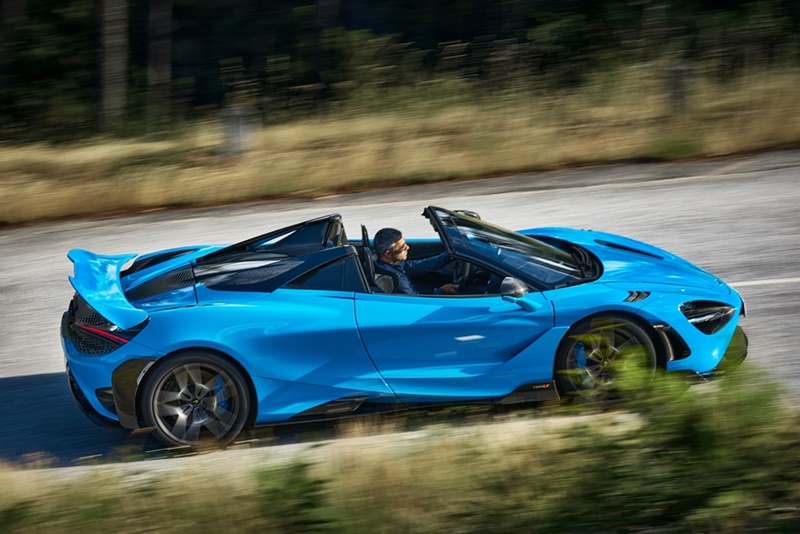 Open-topped cars may not command big volumes but they are still very much in demand, at least in the upper levels of the market. So it is worthwhile engineering a convertible variant (and it’s not just a matter of leaving out the roof) as there will usually be more than enough buyers. That is likely to be the case with the new 765LT Spider, a complementary model to the 765LT ‘Longtail’ coupe that McLaren unveiled last year.

This new Spider is McLaren’s most powerful-ever convertible model and with only 765 cars to be available, it will be an exclusive McLaren with each unit having a pricetag starting from £310,500 in the UK (about RM1.823 million before Malaysian tax). MSO Clubsport Pack and MSO LT Black Pack options are available, plus other individual MSO options. 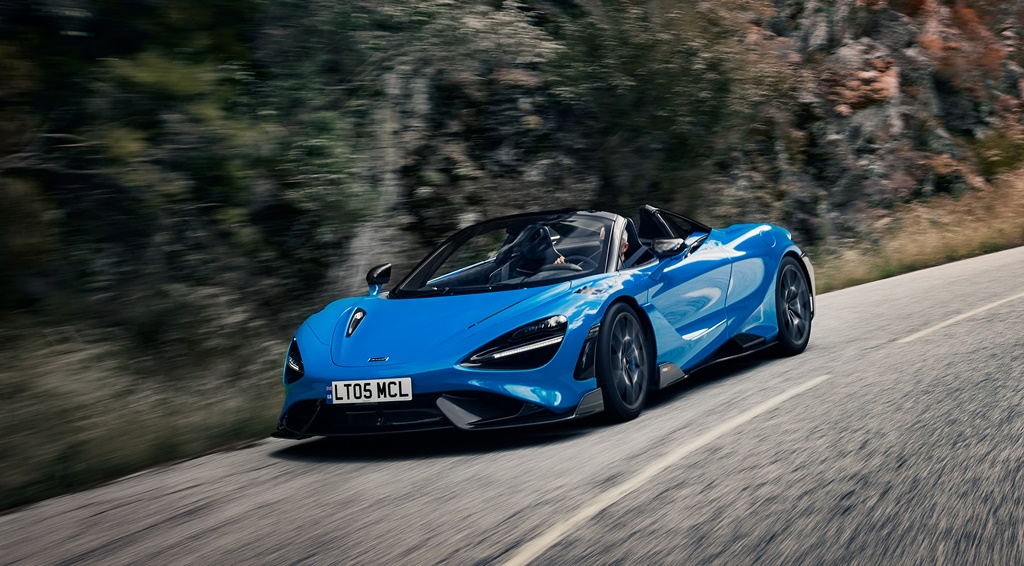 Carrying over the coupe’s dynamic and aerodynamic DNA with no structural compromise and only a minimal 49 kgs weight increase – primarily from the retractable hardtop and accompanying operating mechanism – the 765LT Spider weighs just 1,388 kgs,, which is 80 kgs lighter than a 720S Spider and around 100 kgs lighter than its closest comparable competitor. 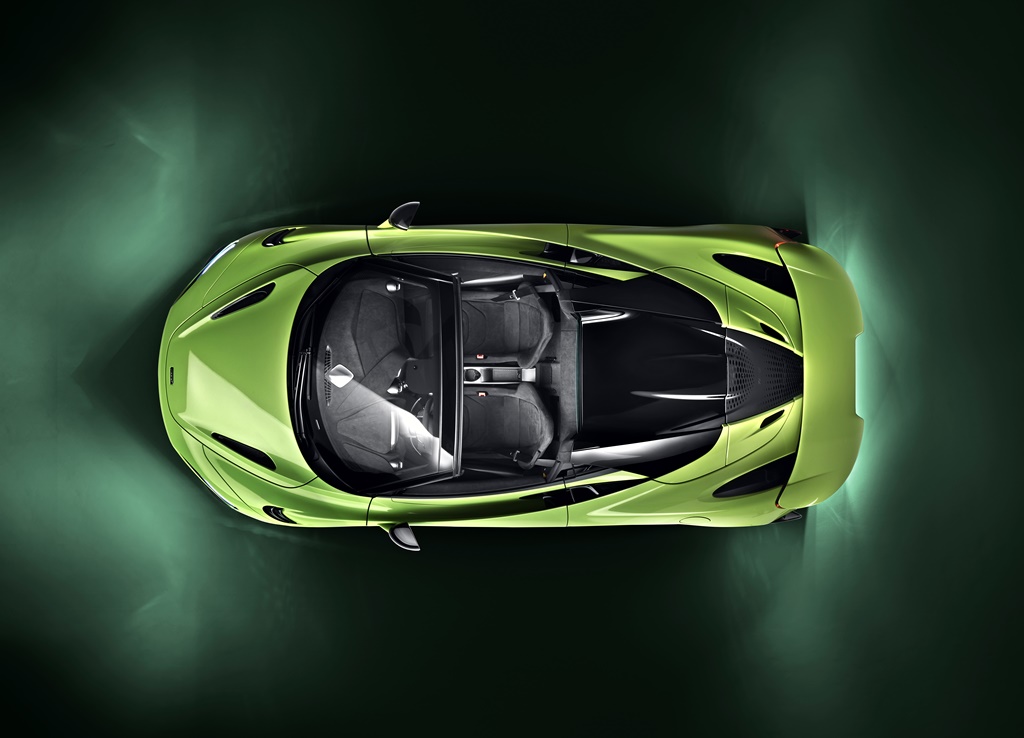 Up to 22 kgs has been saved in the development of the LT’s bespoke Ultra-Lightweight forged alloy wheels. These are fitted with Pirelli P Zero Trofeo R tyres specially developed for the 765LT. Titanium wheel bolts are also standard fit.

In addition to all this, a significant proportion of the 80-kg weight-saving over the 720S is achieved inside the cockpit. The carbonfibre-shelled racing seats fitted as standard are together 18 kgs lighter than the 720S sports seats. 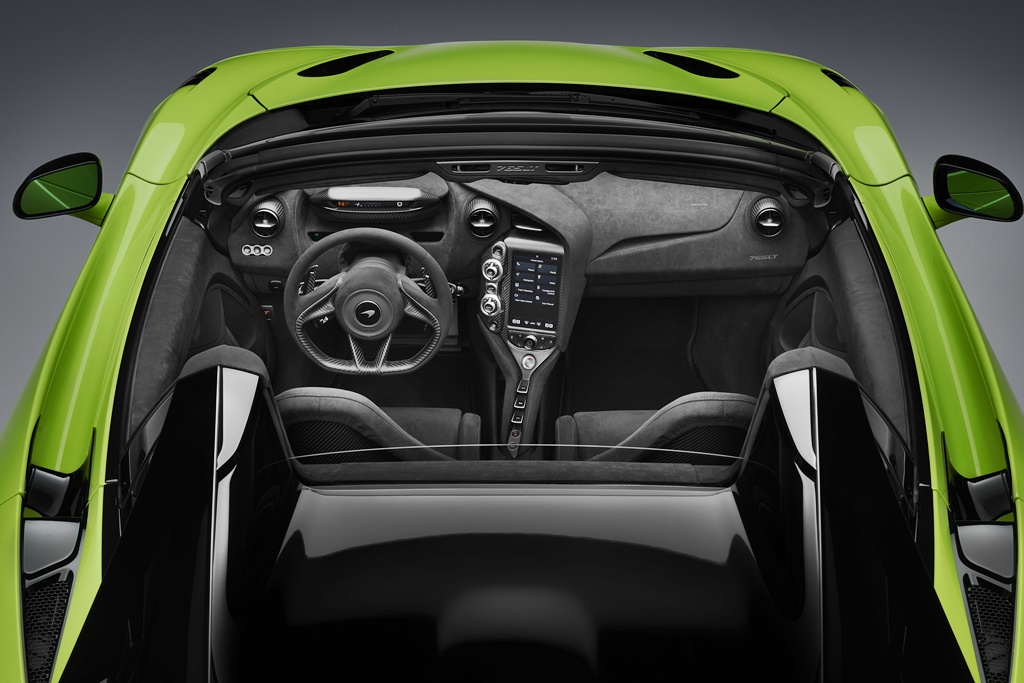 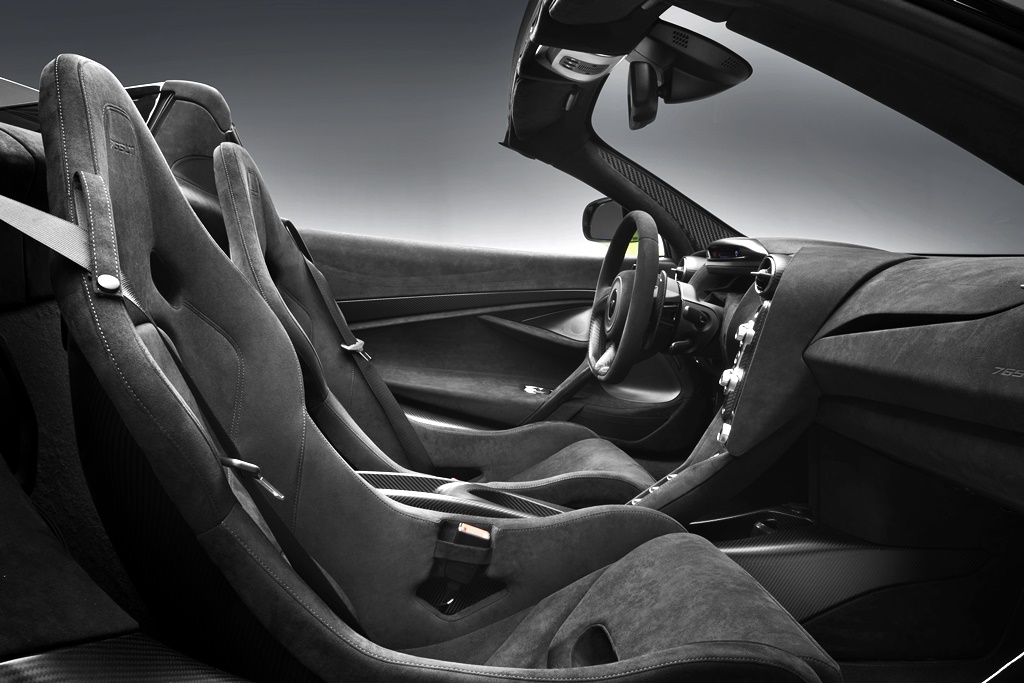 The cockpit’s central tunnel is made of carbonfibre just 0.8 mm thick; the door pockets are replaced by nets; and carbonfibre has been used for such micro-details as the window switch surrounds, steering wheel clasp and Active Dynamics Panel surround. Further weight is saved by deleting the floor carpet (saving 2.4 kgs), air-conditioning system (1 0kgs) and audio system (1.5 kgs) – although the latter two can requested by customers at no extra charge.

The Spider version of the carbonfibre MonoCage II – designated MonoCage II-S – was developed alongside the coupe monocoque and shares most of its structural elements, including the windscreen surround. Such is the strength and stiffness of the structure that no additional bracing is required over the coupe – another weight-optimising factor. At the rear of the car, carbonfibre structural supports are fully bonded into the chassis to provide roll-over protection.

The electrically operated, one-piece carbonfibre Retractable Hard Top (RHT) goes from closed to open within 11 seconds (among the world’s quickest) and can operate at speeds of up to 50 km/h. The convertible roof design plays an integral role in the structure, featuring a carbonfibre frame within the RHT panel and creating a full carbonfibre shell when closed.

The roof mechanism, powered by 8 motors, is also among the world’s quietest. Occupants will experience a sound no louder than 50 dBA during operation, with a peak of 60 dBA during the latching process – twice as quiet as the roof of the 675LT Spider, the first convertible LT supercar.

The rear window, which can be lowered even when the roof is up to intensify the quadrophonic exhaust note, has its own motor, as does the RHT latching mechanism. All these motors are optimised to work in parallel, allowing the roof to begin to move before the tonneau has completely opened, which saves time 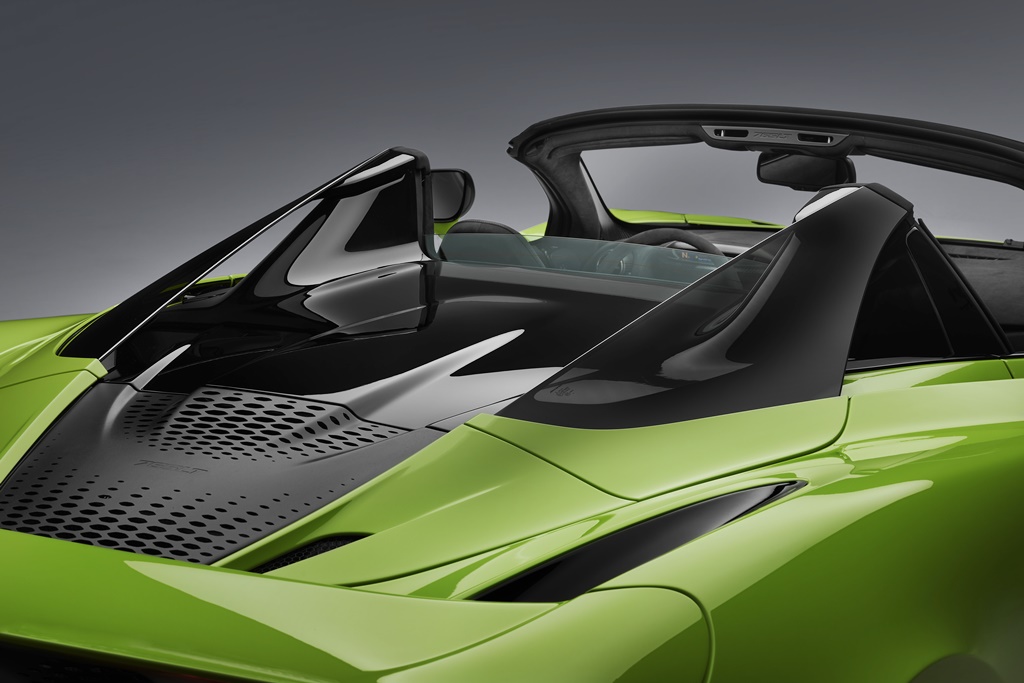 There are also additional comfort benefits for occupants: because it is a single-piece panel with no central seal, headroom is improved, while the extended length of the roof panel allows the tops of the A-pillars to be further forward, enhancing the sense of space and easing ingress and egress.

Like every LT, the new Spider is designed to excel on track; the ability to remove the roof makes it an even more immersive and compelling car to drive on the road. There is the same highly evolved aerodynamic package as the coupe but the active rear wing calibration is revised to reflect whether the roof is up or down. A recalibration of the dampers has also been necessary to account for the minor increase in weight. As a result, the Spider matches the coupe’s aero performance in every respect, with class-leading downforce 25% greater than that of a 720S Spider.

765 ps from the 4-litre twin-turbocharged V8 engine makes this the brand’s most powerful convertible, and it has a best-in-class power-to-weight ratio of 598 ps-per-tonne at lightest dry weight – with 800 Nm of torque. The transmission gear ratios have been revised and makes in-gear acceleration 15% quicker than a 720S Spider. 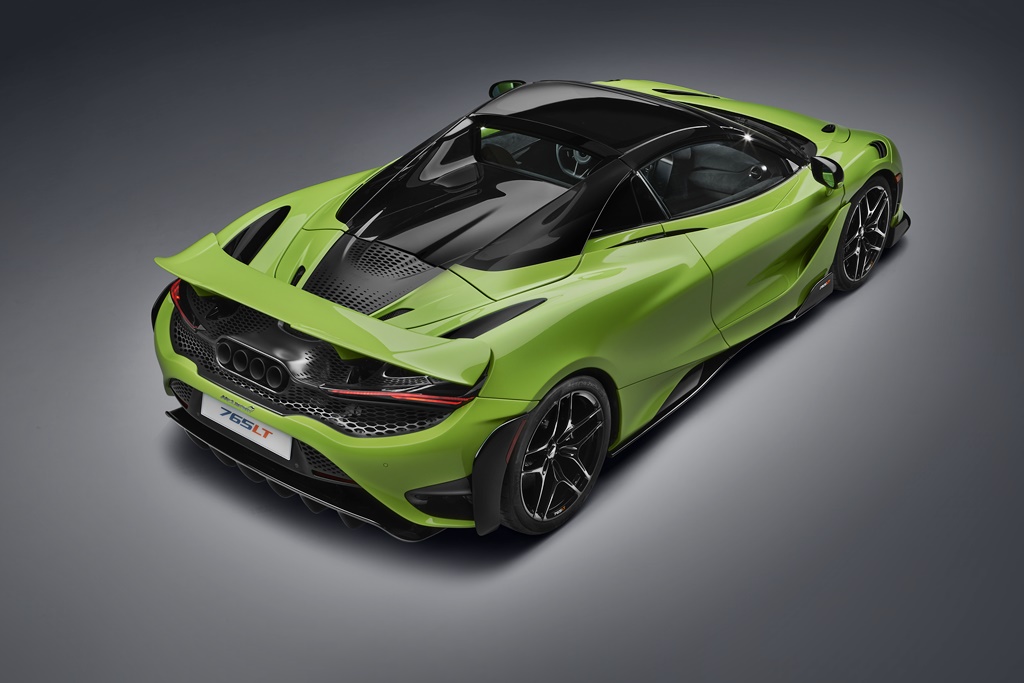 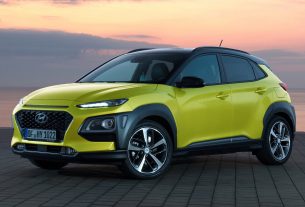 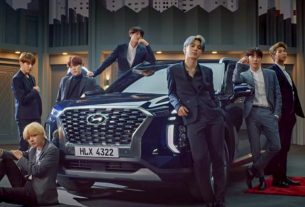 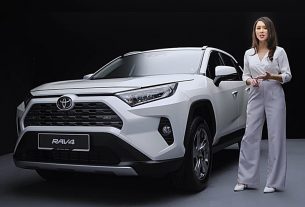