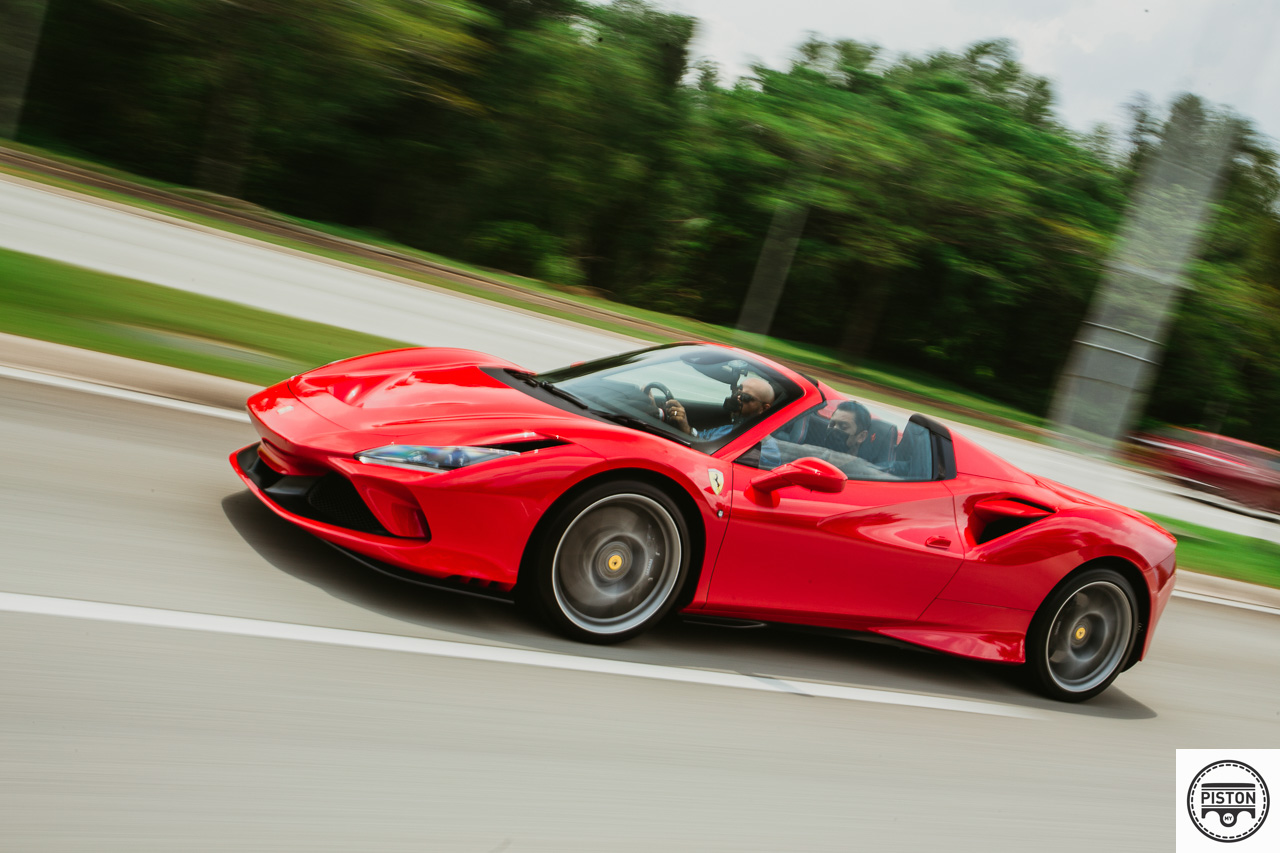 The heart is a weird thing. It is what keeps you alive, and yet it is also the same spot where you feel such powerful emotions as joy and sadness.

The factually inclined amongst us would argue that you feel those emotions because the brain sends signals to your body to release dopamine or serotonin chemicals. These are chemicals that make you feel feel happy.

My body was packing about four cups of coffee by 10am that morning, and was filled with those two chemicals linked to happiness. 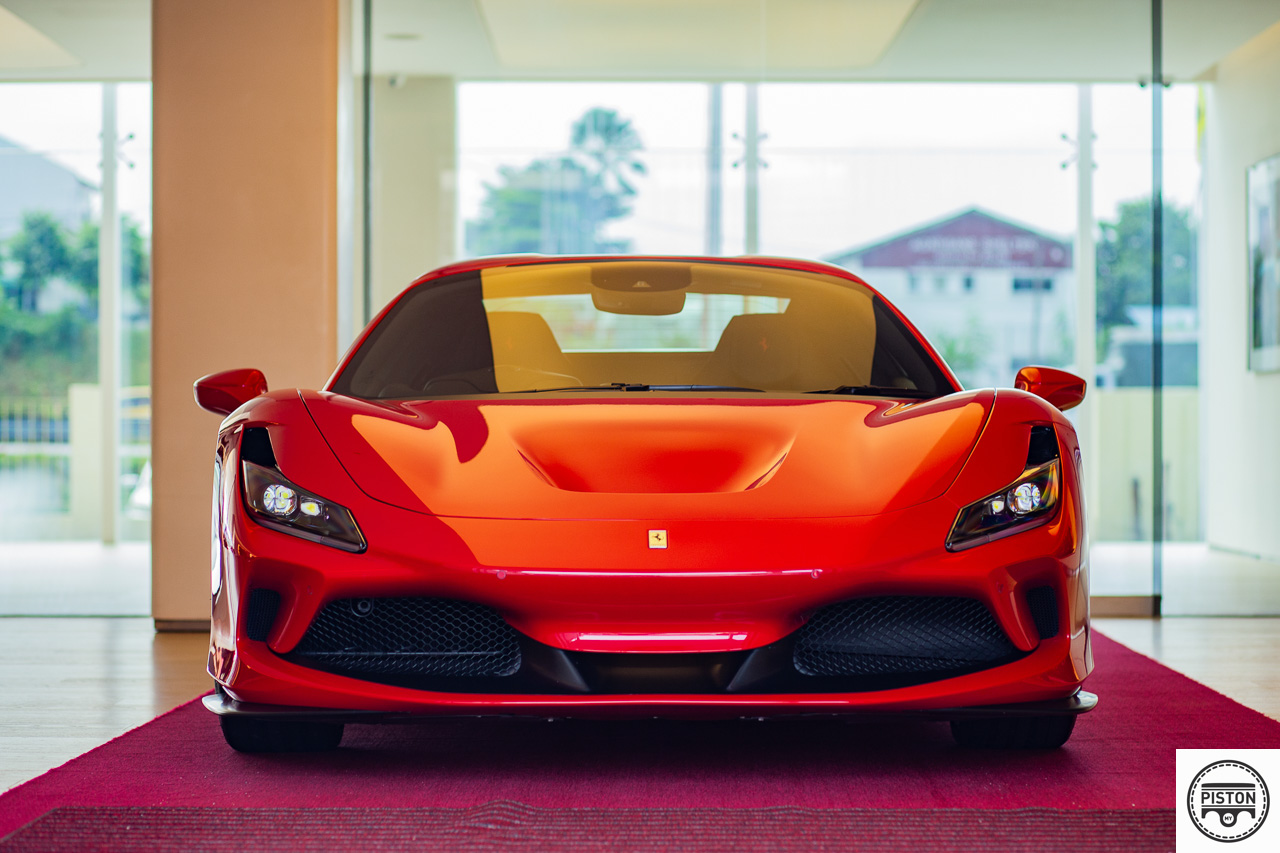 And that was because I had my sights on the Ferrari F8 Spider. I had a full 8 hours with it. That was the joy part.

Over the buildings in PJ though, I could see dark clouds blowing in. And I was about to spend my day with over 700 horsepower under my right foot. That was fear. 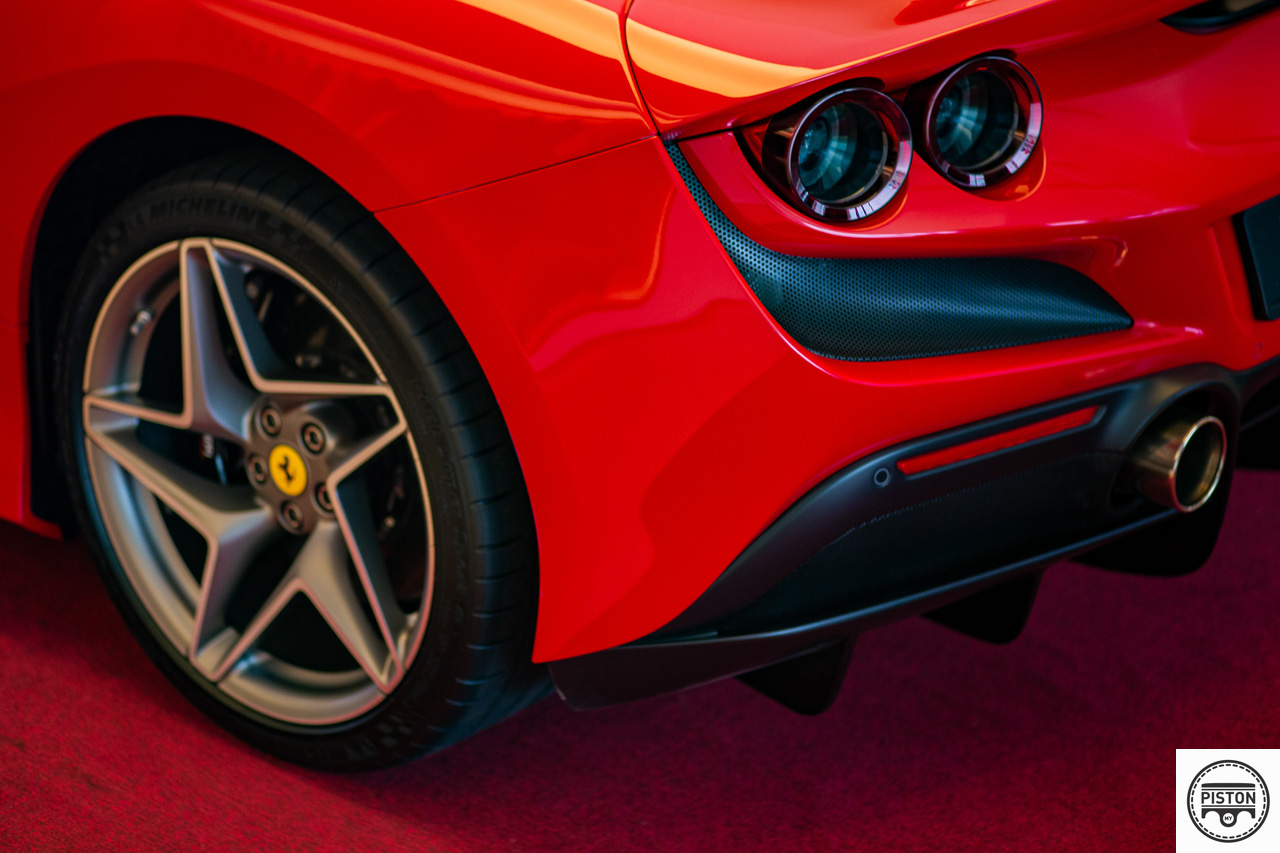 I would like to say that the F8 Spider is quite possibly one of the most beautiful Ferraris of modern times.

But that would not be 100% accurate because there are others like the F12, the LaFerrari Aperta and perhaps even the 360. In this writer’s eyes at least.

But as I write this, I would like to put it out there that the new Ferrari Daytone SP3 is among the most beautiful, Ever!

Back to the F8 Spider. 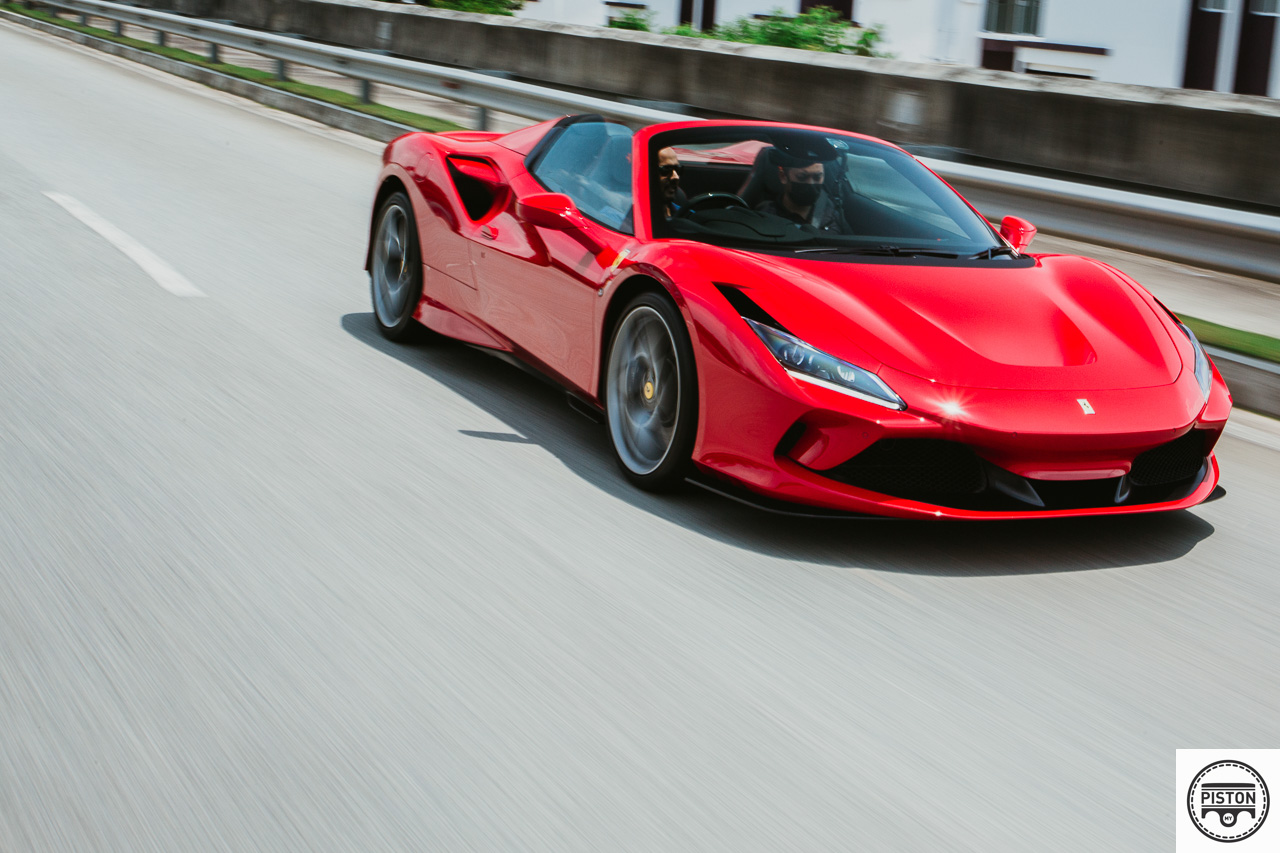 This is a Ferrari that evokes emotion. One that looks fast while its standing still. And there is not a curve that looks out of place.

Every curve and inch of the F8 serves a purpose. Whether it is to channel air to cool the brakes, lead air in and out of the engine bay, or to simply to push the car down to the road as you drive faster. There is nothing about the F8 that is not doing something. 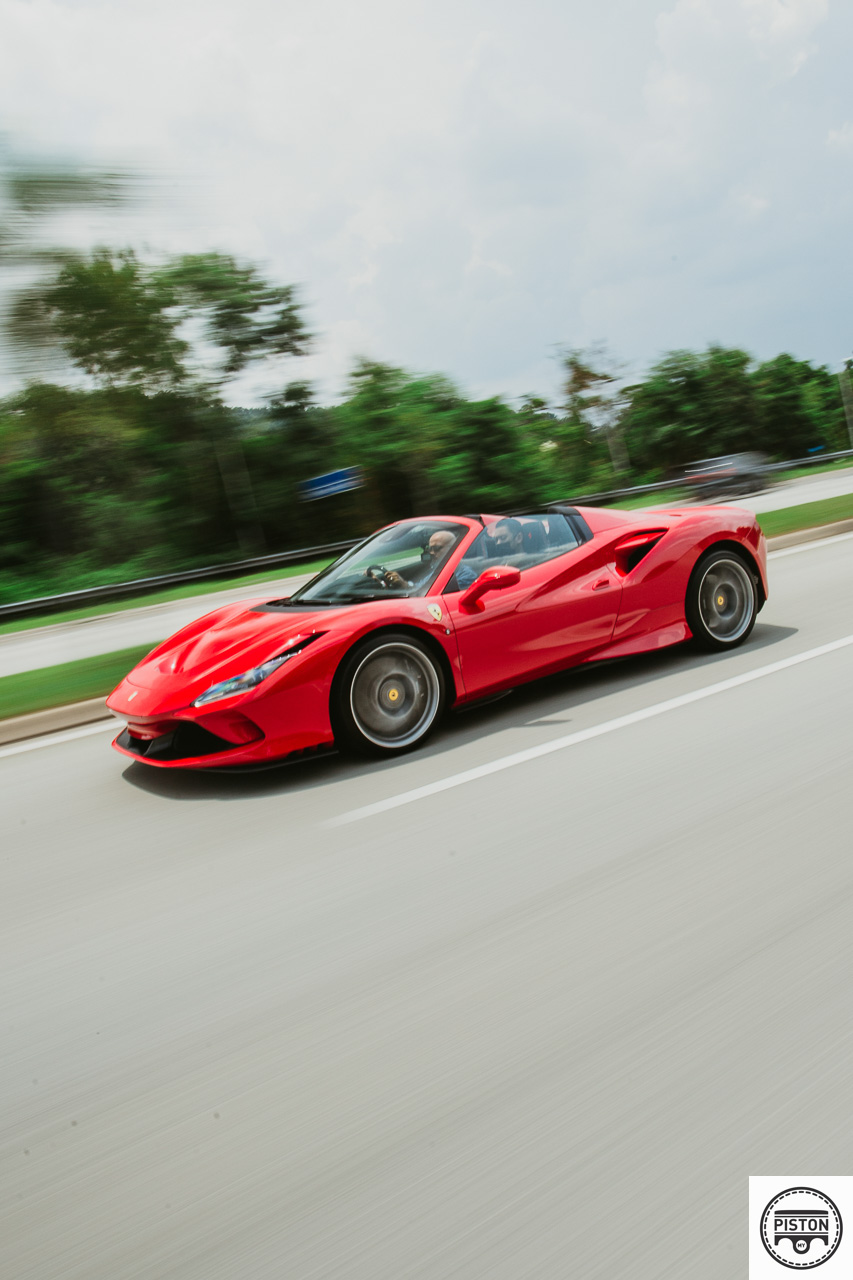 But the best thing happens when all of those things combine to create something beautiful – and that would be the F8 Spider. 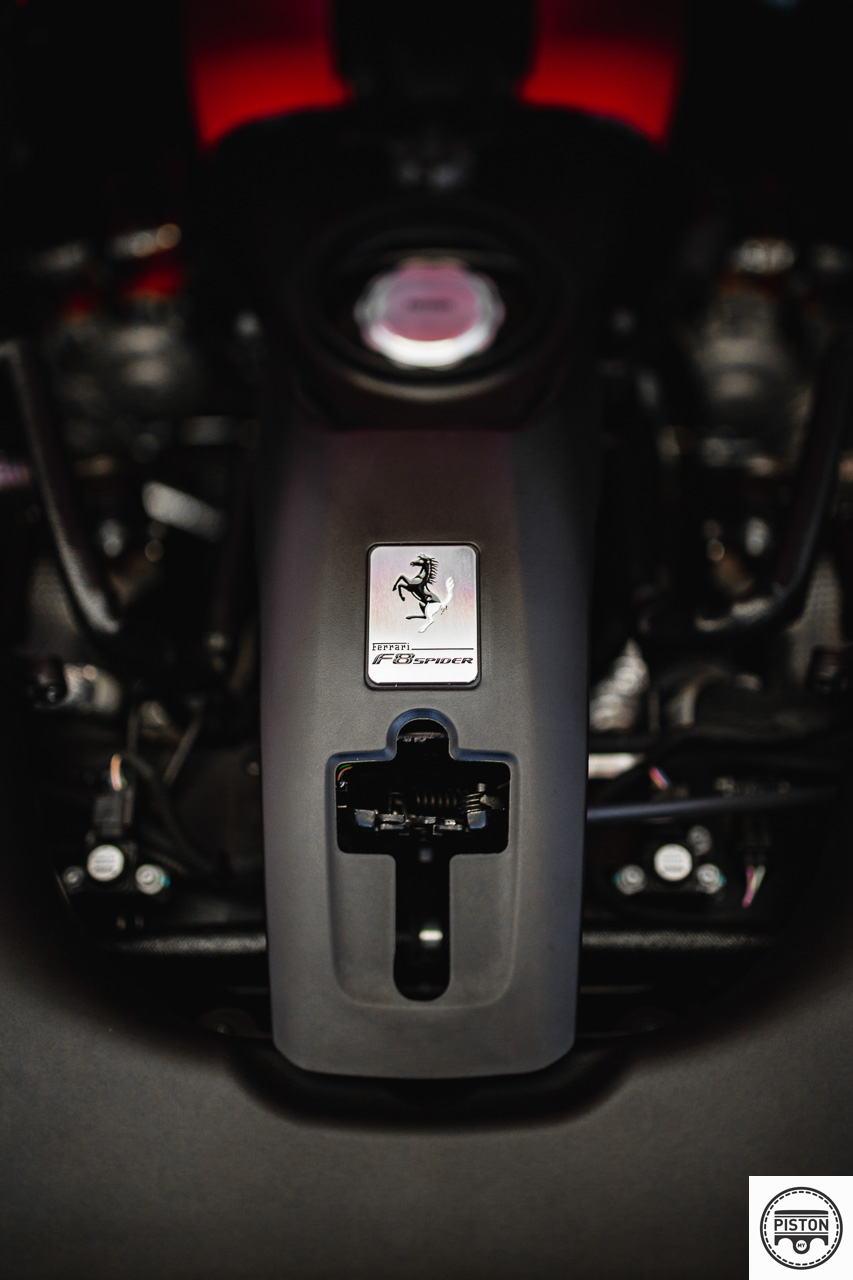 And to think that this is an entry level Ferrari sports car.

What I really like about modern Ferraris is how driver centric the interior feels.

Everything is about the driver. 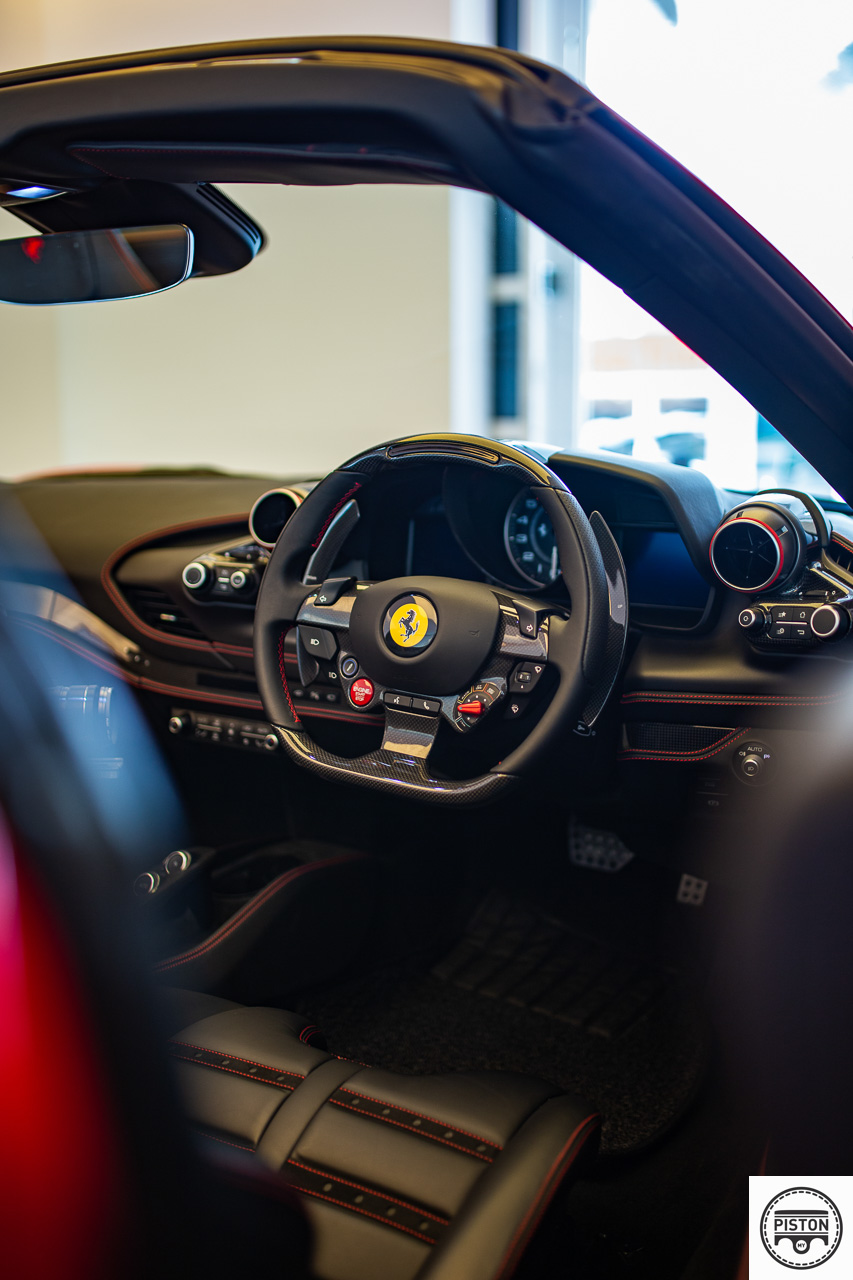 There aren’t too many levers hanging around behind the steering wheel either. Just two of the most important – the shifter pedals. 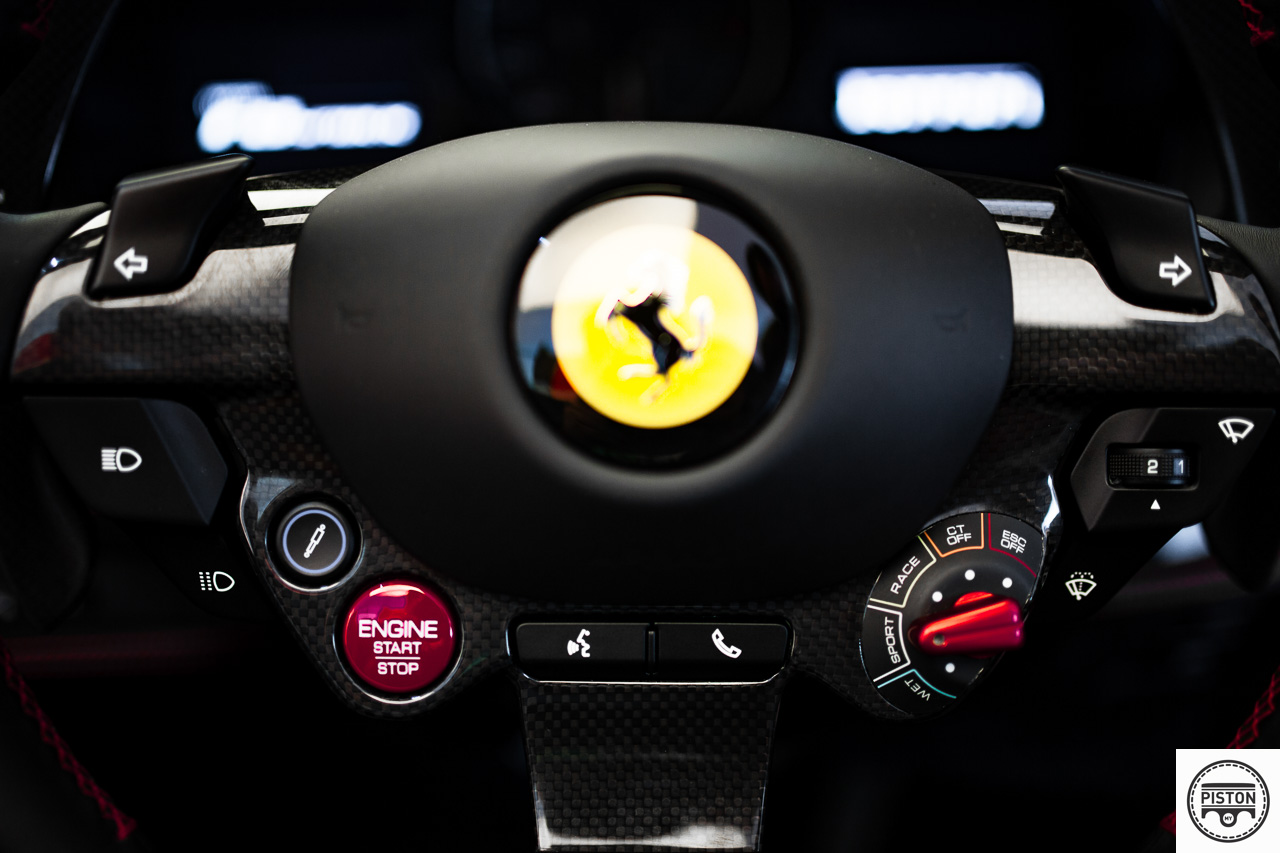 Everything else like the indicators, wipers and light controls are located on the steering wheel in the form of buttons that are perfectly formed to fit your fingers.

The audio, GPS and car data are displayed on the meter panel up ahead which is a joyous mixture of new and old. 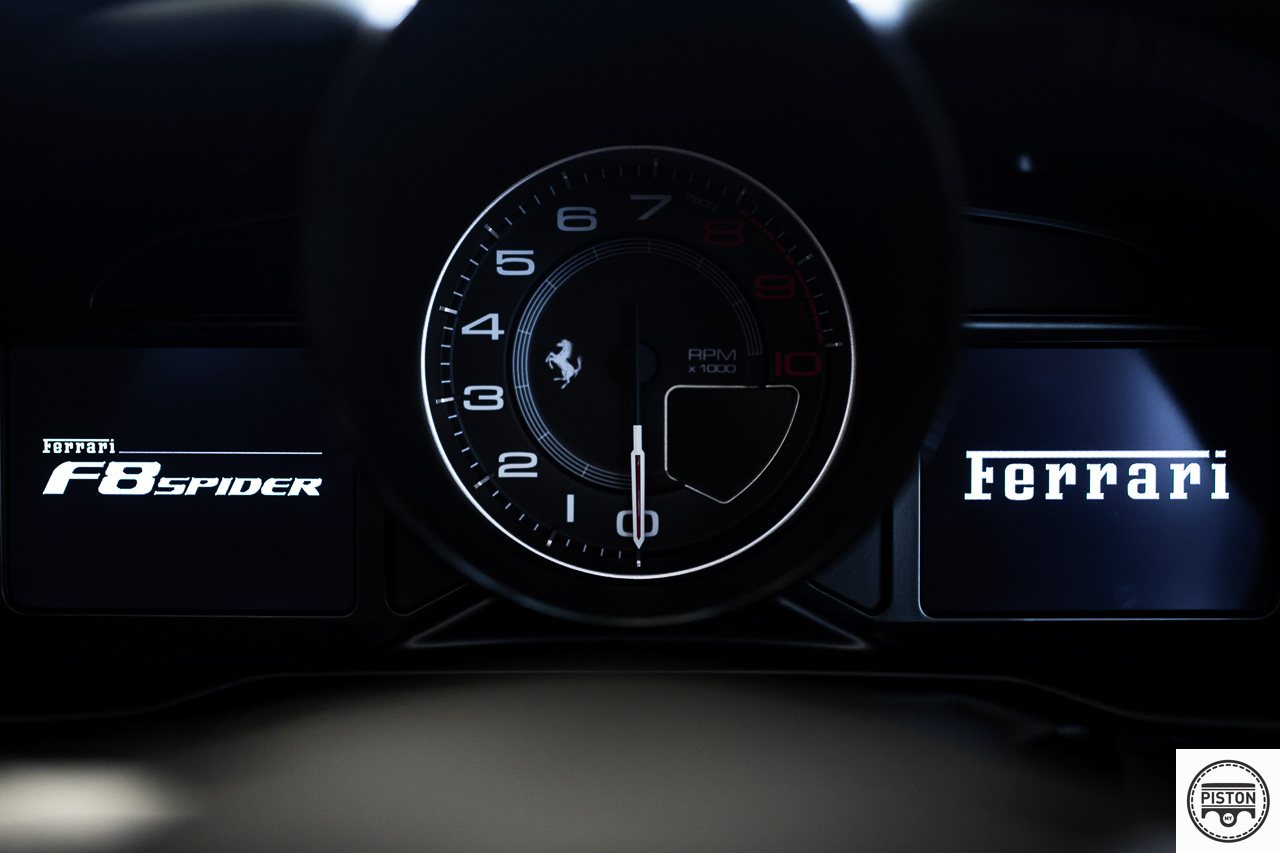 The entire meter panel is dominated by a huge rpm meter flanked by digital screens that give you the audio, gps and data about the car and such.

The passenger can be left to be mesmerised by the experience of being propelled by one of the best engine’s ever made by mankind. 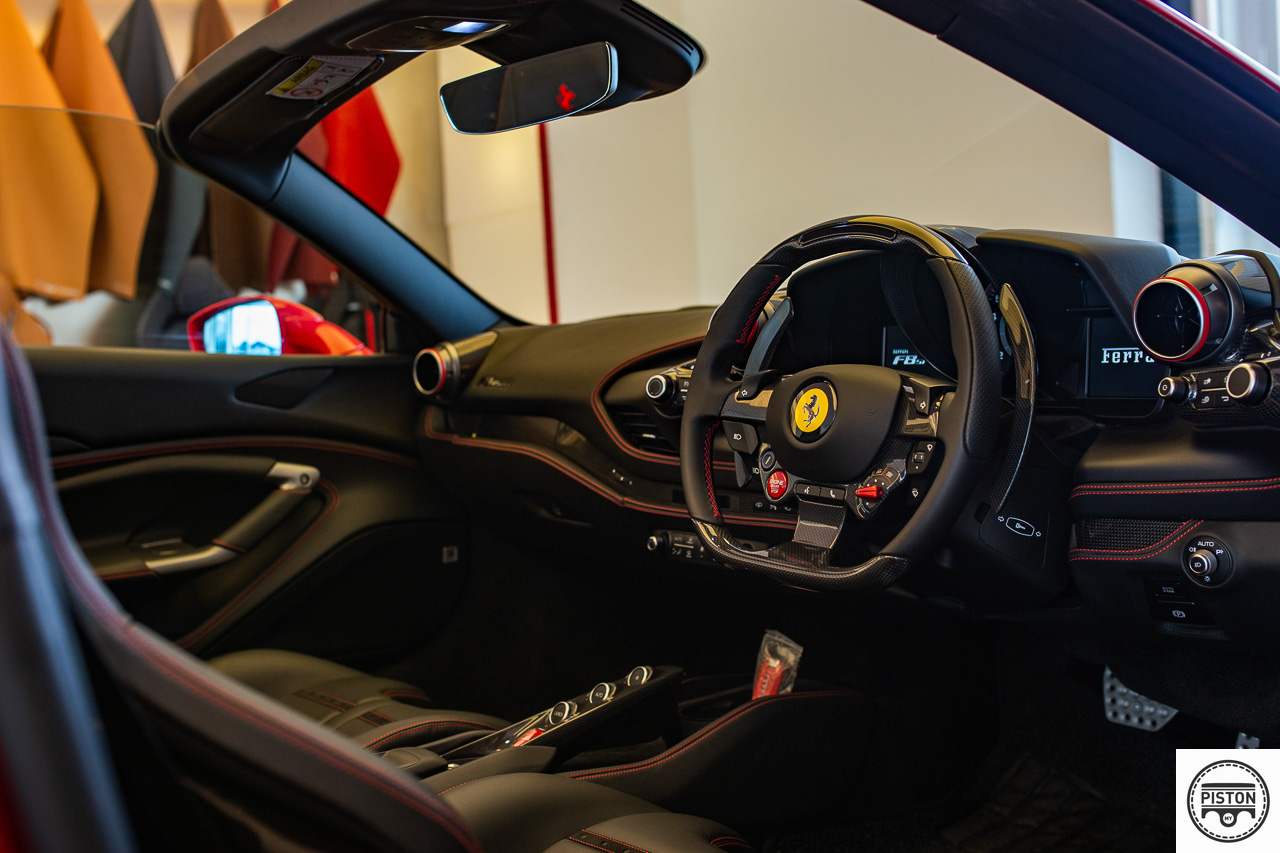 Or F8 buyers can opt to have something called the Ferrari Passenger Display, which is a small rectangular sized display that looks like it has been neatly inserted into the dashboard right in front of the passenger.

This display feeds the passenger data about the car such as the speed and rpm, as well as the gear selected and even the manettino settings. 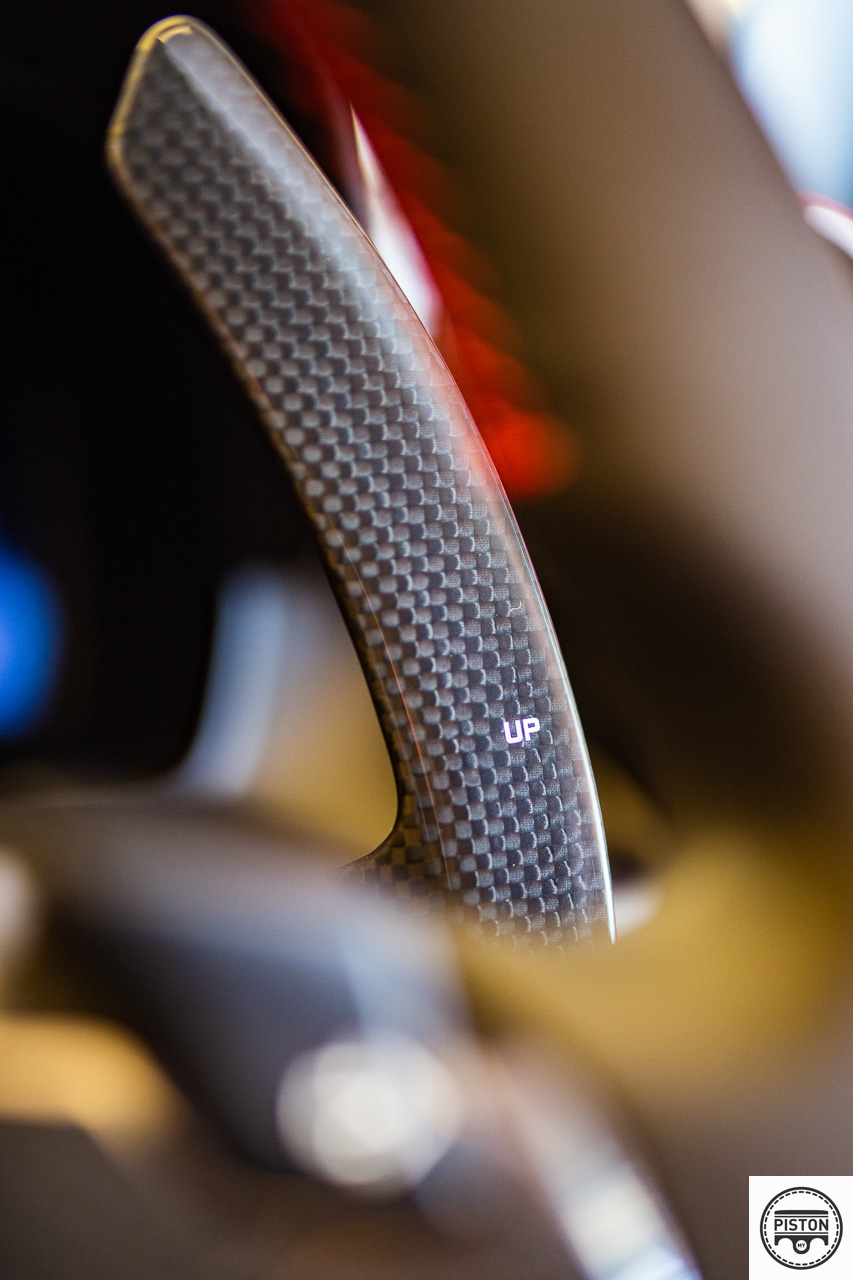 But as brilliant as the interior may be and as ingenious the engine is, the real star of the show is the driving experience, because let’s not forget that this is a Spider – and nothing gets more dramatic than a drop top Ferrari. 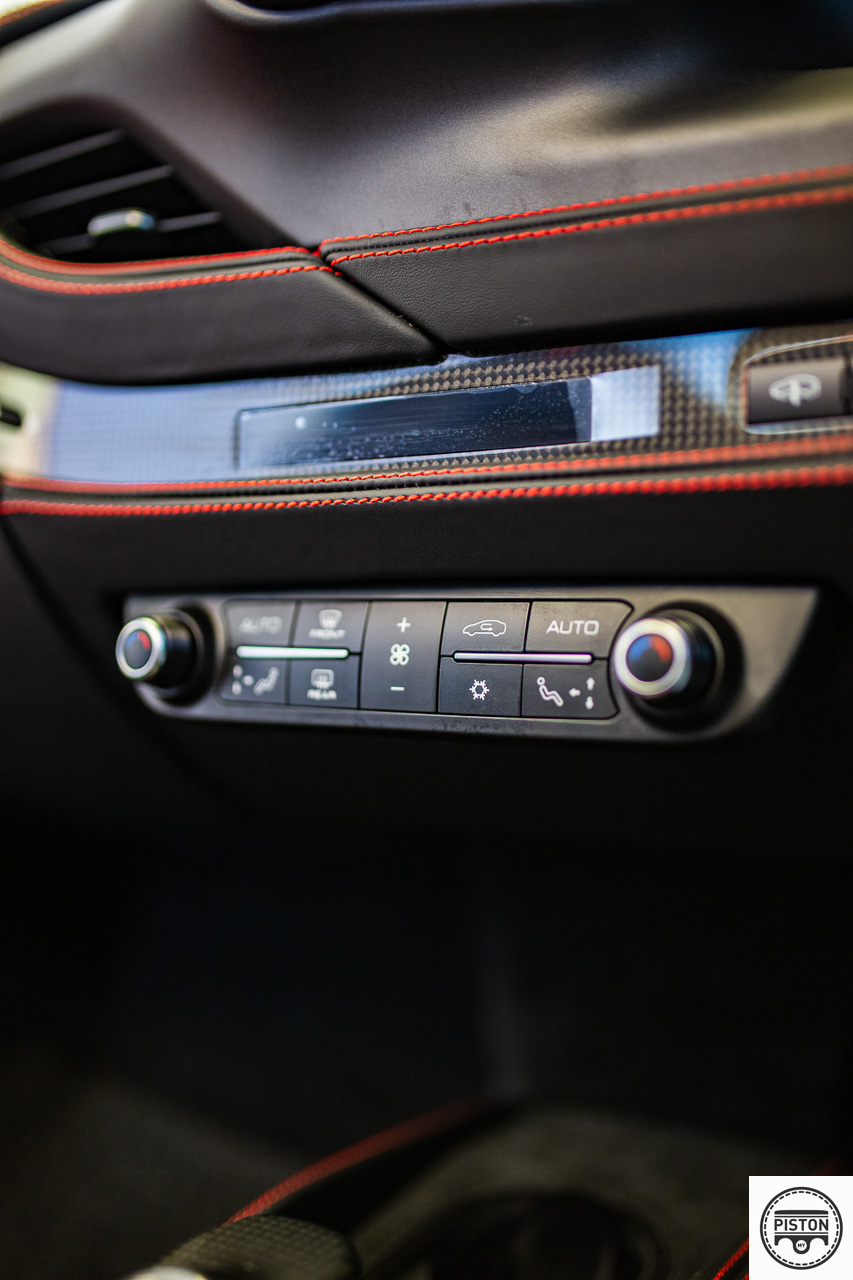 The engine of the F8 is an engineering masterpiece. It is so good that it won the 21st edition of the International Engine & Powertrain of the Year in 2019.

And for the record, Ferrari is the only car maker to have won that award four years in a row. This is a company that doesn’t only build great cars, but they engineer the best engines.

Back when the award was presented, the 3.9-litre V8 engine was powering the 488 GTB and Pista. Now though, the already brilliant engine has been further refined to power the F8. 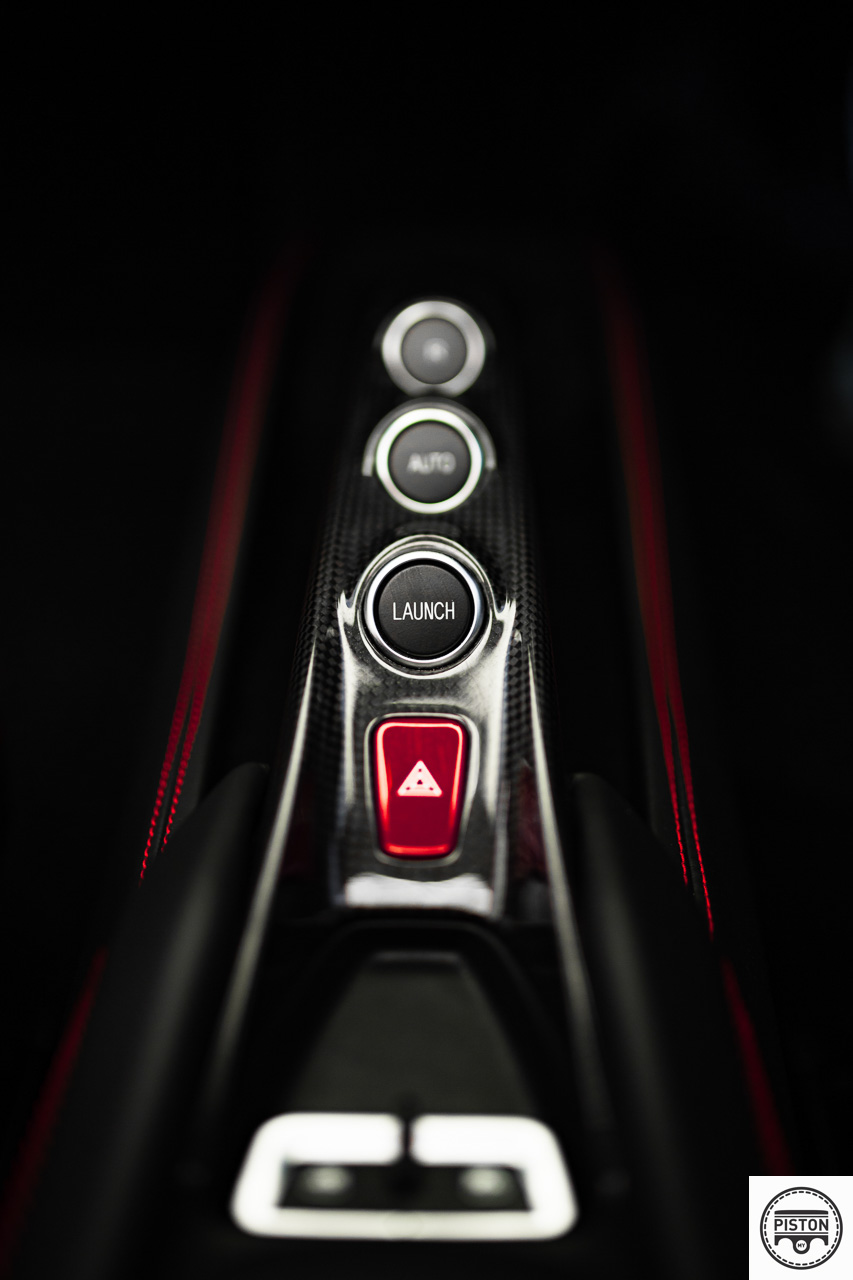 And what do you get when you continuously refine an engine that is already brilliant – fantastic performance!

The F8 Spider’s engine puts down power quicker than your brain and hands can digest. And this is partially due to the fact that there is almost zero turbo lag.

If you follow Ferrari history, you might remember that Enzo Ferrari had said that the company only produced road cars so that they could build race cars to go racing in. 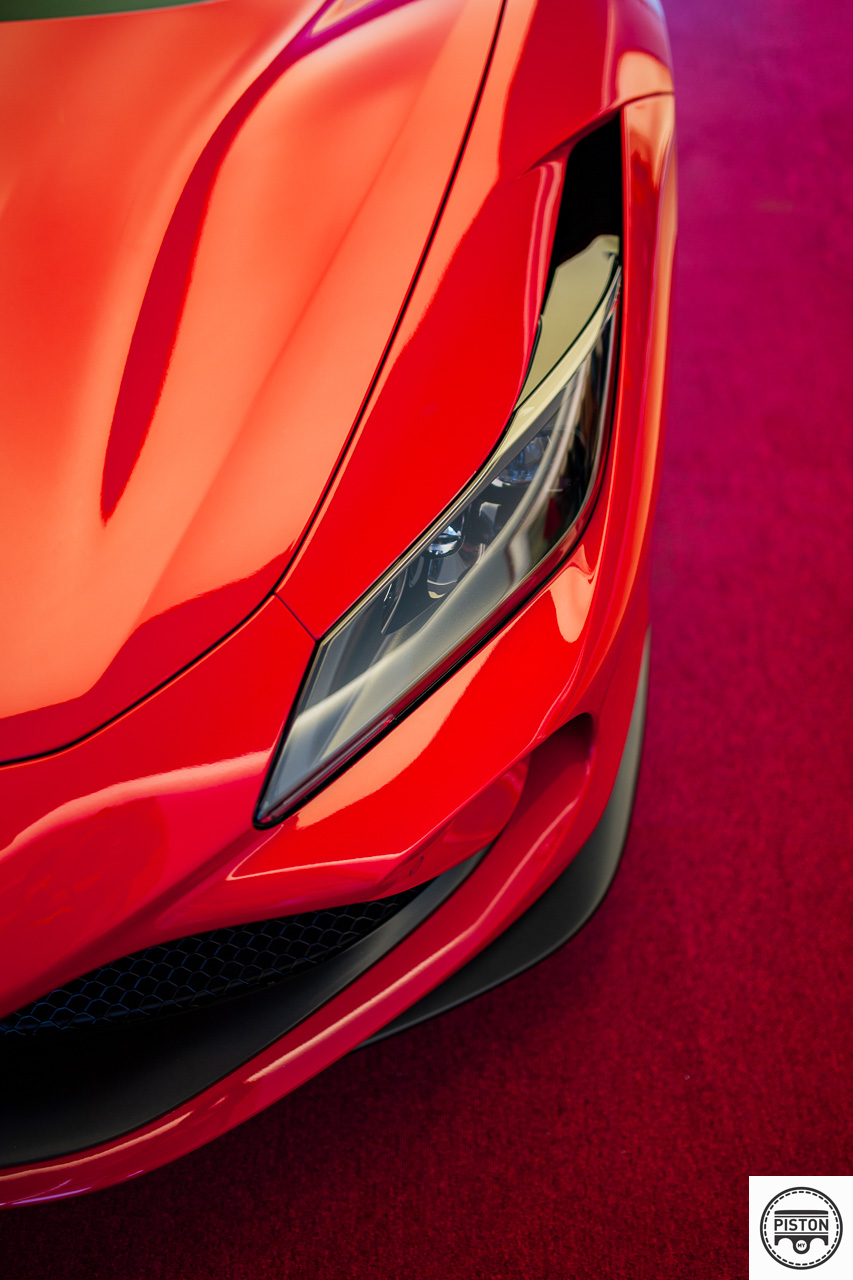 Well, that is not lost. Because the zero turbo lag in the F8 Spider is derived from the Ferrari Challenge cars – the 488 Challenge to be specific.

Ferrari has placed turbo rev sensors to detect when power is needed, and this maximises the efficiency of the turbochargers. Simply put, the turbochargers almost feel like they have been hard wired to your right foot, that iconic whistle of a turbocharger comes alive with every flex of your foot. 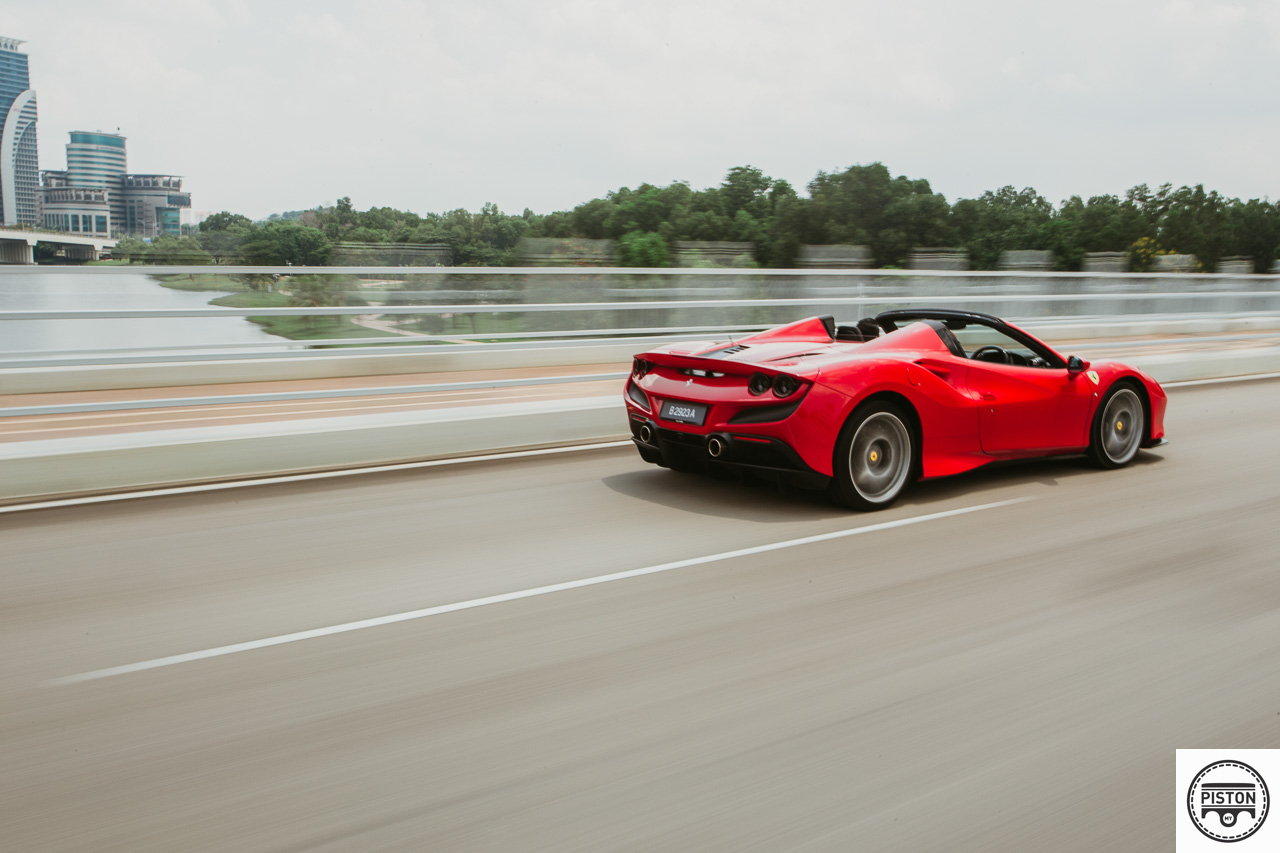 And of course this is also down to the fact that the gearbox is equally as brilliant as the engine.

The seven-speed dual clutch transmission is one of the fastest shifting I have ever experienced in my career.

I never doubted Ferraris brilliance when it comes to powertrains and power delivery. After all, these are the same guys who introduced pedal shifters in Formula 1.

And they have continuously developed the technology. 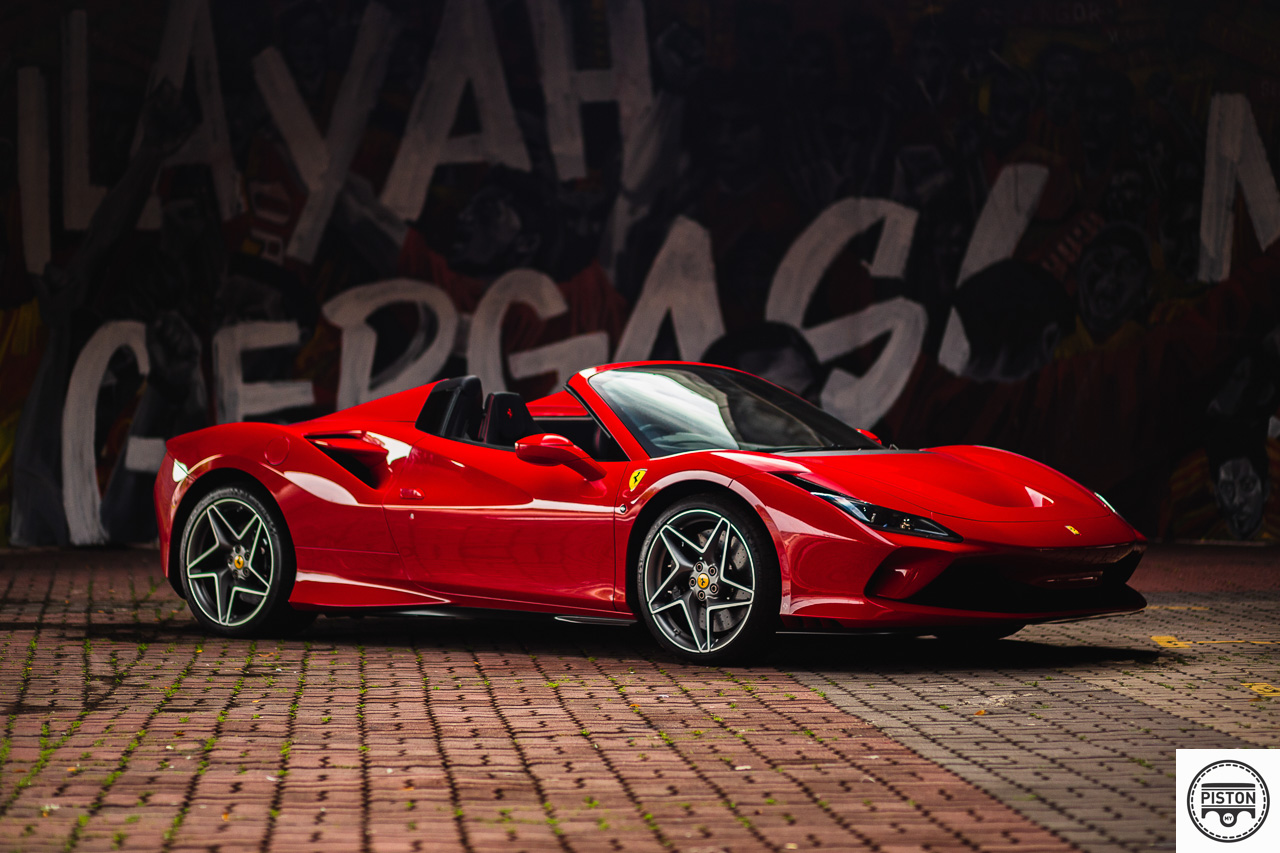 So it is this combination of engine and gearbox that has combined to offer one of the best driving experiences money can buy.

Put that in a car that looks like a piece of art with a roof that is able to fold away at speeds of up to 50km/h in just 14 seconds.

You can see how it folds and unfolds in the video embedded above of this article. 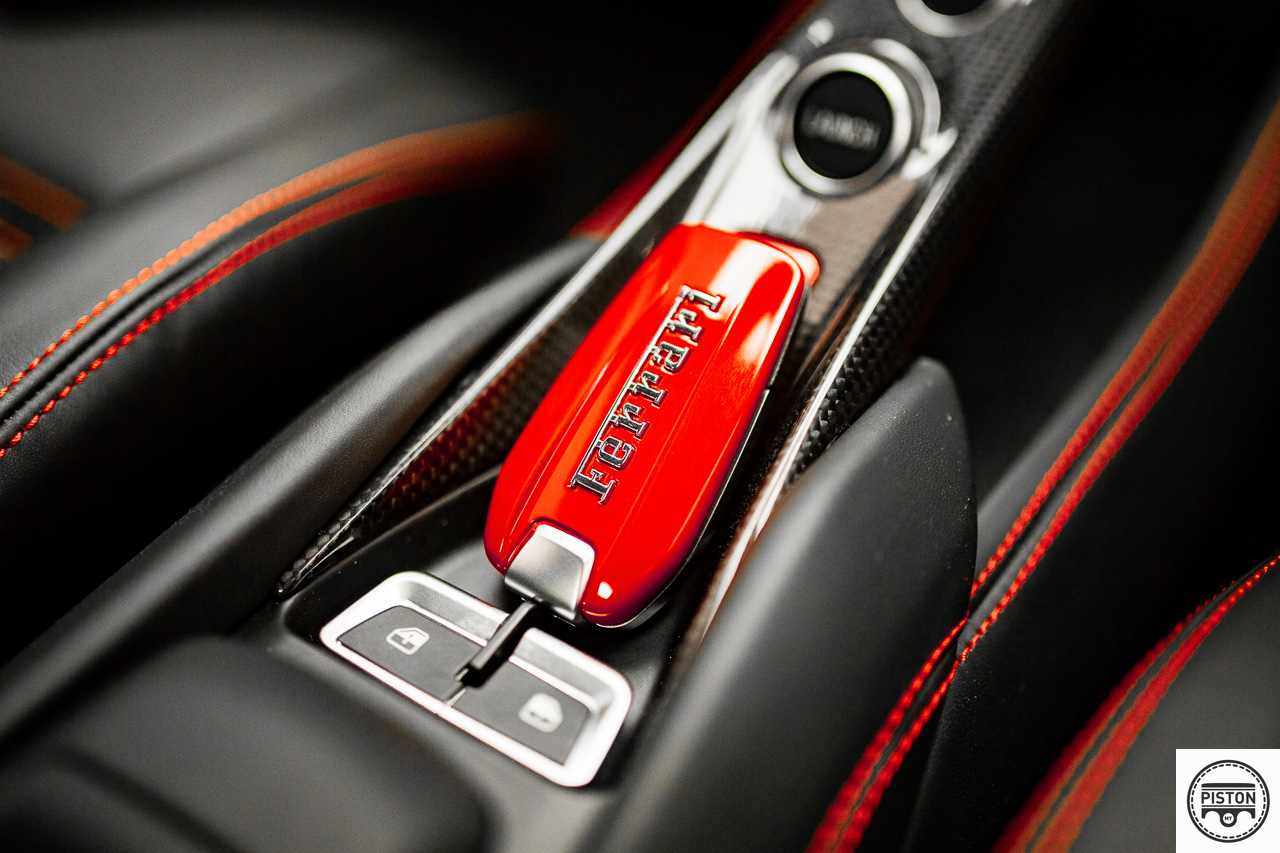 So the F8 Spider may be the facelift successor to the already very capable 488, but mid-life facelifts are not supposed to be this good.

As to why I was afraid of those rain clouds. I guess that is what we are hardwired to feel when we feel threatened.

My brain thought that I could easily hurt myself with 720hp at my disposal to the rear wheels. I was afraid I might get it wrong and bin it. 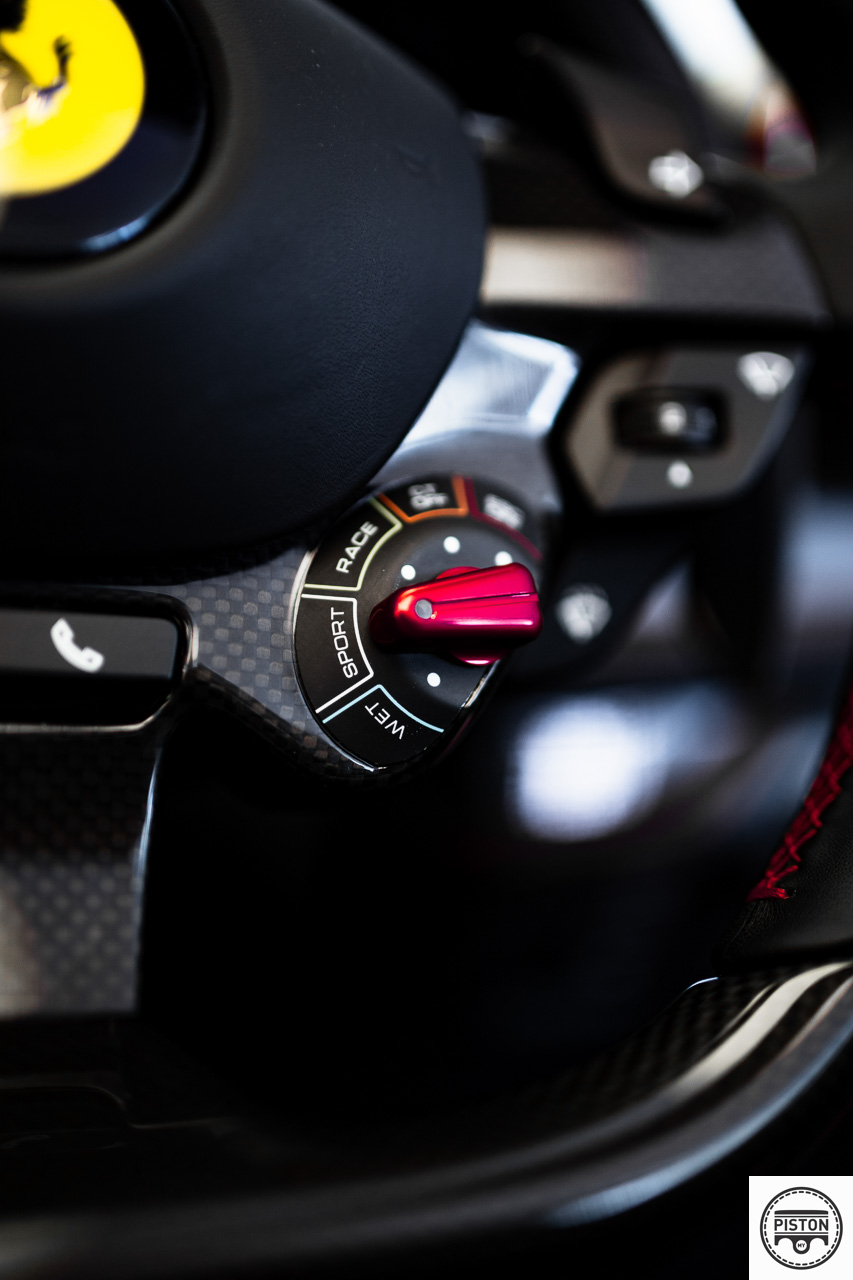 Well, it was as simple as turning the manettino switch to Rain mode.

The Ferrari F8 Spider is ferocious yet docile. And considering that this is just a facelift model, it really is not supposed to be this good because facelifts are usually reserved for cosmetic upgrades.

But then again, you don’t expect Ferrari to create something as unexciting as ‘just another facelift’.

The Ferrari F8 Spider is now in Malaysia with prices starting from RM1.18 million before duties and taxes and customisation. 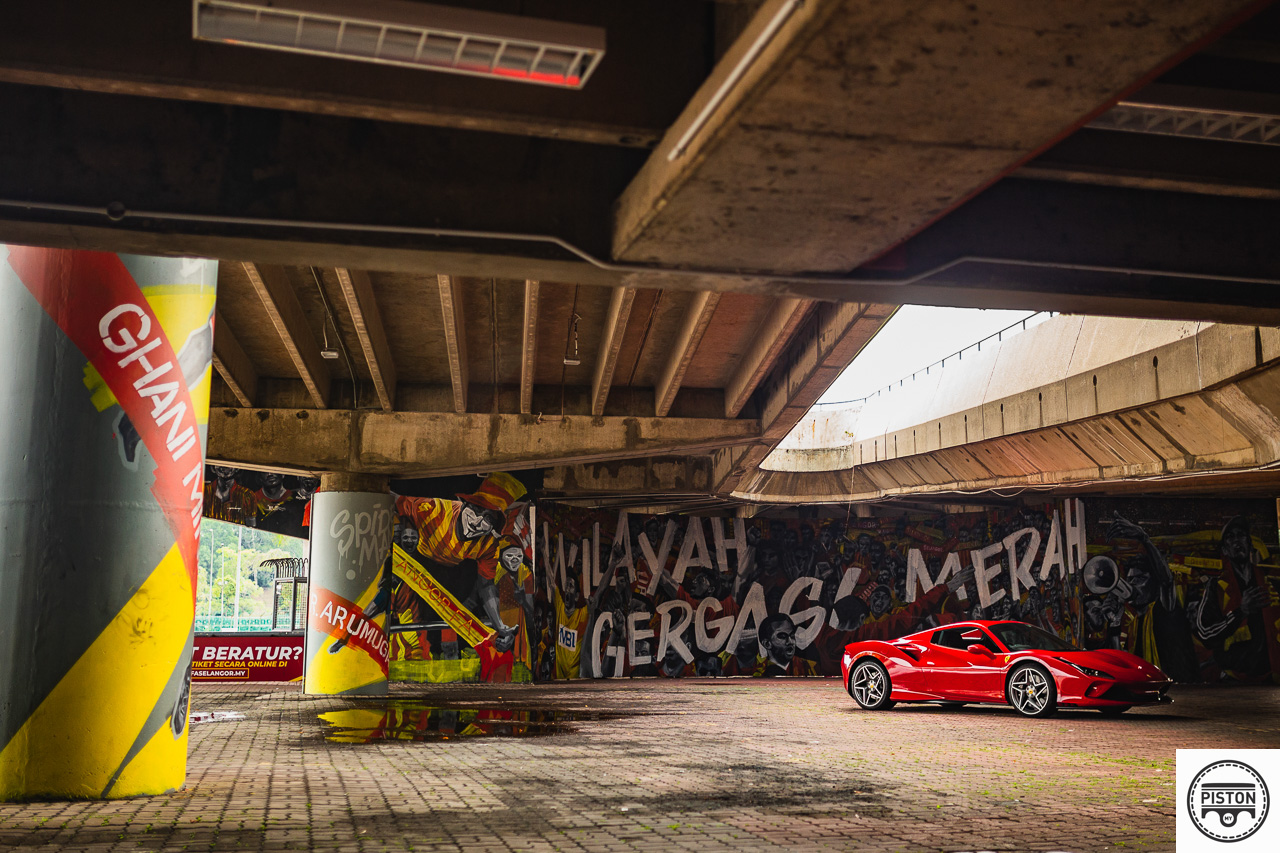 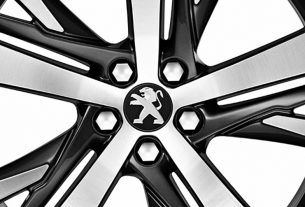 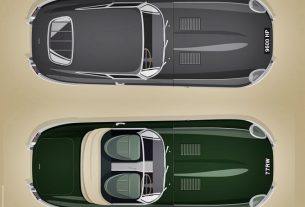 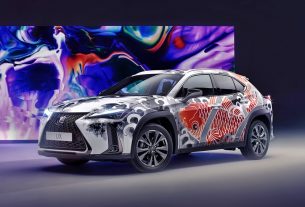