In the early 1980s, Honda was looking at a new generation of engines for the mainstream market. It was a period when multivalve cylinder heads (more than one intake and one exhaust valve) were beginning to enter mainstream engine design and Honda was looking at something which would enhance performance further. This effort brought forth the New Concept Engine (NCE) program in March 1984 which had specific targets that included high torque in both the low and high rpm ranges and dramatic increases in horsepower per litre. The program was a success, resulting in a series that included the DOHC engine found in the 1985 Civic and Integra, and the SOHC centre-plug engine in the 1987 City.

Ikuo Kajitani, an engineer in Honda’s Tochigi R&D Centre, was involved in the development of these 4-valve engines. Through his experience in engine design, Kajitani had become convinced that Honda’s next engine should offer a mechanism that could alter the timing of the valves. “Characteristically,” Kajitani said, “4-valve engines are known as high-revving, high-output machines. And for that reason, we knew it would be quite difficult to achieve low-end performance if the engine’s displacement were too small.” 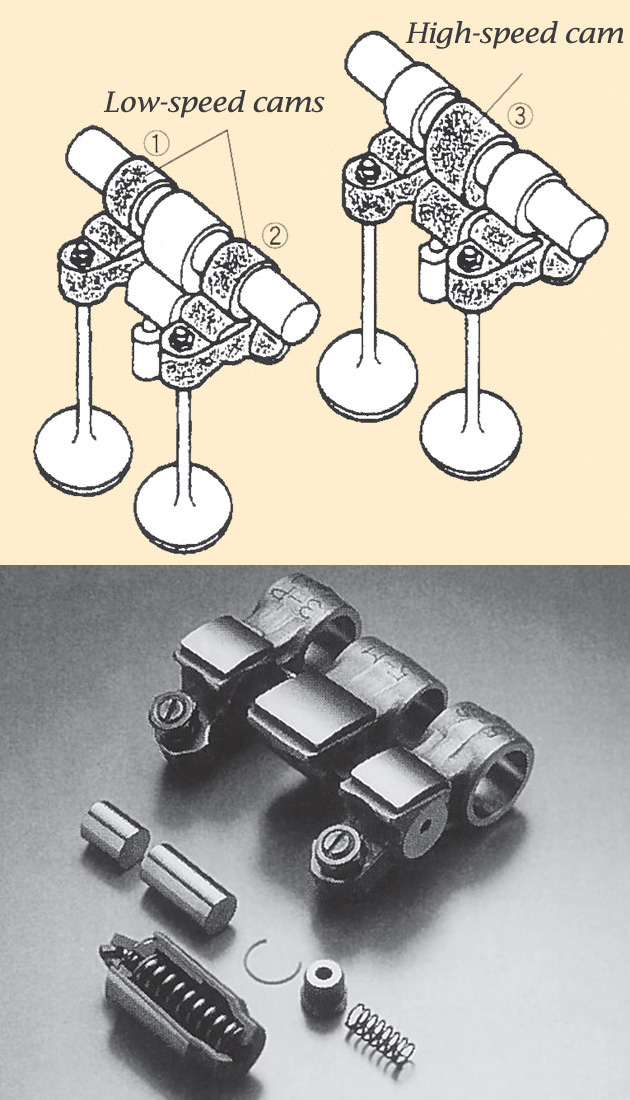 There were various problems during the process of development, eg a reduction in the valve’s interior angle, attempted in order to increase low-end torque, resulted in a broken timing belt and valve spring as the unit reached the upper rpm range. To address the problem, the development team put in long hours studying how to balance these two critical areas of engine performance. They knew they had already succeeded with their DOHC and SOHC powerplants, but to develop a new unit that would outperform its predecessors they would have to bridge the gap between the low end and the upper limit.

One group examined the idea of ‘switchable valve timing’ and in January 1983, a year before the NCE program began, a research team was formed to study the mechanism as a means of enhancing fuel economy…  even though by the end of 1982, Honda engines were already capable of a world-beating 17.7 kms/litre.

A possibility was identified through the study of a new valve mechanism. Specifically, it was believed that the installation of a new set of cam followers and rocker arms for high-speed operation on the intake and exhaust sides would help, along with the switching of cam hills according to engine speed. This was to be their solution to higher engine efficiency and was the so-called “valve stopping + variable valve timing” mechanism employed in the NCE program. 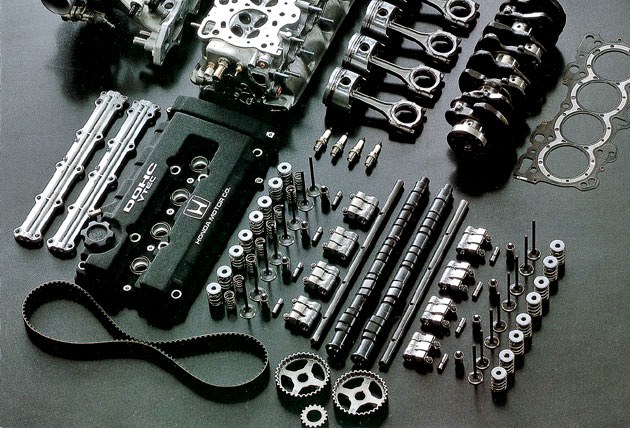 The mechanism underwent a program of study and refinement. Eventually, it evolved into Honda’s VTEC (Variable Valve Timing & Lift Electronic Control System) engine that would become a key feature of Honda engines up till today. The new technology, which offered a new level of performance, made its debut in the 1989 Integra.

“Find a new technology to lead the next generation of Honda engines.” This was the directive issued by top management at Honda R&D and, in response, a project was proposed to expand the variable valve-timing approach. Since it had originally been created to improve fuel economy, the engineering staff’s new assignment would be to combine outstanding mileage with impressive output across the entire powerband.

Approval was given in November 1986 with the first objective being to develop a new engine for the Integra. Kajitani, a lead engineer of the engine development project, knew that working on VTEC technology would not merely solve many problems he had experienced in development of the DOHC and SOHC engines, but would play a major role in the creation of future powerplant designs. 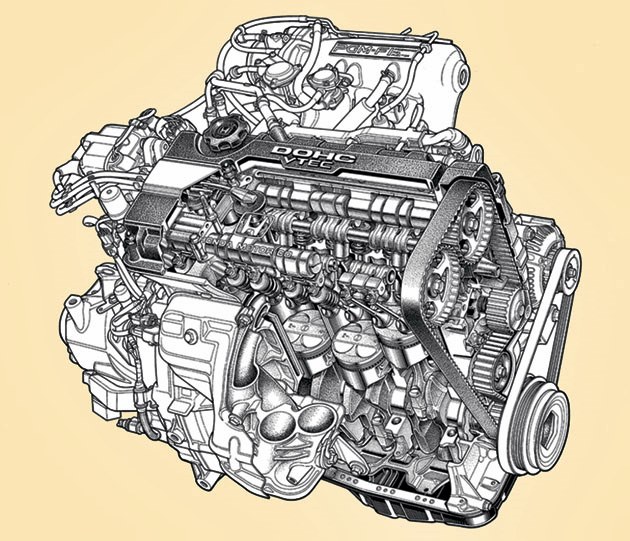 He believed the specification for Honda’s new engine – 90 bhp per litre (or 140 bhp from a 1.6-litre unit) – was not really reflective of the 1990s approach. After all, the DOHC engine already produced 130 bhp but the new engine would only have 10 bhp more than that. He was not satisfied with that level and as if to read Kajitani’s mind, Nobuhiko Kawamoto, then president of Honda R&D made a thoughtful suggestion: “Why don’t you raise your target to 100 horsepower per litre?”.

It had always been thought that a normally-aspirated engine could not be made to produce 100 bhp/litre. But Kawamoto was an experienced engineer and his words inspired Kajitani. The new target would mean 160  bhp from only 1.6 litres, and at a maximum of 8000 rpm. “We’ll make that our goal,” he declared.

“Conventional engines in those days could only produce 70 or 80 bhp per litre. But here we were, being asked to increase it all the way to 100 bhp… it wasn’t going to be easy,” Kajitani recalled. “An engine becomes subject to a higher load as you increase its rpm. So we had to keep in mind the quality-assurance target of 15 years, or 250,000 kms, for a mass-production engine. We all wondered how on earth we were going to reach that number while ensuring the required quality of mass production.” 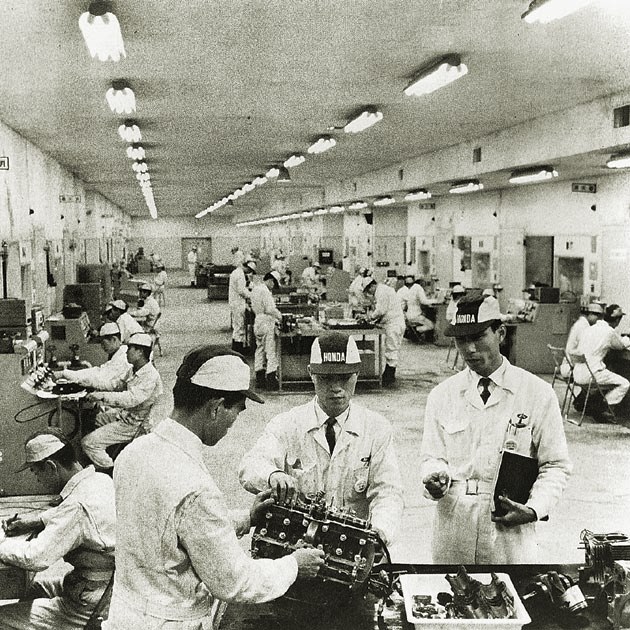 When Kajitani sat down with his associates and told them the target, he was immediately swept back by a barrage of questions. For example, the target of 8,000 rpm was almost 20% higher than the maximum output of 6,800 rpm achieved by the 1.6-litre DOHC engines of that time. Moreover, the inertial force upon various engine parts would increase by 40% and the engine would be subject to considerably higher loads due to its increased interior heat. Therefore, to reduce inertial mass under such high revolutions, the weight of each part would have to be reduced. Discussions were held daily for 3 months.

Finally, after everyone had expressed their opinions and proposed ideas, it was time to align all vectors in a single direction. The team identified some 30 new mechanism and technologies they would need to introduce in order to secure a stable VTEC system. These included a valve-operating system with a hydraulic timing selector pin, a small hydraulic tappet mechanism built into the rocker arm, and weight-reduction techniques to achieve higher revolutions and output. 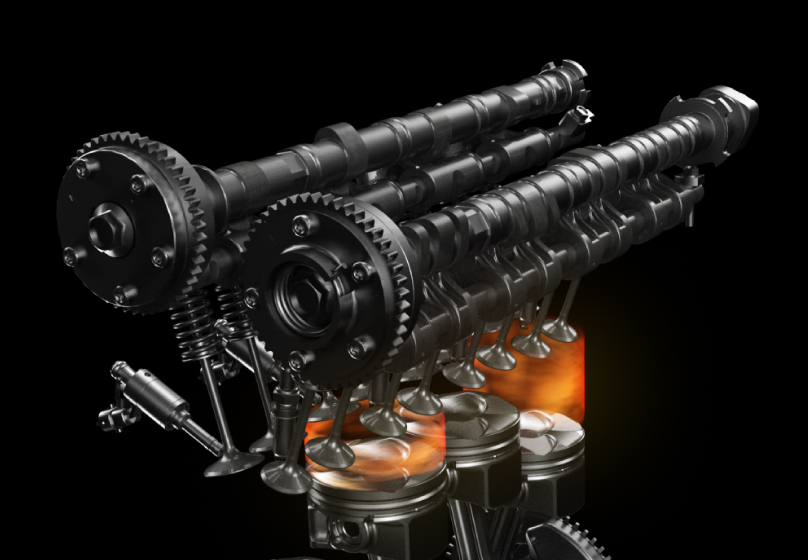 Is it genuine technology?

But Kajitani was not certain which technologies should be used and which should be set aside. He kept asking himself, “Is this technology genuine?” It was a question Kawamoto asked too. Kajitani’s personal view was that a technology would be ‘genuine’ if it had been in the market around for 10 years. “Even so, a technology that’s been for around 10 years is one that’s accepted by society. In that sense, there shouldn’t be any problem adopting such a technology to all models,” he said.

The difficulties the team endured through its discussions with the committee helped bring the VTEC engine to life. But there was often fear in Kajitani’s mind, as well. “I thought we might not be able to achieve it because the goal was too high,” he said.

It was quite difficult, for example, to balance the valve-timing lift against the load placed on the timing belt, which would increase at high rpm due to the spring and other factors. Although it was a problem needing a solution in order to achieve the target output, such an answer would not be easy to find. 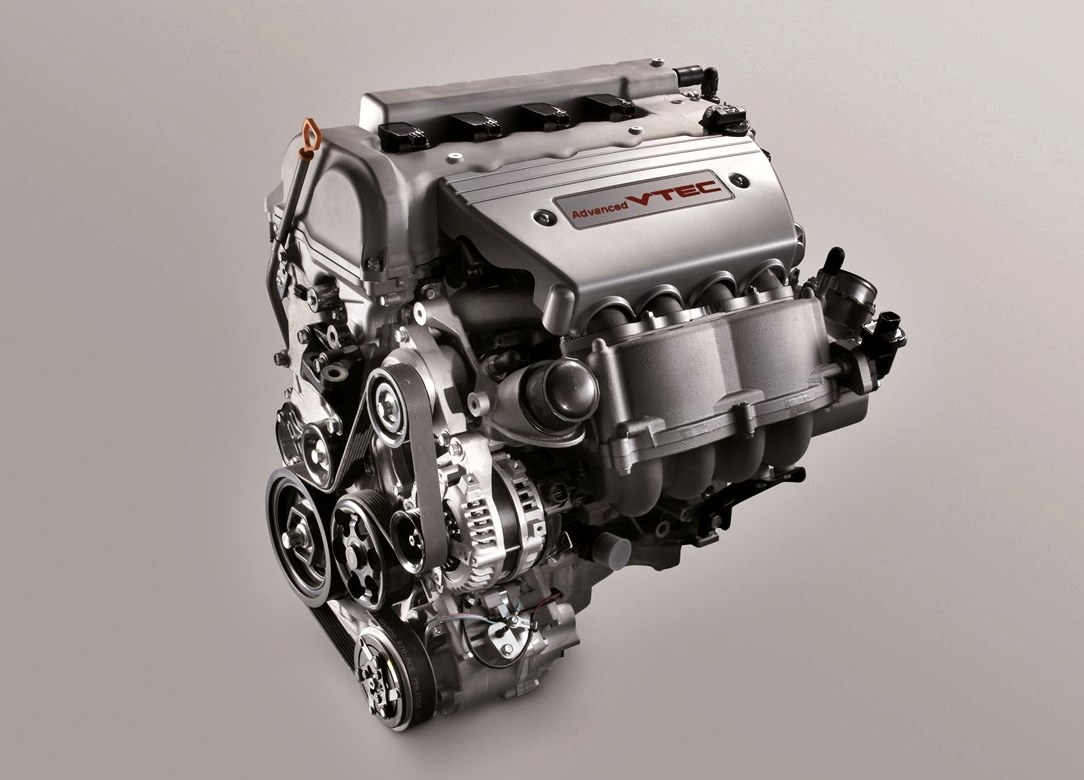 One of the approaches taken to increase output across the full rev range was by widening the diameter of the intake valve. Also, the team adopted valve timing and lift settings that were comparable to Honda racing engines in order to enhance volumetric efficiency. The improved output resulting from that technique actually served to improve performance at high speeds. Additionally, measures were taken to reduce intake resistance. At last, the goal was reached, with a full 160 bhp at 7600 rpm and a redline of 8,000 rpm.

Low-speed torque, an initial project objective, was obtained by changing the low-speed cam’s setting. This permitted the intake valve to close early, drastically improving the engine’s volumetric efficiency. Since the engine now had higher efficiency at low speeds of operation, a broader torque band could be realized.

The implementation of new materials was certainly a factor in the successful application of these technologies. For example, since the VTEC engine’s three cam followers must be positioned in a single bore, the camshaft offers relatively limited cam width. Therefore, the shaft must be designed to withstand high surface pressures. To achieve this, the team developed a new camshaft of cast steel.

The VTEC engine program then went into a critical phase. In order to ensure absolute reliability in mass production and introduce the engine to the market with confidence, the team had to guarantee the functions of all mechanisms and parts. In addition to a significant responsibility for product reliability, the team had special expectations regarding the VTEC engine. “We all shared the determination to apply these technologies to every Honda model,” said Kajitani. The team’s view was that VTEC technology shouldn’t be limited to the Integra alone but further improved for use on future Honda models.

Honda’s new Integra, equipped with the DOHC VTEC engine, was introduced to the market in April 1989. The VTEC technology drew considerable praise as the world’s first valve mechanism capable of simultaneously changing the valve timing and lift on the intake and exhaust sides. In addition to its impressive output and high-revving energy, the VTEC powerplant offered superior performance at the low end-including a smooth idle and easy starting-along with better fuel economy. 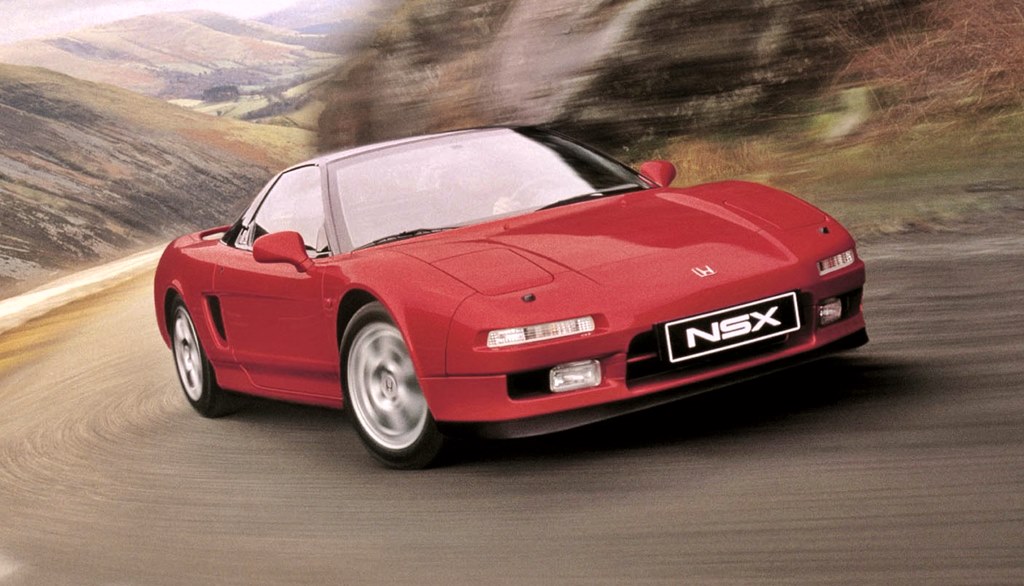 Evolution of the VTEC engine

The DOHC VTEC engine was subsequently adapted for use in the NSX as well as the Accord and Civic. Following the SOHC VTEC engine, and then the VTEC-E in 1991, the technology evolved into the 3-stage VTEC engine introduced in 1995, which demonstrated an even greater degree of efficiency in output control. By 2001, the K-series engine family incorporated the first i-VTEC cylinder with an automatic self-adjusting cam gear to continuously optimize valve overlap for all rpm ranges. A number of the latest Honda models have the 1.5-litre VTEC TURBO engine, a powerplant that retains the fuel economy benefits of a small engine and yet produces torque exceeding that of a 2.4-litre engine. 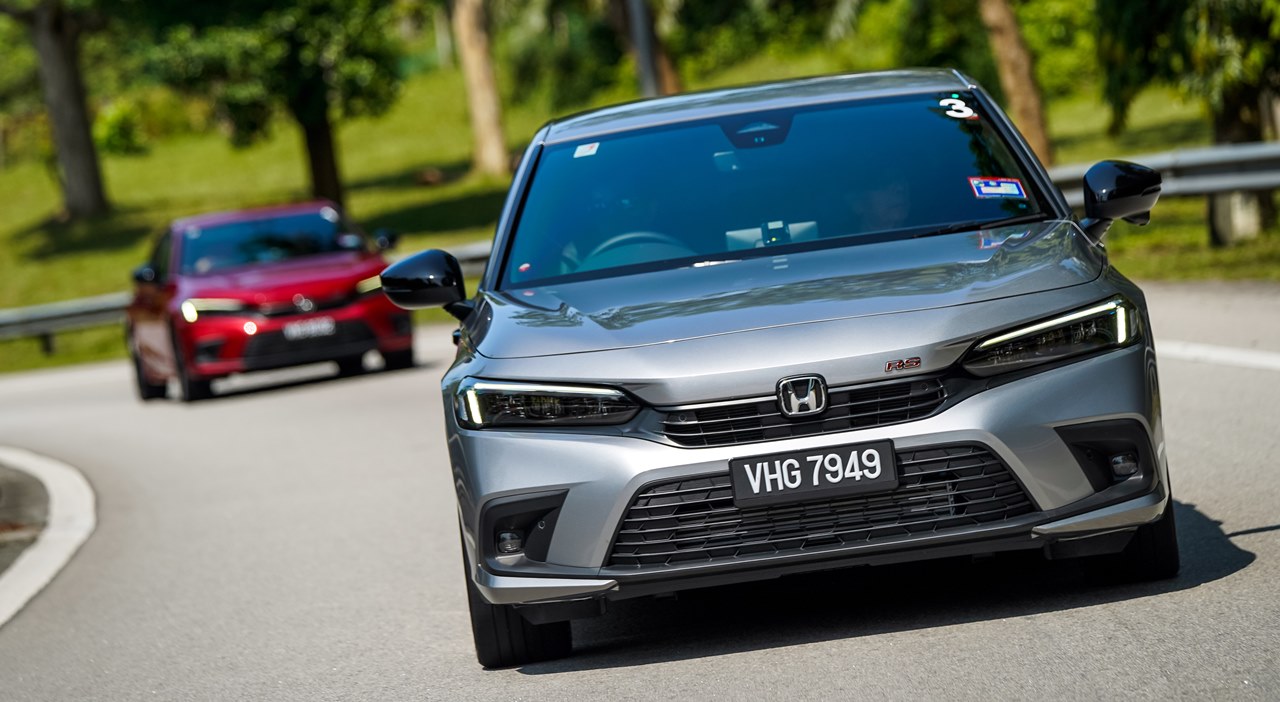