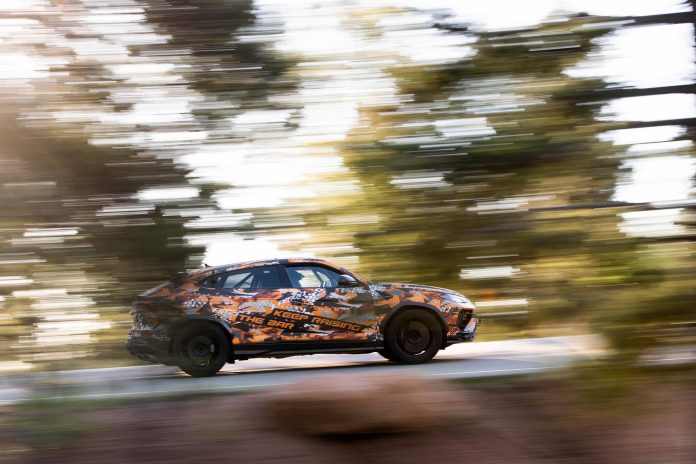 A new Urus SUV will make its debut in the near future but even before its world premiere, it has already collected a new record in the production SUV category on the track used for the Pikes Peak International Hill Climb (PPIHC) in America.

Yet to make its formal debut, the new Urus was not entered in the official race but the time was recorded by the official timekeepers of the event. When it reached the peak, its record time was quicker than both the previous PPIHC-sanctioned non-race day manufacturer record of 12:35.610 set by Paul Dallenbach in 2014, and the current race day record of 10:49.902 held by Rhys Millen, set in 2018, in a Bentley Bentayga.

The Urus was piloted by hillclimb champion and Pirelli test driver, Simone Faggioli, holder of the rear-wheel drive record set in the 2018 ‘Race to the Clouds’, the name given to the PPIHC. Because it has not made its official debut, the SUV was covered with a camouflage wrap to conceal some of its styling features.

The timed drive took place on the same route as the race, with the road closed to traffic for the occasion. Starting from an altitude of 2862 metres, Faggioli tackled the 156 turns that wind for 20 kms, rising a further 1,439 metres to reach the finish-line at the top which is at an altitude of 4,302 metres. It took him 10:32.064.

“The decision to test ourselves at Pikes Peak reflects the Lamborghini spirit of ‘expect the unexpected’, and demonstrates the outstanding performance of the new Urus model to be presented shortly,” said Rouven Mohr, Automobili Lamborghini Chief Technical Officer. “Pikes Peak is the most famous hillclimb event in the world, as well as being extremely challenging for the car: the uneven track layout tests the chassis’ balance; the significant altitude differences stress the powertrain; and the weather conditions can change very rapidly between start to finish.”

The Urus, equipped with the standard twin-turbo V8 engine, was modified to comply with the safety regulations of the event. Some of the changes and additions were the roll-cage installed around the cabin; the standard seats replaced by a racing seat with 6-point harness; and a fire extinguishing system.

The tyres fitted (285/40 R22 and 325/35 R22) were an evolution of the Urus’ Pirelli P Zero Trofeo R. For the first time, the Pirelli semi-slick tyre has been developed to meet the characteristics of an SUV, with this particular variant developed in cooperation with Lamborghini.

The result of the collaboration is a tyre with increased versatility, returning high performance both on dry asphalt with high ambient temperatures and on wet surfaces with colder temperatures.