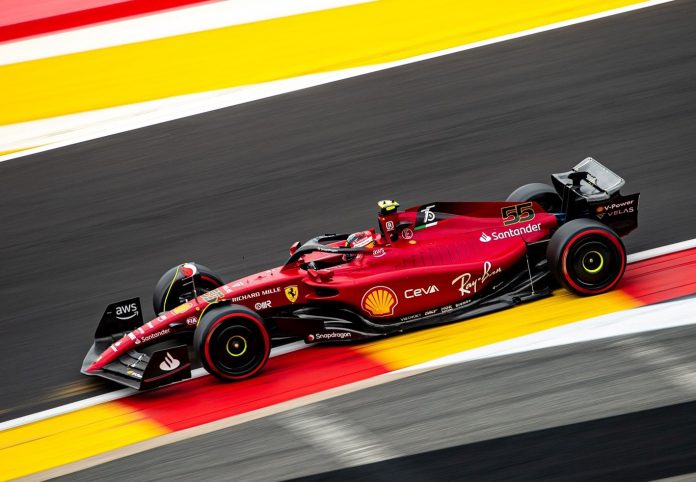 After the usual summer break, the 2022 Formula 1 World Championship resumes for Round 14, the 66th Belgian Grand Prix at the Spa-Francorchamps Circuit. Of the 66 times, Spa-Francorchamps has hosted F1 races 54 times, the other circuits being Zolder and Nivelles.

This circuit has the longest lap distance on the F1 calendar, with a length of 7.004 kms. As a result, it also has the least number of laps – just 44 – for the race to total 308.052 kms. For this year, the circuit has been modified with key changes but still retaining the challenges drivers have faced before. One of the reasons for the changes has been to bring back motorcycle racing and, in some sections, Turn 9, for example, there are two versions which satisfy the requirements of both car and motorcycle racing.

Besides resurfacing certain areas, there are changes to the run-off areas, realignment of barriers and fences and changes to kerbs. Additional gravel traps have been installed on mid-corner to corner exits to discourage drivers from exceeding track limits.

“Spa has undergone some of the biggest changes we have seen since we started going there in the modern era of Formula 1. But we know something of what to expect, thanks to the 24-hour race last month, as well as some asphalt samples that we have taken,” said Mario Isola, Pirelli’s Motorsport Director.

“In addition to some new asphalt on 5 corners, there are some new gravel traps on 4 corners, which are much closer to the side of the track. Drivers will need to pay more attention to track limits, and there’s also an increased chance of sharp gravel being dragged onto the surface. The epic nature of Spa remains unchanged though, with all the traditional challenges that make the circuit so exciting still in place,” he added.

Spa-Francorchamps is one of the most demanding circuits for tyres on the F1 calendar, with its particularly high lateral loads. The famous Eau Rouge-Raidillon complex is just one of the places where tyres are subjected to multiple forces: pushed into the ground by downforce and compression, while cornering at the same time. Variable weather is always well known at Spa-Francorchamps, making an outing for the Cinturato Green intermediate or Cinturato Blue full wet tyre a distinct possibility.

According to Brembo technicians, the circuit is also demanding for brakes. On a scale of 1 to 5, it is rated 4 on the difficulty index. It is the most complete track in F1 because in just over 7 kms, it has corners and straights of all shapes and lengths. One of its distinctive features is the 3 braking sections of at least 2.5 seconds, something not shared by any other track on the calendar. ​

This year, as a result of the increase in wheel diameter from 13 to 18 inches on the new F1 racing cars, the diameter of the brake discs has also increased. The increased braking force required has also led to an increase in the size of the Brembo brake calipers made of aluminium alloy machined from billet and nickel-plated.

The dimensions of the calipers have increased on average 10% both at the front and the rear. This year, all the teams use 6-piston calipers at the rear too; the 4-piston rear calipers used by those who preferred their lighter weight have disappeared.

Despite being the longest track in the championship, the brakes are used just 7 times per lap. The brake system is used for just under 14 seconds on each lap, amounting to 13% of the total duration of the race. Although use of the brakes is reduced, when they are used, the strain on the brake system is very high.

“The long lap distance at Spa-Francorchamps brings with it a few unique challenges. For example, if a car gets damaged early in the lap, more time is lost getting back, and the weather is very changeable, so conditions can vary massively from corner to corner. And it means the lap takes longer to complete, therefore you can’t fit as many laps into practice and qualifying run plans to test different set-up configurations,” said Mercedes-AMG’s Toto Wolff.

The teams have therefore to give much attention to set-up, balancing the desire for outright pace on the straights with enough downforce to optimize lap time in the more technically demanding second sector.

“A bigger wing will gain time in the middle sector but leave you vulnerable on the straights, while a smaller wing will provide less drag for the flat-out sections but not providing the same level of grip in the twisty corners. This is a similar predicament to Baku,” Wolff explained.

In the long history of the Formula 1 Belgian GP, Michael Schumacher has taken the chequered flag the most times with 6 victories between 1992 and 2002. His last team, Scuderia Ferrari, has also been the most successful with 18 wins, followed by McLaren with 4 less.