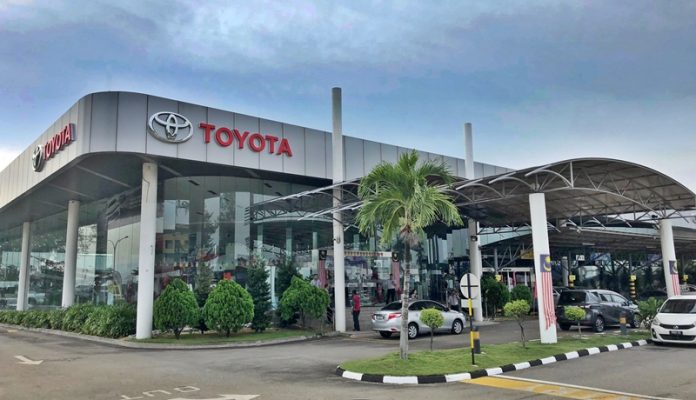 As supply improves, the car companies are able to deliver more vehicles to waiting customers and many have seen significant increases each month. These include UMW Toyota Motor (UMWT), which reported a total of 9,091 units comprising 8,961 units of Toyota vehicles and 130 units of Lexus vehicles. The total volume was 37% higher than what was achieved in July (6,637 units).

Cumulative deliveries for the first 8 months of the year reached 61,639 units (Toyota and Lexus combined), 62% higher than for the same period in 2021 when the cumulative volume was 38,085 units.

The company is looking forward to even better numbers in coming months as it will soon launch the new Toyota Veloz MPV. Since bookings opened in June, some 5,200 orders have been collected for the 7-seater MPV which will take over from the Avanza.

The Veloz, which will have a price estimated to be RM95,000 (without insurance), will have an all-aluminium 1.5-litre engine with Dual VVT-i. The engine is coupled to a 7-speed CVT and unlike the rear-wheel drive Avanza, power goes to the front wheels.

As with many of the models sold by UMWT, the Veloz will come with Toyota Safety Sense technology. This is a suite of active safety systems that will help the driver be alerted of potential accidents and even act if he or she doesn’t respond in the correct way (eg with Automatic Emergency Braking).

“The introduction of the new Toyota Veloz will be a significant moment for us, and we are confident it will be popular among Malaysians with its value for money premium offerings, advanced features and of course, the renowned Toyota quality and reliability,” said UMW Toyota Motor’s President, Ravindran K.

“We are grateful for the strong support and we are working around the clock to intensify production to ensure delivery to new car owners,” he added. The Veloz is assembled at the Perodua plant under contract.

Later this month, UMWT will also introduce improved versions of its Fortuner and Hilux models, followed by the Innova in October. Orders are now accepted at all authorised Toyota showrooms nationwide.

The three models were conceived as part of the Toyota Innovative International Multi-purpose Vehicle (IMV) project in the mid-2000s for production globally. The current generation, which has been in the market since 2016, has been popular with the Hilux in particular being the leader in the pick-up truck segment year after year.

“With the three improved vehicles, we are confident that we will be able to capture a strong demand from customers in both Peninsular and East Malaysia, at the same time increase our market share for this year,” said Mr. Ravindran.

In conjunction with the 2022 Merdeka and Malaysia Day celebrations, UMWT is offering value-added packages to all its customers with great deals worth up to RM4,000 on selected variants for the Vios and Yaris.

More information on promotions can be found at www.toyota.com.my or at any authorised Toyota showroom.