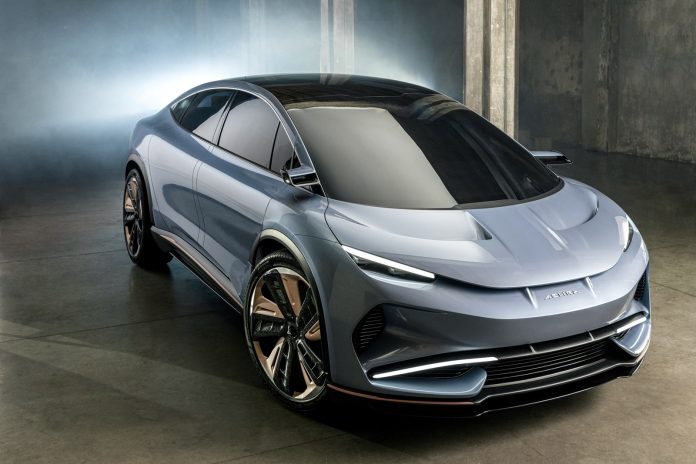 In the early part of the 20th century, many car companies were formed to make and sell the new ‘horseless carriages’. But over time, it was a case of Charles Darwin’s ‘survival of the fittest’ which applied to businesses as much as nature. By the end of the century, the number was considerably less than when it started and mega corporations were formed as a few companies merged.

Now, in the 21st century, the same thing is happening again as a ‘new’ type of motor vehicle – the electric vehicle (EV) – is poised to move into the mainstream – even displacing combustion engined vehicles in another few decades. And again, we see many new companies or start-ups appearing to try to get even a tiny slice of the growing EV market.

Some have been around a few years already, quietly developing their models and approaching investors and now, it seems that many are beginning to reveal themselves and present their products. One of them is AEHRA, an Italian company that aims to ‘disrupt the existing automotive ecosystem by distilling the values of Italian design, world-class engineering and American customer service to leverage the advantages of next-generation EV powertrain packaging and technology’.

After first showing sketches of its first model, a SUV, in September this year, the company recently revealed the exterior design the model which is simply known as the AEHRA SUV (perhaps for now). Taking advantages of the greater freedom afforded by being able to disregard conventional design approaches, AEHRA’S designers have come up with a radically different look with elegant futurism.

“With the AEHRA SUV, we have shunned the conservative constraints that have encumbered all other car manufacturers in their approach to designing EV vehicles to date. Instead, we have taken a highly courageous approach. And at AEHRA, this mindset drives not just the design of our vehicles, but every aspect, including engineering, the layout of the interior, the state-of-the art sustainable materials we use and how we are redefining the entire customer journey,” said Filippo Perini, AEHRA, Chief Design Officer.

The bodywork, sitting on a long 3-metre wheelbase, has a very low front end with exceptionally short front and rear overhangs. At night more than in the daytime, the SUV will draw a lot of attention with its narrow elongated headlights combined with LED lighting strips. These highlight the outer edges of the lower air vents to create a unique visual signature visible from afar.

While looking ahead and defying mass-market convention, the designers have also adhered to the pure values of classic Italian design. For instance, this sentiment is instantly evident in aspects such as the glassware, which appears to flow as a single piece from the very front of the car and over the roof, before sweeping down to the rear of the tailgate in an almost liquid-like fashion.

It is also dramatically expressed in the elytra-like doors, the name derived from the wings of certain insects to refer to the doors opening upwards. When open, there is ease of access into what is claimed to be an exceptionally spacious cabin ‘for four NBA-size players’.

“With the SUV, we have created a vehicle that goes far beyond the conventional standards set by the automotive industry for an SUV, and sets new benchmarks for style and comfort. We have used a monobody construction, which, while used widely in Italy in the past, is now normally reserved for supercars only. We have taken an equally radical approach to aerodynamics, which play a central role in the design, driving characteristics and efficiency of the SUV,” said Perini.

Using cutting-edge CFD (Computational Fluid Dynamics), which have an accuracy equal to and, in some respects, greater than those achieved in wind tunnels, Perini and his team have generated a groundbreaking flowing body, which is said to achieve exceptional aerodynamic efficiency.

The knowledge gained during this approach has been forensically applied to the design of the front and rear of the SUV to maximize aerodynamic drag reduction, cooling and battery thermal management.

AEHRA has also adopted innovative aerodynamic management, with movable elements at the front and rear, giving a sporty ride while also improving active safety. These solutions also optimize drag coefficient and thermal management of the batteries and help to extend the range of the SUV.

Low weight being of great importance to EVs, the AEHRA engineers have utilized the full potential of ultra-advanced, exceptionally light, highly sustainable composite materials, including forged carbonfibre technologies (which have only come to the market in the last few years), further enhancing the efficiency of the vehicle.

A sedan model will be revealed in February 2023 and the company plans to start first deliveries of its models to global markets during 2025.