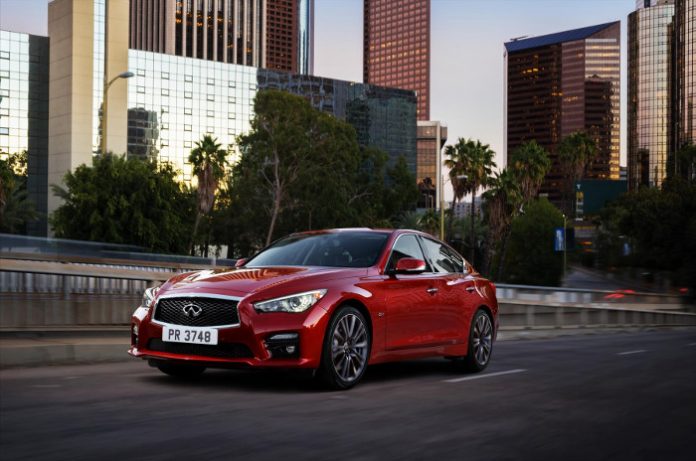 Infiniti has announced that it has recieved record sales in the first quarter of 2017 by posting sales of 67,367 vehicles worldwide for the entire quarter, which is said to be an 18% percent increase compared to the same period last year. In March alone, the automaker shifted 28,406 vehicles which a 14% increase from last March.

Roland Krueger, President of Infiniti Motor Company said, “It is gratifying to see that customers around the world continue to appreciate the design, performance and quality they expect from Infiniti. The Infiniti team, and in particular our retail partners, can be very proud of the record first quarter and record month, following our record year in 2016. Our momentum is of course led by new products, with the Q30 and Q60 now on sale in key global markets. The momentum continues next week when we unveil the QX80 Monograph full-size SUV design study in New York, and the QX50 SUV crossover concept in Shanghai the following week.”

In the USA, Infiniti had the best quarter by selling 43,561 vehicles which is a 33% increase. Further up north, in Canada, the automaker sold 2,800 vehicles but in March alone, 1,292 vehicles were sold. It was a similar story in China too, with the Japanese giant selling 10,000 vehicles and posting a 4% increase in sales for the quarter. For markets in Asia and Oceania, Infiniti has also achieved record sales in countries such as Australia and Taiwan.

Whether the automaker can maintain this momentum for the remainder of 2017 remains to be seen, and all we can do is wait and see.