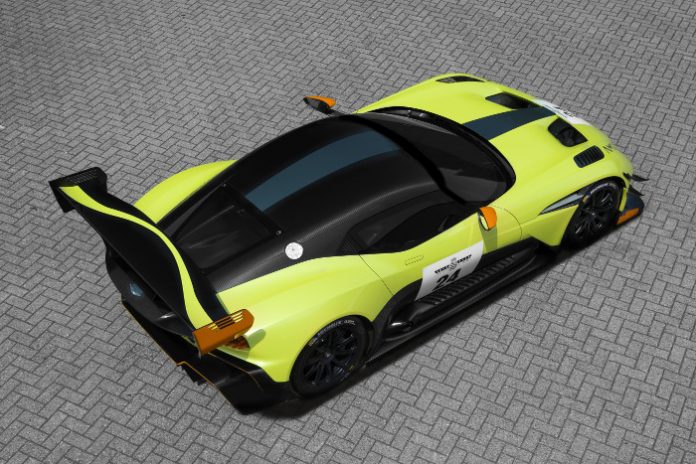 Aston Martin has been dominating the news these past few days and rightly so, considering that it announced several new releases and the fact that will be using Mercedes-Benz engines in its future cars. This time around, the news is on the wildest car to come from Gaydon, being made even wilder. The car in question, is the Vulcan fitted with the AMR Pro package.

After the upgrade, the car is badged as an AMR, Aston’s newly created performance brand. Compared with the base Vulcan, this upgrade gives the car extensive aerodynamic enhancements and shortened gearing to produce increased downforce, greater responsiveness and reduced lap times.

The aerodynamic changes that are made include loured panels added above the front wheel arches to extract high pressure air and reduce aerodynamic lift. A sizable pair of dive planes have been added to each side of the nose to help pin the front-end to the track and the front splitter has turning vanes fitted to its underside to improve steering response. Through some clever engineering, the car’s engine cover has been lightened too, by an impressive 5kg.

As for the rear, the changes are just as extensive as those at the front thanks to a new rear wing. Unlike that of the standard Vulcan, the AMR Pro’s wing has a dual plane design rather than a single plane one, and its main element features a 20mm ‘Gurney’ flap that is aided by slotted wing end-plates that have additional 15mm Gurneys to maximize downforce. 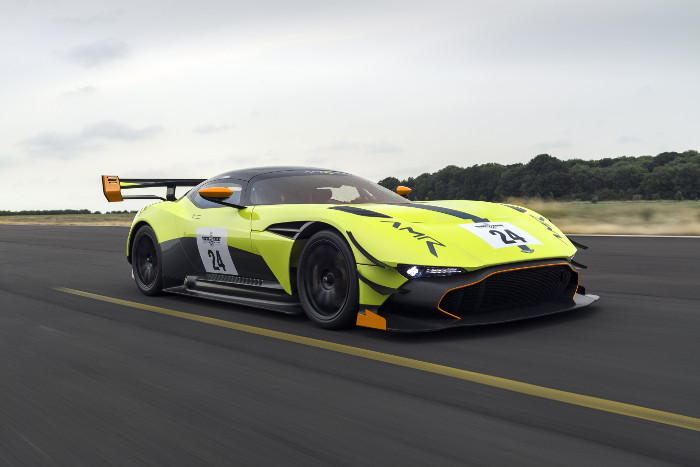 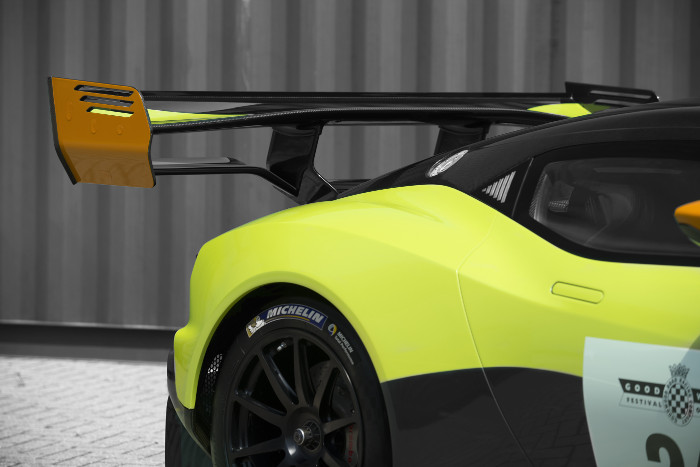 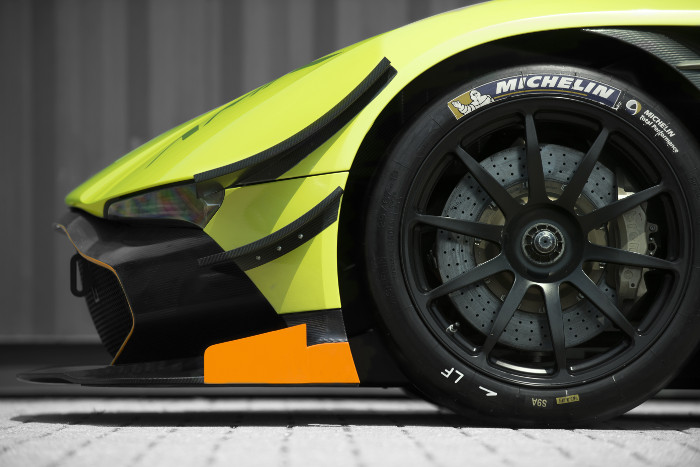 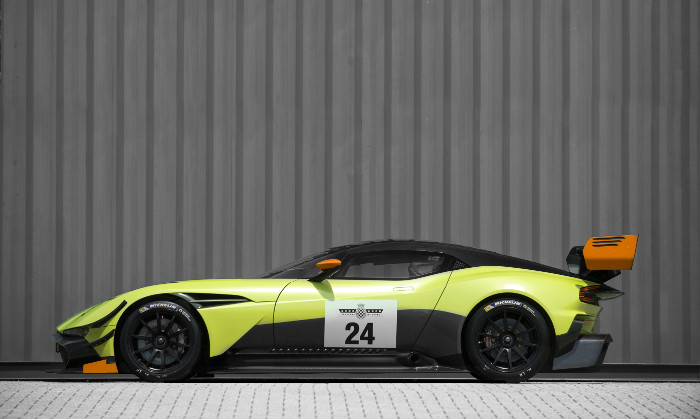 All these tweaks combined, give the AMR Pro 4000Nm of downforce compared to the standard Vulcan’s 3150Nm. This figure dwarfs that of the downforce generated by the 2017 Le Mans Winning Aston Martin Racing Vantage GTE with just 3104Nm. They have also allowed the Centre of Pressure to be shifted closer to the middle at 47% compared to 41.5% of the base Vulcan. This will help improve traction, steering response and front-end grip.

Speaking of this upgrade pack Aston Martin Vice President and Chief Special Operations Officer, David King, said, “The shorter gearing makes for truly explosive acceleration between the corners, while the aero package’s increased downforce and improved balance gives our customers the all-important confidence to explore the extraordinary performance on offer.”

Having said all of this, the standard Vulcan is no slouch. Prior to the introduction of the AMR Pro package, it was the fastest, loudest and meanest looking Aston Martin to be made. It produces an impressive 820bhp from its colossal 7.0-litre V12 engine, coupled with a kerb weight of just 1,350kg, the car is nothing less than a rocketship.

Production was limited to just 24 cars and was delivered to customers throughout 2016. It was conceived and engineered to deliver similar excitement but exceed the performance of the automaker’s Le Mans winning race cars. Owners of the Vulcan have received extensive driver training by Aston Martin’s expert team of instructors to enable them to hone their skills at being able to tame the relatively bullish Vulcan.

The AMR Pro is an upgrade package that will be fitted to existing Vulcan cars in stages and depending on whether customers are keen to get the upgrade done. The package will be installed by Q by Aston Martin Advanced Operations. An already completed AMR Pro will be make an appearance at the Good Wood Festival of Speed today.