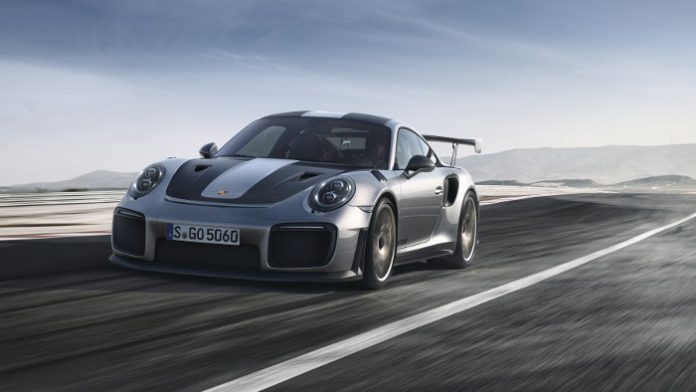 Porsche has finally unveiled its 911 GT2 RS, a track-focused, rear-wheel drive sports car that features a race-bred chassis and rear axle steering. It’s a lightweight car, which is evident by the extensive use of carbon fiber reinforced plastic (CFRP) for the exterior mirrors, air intakes on the rear quarter panels, front luggage compartment lid, certain other parts of the rear and many of the interior components.

Porsche has also fitted a titanium exhaust system that weighs 7kg less than that in the 911 Turbo and is said to deliver a distinct yet pleasing exhaust note. The roof panel is made from magnesium, which should help lower the overall centre of gravity.

And if that isn’t enough, more weight can be shed by opting for the optional Weissach package. This gets you magnesium wheels, other trim panels made from carbon fiber, which include the roof, anti-roll bars and end links on both axles.

What really separates the GT2 from other 911 cars are the large air intakes and outlets on the bumpers as well as a unique rear wing that improve the car’s overall aerodynamic efficiency and increase downforce. Porsche says that the car has exceptional grip due to the race-bred chassis, rear axle steering capabilities and the ultra high performance tyres.

This GT2 RS has the same 3.8-litre engine as that found in the 911 Turbo S but power has been increased further by the use of larger turbocharger and a new additional cooling system for the intercoolers. 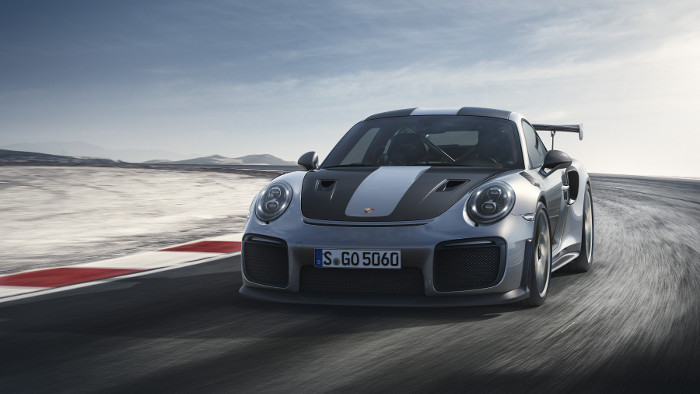 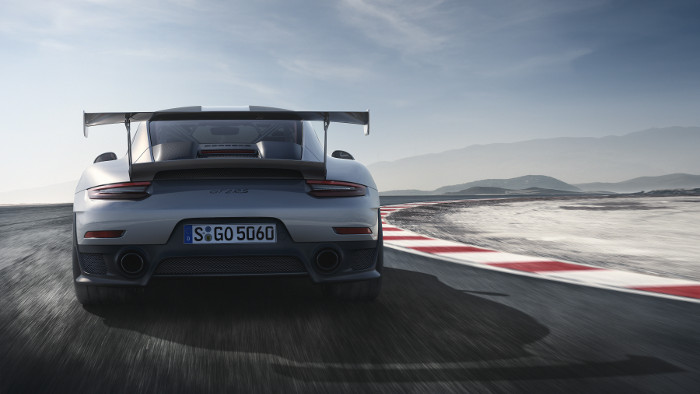 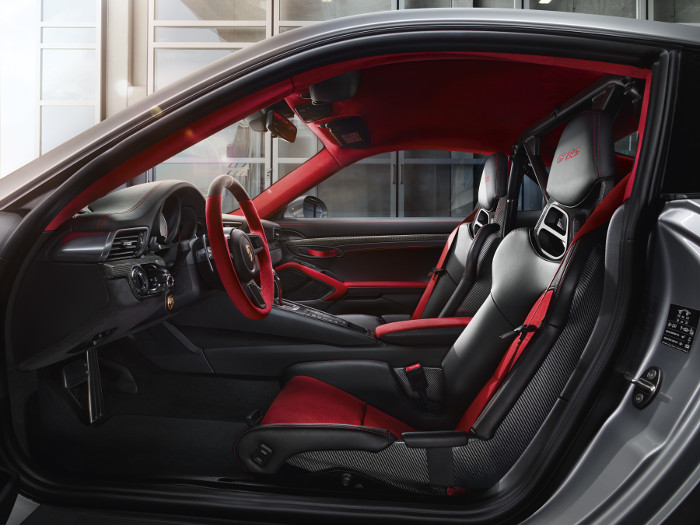 As such, the twin-turbo flat six engine produces 700bhp and 750Nm of torque which is about 80bhp and 50Nm more than its predecessor. Power is sent to the rear wheels via a customised GT 7-speed dual clutch (PDK) gearbox that offers maximum efficiency and uninterrupted torque transfer. It can go from 0-100km/h in just 2.8 seconds and reach a speed of 340km/h.

Despite being a track ready car, the GT2 RS does come with the usual electronic driver safety aids that include stability control and traction control. They make up the Porsche stability management system or PSM, which can be switched off in two states using ESC off and then ESC + TC off.

Inside, the car has a red Alcantara black leather upholstery and several carbon fiber trim pieces throughout the cabin. There’s a GT2 RS Sports steering wheel that is fitted as standard and so are the full bucket seats with carbon fiber reinforced backrests and Porsche Communication Management (PCM) system, which functions as the central control unit for audio, navigation, and communication. Porsche Connect Plus and the Porsche Track Precision app are also included as standard.

Porsche has also released a chronograph watch to mark the launch of this very special car, which will only be available exclusively to 911 GT2 RS owners. It is the first clock movement that Porsche Design can call their own and is housed within an elegantly made lightweight titanium body. The movement is a caliber 01.200 one that includes a flyback function, a load-path-optimized movement bridge, and an official COSC certificate of authenticity.

The Porsche 911 GT2 RS is available to order now but customers should receive their cars towards the end of this year or in early 2018.