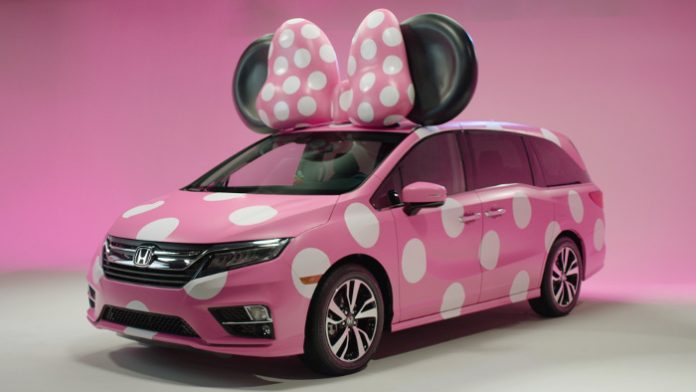 Honda USA teamed up with Disney-ABC to produce the Minnie Van, which is essentially a 2018 Odyssey that has been reworked to resemble the looks and colours worn by the iconic Disney character.

The car features the signature polka dots worn by Minnie. And the idea of creating such a vehicle was inspired by the magic of Disney, its beloved characters and the power of imagination.

He went on to say, “In creating the MINNIE VAN that will be on display at the D23 Expo, we’re proud to partner with Disney-ABC and be inspired by the style of the most fashionable gal around – Minnie Mouse.” 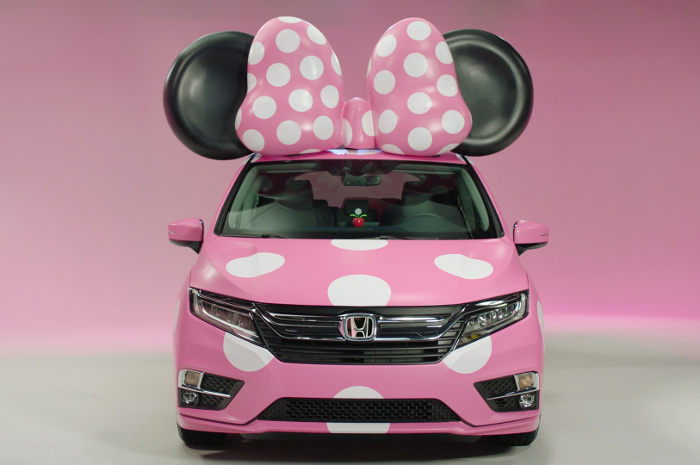 The MPV will be put on display at this year’s Disney D23 Expo in Anaheim, which is said to be the company’s ultimate fan event. The vehicle isn’t meant to serve as just a tourist attraction, rather its to educate the public on the improvements made to the Odessey and the benefits that it is able to offer to families across the country.

Developed in Honda’s R&D facilities in Ohio and Califronia, the Odyssey is the best selling MPV in the US for the past 7 years. And this latest vehicle should help bolster the interest in the brand and the namplate even further.