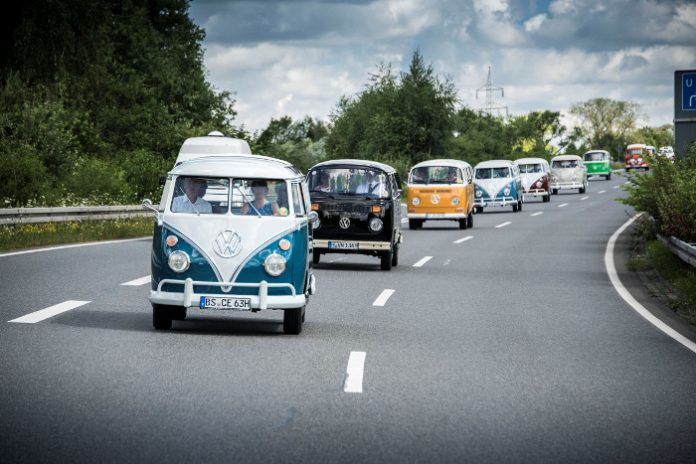 Fans of the VW Bus vehicles joined in on an open-air party on the grounds of Volkswagen Commercial Vehicles’ Hannover plant. A convoy of around 350 vehicles from all six generations of the platform traveled from Wolfsburg to Hannover, where the current T-series is being made.

The event was the final highlight of the four-day VW Bus Summer Festival in Wolfsburg’s Allerpark, of which Volkswagen Commercial Vehicles was the main sponsor. Members of the Board of Management and Works Council, Hannover Mayor Stefan Schostok, Hannover 96 Football Club President Martin Kind and a number of celebrities took part in the parade.

The convoy’s trip is symbolic of the 1956 relocation of T-series production to Hannover, the state capital of Lower Saxony, where the Transporter has been manufactured since. Though the idea of celebrating the relocation of a van plant may seem peculiar to some, many VW Bus fans consider it as important as a major religious holiday. 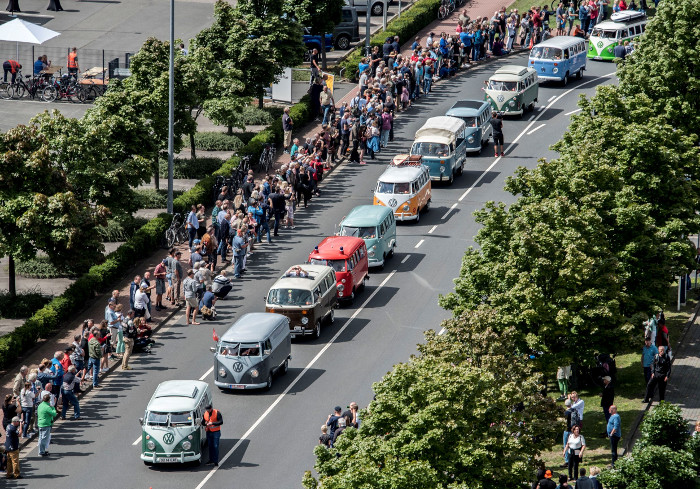 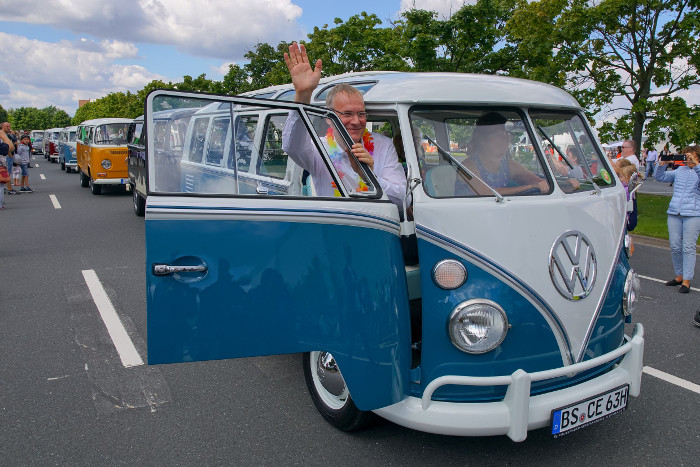 Dr Eckhard Scholz, Chief Executive Officer of the Volkswagen Commercial Vehicles brand, led the convoy from start to finish. He drove his own cumulus white, 1965 T1 with a near 44bhp engine for the journey. He then had a meet and greet sessions with fans at the Stöcken factory in Hannover.

Speaking of the event, Dr. Scholz, said, “It was a fantastic experience to drive to the Hannover production site with so many proud VW Bus owners in order to celebrate the conclusion of the VW Bus Summer Festival here with even more fans. Our VW Buses are more than just a means of getting from A to B.”

He then added, “They are part of a wonderful lifestyle feeling that constantly travels with you – and has done so across every vehicle generation. This easy-going lifestyle feeling could also be felt throughout the entire festival. It was simply lovely.”

During the event, many VW Bus enthusiasts had the opportunity to look at a number of T-series collector’s vehicles and reminisce about the good ‘ol days and their own past experiences. It is said that each Bus is rich in history, and that cannot be replicated or relived with another. It has offered generations, the freedom to travel where and whenever they desired.