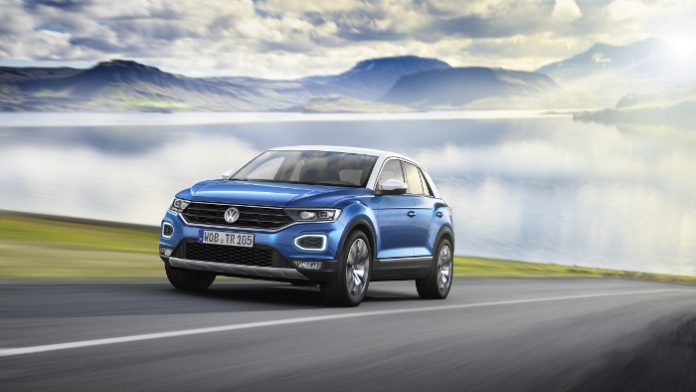 The wait is over, Volkswagen has finally revealed its newest crossover/SUV, the T-Roc. As such, we now know what to expect when it hits showroom floors. Meant to slot below the Tiguan, VW’s latest offering sports looks that are a combination of several different models.

Built on the same modular transverse matrix (MQB) archtecture as the Atlas, the T-Roc is said to offer 445 litres of cargo space when the vehicle is fully occupied. There’s also the option of folding down the rear backrests in a 60/40 split allowing for that space to be increased to 1,290 litres.

It is the first SUV from the company that will feature a two-tone paint scheme, which include the roof being painted in a colour that best contrasts that of the rest of the bodywork. It’s prominent louvered grille stretches from edge to edge and integrates with the projector headlights quite nicely to form a unified look.

Judging from the side and rear, the T-Roc seems to have taken quite a bit of its design inspiration from the Mk7 Golf, which isn’t a bad thing. The proportions, especially when it comes to the rear, are car-like and seem to complement the sporty look even further. The placement of scuff plates for the front and rear allow for better offroad functionality.

Inside, you get the usual meticulously neat array of dials and switch gear that we are used to seeing from VW. But the The interplay between the Active Info Display and the specific infotainment system provide for a digital and interactive cockpit. 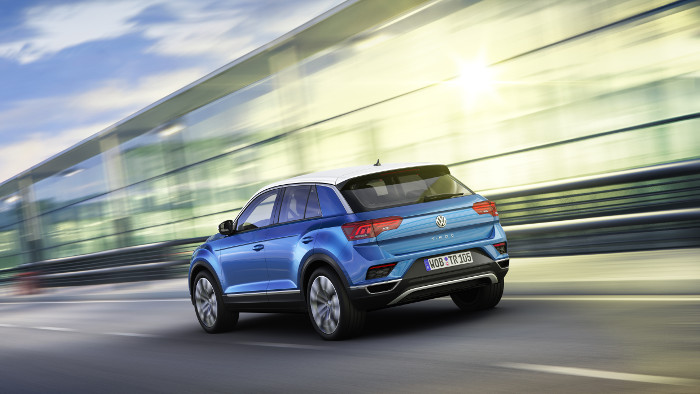 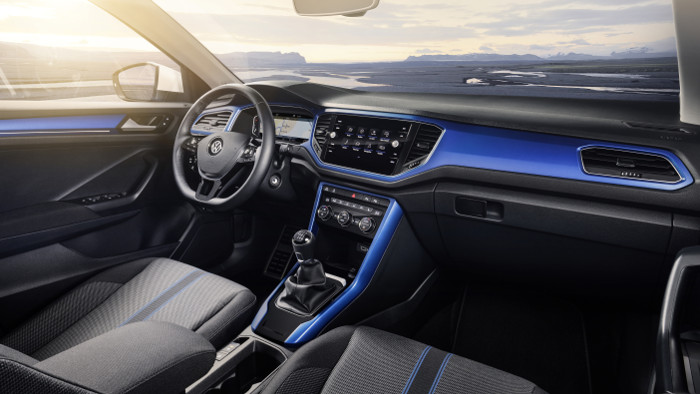 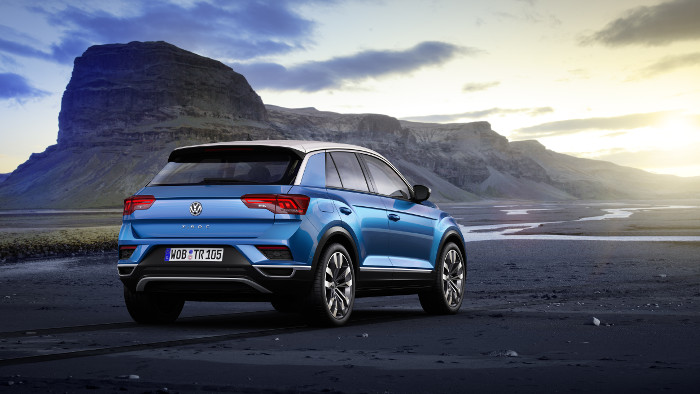 Another noteworthy feature that is being offered with VW’s latest model is the “Security & Service” package (including Emergency Service, Automatic Accident Notification and Roadside Assistance). This may seem like a Godsend especially if you live sketchy parts of town.

Marketed as a five-seat SUV, the T-Roc will be made available with a front-wheel-drive or four-wheel-drive configuration. The latter is called the 4Motion AWD and will feature the 4Motion Active Control as standard.

Complementing these systems will be the choice of three different petrol and diesel turbocharged engines. As for transmissions, buyers can choose between a manual or the 7-speed dual clutch DSG gearbox.

And like most other VWs, the T-Roc will come with a whole load of safety tech which include, Automatic Post-Collision Braking System, the active lane keeping system (Lane Assist) and the Front Assist area monitoring system with Pedestrian Monitoring and City Emergency Braking.

Common to a number of sporty VWs is the adaptive chassis control (DCC) and progressive steering that alter vehicle drive ability based on the selected mode. This feature has become increasingly useful in recent years because owners want their vehicle to be the Jack-of-All-Trades.

The German automaker has yet to announce when production for the T-Roc will commence and has also chosen to keep mum on when we can begin to see these new VWs roll onto showroom floors. All we know at the moment is, that the T-Roc will be on public roads, eventually.