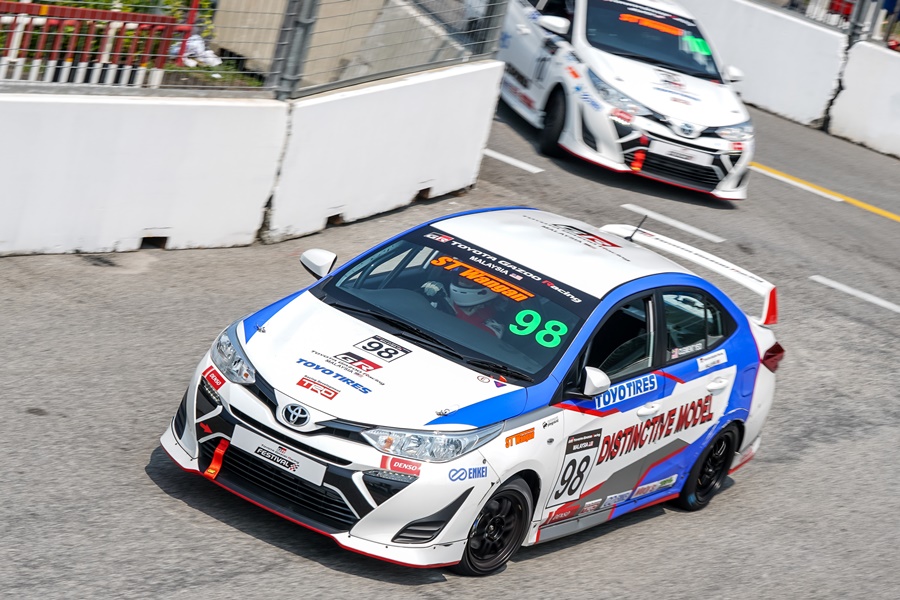 An elaborate list of safety features and some minor performance upgrades makes all the difference in the all-new Toyota Vios racing car which made its debut in all three classes of the Vios Challenge Season 3 yesterday and today. Running to a one-make race format where driving skills take much precedence over any vehicle modifications, the series – part of the Toyota GAZOO Racing (TGR) Festival – was held at the Sultan Mizan Zainal Abidin Stadium in Kuala Terengganu.

How different is the new racing car?
“The biggest change in the car is the limited slip differential. The car now feels much more alive and the suspension is good. But the engine and transmission are pretty much the same,” said Laser Motor Racing’s Mark Darwin, winner of Race 1, Super Sporting Class.

“It is a lot more responsive.  This weekend was the first time I’ve driven the car as I was unable to do the shakedown. From the practice session, I managed to make small changes here and there and I could actually feel the difference. This year is going to be a good year where those drivers who are able to set up their car for the track will have an advantage. The other biggest difference this season is that the top 9 cars are all within a second of the fastest qualifying time. Everyone is super competitive this year!” said 23 Motors’ Tengku Djan, runner-up in Race 1, Super Sporting Class & Season 1 Super Sporting Class Champion. 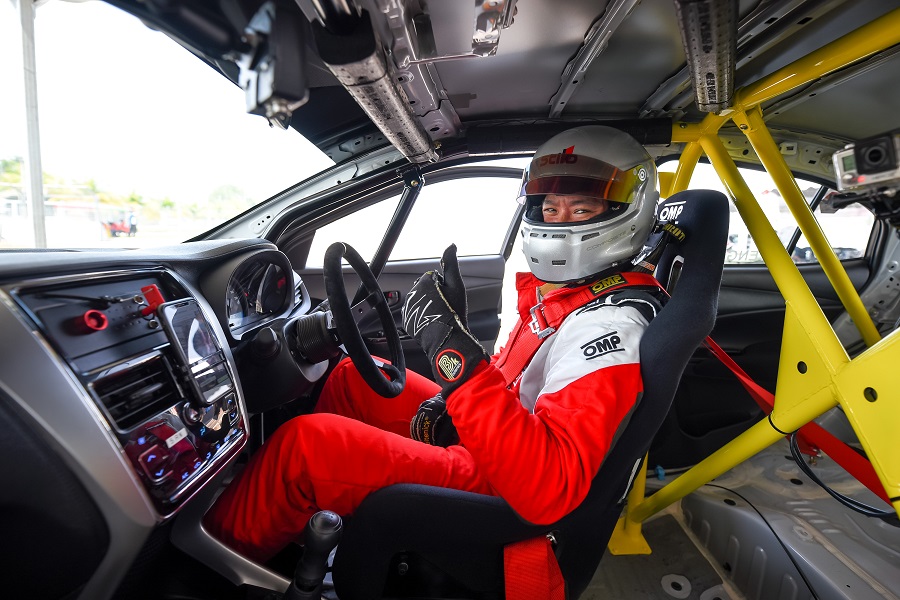 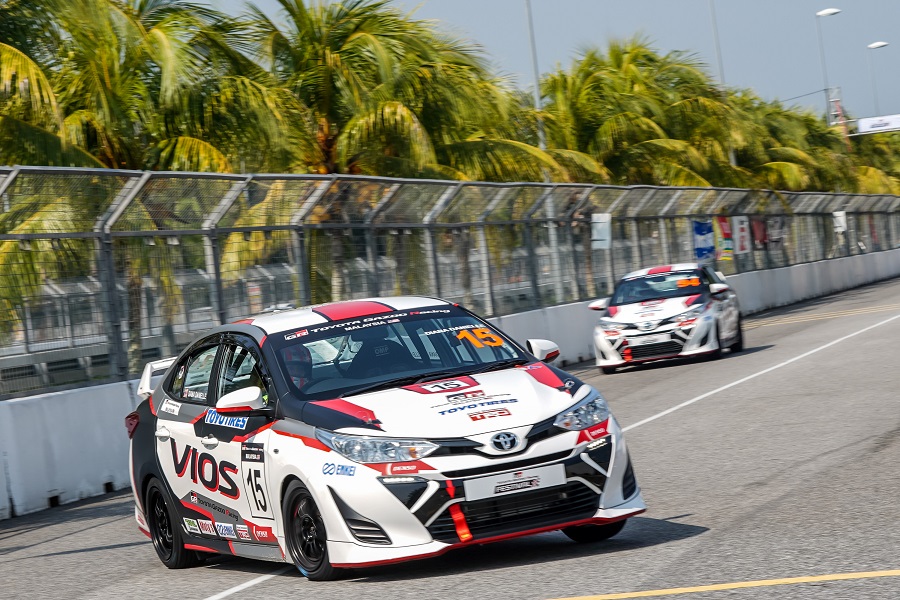 TEDCO Racing’s Brendon Lim, who was 3rd in Race 1, Super Sporting Class & Season 2 Sporting Class Champion (TEDCO Racing) noted that car set-up is vital. “Depending on your driving style, the set-up of the car’s camber, toe and tyre pressure is critical to getting the best performance out of the car over a race weekend. Tyre pressure is the most important,” he explained. Of course, whatever adjustments made have to be within the provisions of the regulations and every car is inspected before and after the race.

Quicker times this year
Kenneth Koh of the Panglima City Racing Team can confirm it is better in terms of handling. “The chassis is stiffer and together with better suspension, almost all the drivers posted quicker times in Kuala Terengganu. I was 1.5 seconds quicker in the first unofficial practice session and during the shakedown at Sepang International Circuit, my time was 3 seconds faster. There are a lot of improvements in the car, the car is very different, and it is a lot easier to handle. We also have a lot more grip from this season’s tyres,” he added. 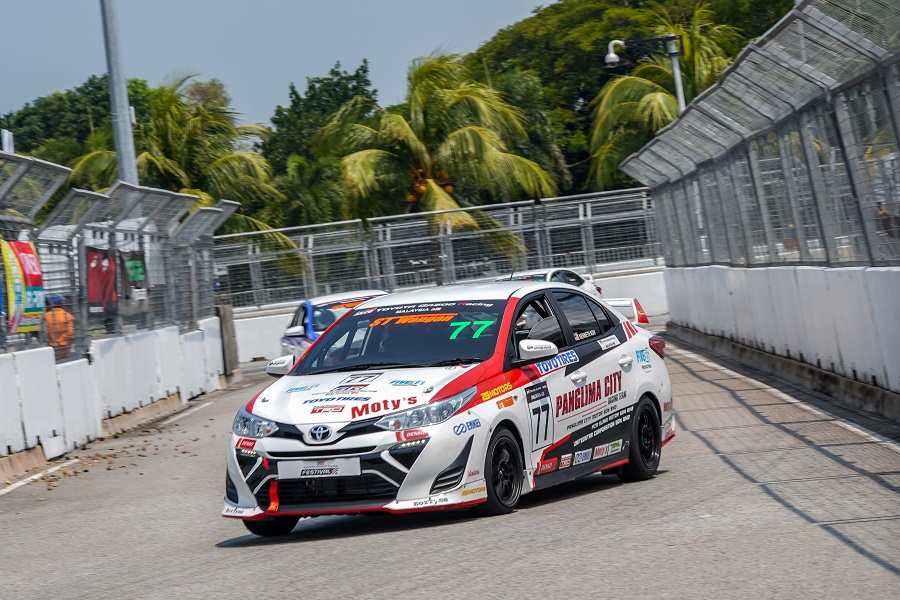 Definitely the biggest strength in the new car is in the more rigid chassis and the suspension which is more firm this season. “We experienced a lot more flex in the older generation car, especially when you hit a kerb on the track but with the new car, it was firm and planted. Our times are also a lot quicker, and I believe this also has something to do with the newer tyres which offer a lot more grip. My qualifying time was half a second faster compared to last season on the same track,” observed William Ho, Super Sporting Class & Season 1 runner-up (Toyotsu Racing). 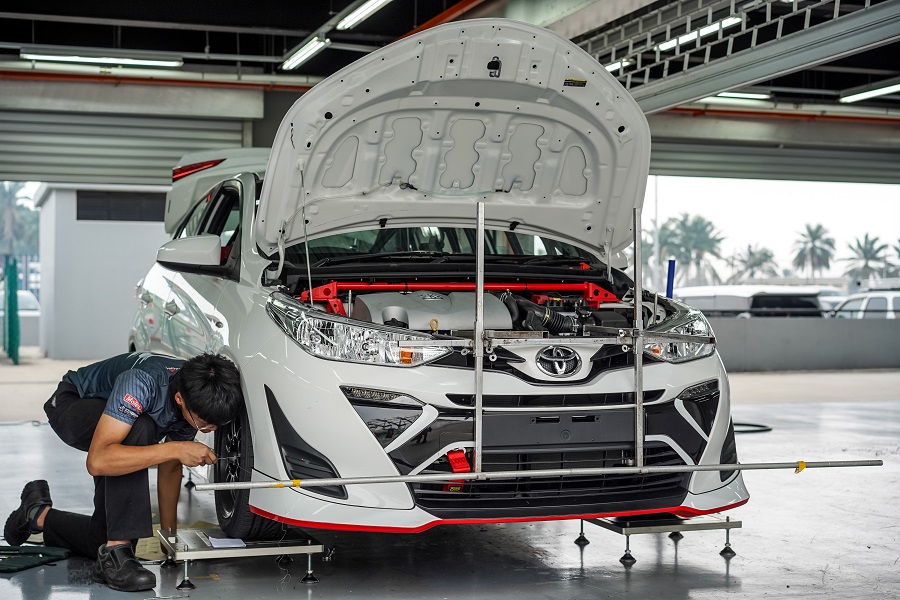 Set-up will be crucial in Season 3
“The new car has definitely improved, in terms of suspension, brakes, and traction. The biggest challenge last season was fighting for more traction and getting the right balance between getting brake bite and grip. This season is going to be about the driver’s ability to set-up the car well,” said Kenny Lee, one of the drivers in the Super Sporting Class supported by Kegani Racing. It’s amazing how the car reacts better with just minor changes. Understanding the characteristics of the suspension and tyres, as well as depending on the driving style of the driver.” 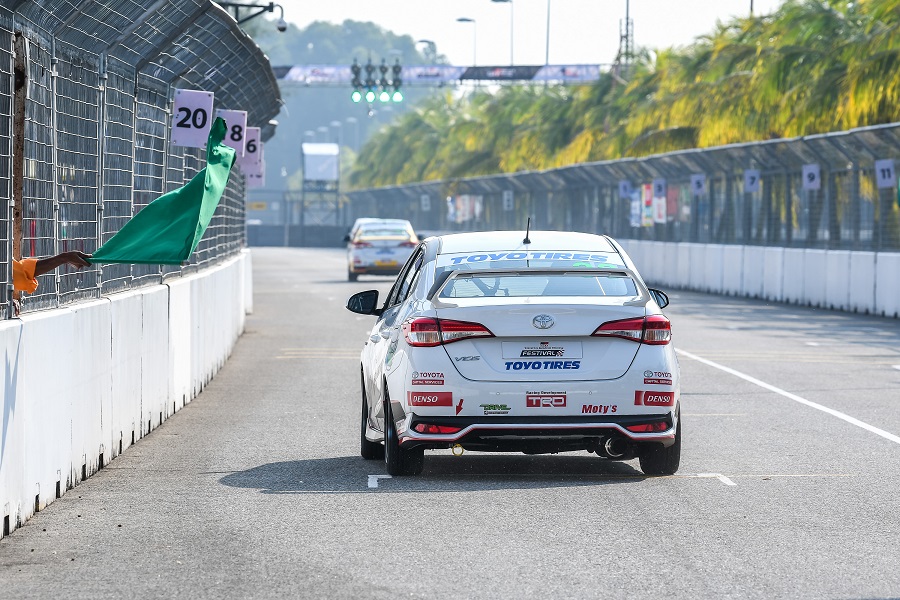 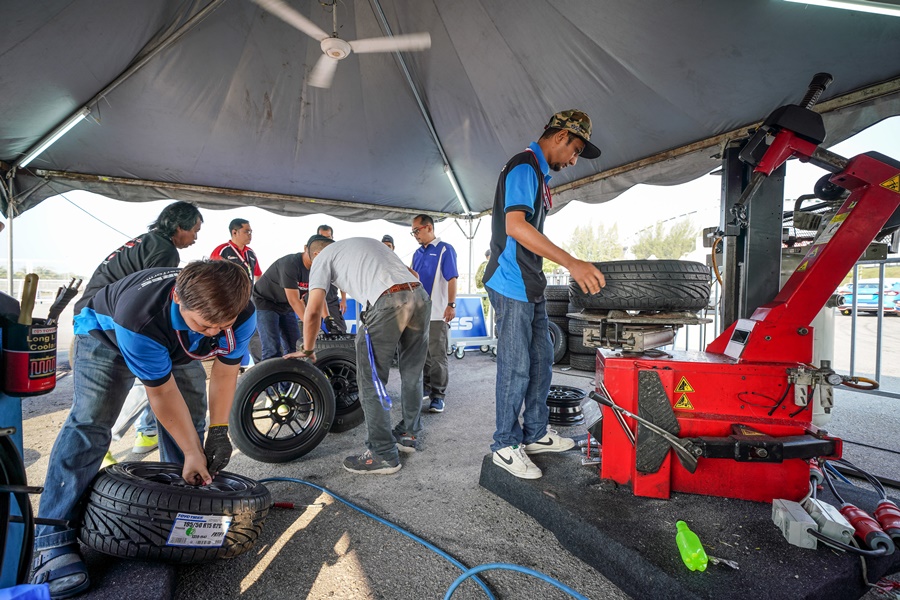 “We definitely have better grip from the tyres this season. There is also more bite from the car’s LSD. Setting-up the car will also be very important this season. Those who are able to set-up the car to minimize the understeer should be able to be a lot faster on the track. Experiencing understeer means you cannot accelerate because that would just send you into the concrete safety barrier. It’s better to have oversteer because the rear will just point the car in the direction you want and you can immediately be on the accelerator,” explained Syafiq Ali, a Super Sporting Class competitor with the M7 Japan Project Team. 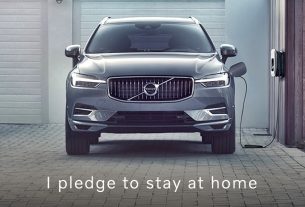 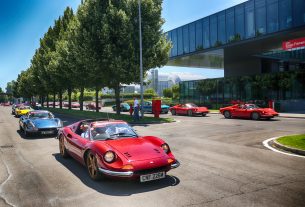 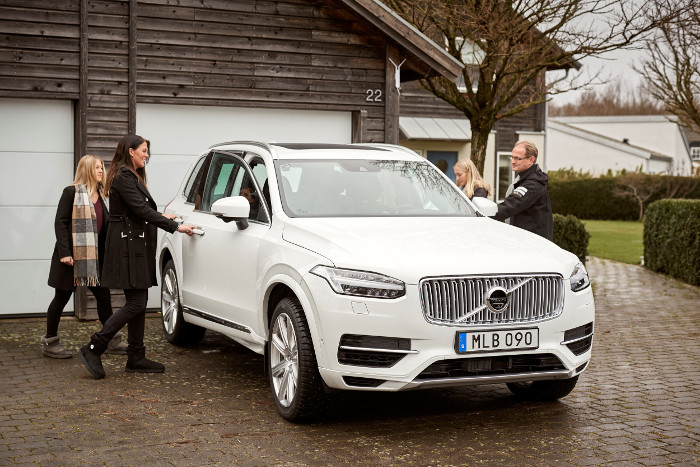 Volvo to work with public to ready autonomous cars