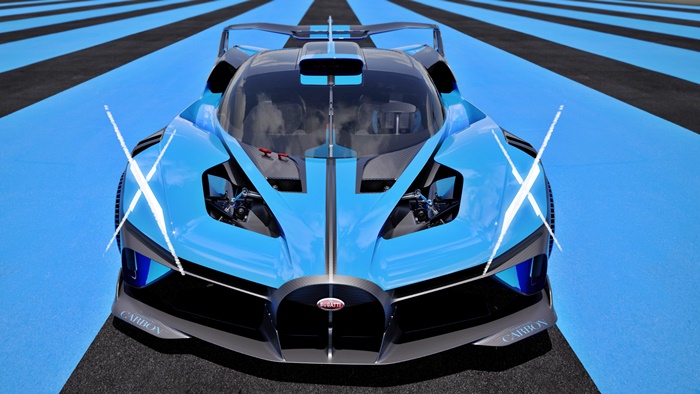 The effects of aerodynamics on the car body and influencing how air flows over it have been studied since the 1920s. As designers came to see how certain shapes and features could reduce drag and improve performance in various ways, the styling also evolved… sometimes to extremes as with the teardrop shapes.

The quest to lower wind resistance has never been greater, especially in this age of hybrids and electric cars where every bit of resistance removed means less of the motor’s power is wasted overcoming it. 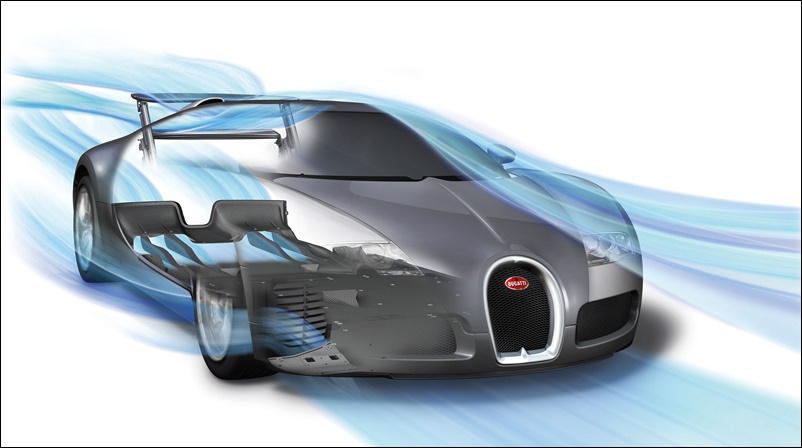 And while you might think that sportcars, with their high-powered engines, don’t really need the assistance of good aerodynamics, this aspect is even more advanced. Even the Bugatti Bolide, a concept hyper sportscar with a 1,850 ps W16 8-litre engine has many aerodynamic innovations that contribute to its ability to reach a top speed claimed to be well over 500 km/h.

Morphable outer skin
Chief among them is the Dimple Airscoop – a new technology for which a patent application was submitted a few weeks ago by Nils Ballerstein, one of the engineers at Bugatti. Since the beginning of 2020, he has been preparing a doctoral thesis project to develop a special morphable outer skin for the company’s New Technologies department – and this has now been used for the first time in the Bugatti Bolide.

The idea for the invention began in 2019, while Ballerstein was doing his master’s degree thesis. The young engineer was undertaking research for Bugatti, looking at new 3D-printed brake calipers made of titanium which cooled water as it flowed through. In order to improve the heat transfer and dissipate heat more selectively, he used a dimple pattern inside the channels. The rounded dents in the boundary layer produce turbulence – similar a golf ball. 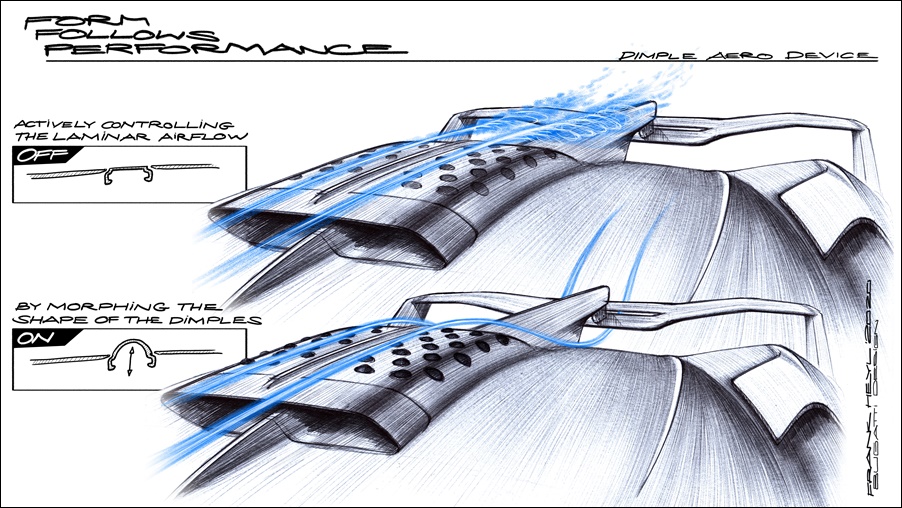 The result was that the fluid mixes better in the channels – and the temperature in the brake caliper drops. “I was positively surprised when I saw the results with the surface patterns. I then wondered whether the same effect couldn’t be achieved with airflow,” recalled Ballerstein.

Same advantages as golf ball design
For non-scientists, the effect of the aerodynamic design is similar that that of golf balls: the dimples on the surface minimise air drag to such an extent that the ball travels about twice as far with the same impact force compared to an identical golf ball without the dimples. 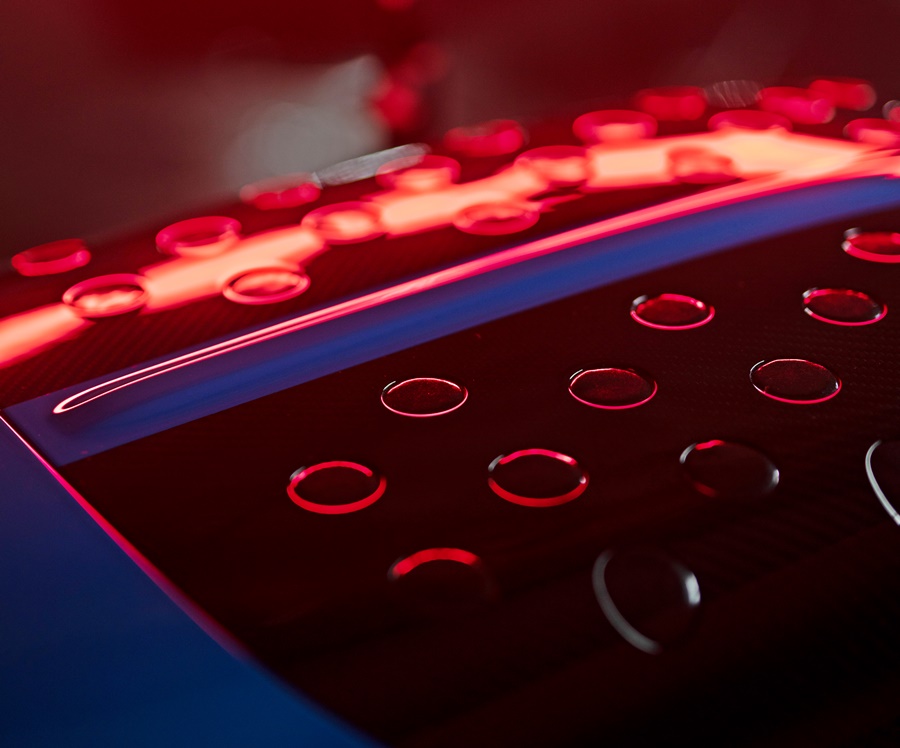 The same principle applies – the dimples create turbulence on the surface of the golf ball so that air adheres better to the surface, thereby reducing the vortex flow in the slipstream of the ball and subsequently also the drag.

Ballerstein simulated test objects with dimple patterns in order to establish a factual basis to underpin his idea. After completing his master’s thesis, he stayed on with Bugatti while also starting his doctorate at the Institute of Aircraft Design and Lightweight Structures at the Technische Universitat (Technical University) Braunschweig in Germany. He sees the Bolide project as a perfect way to advance his idea.

“Everything about the Bolide is exceptional and extreme. The dimples further improve the car’s already excellent aerodynamics, thereby increasing agility and efficiency,” explained Frank Gotzke, Head of New Technologies at Bugatti.

A world first
The morphable outer skin of the intake scoop on the roof is a world first. It ensures active airflow optimisation. When the hypercar is driven at a slow speed, the surface of the scoop remains smooth; at fast speeds, a field of dimples bulges out. The 60 individual elements extend variably by up to 10 mm depending on the speed – if this benefits the driving state.

From about 80 km/h upwards, air is the dominant resistance factor, and from about 120 km/h upwards, the dimples significantly improve the car’s aerodynamics by reducing this resistance. As with the golf ball, the pattern causes a more turbulent boundary layer, which means that the air flowing around it adheres to the surface for longer and does not detach until later. As a result, the detachment and recirculation areas are reduced and the car’s cd value decreases.

In order to respond swiftly to changes in speed, the dimples extend and retract very quickly, within tenths of a second, in the same way as the active rear wing on the Veyron and the Chiron, for example.

10% less drag
The overall result is that the dimples reduce the aerodynamic drag of the scoop by 10% and also decrease lift by 17%. Airflow to the rear wing is also optimised; at 320 km/h, the downforce on the rear wing is 1,800 kgs while on the front wing, it is 800 kgs.

Another benefit is that the lower aerodynamic drag also reduces the car’s fuel or energy consumption. “This is why the new technology is so crucial – not just for Bugatti. Optimised airflow can save energy on all vehicles,” explained  Ballerstein. “We’re still in the development phase, but tests so far show that dimples improve aerodynamics, thereby reducing drag and increasing efficiency.”