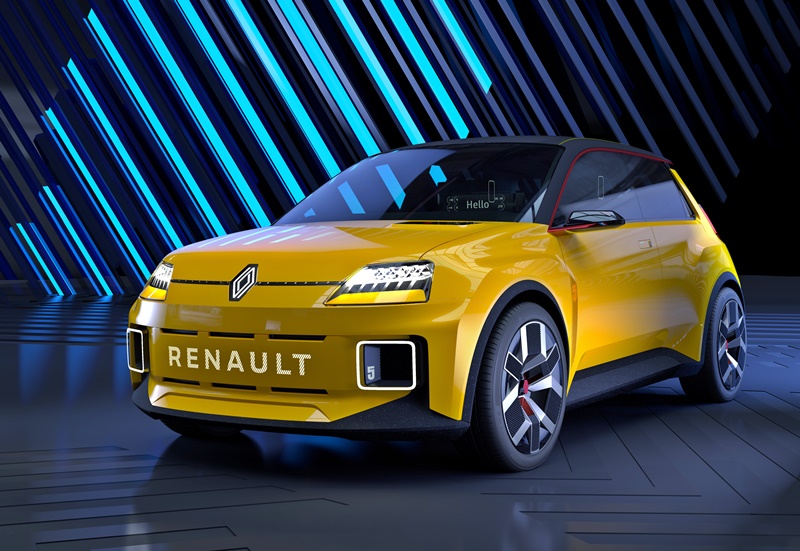 Retro models have a certain appeal to the young and of course to the old, who remember the originals. Perhaps they bring back memories of happier times or of what is perceived to be more adventurous periods in automobile history.

Car designers often look to previous models for inspiration and sometimes use certain elements in a new model. Sometimes they may even recreate or, in the more popular term used today – reimagine – a model in the 21st century. 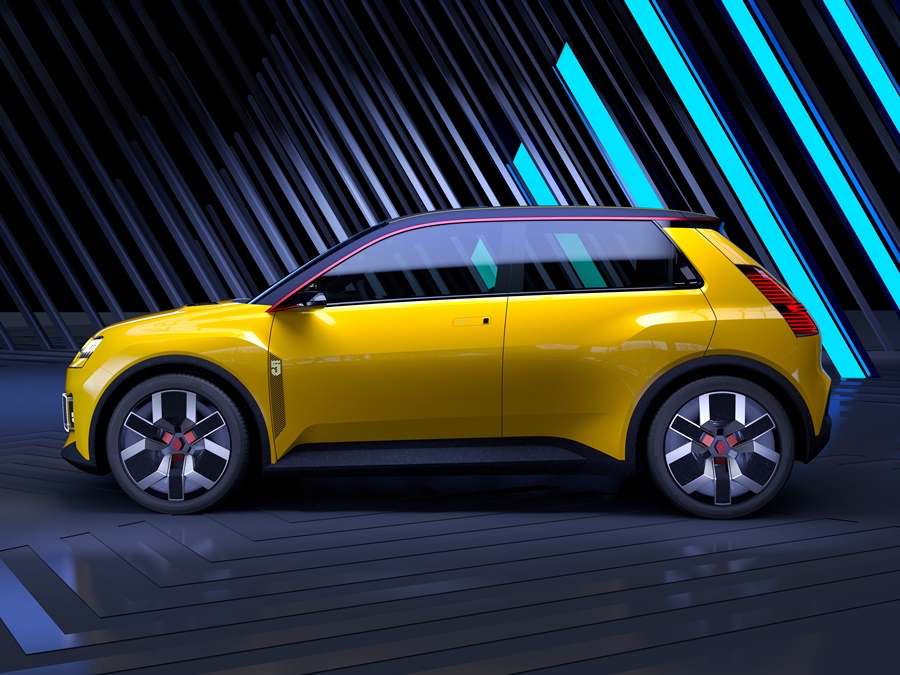 Reimagining a cult model
Understanding that the soul of a brand is in its roots, Renault’s designers have chosen to reconnect with the past and draw inspiration to find the spirit of the glorious times. They have created the Renault 5 Prototype, a model that immediately brings to mind the cult model from Renault’s past, the R5.

The role of the Renault 5 Prototype is to show that Renault will democratize the electric car in Europe with a modern approach to the popular and essential car. Like its predecessor, it is a compact and cute city car but with a modern, 100% electric twist.

The modern approach is evident in the chosen finishes and materials, which are inspired by the worlds of electronics, furniture and sports. It has also kept the fun, anti-crisis and mischievous side  with the pop of yellow highlights. 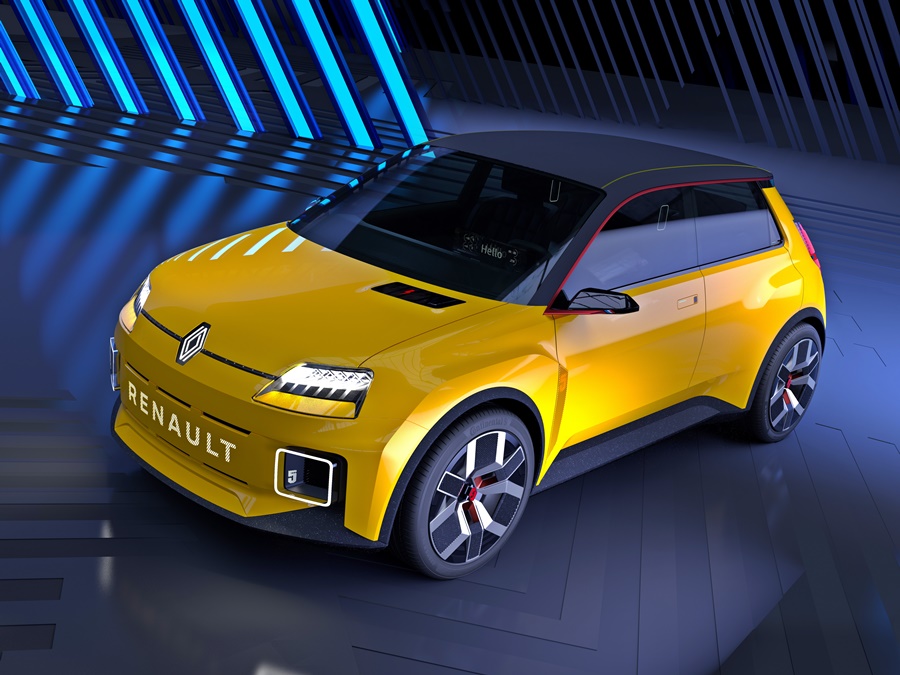 The styling elements taken from the original design in a modern way hide very modern functions. For example, the bonnet air intake hides the charging hatch; the rear lights include aero flaps, and the foglamps in the bumper are daytime running lights. There is even a hint of the original ‘5’ on the side grid, the wheels and the rear logo. 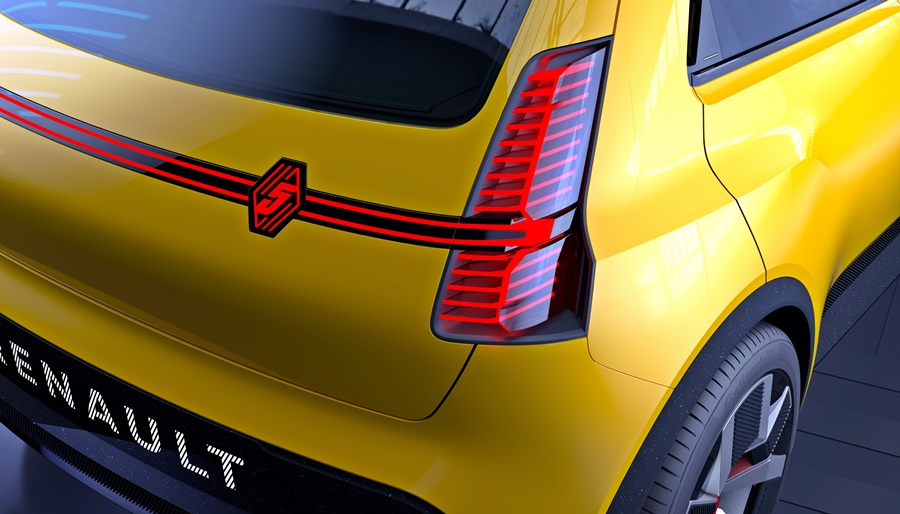 French in many ways
The front end and the textile roof drawn from the world of furniture are full of ‘French charm’, a hint of mischief, character that pulls on the heartstrings. The front and rear logos light up, bringing the car ‘to life’. The French flag in the rearview mirrors to underline the “invented in France” side of the electric vehicle, while the headrest lights and the name displayed on the small transparent screen on the dashboard, invite you to hop in for a ride.

The fenders extend a bit and those who remember the potent R5 Turbo of the 1980s. It had a more aggressive widebody appearance and the engine was actually in the middle. It won four times in the WRC and is a collectors item today. 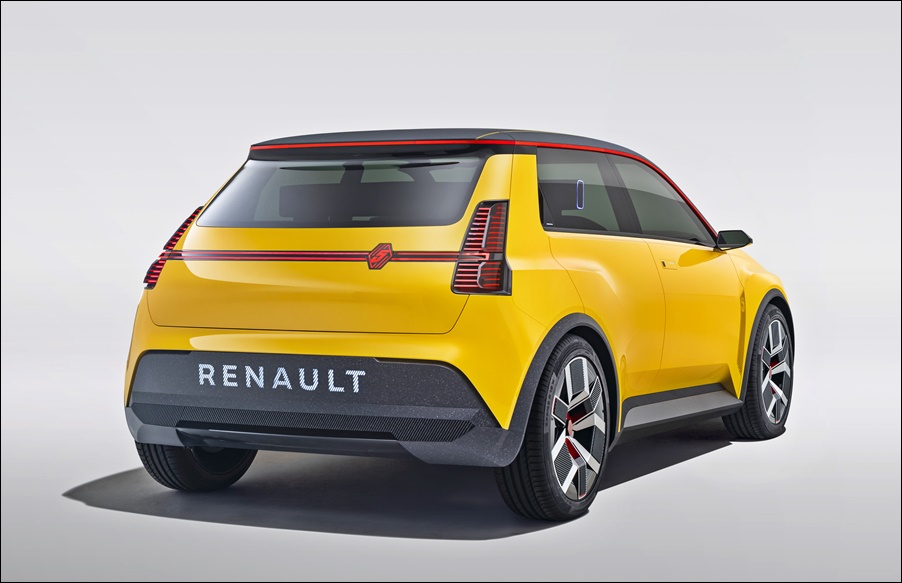 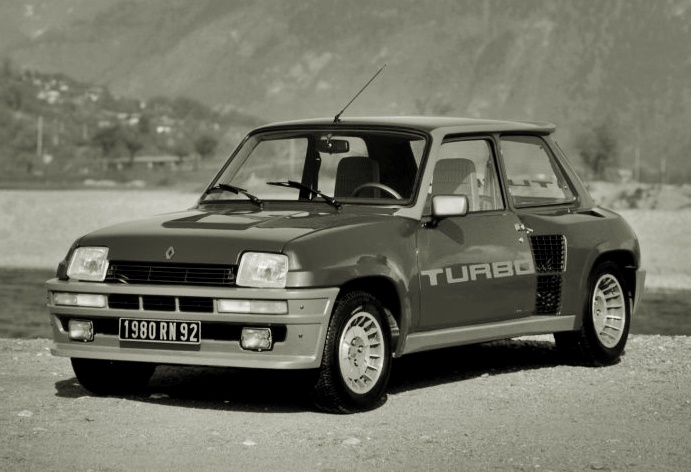