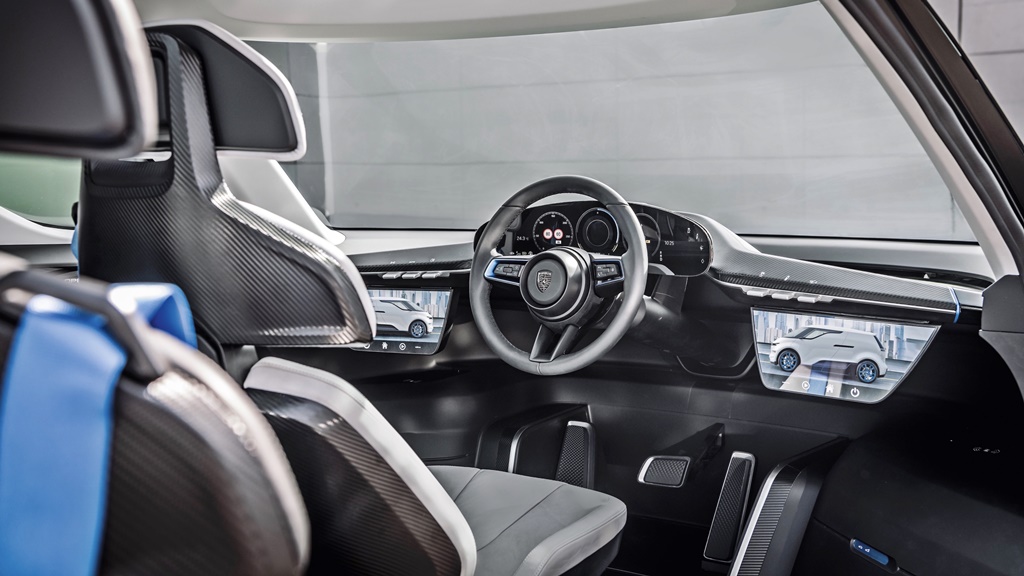 Regardless of whether we continue to be in control driving cars or a computer does the driving, the interior of a car will remain an important aspect of car design. In fact, as autonomous motoring grows, the driver may spend less time at the steering wheel and more time with the other occupants. In this case, the cabin layout may have to change to be more suitable.

The Renndienst study
At Porsche’s Weissach Development Centre in Germany, designing interiors is just as important as exteriors and for interiors, the User Experience (UX) is a vital part of the brand experience. In the book Porsche Unseen, the sportscar manufacturer recently published fifteen previously secret design studies. Among them is the Renndienst study. The 6-person van concept is reminiscent of the Volkswagen racing service van that once served the factory racing team as a service vehicle. On the outside, it’s futuristic and edgeless but on the inside, it’s a modular travel cabin. 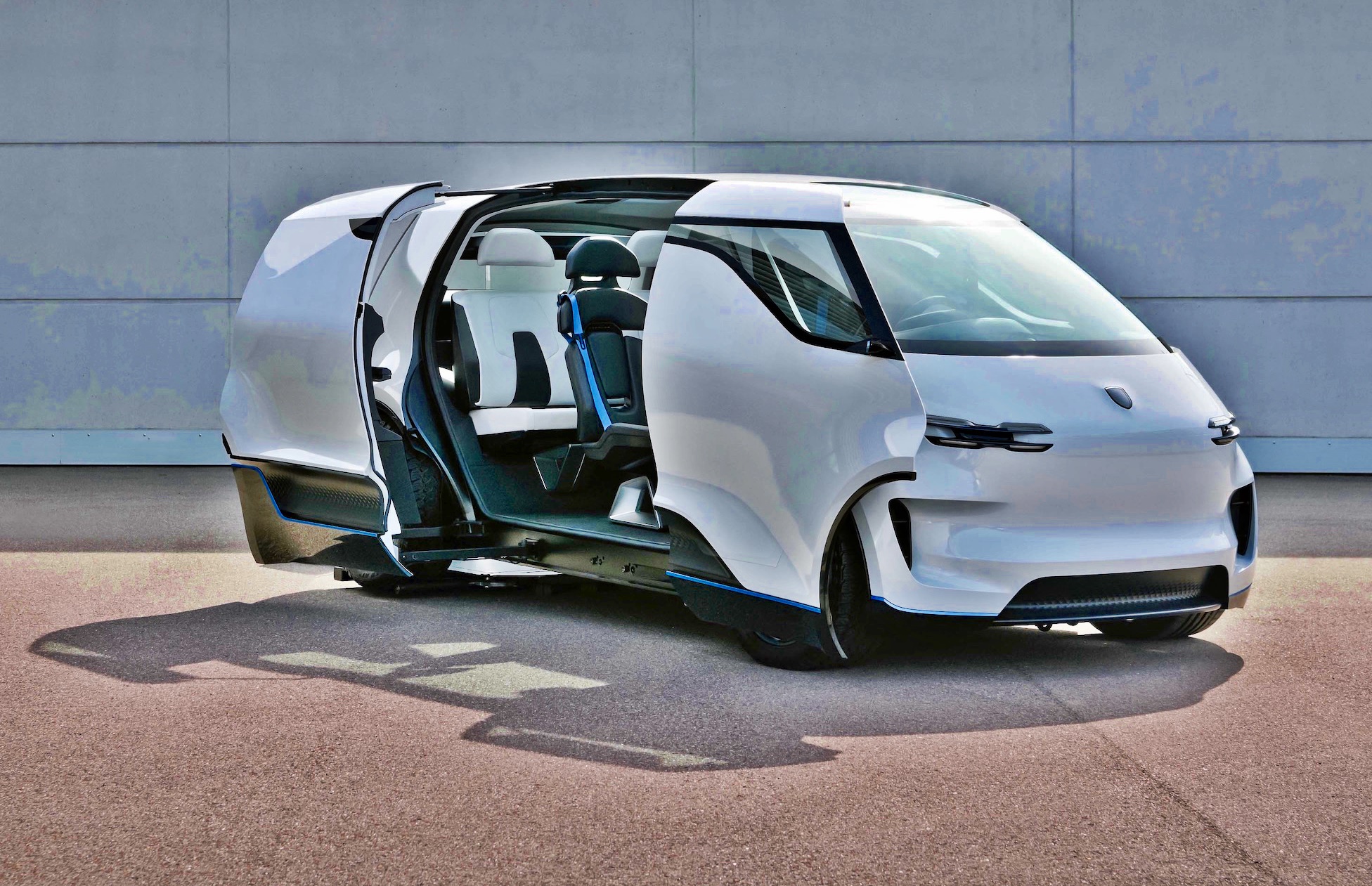 For the Renndienst study, the designers at Style Porsche journeyed far into the future of mobility. They considered design visions for the day after tomorrow in order to derive steps for tomorrow. They asked themselves how far they can expand Porsche’s design language and to which products it could be applied.

“We thought about how we could still give a distinctly Porsche flair to a passenger compartment that is so far removed from the classic sports-car interior. And how autonomous driving could be designed, but we don’t assume that our customers want to give up using a steering wheel,” chief designer Michael Mauer explained. “In order to be able to think freely about the future, boundaries must be crossed when carrying out these ‘finger exercises’. This is how the central driver position of the Renndienst came about.”

“When I want to drive, I have more cockpit feeling than in any other car. And when I don’t, the driver’s seat can be rotated 180 degrees—with one swivel, it turns to face the other passengers. We worked on materializing these basic ideas for about a year,” he elaborated further on the study.

Looking at next overall innovation
The overall UX, when it comes to interior design, is dedicated to the digital lifestyle and the relationship between driver, passengers, and vehicle. “In the Taycan, we have shown how much we think ahead,” said Ivo van Hulten, Director of UX Design. “So we were looking at a possible next overall innovation. For this, we thought and worked from the inside out.” 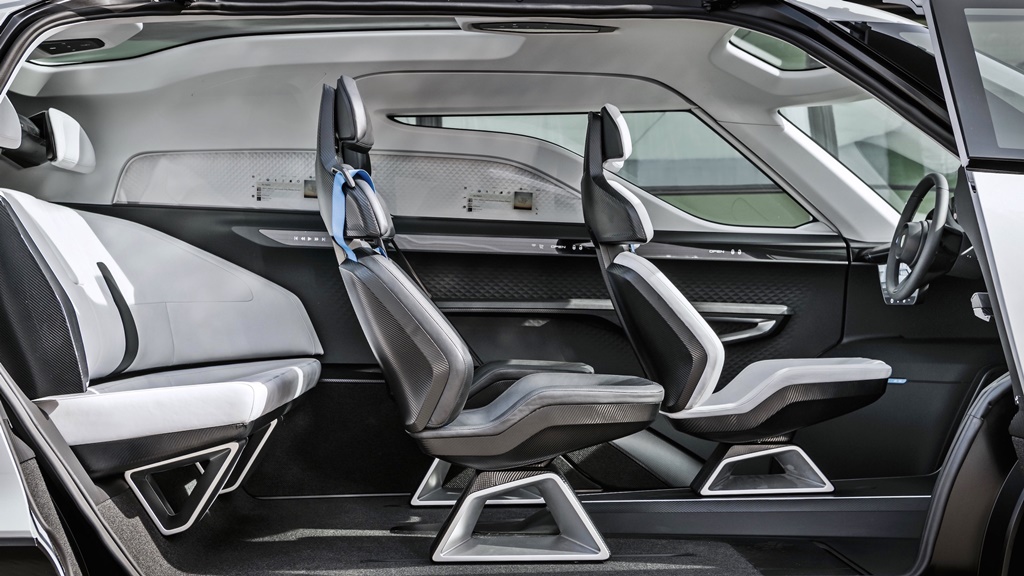 The side windows are designed asymmetrically. “One side is closed; passengers can retreat there,” explained Markus Auerbach, Head of Interior Design. “The other side enjoys a large window bank for an unobstructed view outside. When we close the doors, the interior feels like a protective capsule.”

A feeling of security and comfort dominates the modular interior. The passengers in the first row sit offset to the right and left in ergonomically shaped bucket seats. They can enjoy an unobstructed view of the road ahead and of their own dashboard screens. The rear seat headrests are installed in a floating position, which allows a clear view through the rear window. The luxury of adaptable space is made possible by the powertrain which is fully electric and hidden in the underbody.

UX as a success factor
The customers of the future will be the smartphone generation. “In the past, the hunger for something new was satisfied with the purchase of the product. Today, many young people are no longer just fascinated by the aesthetics of a product, but by the opportunities it offers them,” said van Hulten. 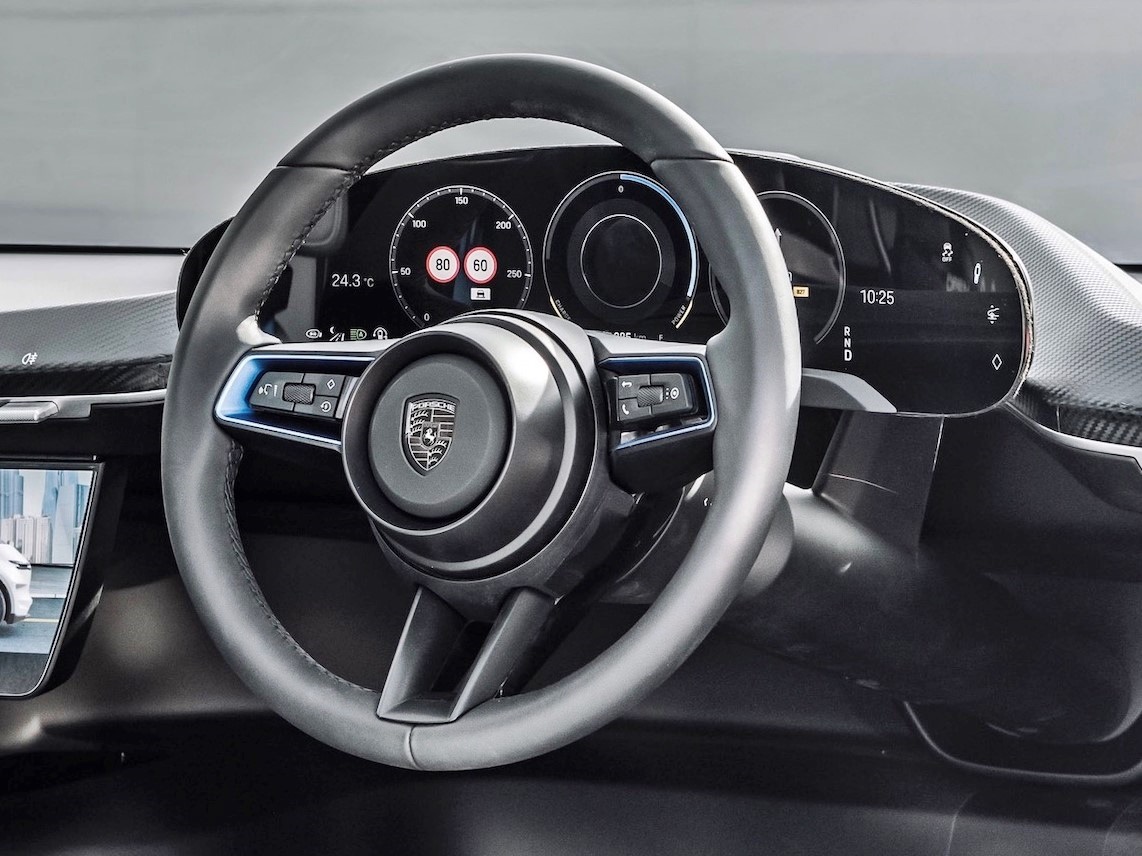 The aesthetics of the interior therefore depend on many more factors than just shapes and materials. “The questions are: Is the interior modular enough to adapt to changing circumstances even a few years after purchase? Will I be able to run updates remotely and around the clock?” Van Hulten is confident of finding answers in the form of a new aesthetic.

“A digital journey can open a gateway to a universe for us, but it can never replace the physical experience. A car is a space that moves whether I’m driving it myself or not. The seats in this van have been designed for movement; they hold and support the body,” added Auerbach.

“The bench seat allows a different sitting angle due to its curved sides—we can turn towards each other. It is a particularly communicative area that invites relaxation, offering alternative seating positions for talking, working, and relaxing,” he explained.

The visions on which the specialist departments work together are complex because they design spaces where people sit. “Cars with an unsatisfactory interior do not survive for long – because no emotional connection can be built with them,” Auerbach noted. 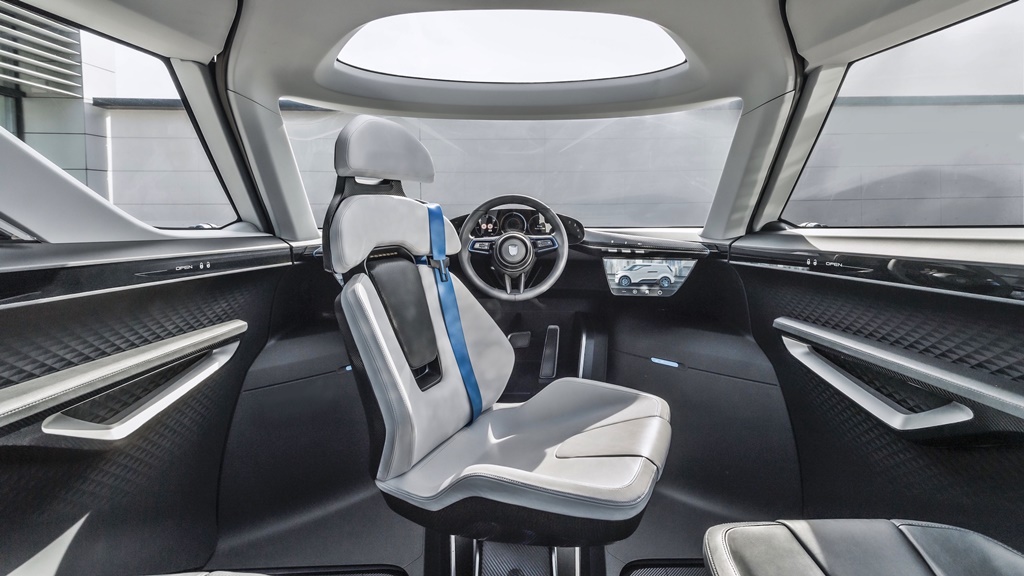 Inspired by ‘Knight Rider’
In the next step, van Hulten wants the Renndienst to gain a soul. He remembers the American TV series Knight Rider, which he enjoyed watching as a child. “K.I.T.T., the talking car, fascinated me. The strong team of the protagonist and his vehicle really captured my imagination. I connected with the car because it had a soul,” he said.

Referring to the study, he asks the question: “What kind of daily interactions do we plan – in 30 years, will we call our car and then it will come around and pick us up?” From this grand vision of the day after tomorrow, the design team is now moving backwards in time to get the specific answer for tomorrow. 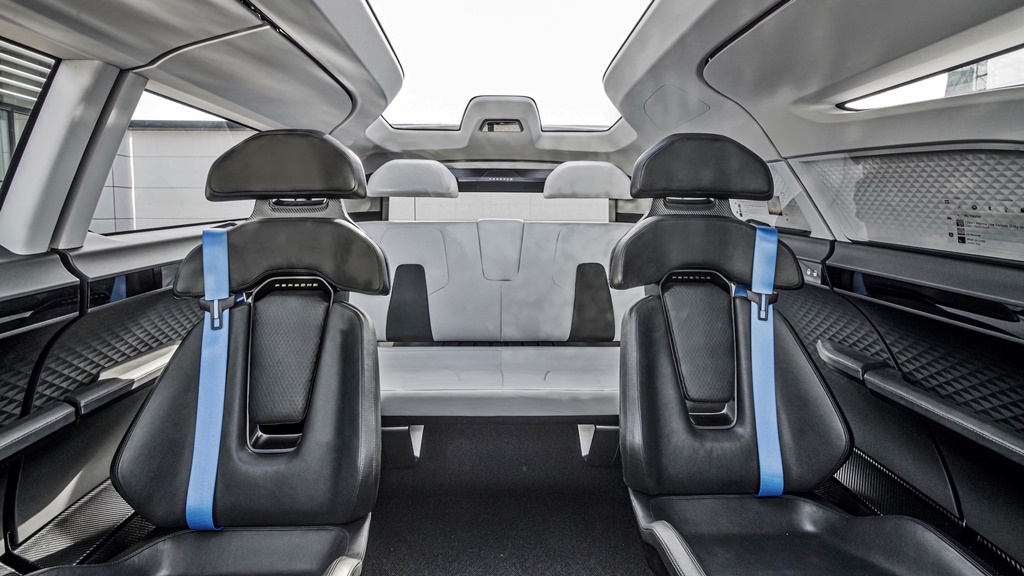 The materials of the future under consideration include renewable resources such as wood, reinterpreted and combined with metals or sustainable plastics. Wood was once banished from vehicles but could soon make a comeback. Auerbach also relies on what are known as ‘smart materials’ which can do something special—for example, such materials can respond to external factors and light up without being directly illuminated. Or materials that repeatedly change their shapes to perfectly fit the ergonomics of the occupants.

The designers constantly keep their minds fresh with the ‘first principle thinking’ method. In doing so, they move away from familiar analogies and break hypotheses down into their smallest components. They focus not on familiar forms but on functions that might be of interest in the future. They ask themselves what a Porsche could be—and what it could not be. This process provides answers to questions that no one has asked before.

Prototypes and studies Porsche has never before shown to the public 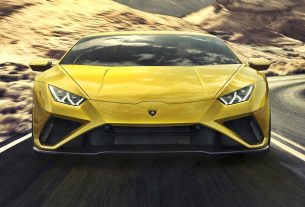 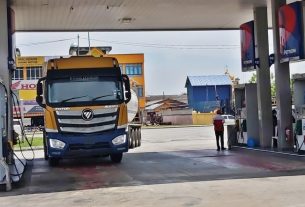 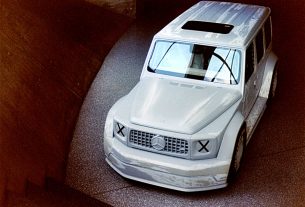 Mercedes-Benz Project Gelandewagen – the SUV as never seen before