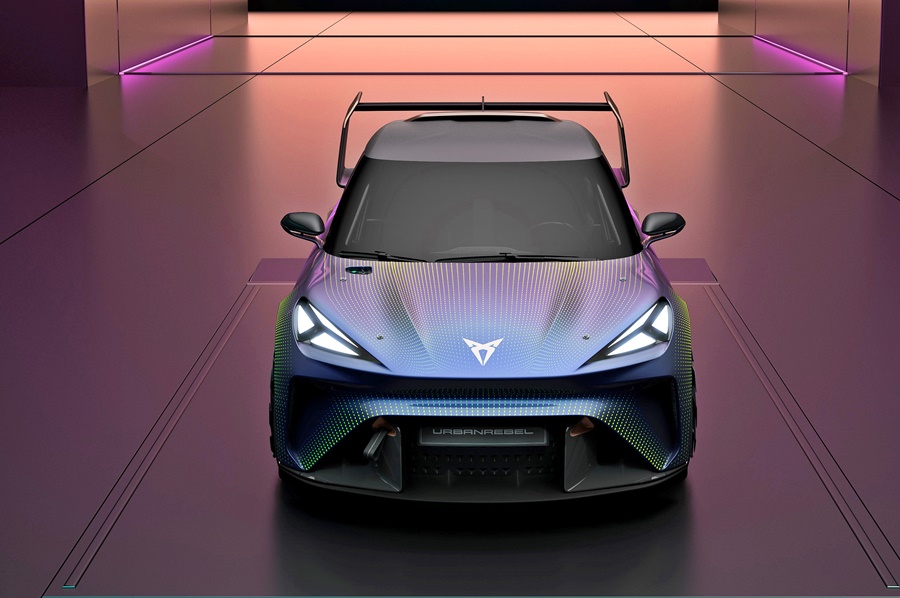 CUPRA, the high-performance subsidiary of Spanish carmaker SEAT, has revealed the design language that will be used for its urban electric vehicle (EV). Instead of just sketches, the company has built a full-sized prototype which it calls the CUPRA UrbanRebel Concept that will be displayed at the IAA Munich International Motor Show this month.

The CUPRA UrbanRebel Concept is designed as a racing car to push the limits in a radical interpretation of an urban electric car. Having a racing car as the basis for the design is because Racing is at the core of CUPRA’s DNA. 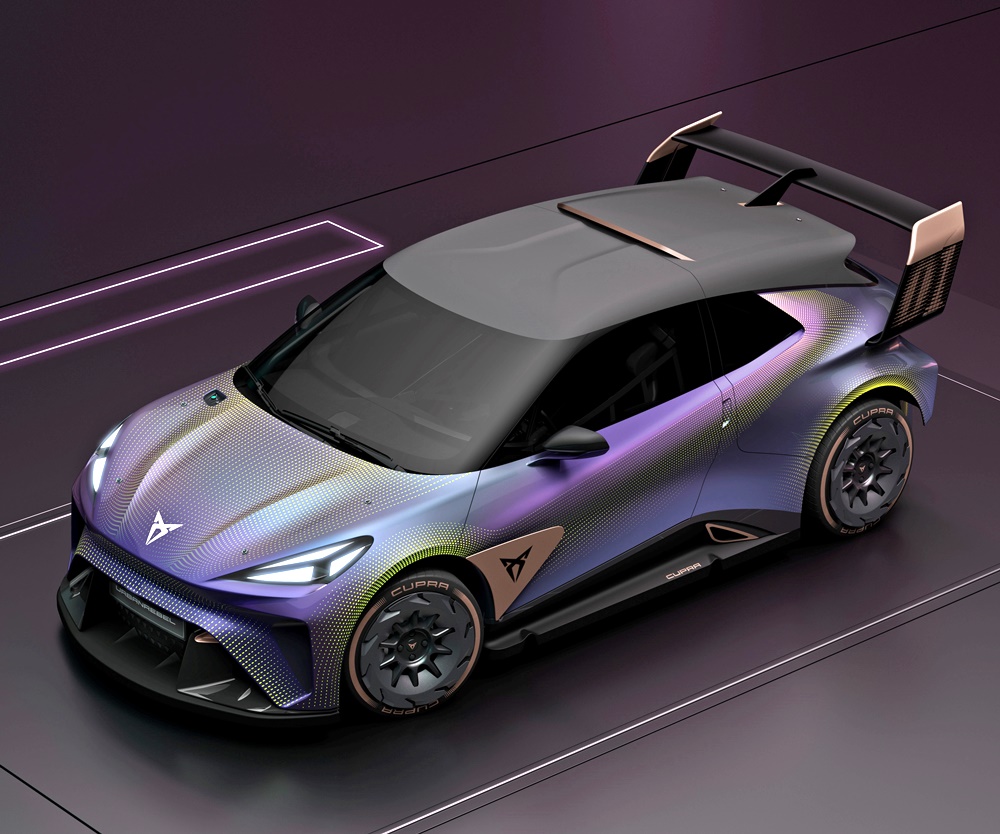 This racing version will influence the road version of the urban electric car, but the core elements are enhanced to give the vehicle an even more rebellious character. At the front, the shark nose was created using a negative surface. The front face is also emphasized by the new triangular signature in the headlamps.

Its wraparound window graphic generates the visual effect of a helmet – as in the CUPRA Tavascan Concept – and gives continuity between the windows around the whole car to deliver the effect of a floating roof. 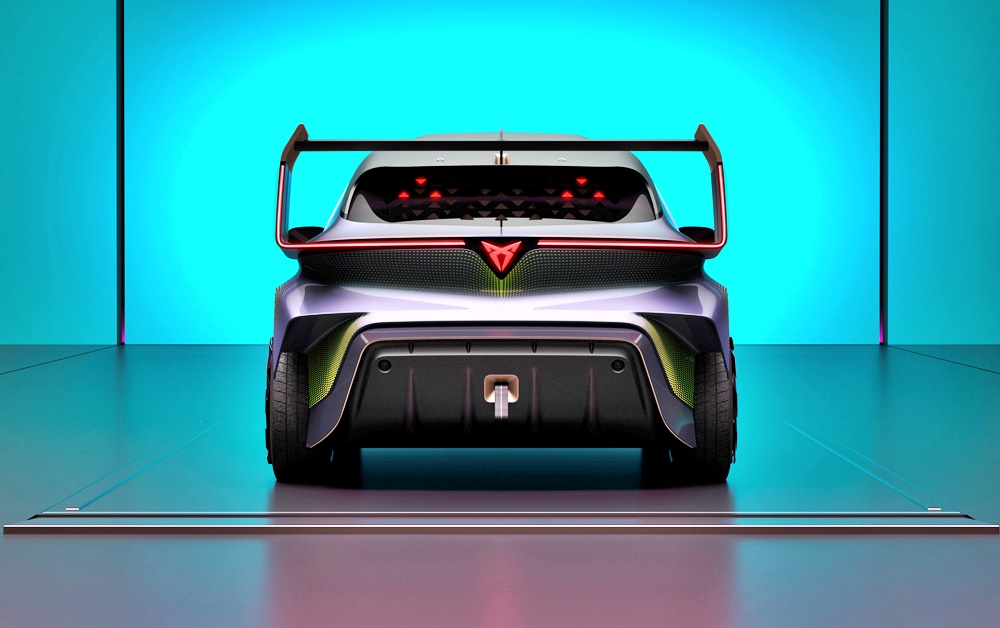 Moving to the side, the car shows athletic proportions, thanks to the wedge line – from the C-pillar to the front door – with diagonal sculptural surfaces., that create tensional contrast. The rear view of shows athletic shoulders, in a new interpretation of the design seen in the CUPRA Formentor.

Influence from virtual world
The rear features an iconic design, thanks to horizontal proportions. On top of that, the large spoiler – usually seen on racing cars seen in the virtual world – gives it an imposing sharp look underlined by the negative surface beneath it.

“The CUPRA UrbanRebel Concept injects a gamification look to the racing car, projecting a radical interpretation of the company’s urban electric car,” said Jorge Diez, CUPRA Design Director. “Each contoured line and sculpted surface in the design is brought to life by a livery that uses kinetic particles to add movement to the surface as light shifts across it.” 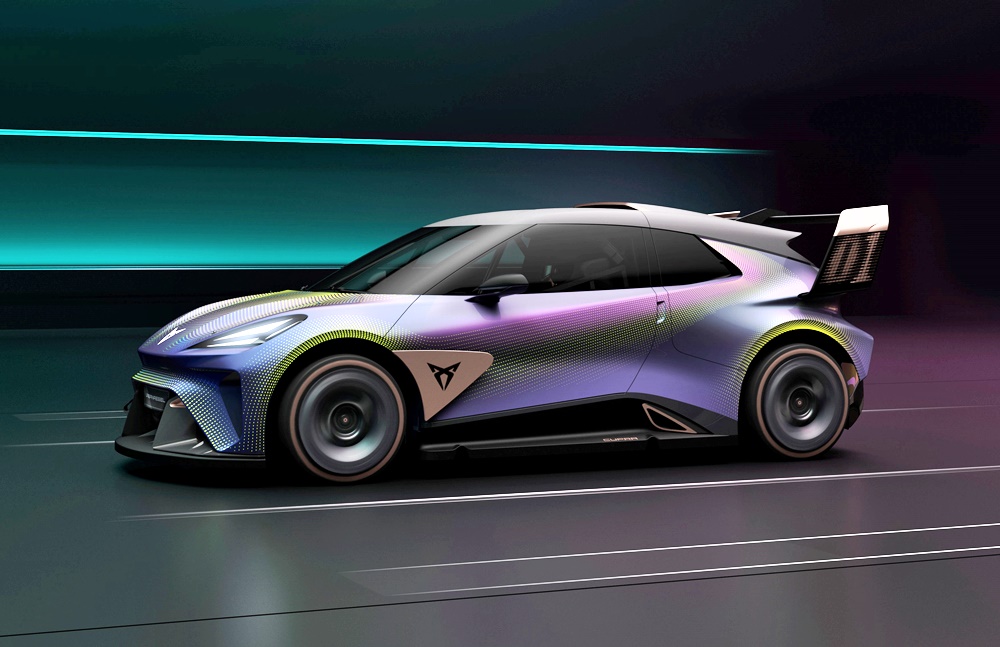 Volkwagen MEB platform for EVs
The car’s overall length is 4080 mm, with a width of 1795 mm and height of 1444 mm, which makes is slightly larger than a Volkswagen Polo but smaller than a Golf. It sits on the Volkswagen Group’s MEB (modular electric drive matrix) platform engineered for EVs. The output for the concept car is said to be 250 kW of continuous power and up to 320 kW at its peak. The factory claim for the 0 to 100 km/h sprint is 3.2 seconds. 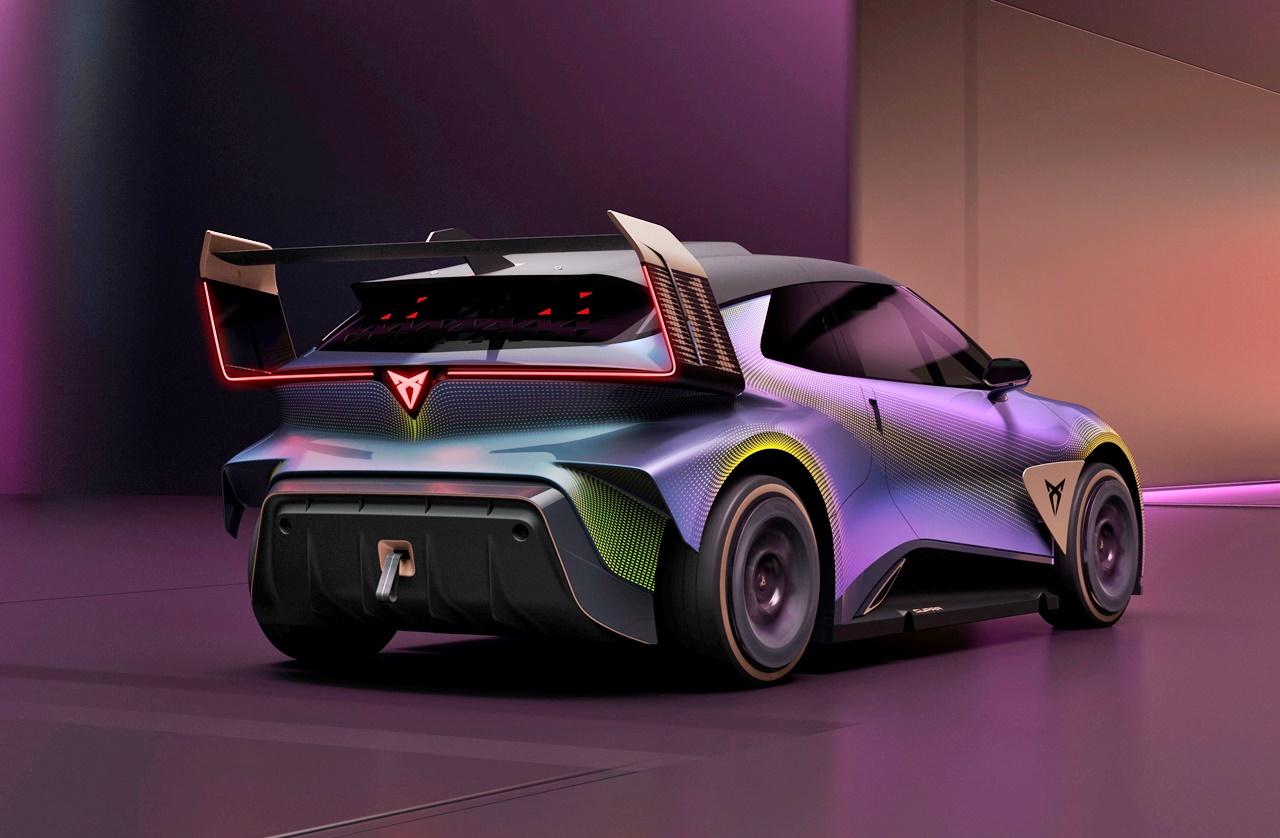 SEAT to use CUPRA high-performance brand for first electric car 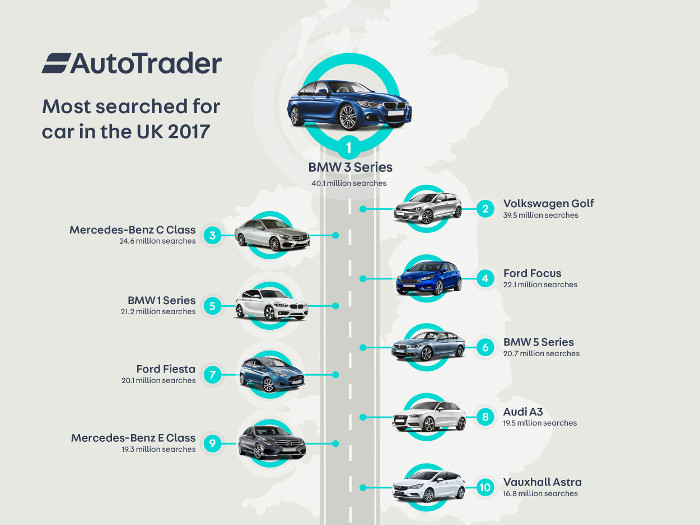 Top 10 list of most searched cars by Auto Trader 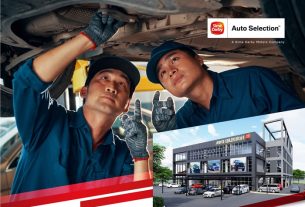 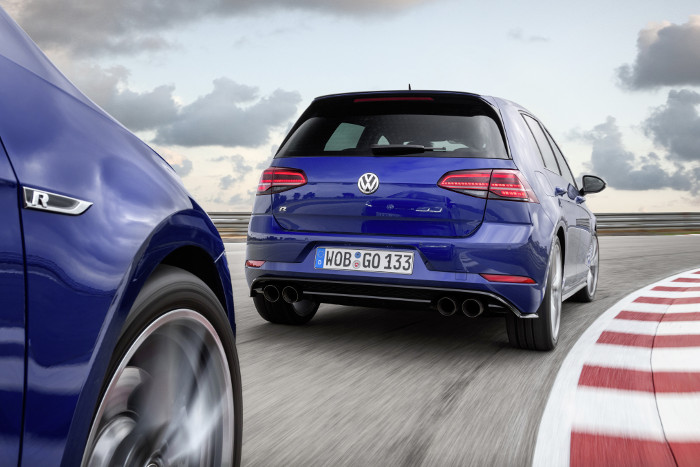