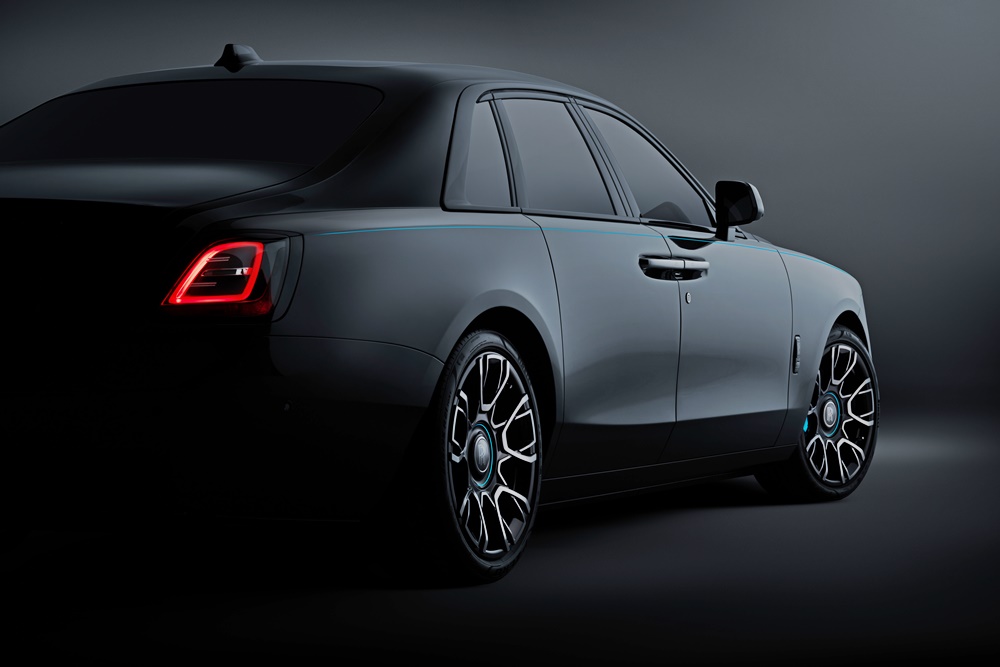 Today, ‘disruptor’ has become the popular label for those who refuse to adhere to established conventions. This attribute has made fortunes, slain great institutions and even challenged the very notion of currency. Had the term existed in the early 20th century, Rolls and Royce would have been among the era’s arch-disruptors. Through their pursuit of perfection, they proved that a car could credibly replace the horse and carriage.

In the new era following the relaunch of the Rolls-Royce brand in 2003, a new generation of customers desired a less formal expression of brand. These clients in this new era were from new industries and geographies. Their success was defined on their own terms and Bespoke allowed them to have cars that countered the expected codes of luxury. Bespoke would come to even subvert Rolls-Royce – respectfully, of course. This was confirmed following a chance meeting between Rolls-Royce Motor Cars CEO, Torsten Muller-Otvos and a customer who had asked an outside tuning house to give his Wraith a finish of black chrome with darkened wheels. 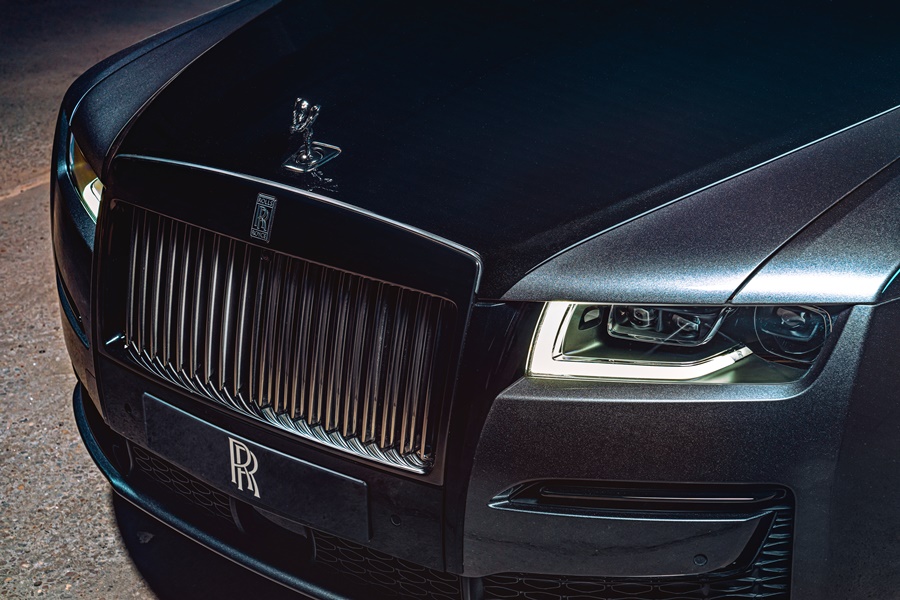 A permanent Bespoke series
‘Darker’ Rolls-Royces were in fashion but those who desired them did not believe Rolls-Royce would agree to their wishes. However, they were misinformed because the brand’s contemporary success is defined by a willingness to listen, participate and define changing cultures and norms. And so Black Badge was born as the marque’s first permanent Bespoke series.

Last year, 27% of new Rolls-Royce cars delivered worldwide were Black Badge editions, the number having grown since the first such edition was introduced for the Wraith and Ghost in 2016. Today, the carmaker introduces the purest and most technologically advanced Black Badge model yet – the  new Black Badge Ghost. 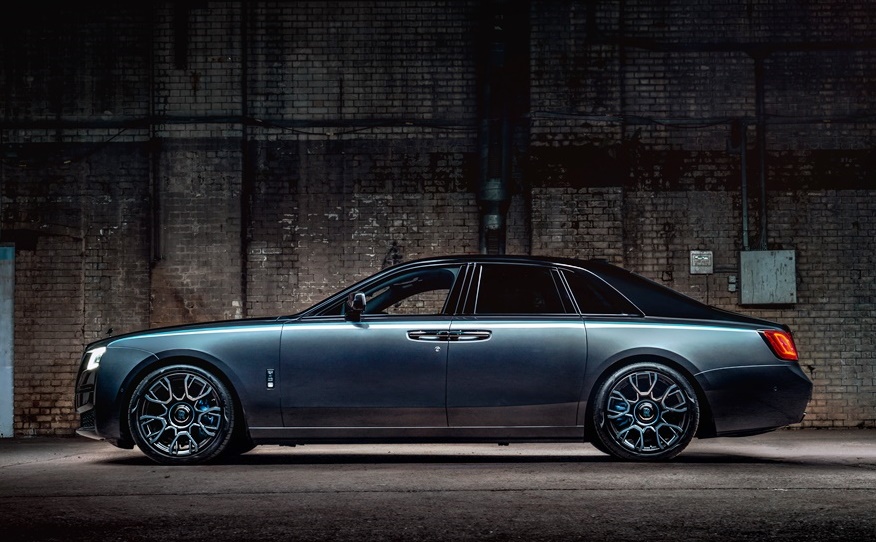 Black is the most favoured colour
Although customers are free to select any of the 44,000 ‘ready-to-wear’ colours or even create their own entirely unique colour, the overwhelming majority of women and men who requested this darker expression of Ghost have selected the signature Black. To create what is the auto industry’s darkest black, 45 kgs of paint is atomised and applied to an electrostatically-charged bare bodyshell before being oven dried. The car then receives two layers of clear coat before being hand-polished to produce the signature high-gloss piano finish.

At between three and five hours in duration, this operation is entirely unknown in mass production, creating an intensity simply unattainable elsewhere in the automotive industry. It is this depth of darkness that customers can also add a high-contrast, hand-painted Coachline, which has done much to create the Black Badge ‘black and neon’ aesthetic that has come to characterise this vivid family of Rolls-Royce cars. 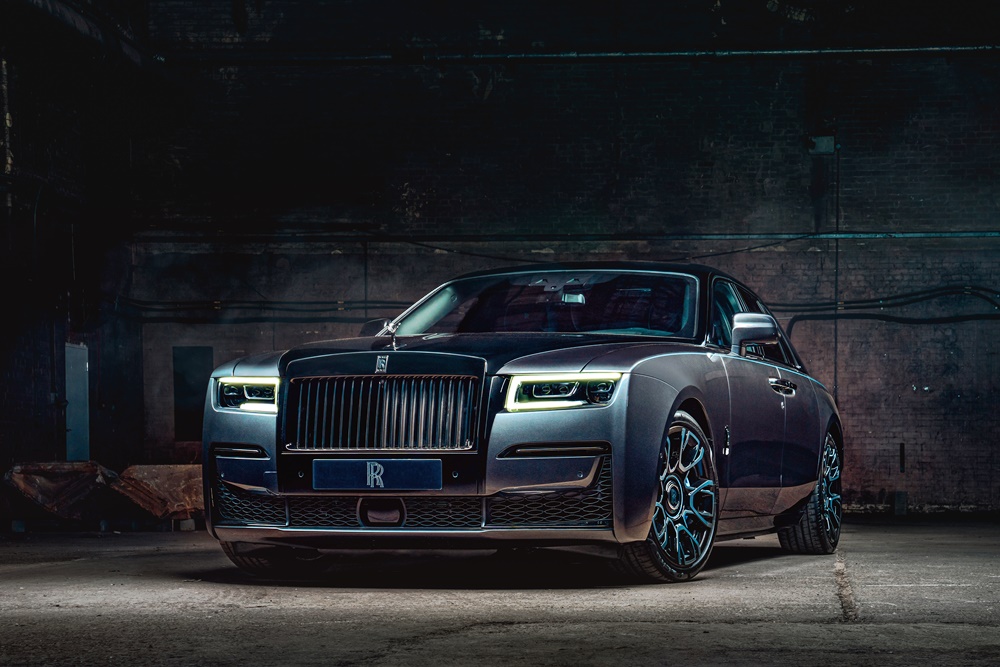 To complement the exterior finish, an entirely customisable process was created that allows Rolls-Royce hallmarks such as the high-polished Spirit of Ecstasy and Pantheon Grille to be ‘subverted’. Instead of simply painting these components, a specific chrome electrolyte is introduced to the traditional chrome plating process that is co-deposited on the stainless-steel substrate, darkening the finish. Its final thickness is just one micrometre – around one hundredth of the width of a human hair. Each of these components is precision-polished by hand to achieve a mirror-black chrome finish before being installed. 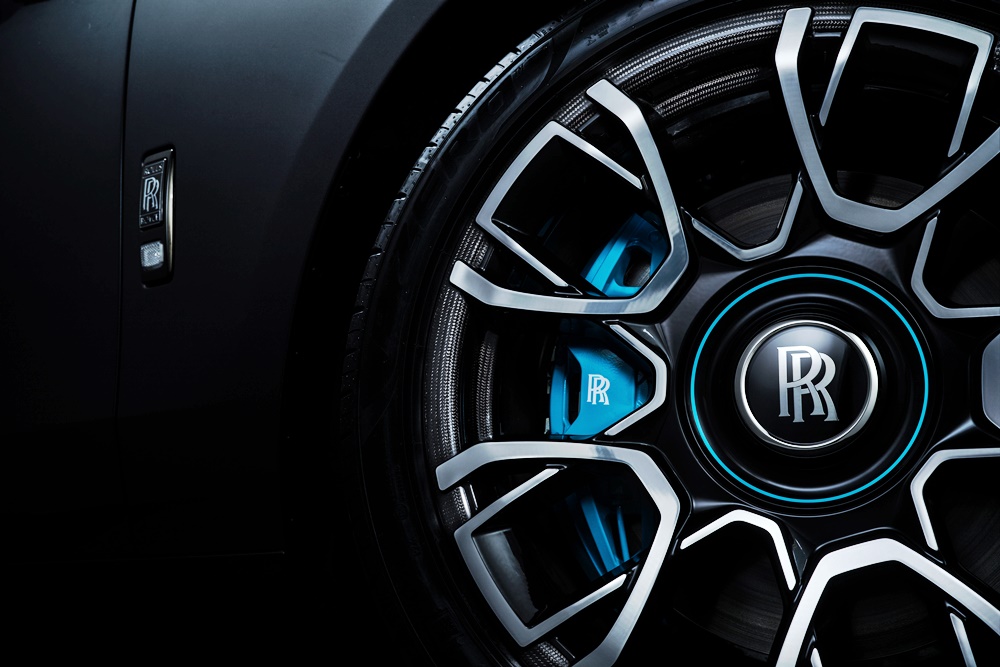 A 3D-forged aluminium hub is bonded to the rim using aerospace-grade titanium fasteners and finished with the marque’s hallmark Floating Hubcap, ensuring the Double R monogram remains upright at all times. To celebrate the material substance and remarkable surface effect, a lightly tinted lacquer protects the finish but still allows the technical complexity of the unique carbonfibre construction to be visible.

Advanced luxury materials
Advanced luxury materials  created and crafted for a unique ambience within are defined by authenticity and material substance rather than overt statement. In this spirit, a complex but subtle weave that incorporates a deep diamond pattern rendered in carbon and metallic fibres has been created by the craftspeople. 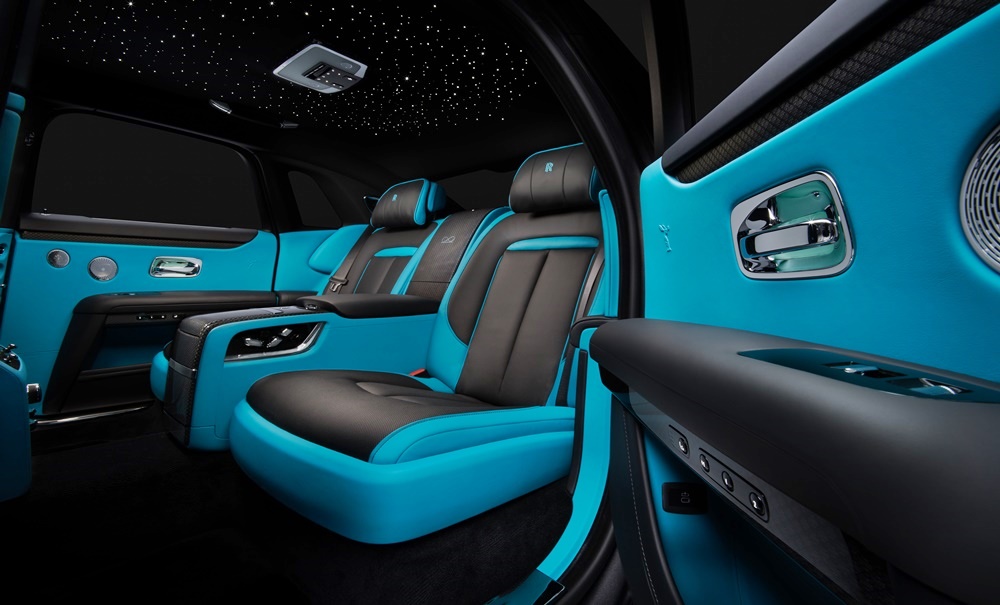 Multiple wood layers are pressed onto the interior component substrates, using black Bolivar veneer for the uppermost base layer. This forms a dark foundation for the Technical Fibre layers that follow. Leaves woven from resin-coated carbon and contrasting metal-coated thread laid in a diamond pattern are applied by hand to the components in perfect alignment, creating a three-dimensional effect. To secure this extraordinary veneer, each component is cured for one hour under pressure at 100°C. This is then sand-blasted to create a keyed surface for 6 layers of lacquer, which is hand-sanded and polished before being incorporated into the car.

If specified, the Technical Fibre ‘Waterfall’ section of the individual rear seats receives the Black Badge family motif: the mathematical symbol that represents potential infinity known as a ‘Lemniscate’. Rendered in aerospace-grade aluminium on the lid of Black Badge Ghost’s Champagne cooler, it is applied between the third and fourth layer of a total of six layers of subtly tinted lacquer, creating the illusion that the symbol is floating above the Technical Fibre veneer.

By its very name, virtually all brightwork is subdued. The air vent surrounds on the dashboard and in the rear cabin are darkened using physical vapour deposition, one of the few methods of colouring metal that ensures parts will not discolour or tarnish over time or through repeated use. 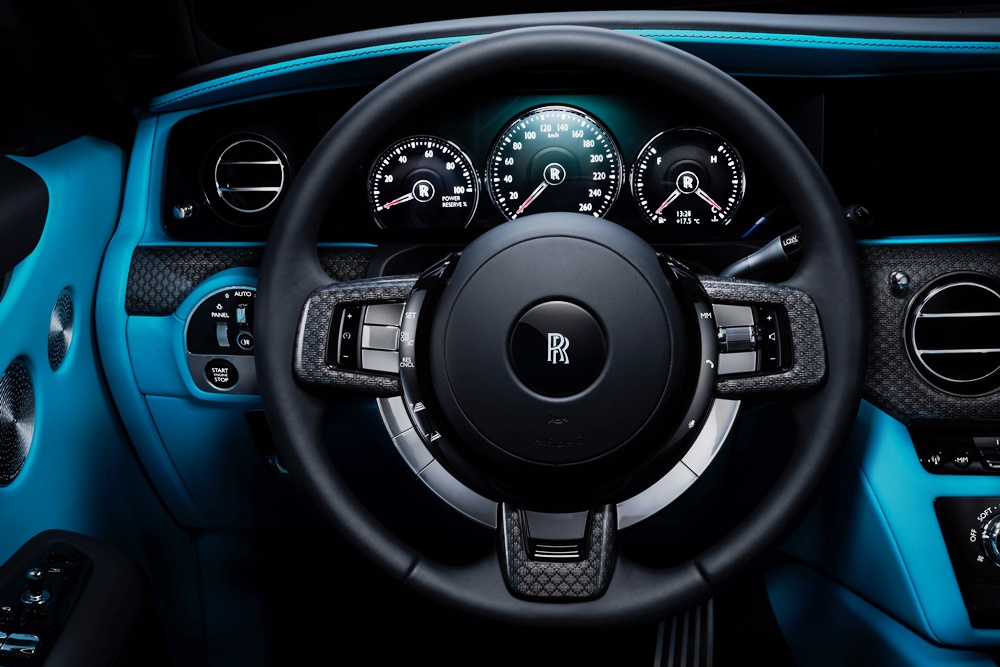 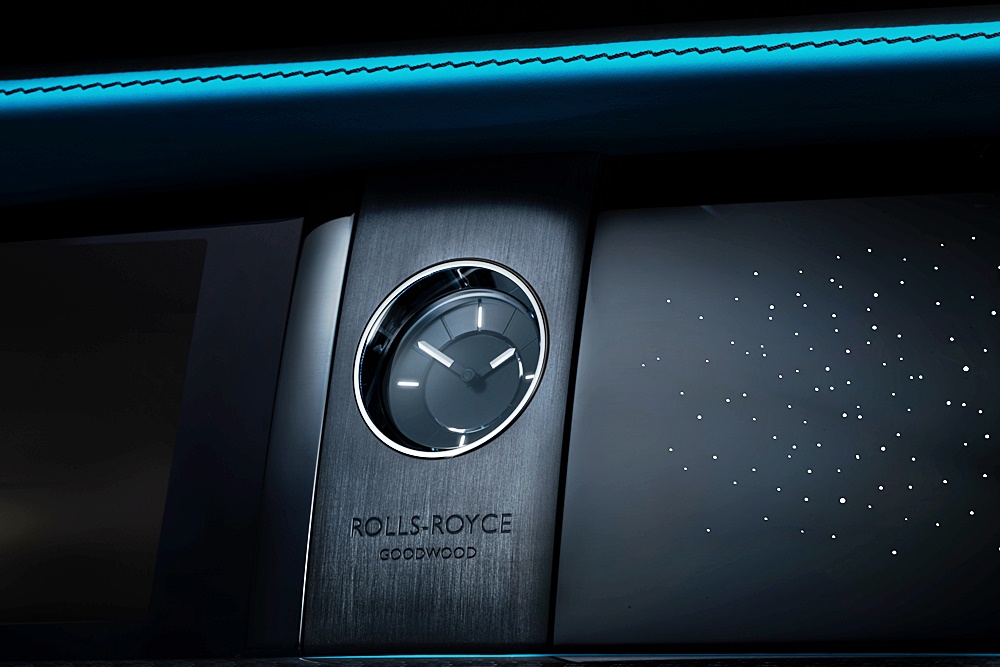 For the Black Badge Ghost timepiece design, only the tips of the hands and the 12, 3, 6 and 9 o’clock markers are picked out, in a subdued chrome finish, creating a remarkably minimal clock. The timepiece is flanked by a world-first Bespoke innovation that debuted with Ghost: the Illuminated Fascia, which displays an ethereal glowing Lemniscate, surrounded by more than 850 stars.

Located on the passenger side of the dashboard, the constellation and motif are completely invisible when the interior lights are not in operation. As in Ghost, the Lemniscate motif is illuminated via 152 LEDs mounted above and beneath the fascia, each colour-matched to the clock and instrument dial lighting. To ensure the Lemniscate is lit evenly, a 2 mm-thick light guide is used, featuring more than 90,000 laser-etched dots across the surface. This not only disperses the light evenly but creates a twinkling effect as the eye moves across the fascia, echoing the subtle sparkle of the Shooting Star Starlight Headliner. 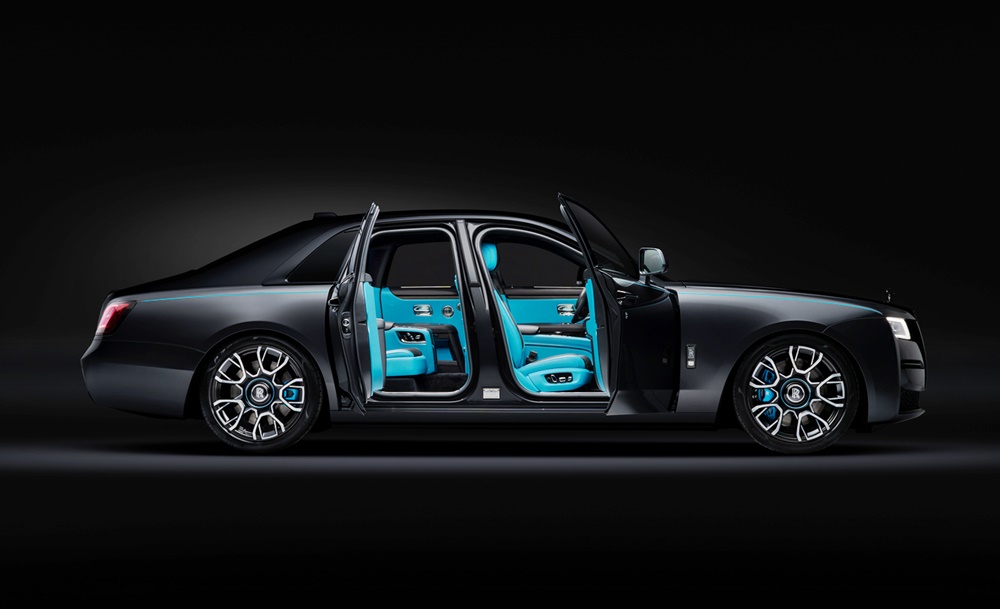 Increased engine output
From the engineering point of view, there is a general similarity to the standard Ghost model and key to its potent character is the Architecture of Luxury. This is Rolls-Royce’s proprietary all-aluminium spaceframe architecture that debuted with Phantom. This sub-structure not only delivers extraordinary body stiffness, but its flexibility and scalability allowed Ghost to be equipped with all-wheel drive, 4-wheel steering and the Planar Suspension system. For Black Badge, these engineering qualities have been comprehensively re-engineered, including the fitting of more voluminous air springs to alleviate body roll under more assertive cornering.

Under the long bonnet, the Rolls-Royce twin-turbocharged 6.75-litre V12 engine has 29 ps more, increasing total output to exactly 600 ps, while the addition of another 50 Nm of torque boost the output to exactly 900 Nm. The powertrain also has Bespoke transmission and throttle treatments to further enhance the engine’s increased power reserves. The ZF 8-speed transmission box and both front and rear-steered axles work collaboratively to adjust the levels of feedback to the driver, depending on throttle and steering inputs. 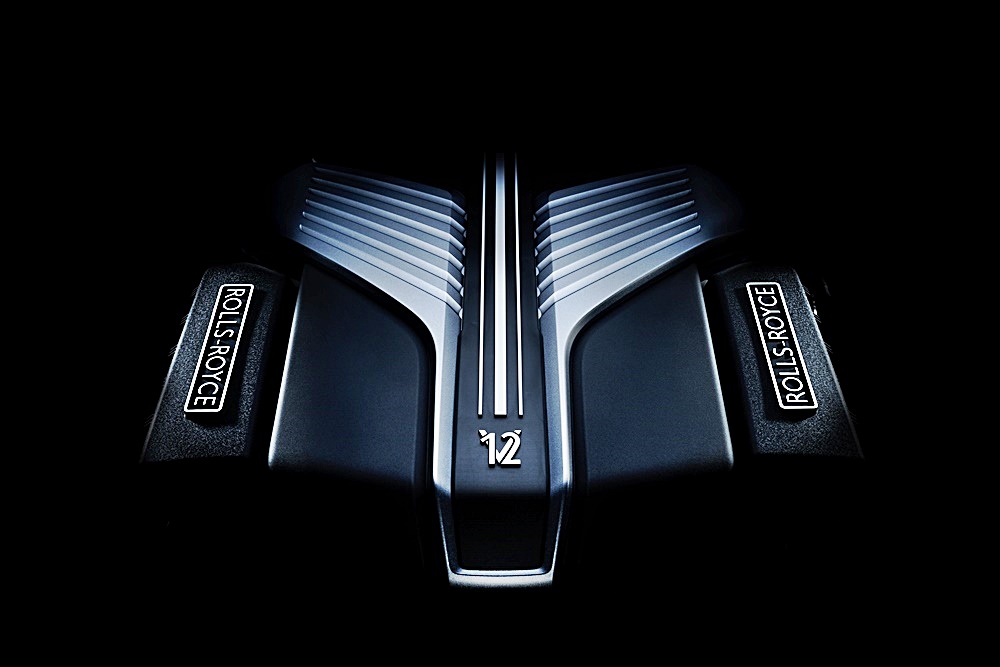 As with all products in the marque’s Black Badge portfolio, the ‘Low’ button situated on the gear selection stalk unlocks Black Badge Ghost’s full suite of technologies. This is asserted by the amplification of the engine through an entirely new exhaust system, subtly announcing its potency. All 900 Nm of torque is available from just 1,700rpm and, once underway in Low Mode, gearshift speeds are increased by 50% when the throttle is depressed to 90%, delivering the abundant power reserves almost instantly.

“In the 5 years since Black Badge became publicly available, this bold family of motor cars has come to symbolise the pinnacle of a new type of super-luxury product, setting in motion a shift across the wider luxury industry. Subsequently, nearly all luxury makers create products that seek to capture the Black Badge spirit,” said the CEO of Rolls-Royce. 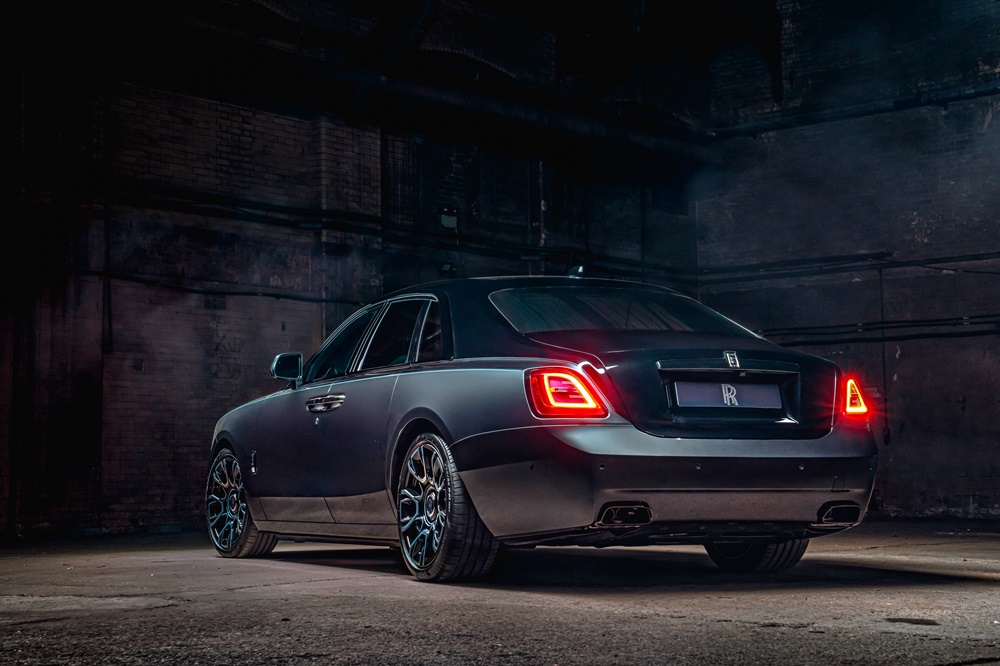 New fully-electric Rolls-Royce will be called ‘Spectre’, to be launched in late 2023