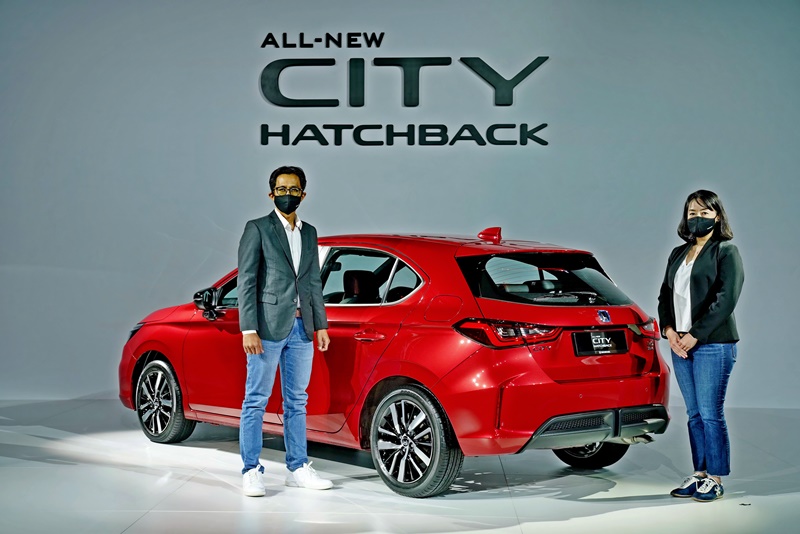 Not everyone may know that the City name did not begin with the model that is known today which was born in the mid-1990s. There was another Honda City – a small car mainly sold in Japan which was called the City as well. That model was interesting in the interior packaging that made it even possible to include a tiny scooter called the MotoCompo in the boot. And it was a hatchback. So it is interesting that while the original City was not mentioned before as a predecessor of today’s City – which is a sedan – it was mentioned with the launch of the new City Hatchback. 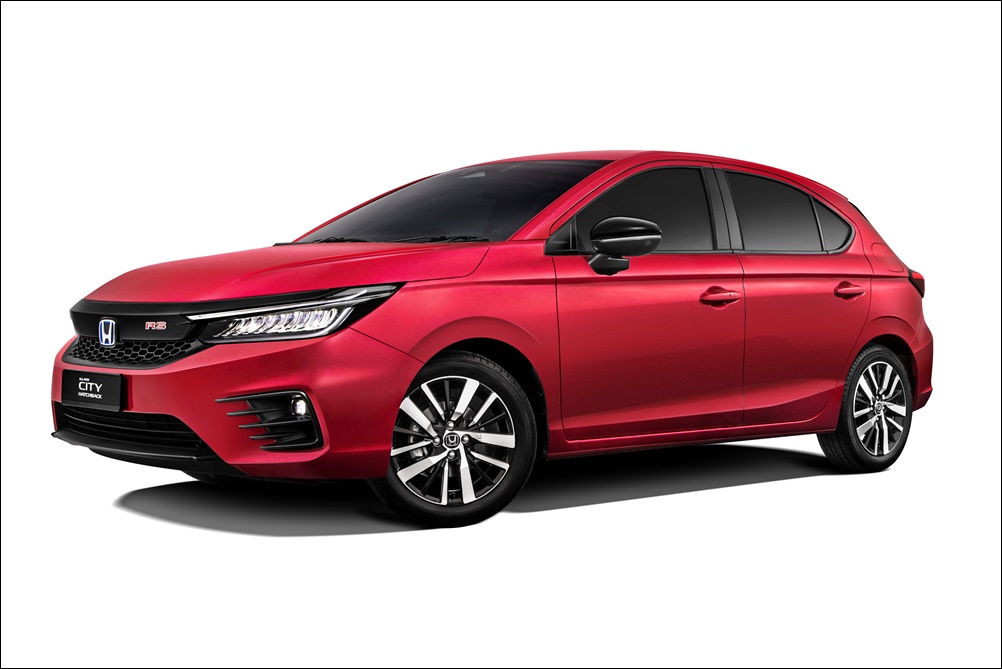 The City Hatchback takes the place of the Jazz which will no longer be offered in Malaysia but will still be sold elsewhere outside the region. Some may ask why it is necessary to drop the Jazz. It has been a successful product since being launched in 2001 and was the first model to beat the Toyota Corolla in the domestic Japanese market in overall sales. Like the Civic, which began as a low-priced hatchback, the Jazz evolved and perhaps became more sophisticated and more expensive to build.

It could be for this reason that Honda decided to develop a hatchback on the City platform which was originally conceived as a ‘Asian Car’. It was created at a time when the Civic began to cost more and could no longer be an entry-level model so a new lower-cost approach was needed to offer a new model at the entry level. 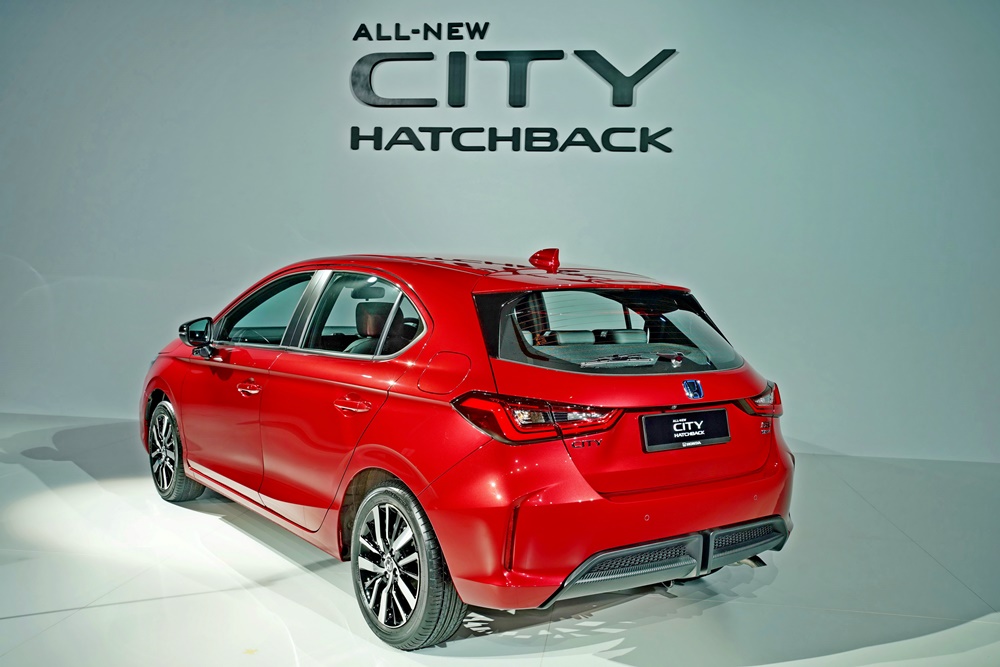 The City Hatchback was planned and developed at the same time as the current 5th generation City Sedan but its introduction was delayed due to the pandemic. While the Jazz will be sold in other regions, this model is intended mainly for the Asia-Oceania market. The factory in Thailand is the hub for producing the City in both variants and markets like Malaysia also have it assembled locally.

Four variants, two powertrains
For the Malaysian market, there are four variants being assembled at the Melaka plant, essentially like what is offered for the sedan. And like the sedan too, one of them (the RS variant) has a more advanced i-MMD e-HEV powertrain. This is a hybrid powertrain which is greatly improved from the first Integrated Motor Assist (IMA) hybrid system Honda used over 20 years ago. It uses a 1.5-litre petrol engine working with dual electric motors and can generate up to 253 Nm of torque – which is a figure normally seen from bigger engines. The City Hatchback RS will not, however, be immediately available (which was the same case with the City RS), so we won’t get into too much detail at this time. 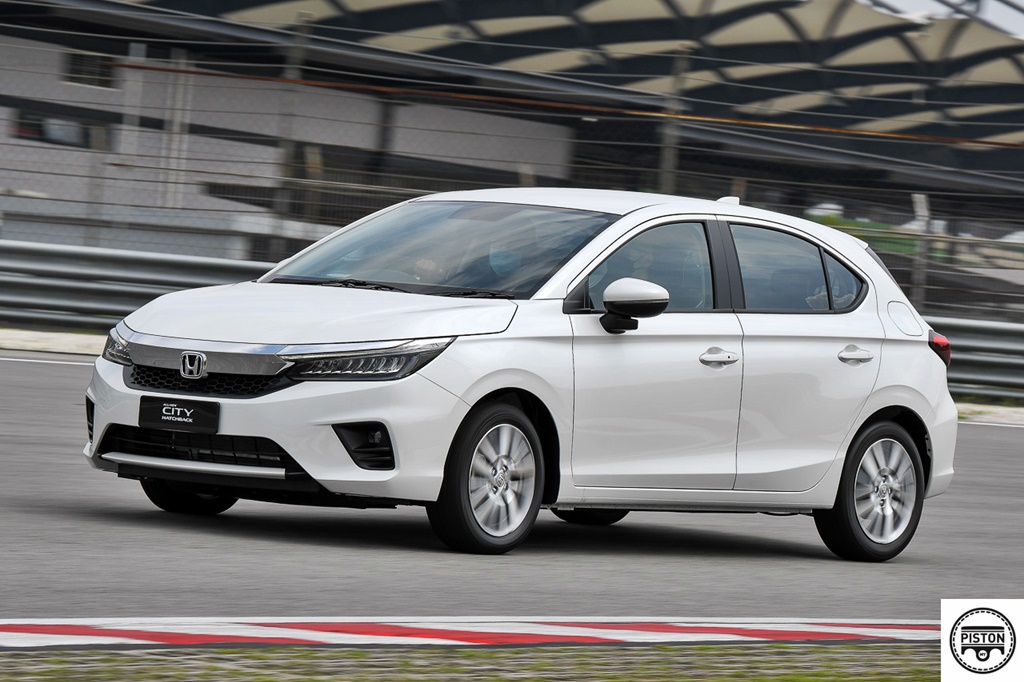 As for the other three variants (S, E and V), these all share the same 1.5-litre i-VTEC engine with a DOHC cylinder head. This engine (also used in the sedan) produces 121 ps/145 Nm which is the highest in its class and the power gets to the front wheels through a CVT. These three variants are expected to account for 95% of the sales, the same proportion as for the City Sedan. 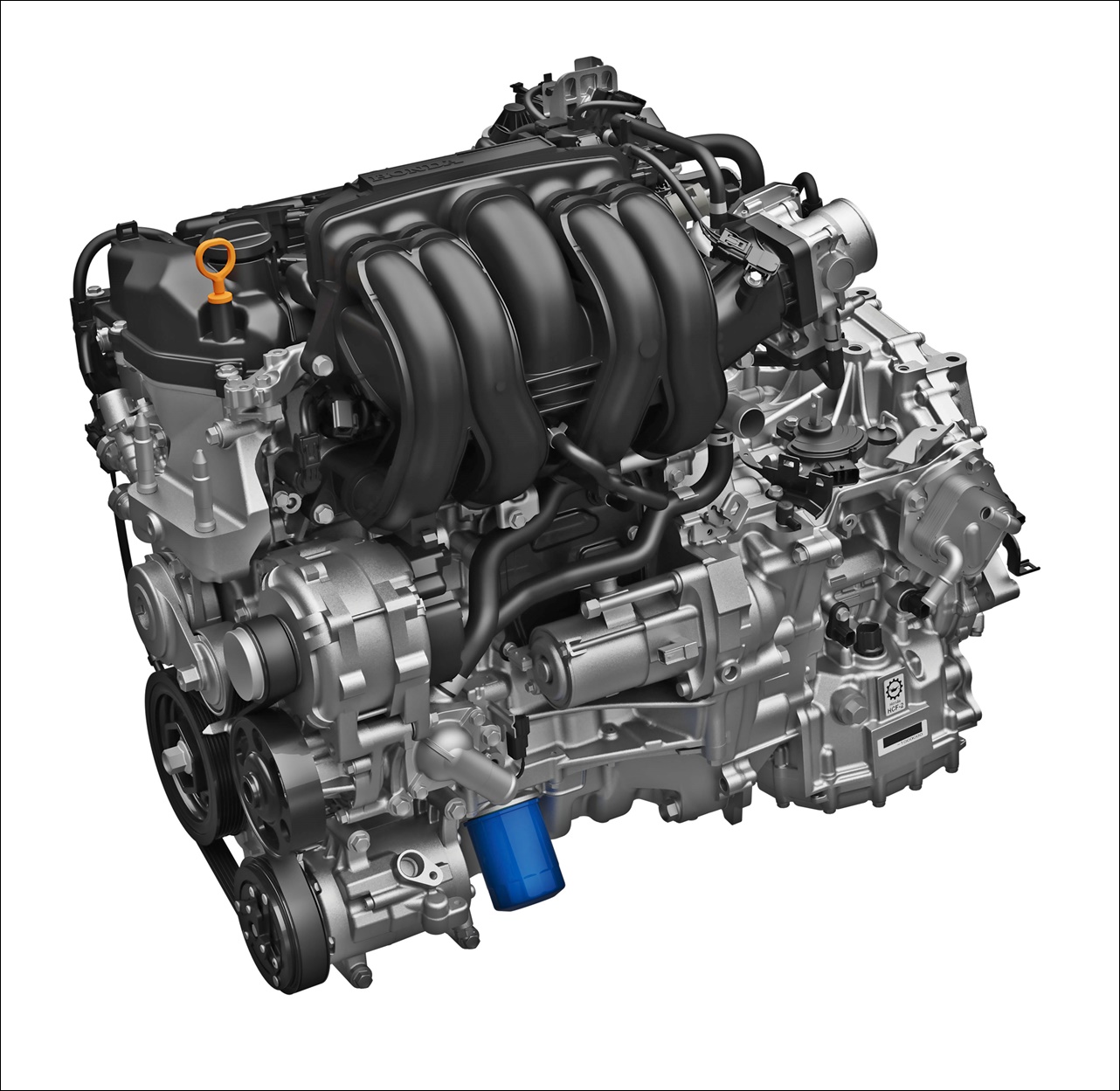 Shorter but heavier
While the sedan and hatchback have similar mechanical items and parts, the bodywork is obviously different at the rear with the absence of the ‘third box’ for the boot. The rear side doors appear similar, probably retaining the same hard points but further back, the rear end is shorter. The difference in overall length is about 206 mm but the wheelbase is identical at 2600 mm as is the 1748 mm width. The hatchback is a bit heavier even though it is shorter and that’s likely to be because it has a larger piece of glass at the back.

The versatility of a hatchback
When hatchbacks started to appear in the 1970s, the selling point was their versatility. SUVs as we know them today were not in existence yet so to have a car that could provide comfortable transport and yet carry more stuff than a sedan, the hatchback with its large rear opening was a practical approach.

While one can say that when folding rear seats were also available in sedans, the extended load capacity also became possible, along with a longer floor. But what a hatchback offers is more vertical space so more items can be stacked or taller items can be accommodated (keeping in mind the rear view, of course). 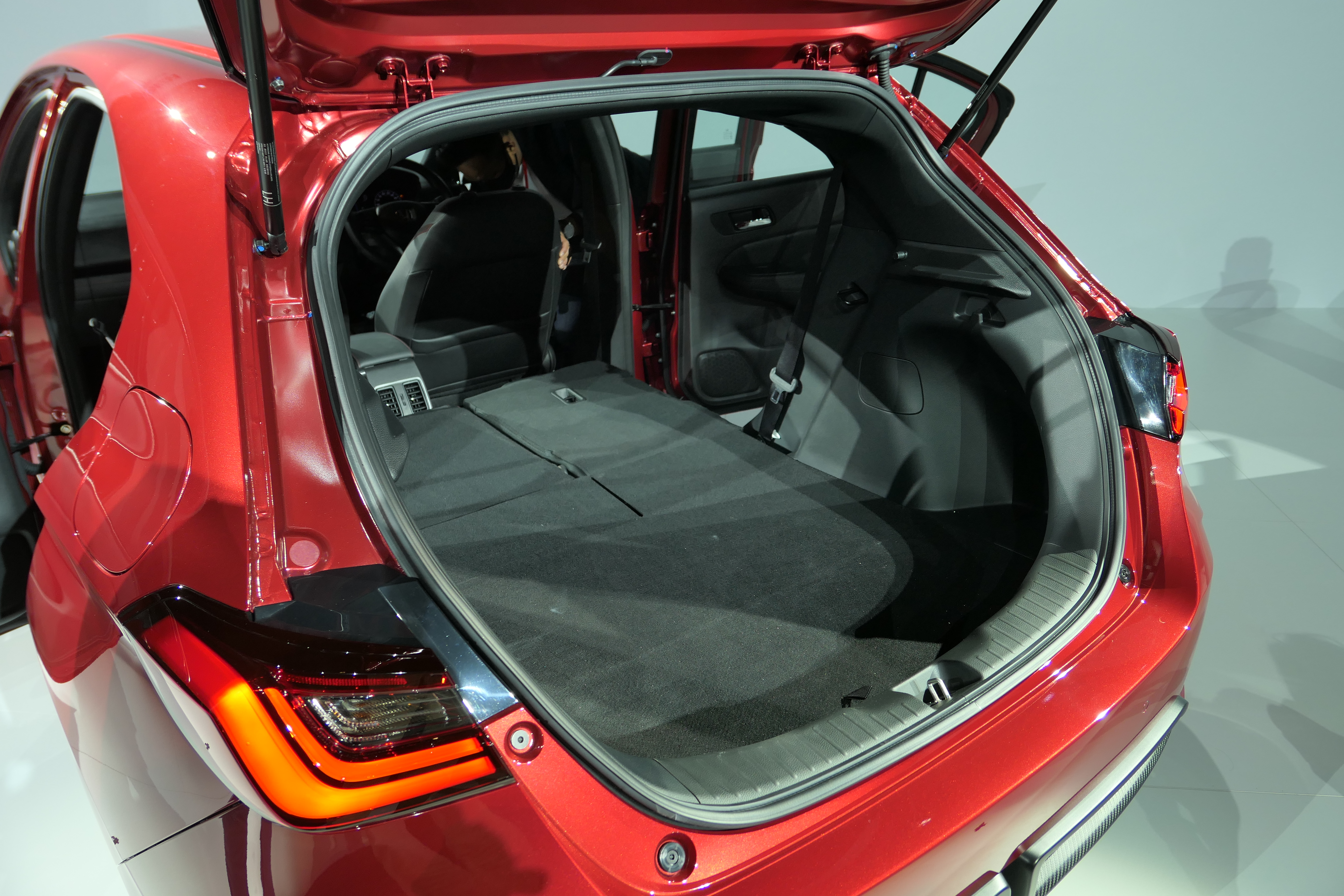 The ULTRA Seat
Honda’s designers went one step further in making the cabin of a hatchback versatile by adding the ULTRA seat. This innovation was developed after hours of watching people at supermarkets and shopping centres. They took note of the sort of items loaded and saw that there were items that were tall (like plants) and could not readily fit. This led them to design the rear seat to fold upwards against the backrest and create a generous vertical space from the floor to the ceiling.

The ULTRA seat was introduced in the first generation of the Jazz in the early 2000s. It was then offered in the second generation of the City, giving it a unique selling point. However, it was not consistently offered and then disappeared.

Now the ULTRA seat is back in the City Hatchback which extends its versatility. Instead of being bolted to the floor and fixed in place, the seats have a hinge under the backrest and are supported on U-shaped tubular bars. They can be flipped up against the backrests, or the backrests flipped down flat to get more floor length.

While they are similar in concept to the original ULTRA seats, they no longer have a hard plastic panel underneath. In the early version, the panel was moulded and included circular teh tarik hooks which were useful if you had some plastic bags to hang.

As before, the ULTRA seats have four ‘modes’ – UTILITY, LONG, TALL or REFRESH. For the LONG and REFRESH modes, the front passenger’s seat can also be folded flat so there is an open space from the back door all the way to the dashboard to carry a really long item or just to stretch out. For those who frequent IKEA, this would definitely be the sort of car to own. 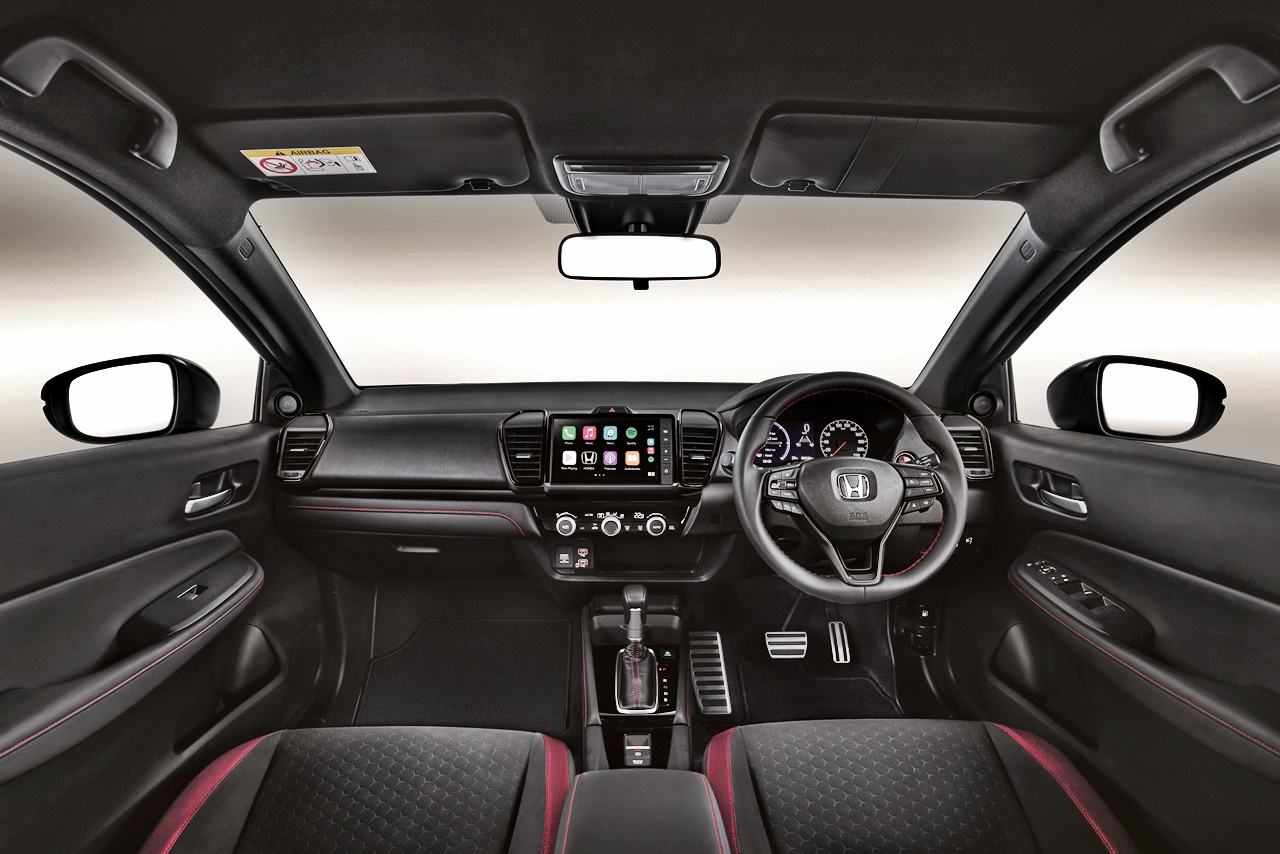 Similar design and features as sedan
The cabin layout is the same as the sedan’s and the equipment levels are also similar. The best-equipped version is the top RS e:HEV which has Honda SENSING and Honda CONNECT. However, this version would cost more than the RM87,860 that the top version (1.5V) of the petrol-engined variants is priced at. For the sedan, Honda Malaysia introduced an additional version which brings Honda SENSING to the 1.5V version and they might do the same for the City Hatchback later on. 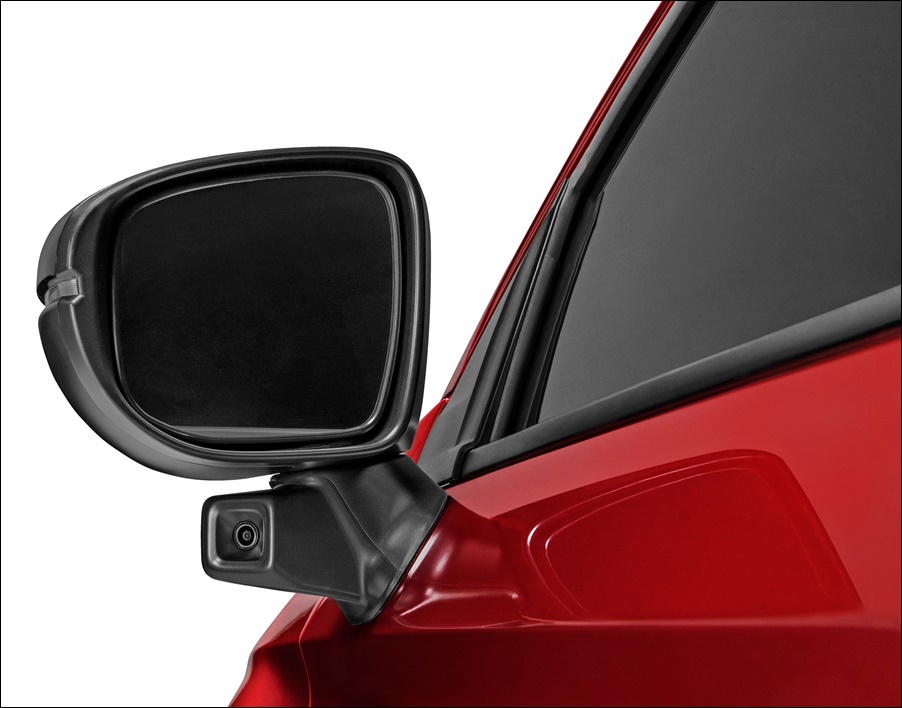 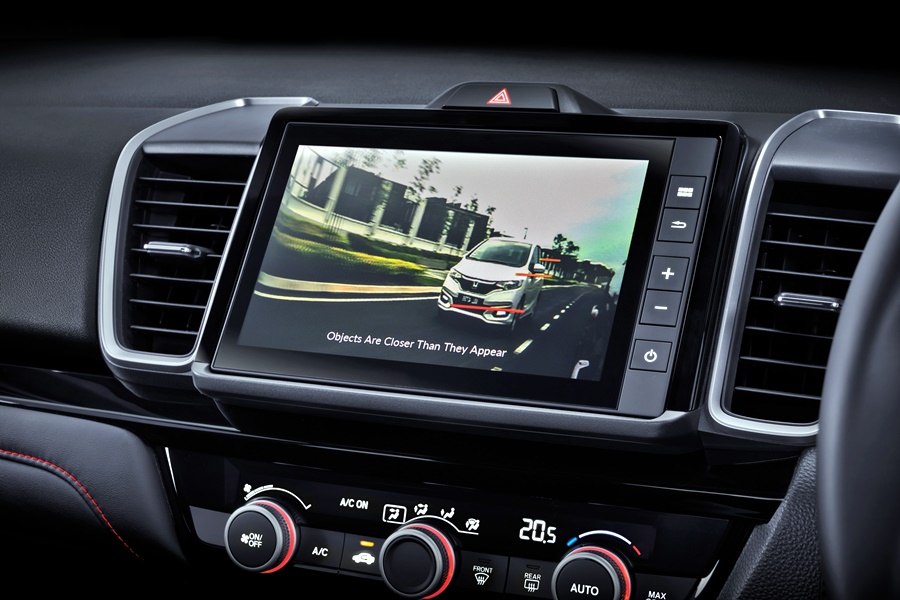 Honda Lanewatch is another innovative feature which provides the driver with a view of the blind spot on the left side of the car by using a small camera mounted on the door mirror. The real-time image is displayed on the 8-inch panel in the middle of the dashboard so the driver doesn’t have to turn the head all the way to the left to see the mirror. The camera is only on when the left signal is activated.

Other notable features are Remote Engine Start, paddle shifters, cruise control, automatic air-conditioning a reverse camera (these items are also standard for the 1.5E). For those with compatible smartphones, there’s added connectivity with Apple CarPlay and Android Auto.

Comprehensive safety systems
While the Honda SENSING package is available only for the very top RS variant, the safety systems that come standard with the City Hatchback are also pretty comprehensive and can help to reduce accidents. These include ABS with Brake Assist, Vehicle Stability Control, Electronic Brakeforce Distribution, and Hillstart Assist.

There’s also an Emergency Stop Signal system which will keep the brake lights illuminated and activate the hazard lights automatically if the braking action is sudden and heard (indicating emergency braking). This can alert drivers behind so that they will respond earlier and possibly avoid a rearend collision. 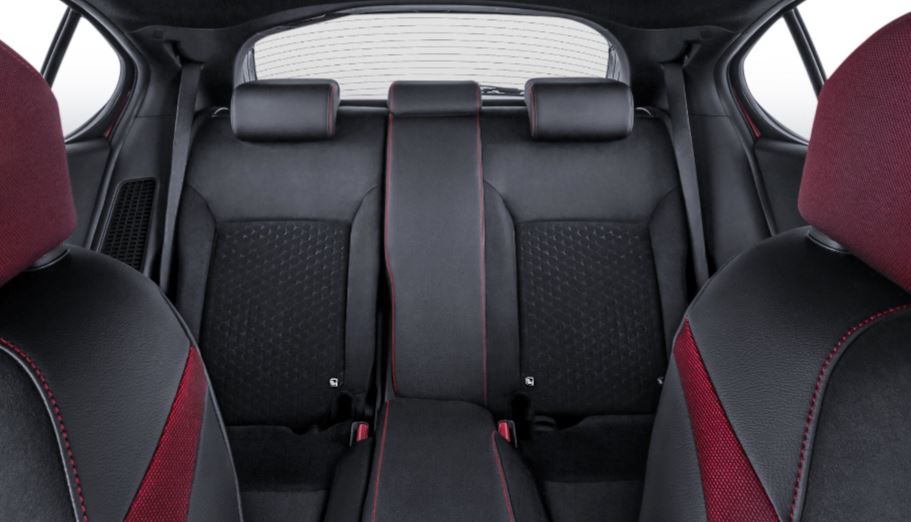 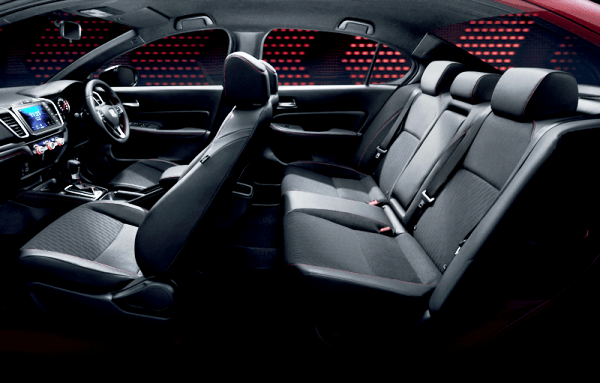 As childseats are now required by law, there is an ISOFIX point for compatible childseats to be installed easily and securely. The Seatbelt Reminder is also wired to include the rear seatbelts so that the driver will be aware when someone is not belted up (an offence).

For those who don’t like SUVs
The Jazz may be missed by some but if it is versatility that you are looking for, then the City Hatchback would be just as practical. This extra capability is available without compromising on space and comfort and can be considered something like a stationwagon too. And for those who want the versatility of a SUV but don’t like the tallness, the City Hatchback could also be a great alternative as it sits as low as the sedan. 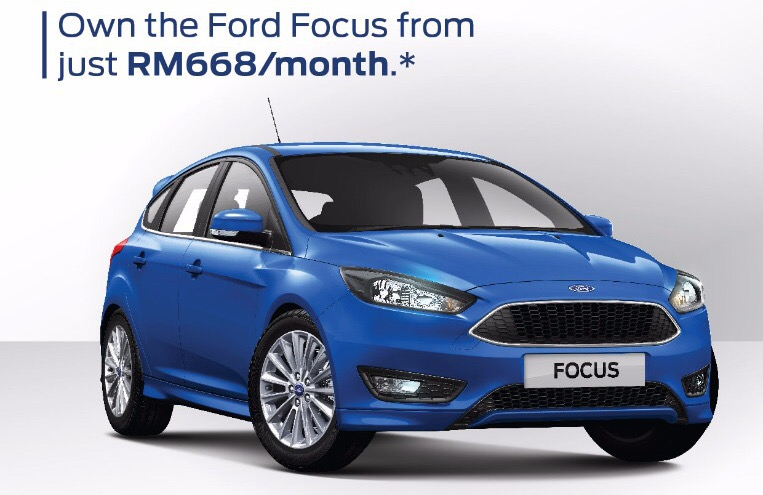 Ford Focus can be yours for just RM668/month 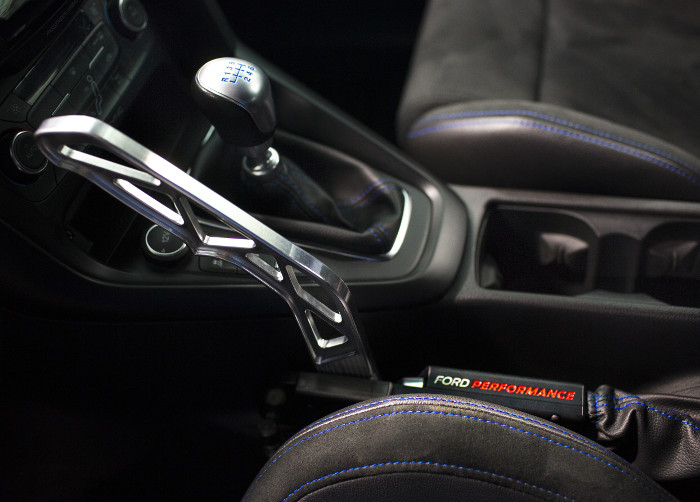 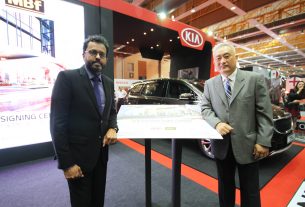