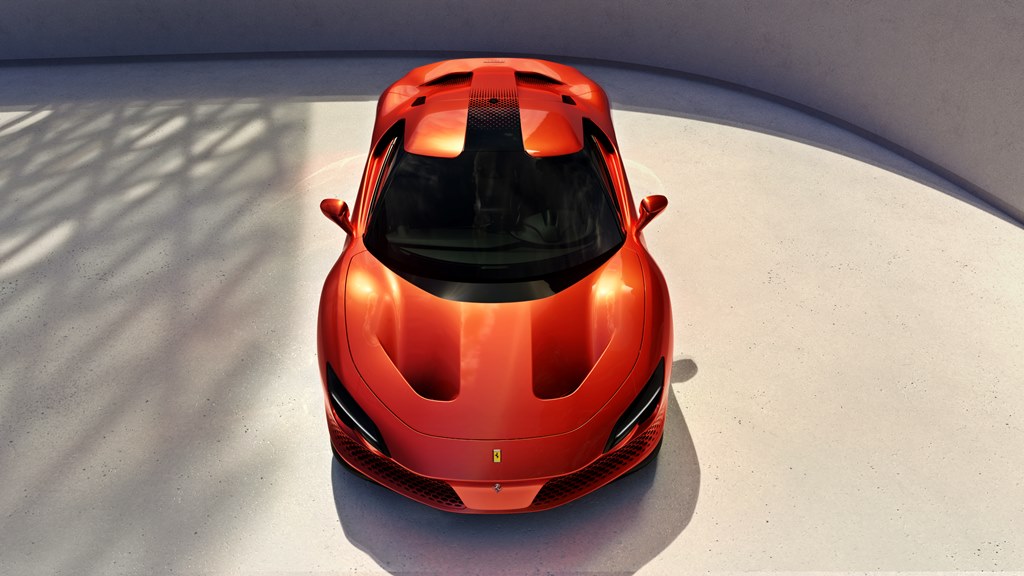 Ferrari’s Special Projects programme creates unique models which have a design so exclusive that each one can be considered a ‘One-Off’. Each project originates from an idea put forward by the customer and is then developed with a team of designers from Ferrari’s Styling Centre. The entire process can last for more than a year on average, during which time the customers closely assesses the design and verification phases.

Customers are, of course, entitled to privacy and their creation may never be shown to the public but some may be agreeable and we get to see a unique one-off Ferrari. The latest is the SP48 Unica revealed today and designed by the Ferrari Styling Centre. The 2-seater sports berlinetta sits on the F8 Tributo platform, with its taut lines and aggressive stance making it instantly recognisable with respect to the original model. 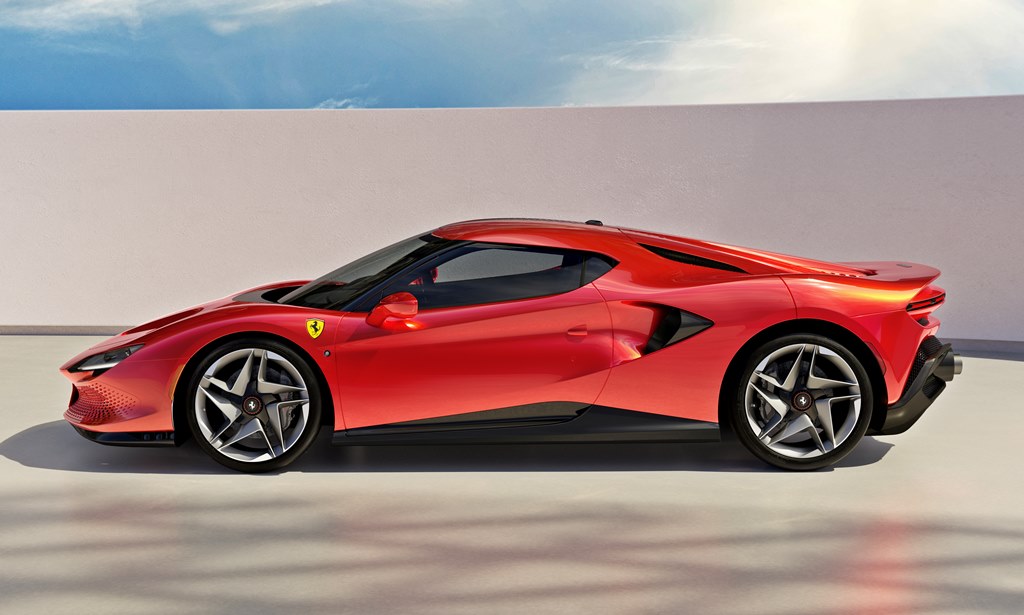 Also unmistakable is the arrow-shaped front profile; central to achieving this effect was the redesign of the headlights and the subsequent relocation of the brake air intakes.

A pivotal aspect of the design of this unique new car is the extensive use of procedural-parametric modelling techniques and 3D prototyping (additive manufacturing) which enabled the designers and engineers to completely redesign the front grille and engine air intakes. This advanced production process, ideal for low-volume items, resulted in perfect 3D grilles that seem carved from a solid volume creating a sense of seamless continuity and dynamic fluidity. 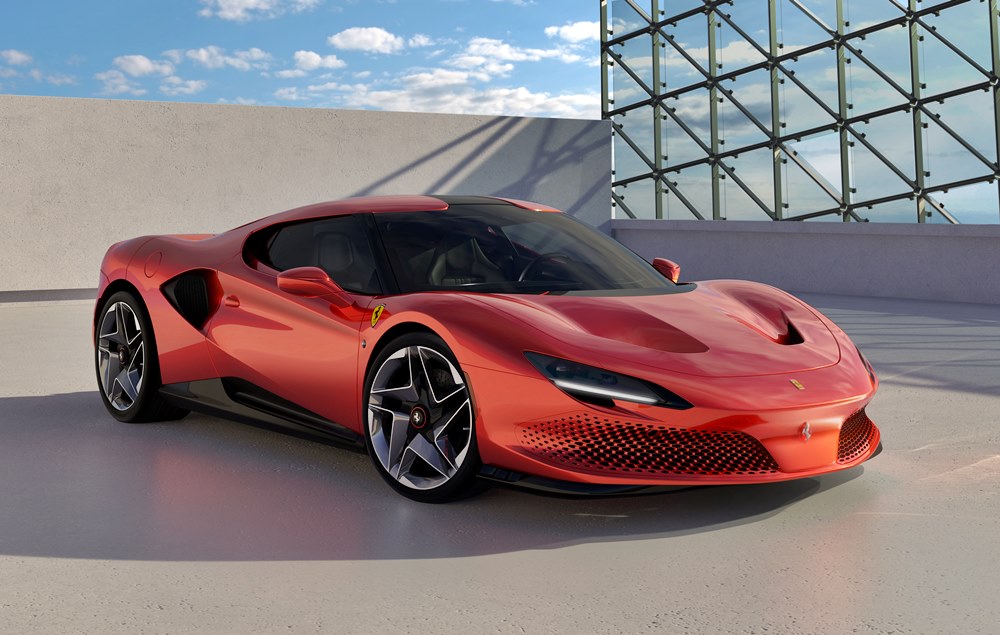 The procedural graphic solutions adopted on the bodywork dialogue directly with the grilles and influence the SP48 Unica’s overall design. Here, the transition from black – which includes the windows, roof and engine cover – to the body colour is especially clear.

The striking visor effect of the front is further heightened by the reduction in the size of the side windows and the elimination of the rear screen. This highlights the powerful muscularity of the SP48 Unica, giving the impression of being sculpted from a single block of metal. 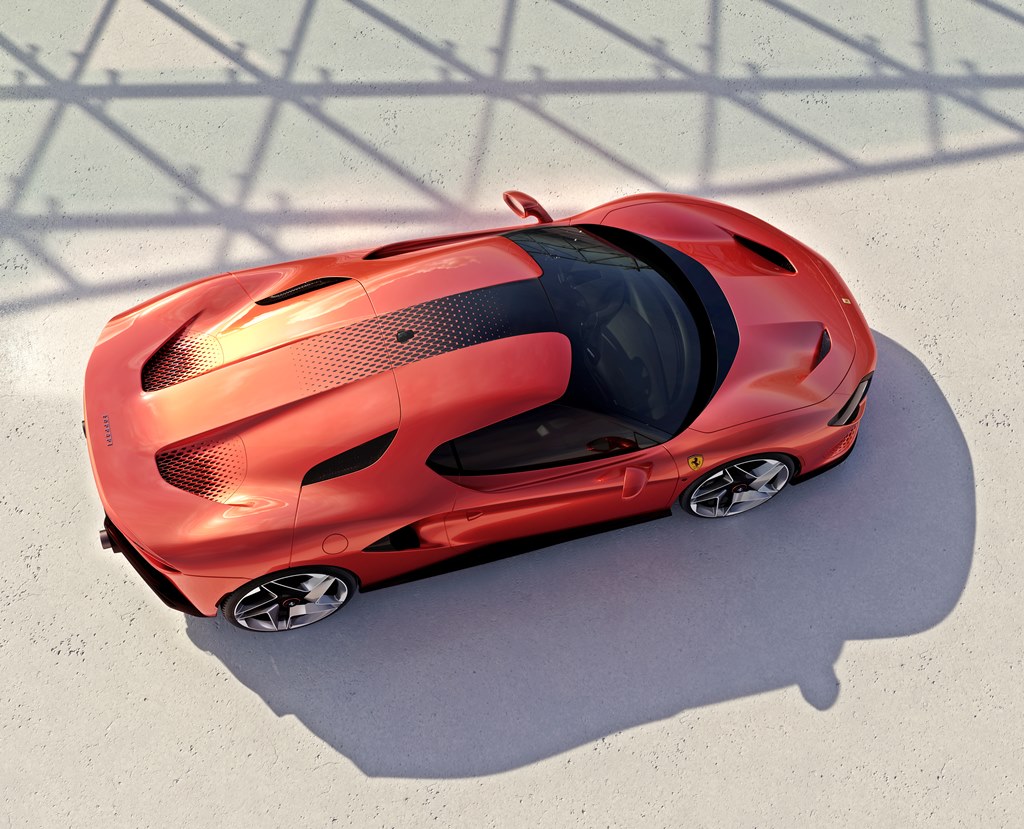 Looking down on the car, the central section of the roof is emphasised. A graphic representation of the air intakes is set into the rear part of the carbonfibre engine cover before the rear wing. This angle allows the viewer to appreciate the styling research that went into the car and reveals the sophisticated interplay of symmetries and intersecting lines created by its forms.

The SP48 Unica’s thermal-fluid-dynamic design has been honed and perfected to guarantee it satisfies all cooling requirements in addition to delivering a different aerodynamic balance. The biggest changes compared to the F8 Tributo’s styling include the air intakes for cooling flows for the engine on the front bumper and beneath the rear spoiler. Each has a deep procedural grille, every section of which is optimally angled to maximise the amount of air passing through.

The car’s configuration also allowed the engineers to locate an intercooler intake immediately behind the side windows, which in turn enabled them to reduce the dimension of the intakes on the flanks. The longer rear overhang reduces suction from the roof area, boosting rear downforce.

The cabin retains the F8 Tributo’s technical identity – excluding the rear screen – and to reflect the car’s personality, specially developed black laser-perforated Alcantara is used on the seats and most of the cabin trim. Beneath are glimpses of iridescent reddish-orange fabric that match the exterior colour.

The motif picks up the hexagonal motif of the grilles and the procedural livery on the roof, creating an appealing continuity between the car’s interior and exterior.  In the cockpit, the eye is immediately drawn to the polished sill covers with the same laser-embossed hexagonal motif. Matte carbonfibre creates a sense of technicality and exclusivity, complemented by the Grigio Canna di Fucile accents. 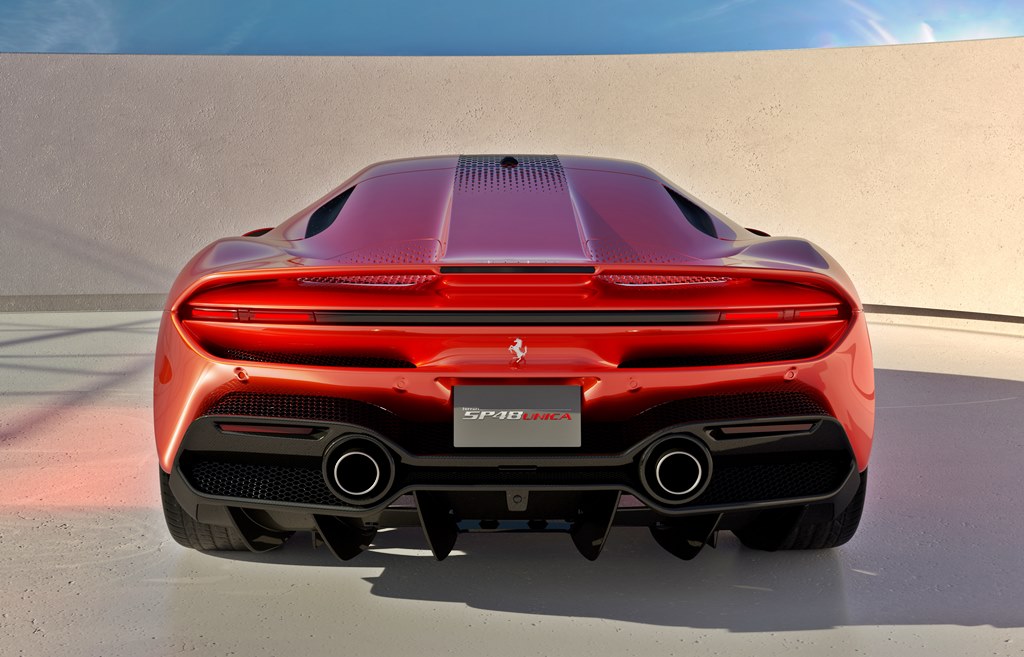 Only one person in the world can own the Ferrari BR20