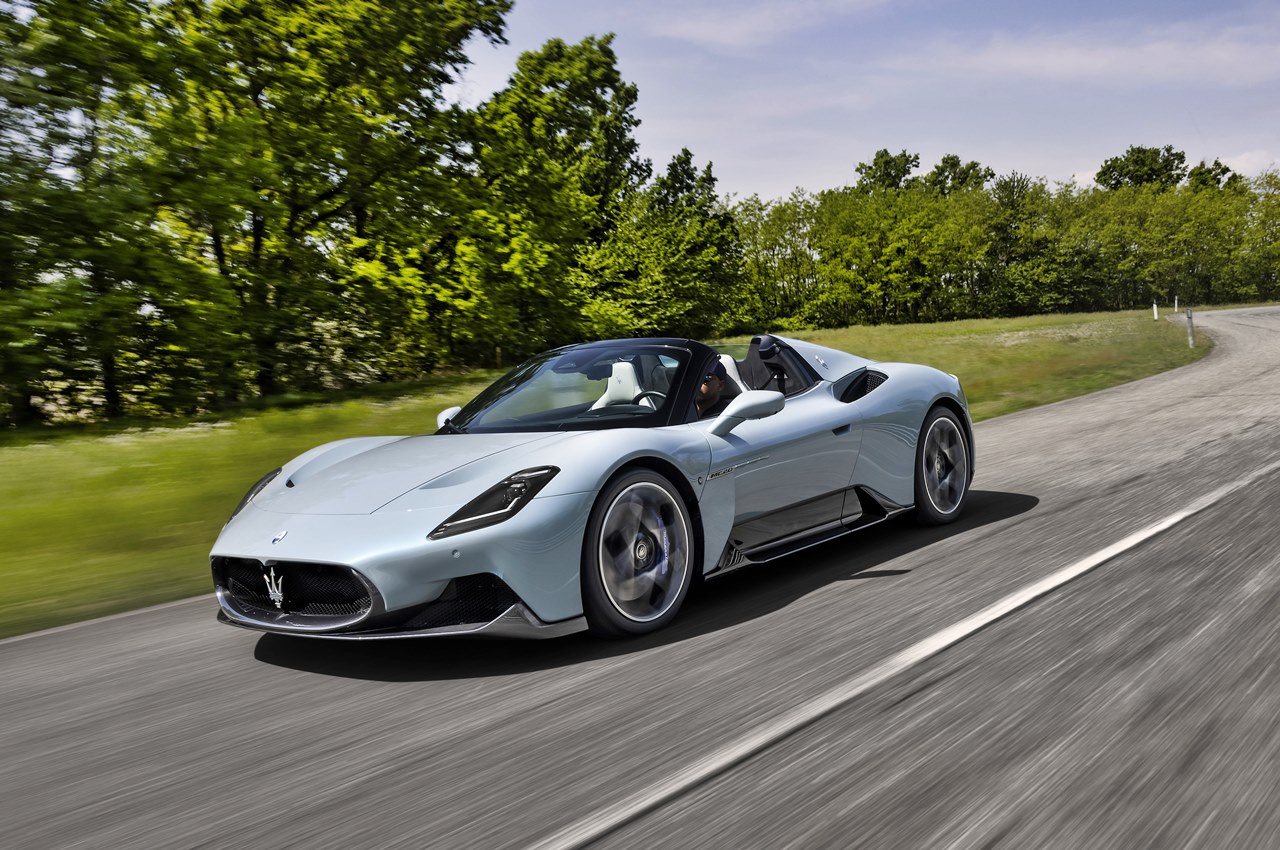 In September 2020, Maserati launched its latest supercar – the MC20 (which stands for ‘Maserati Corse’ and ‘2020’) as part of a long-term plan to return to greatness, especially in the performance segment. Now comes a ‘topless’ version – the MC20 Cielo spyder – which has a similar overall form as the MC20 but also its own distinct character. 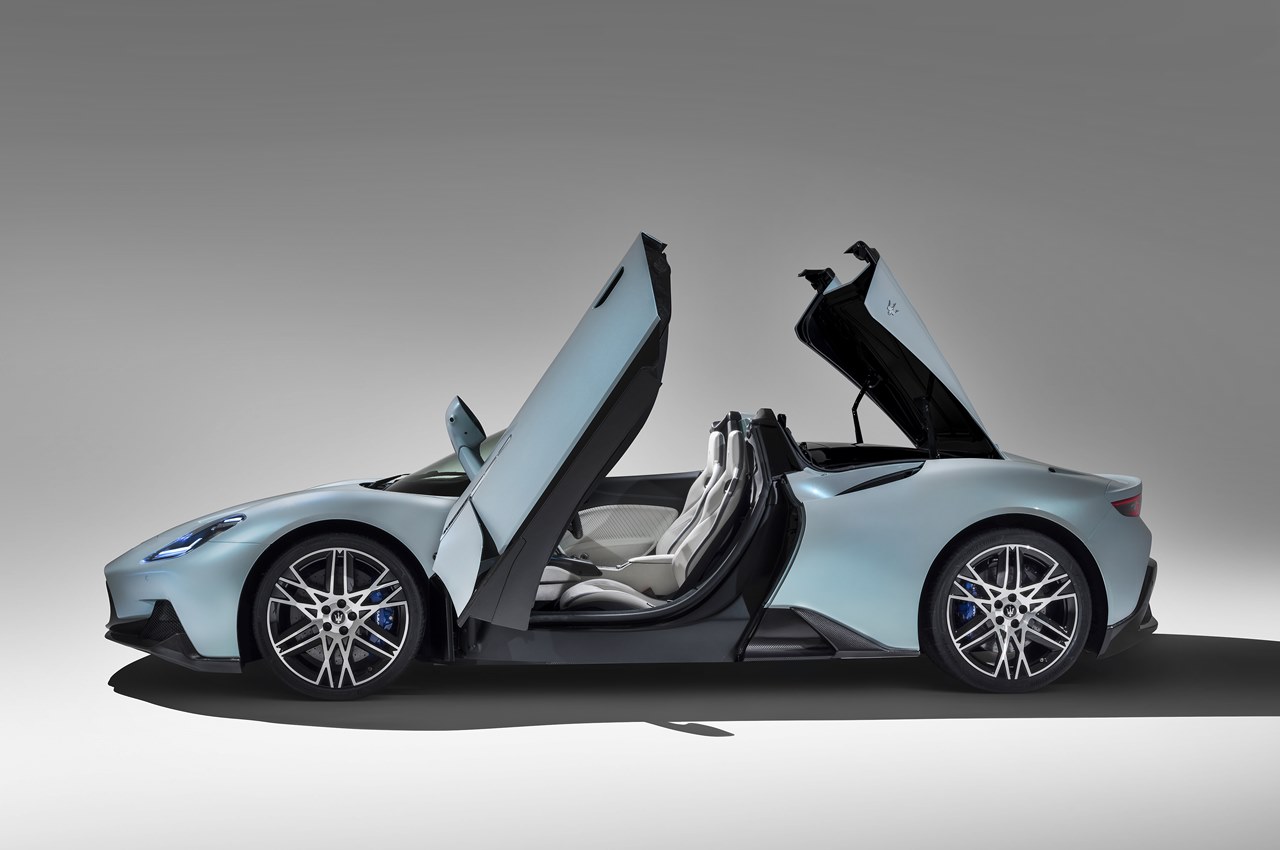 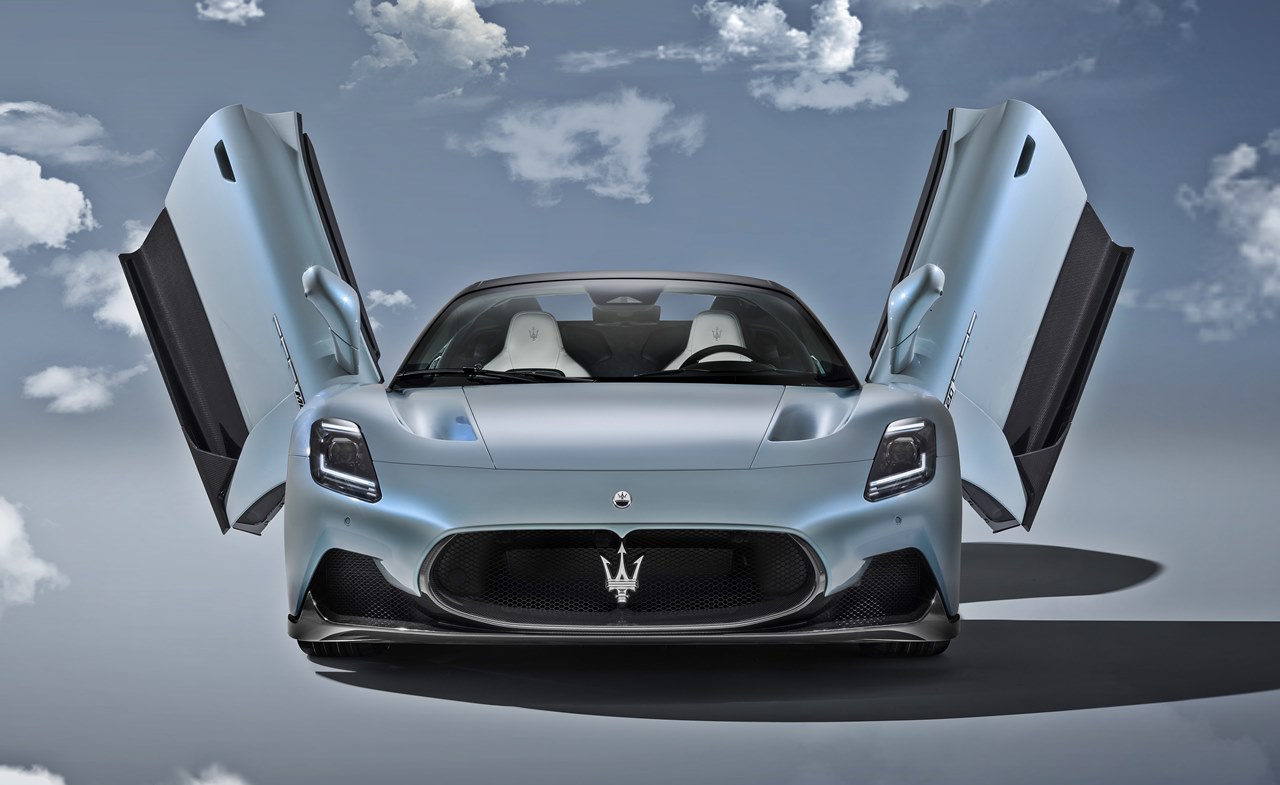 With ‘Cielo’ meaning ‘sky’ in Italian, the design’s emphasis is on bringing the clouds and stars into the cabin, so to speak. This is achieved courtesy of a powered mechanism that folds the roof into a storage area at the rear. The roof is said to be best-in-class in terms of thermal insulation and of opening/closing speed (12 seconds).

An open feeling is also possible with the roof in place, thanks to electrochromic ‘smart glass’. With the press of a button, the glass can go from opaque to clear, or reverse the process. Electrochromic glass has been around for some time now and used in non-automotive applications as well. It is usually offered with more expensive high-end models for sunroof applications and is also used for rearview mirrors.

In the case of the MC 20 Cielo’s sunroof, Polymer-Dispersed Liquid Crystal (PDLC) technology is used. The glass switches its transparency using electricity charges that cause special elements sandwiched in the glass to darken or lighten.

The MC20 Cielo is equipped with an optional High Premium Sonus faber audio system. This has been specially optimized to fit the unique acoustic and positioning needs of the spyder’s cabin which will, at times, be open. The system’s 12 speakers have been located to give the natural sound quality that distinguishes audio systems from the Italian specialist in high-end audio systems, 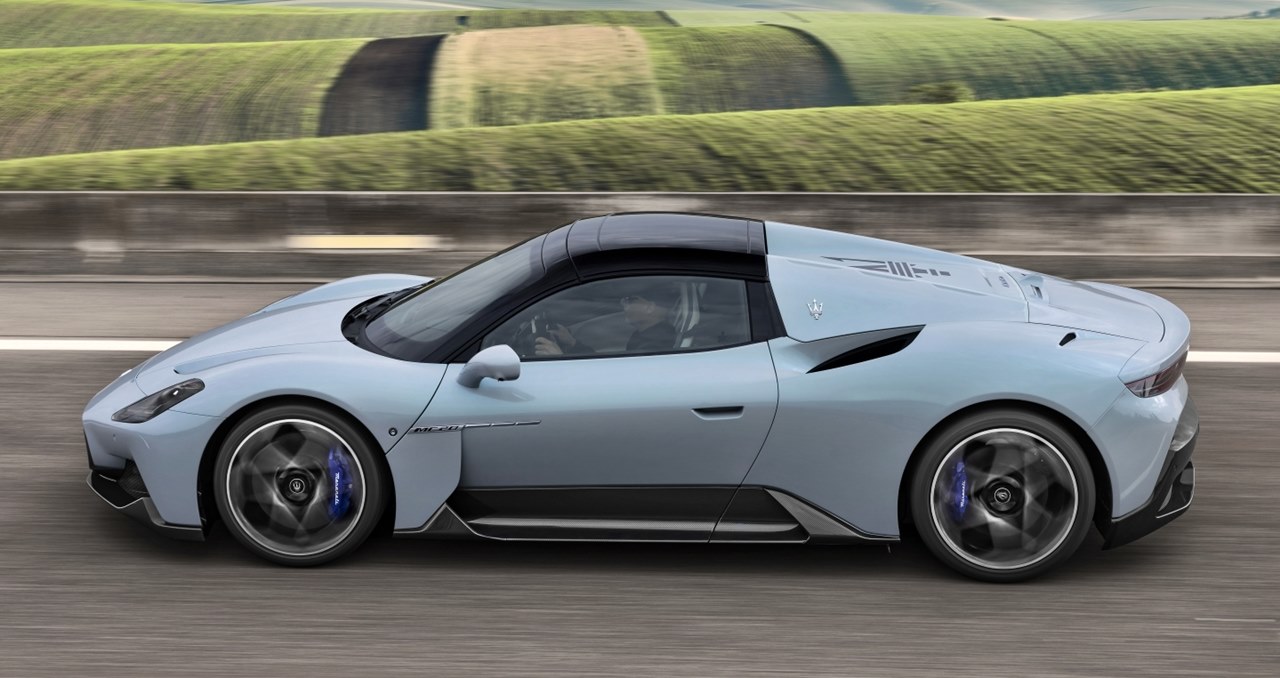 Like the MC20, the MC20 Cielo has spent a long period in the wind tunnel to refine the aerodynamic efficiency of its minimalist design. There are certain ‘wow’ features that are common, eg the butterfly doors which open up like wings unfolding upwards. They are designed to make it easier for the driver and passengers to get in and out despite the low floor.

The engine is the Maserati-patented 90-degree V6 Nettuno twin-turbo petrol engine with the Twin Combustion Chamber. This approach increases combustion efficiency by using a pre-combustion chamber with twin spark plugs. The concept has so far been used only in F1 engines, so this is another example of F1 technology being transferred to a road car. Though supplied by Ferrari, the engine has been further developed by Maserati’s own engineers and is also built on its own premises. 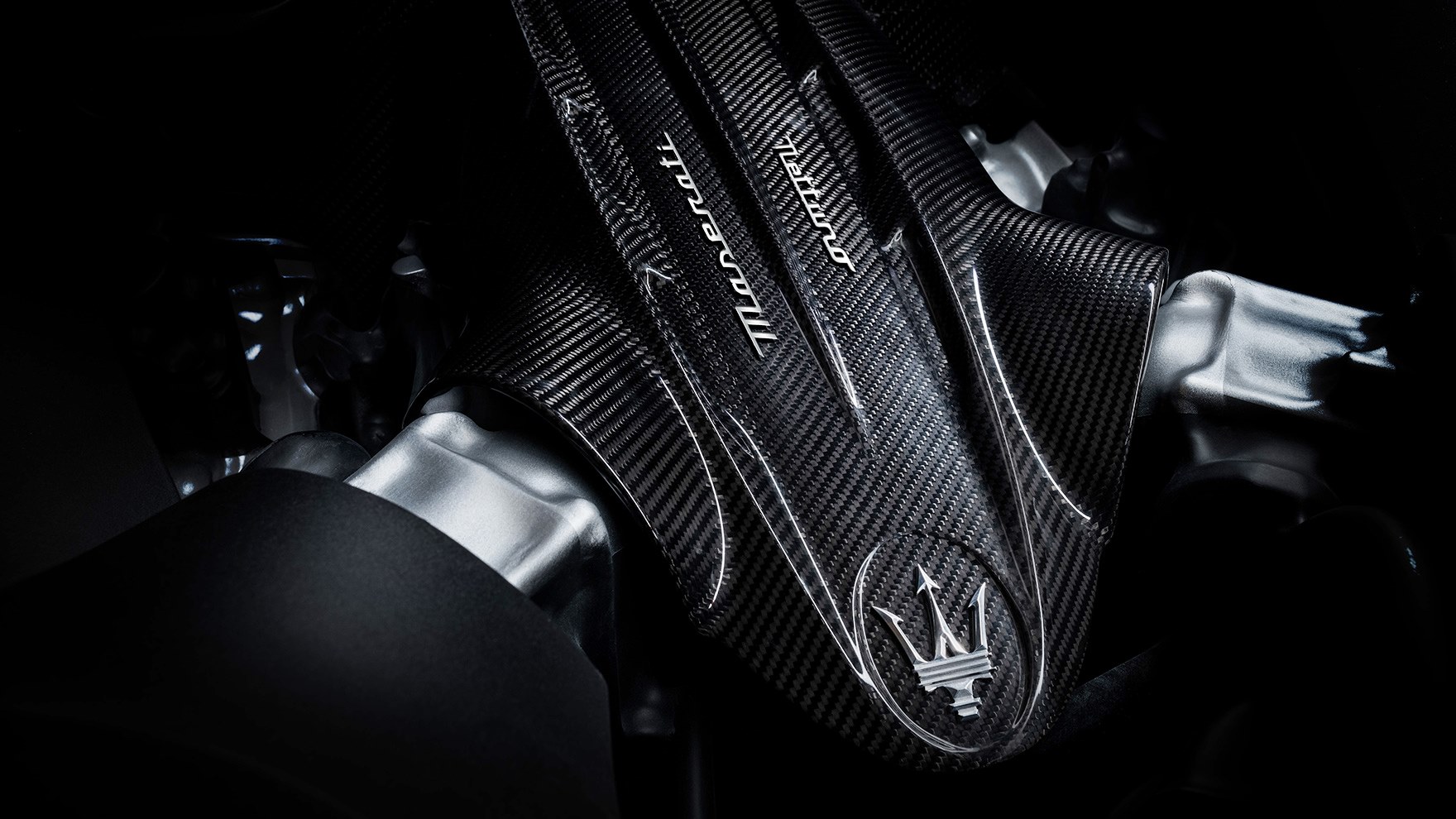 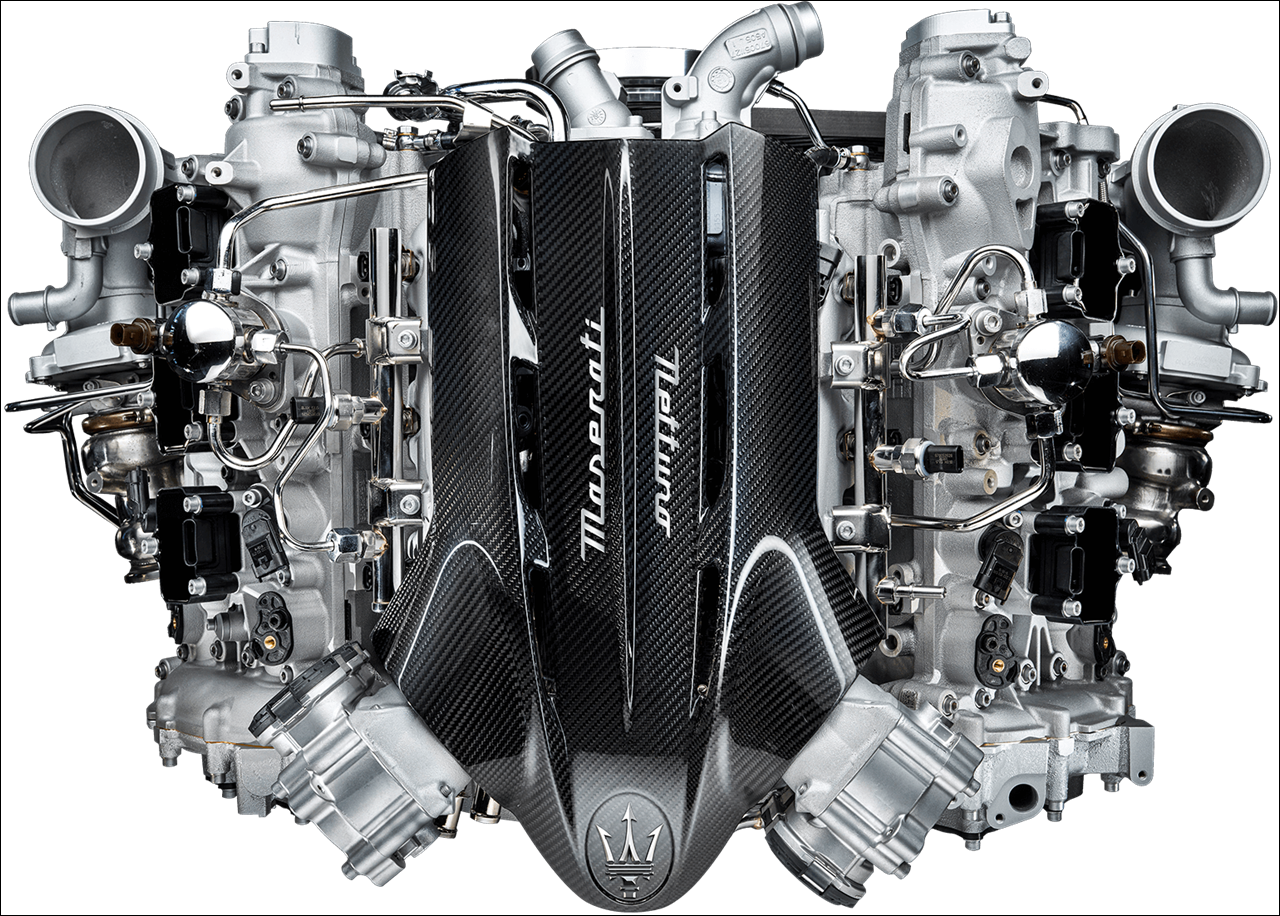 From the 3000 cc of displacement, 630 bhp/ 730 Nm are produced, delivered to the rear wheels through an 8-speed, dual-clutch transmission.

The MC20 Cielo, like its brother, has a carbonfibre monocoque tub enclosed by a lightweight carbonfibre and aluminium bodyshell. The platform is also ready for electrification in future without requiring much structural alteration. 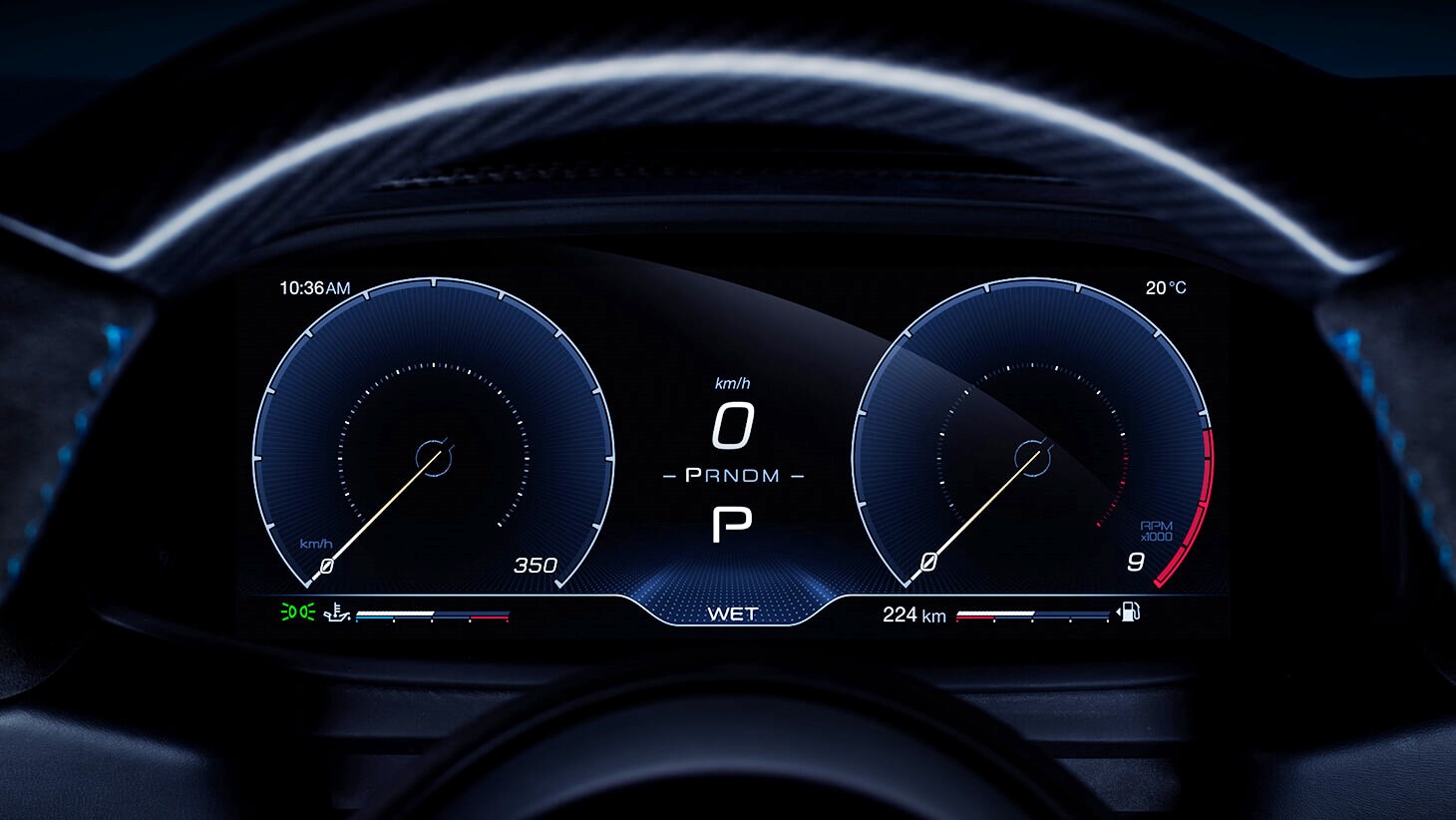 The MC20 Cielo is offered with an exclusive Acquamarina colour, available as part of the Maserati Fuoriserie customisation programme. This launch colour uses a 3-layer paint based on a racing-inspired grey, with an iridescent mica in aquamarine. 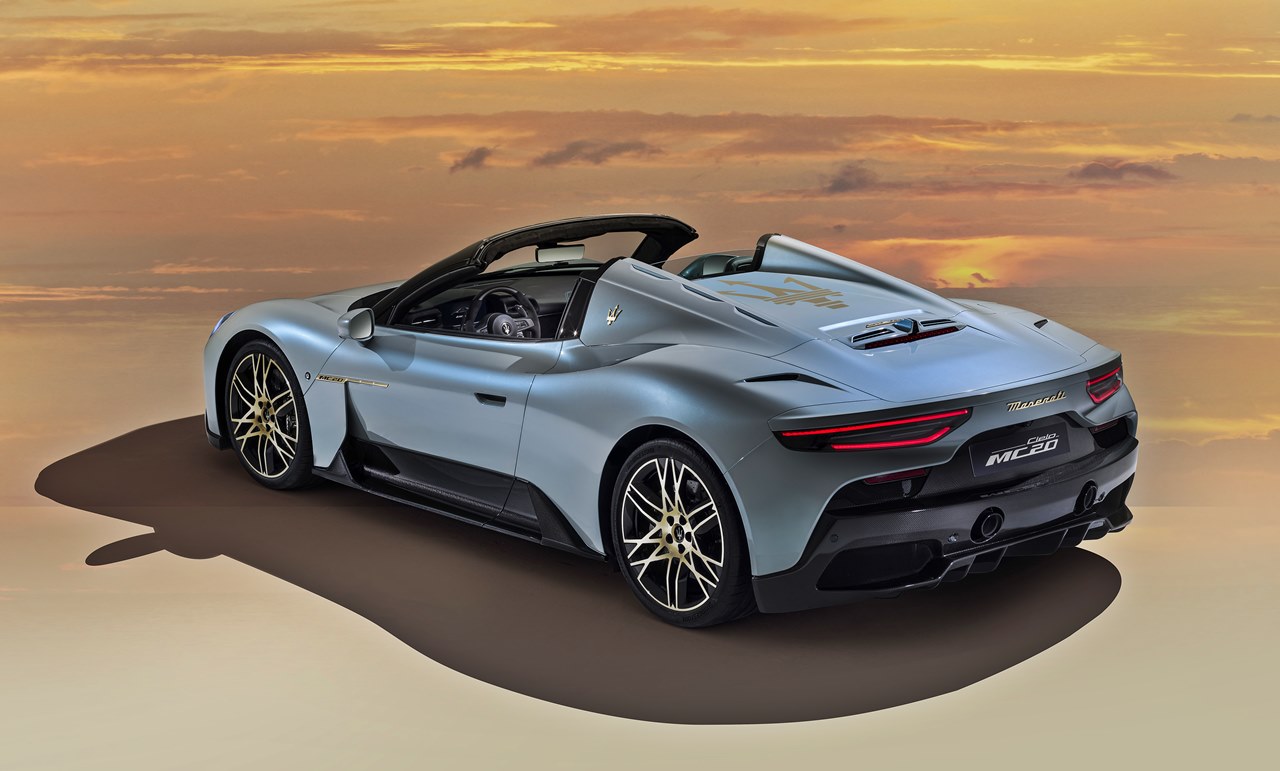 To make the connection between the spyder’s elegance and sporty soul even more exclusive, customers can choose the PrimaSerie Launch Edition. This is a limited series with exclusive features such as the Acquamarina bodywork, ice-coloured interior and even a few golden details.

David Beckham creates a Maserati MC20 that is truly his own