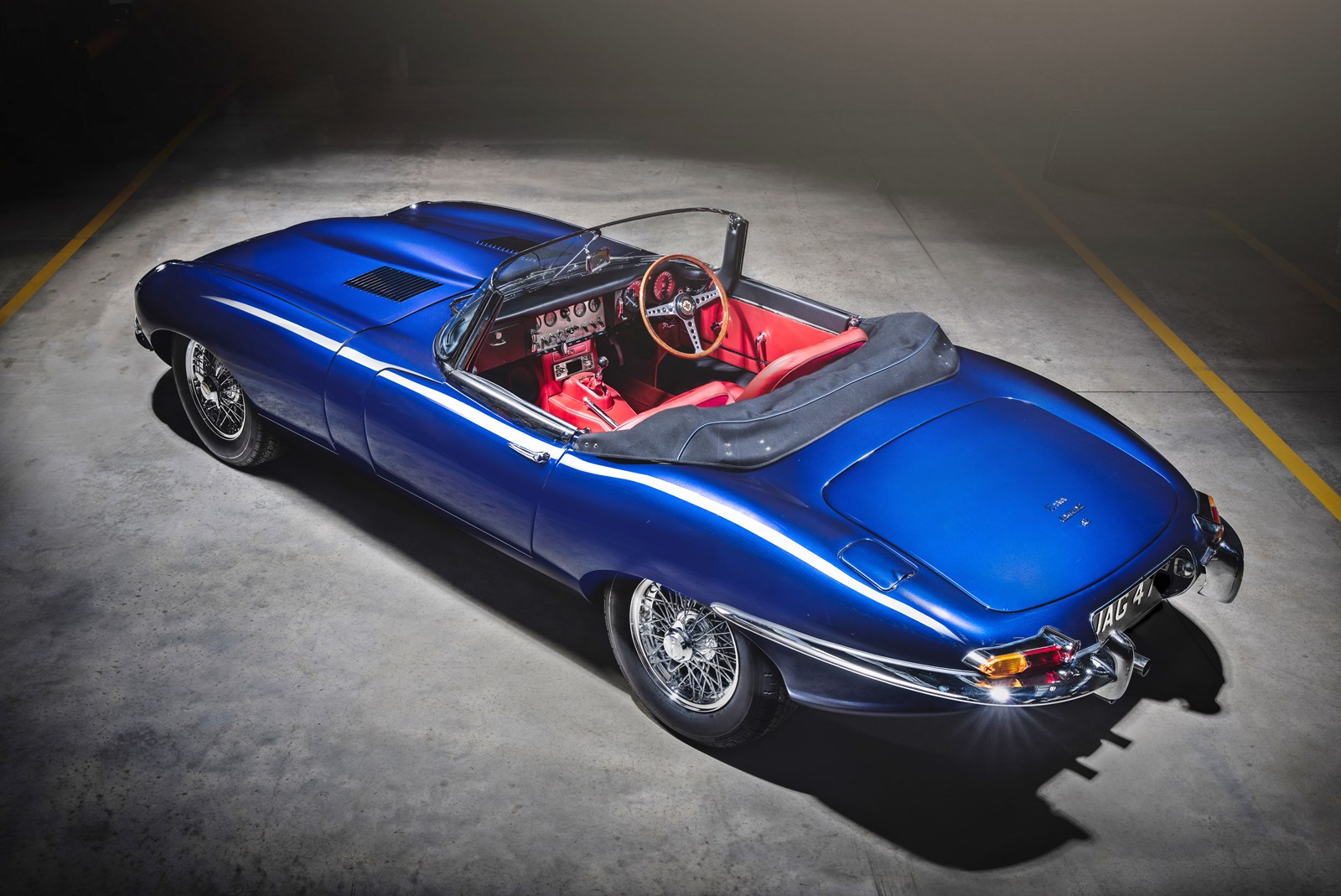 The unique E-type, which made its debut alongside a selection of historically important Jaguar E-types, was commissioned by a customer who had specific requirements. He wanted a Roadster manufactured in the year he was born and finished to a bespoke specification. 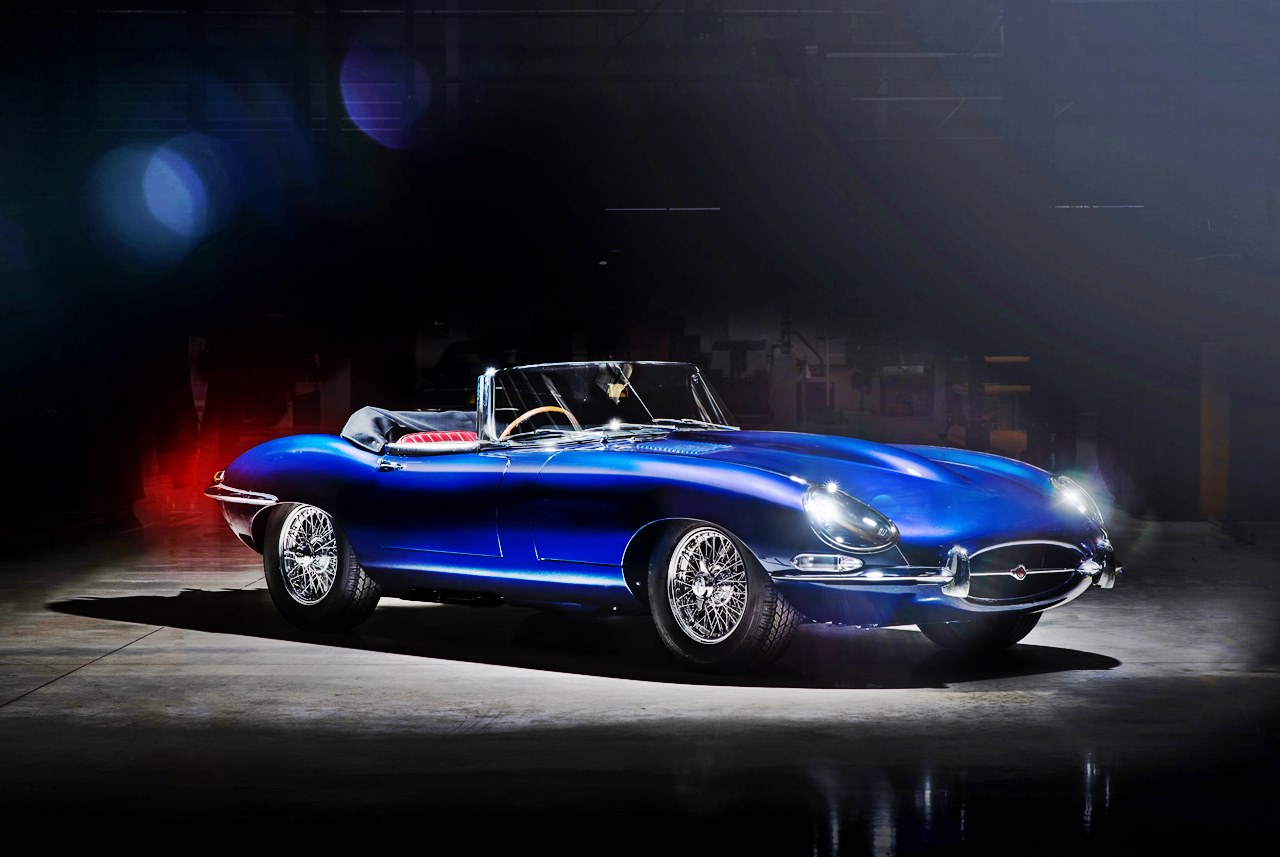 The team at Jaguar Classic set to work and tracked down a Series 1 E-type that was built just 2 days after the customer’s date of birth. Over the following 12 months, the car underwent a complete rebuild, beginning with the bodywork. Finished in a unique deep metallic blue inspired by the blue of the Union Jack, the new colour was exclusively mixed by the paintshop following numerous consultations and sample creations to craft the perfect hue over several months.

With the body assembly and paintwork complete, the engineering team went to work refitting mechanical elements – including many enhancements. The original 4.2-litre straight-six was replaced by a larger 4.7-litre engine, delivering better performance. It is optimised for road driving and married to Jaguar Classic’s specially developed 5-speed gearbox, giving a smoother, quieter and more refined driving experience.

The uprated suspension ensures the 57-year old chassis can exploit the performance provided by its powertrain, while wider wheels, tyres, and uprated brakes deliver the grip necessary for safe driving at high speeds. A sports exhaust and manifold ensure the E-type’s soundtrack suits its dynamic character. 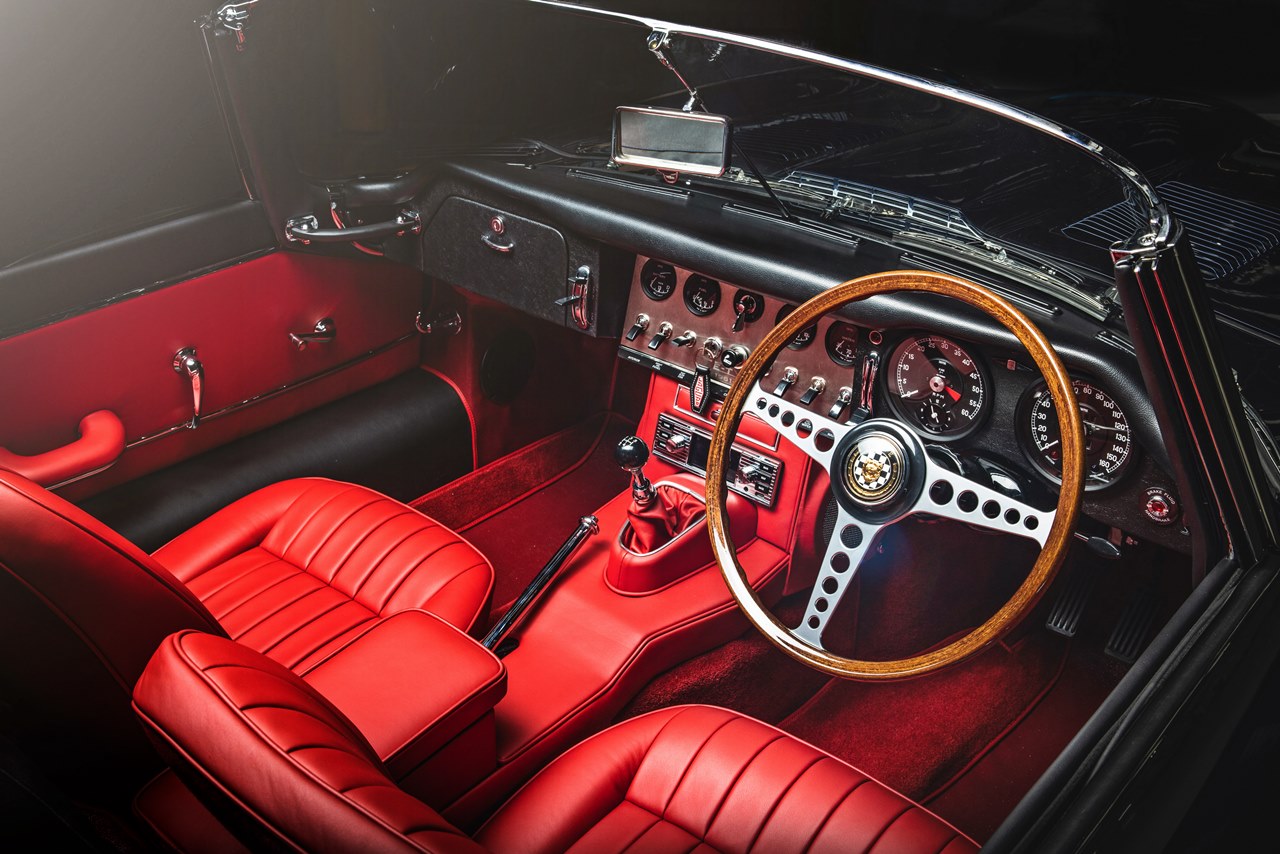 Modern technologies include 21st century connectivity provided by the Classic Infotainment system – combining touchscreen controls, satellite navigation and Bluetooth with a period-look that is perfectly in-keeping with the rest of the vehicle. Powerful exterior LED lighting also brings illumination up to modern standards. 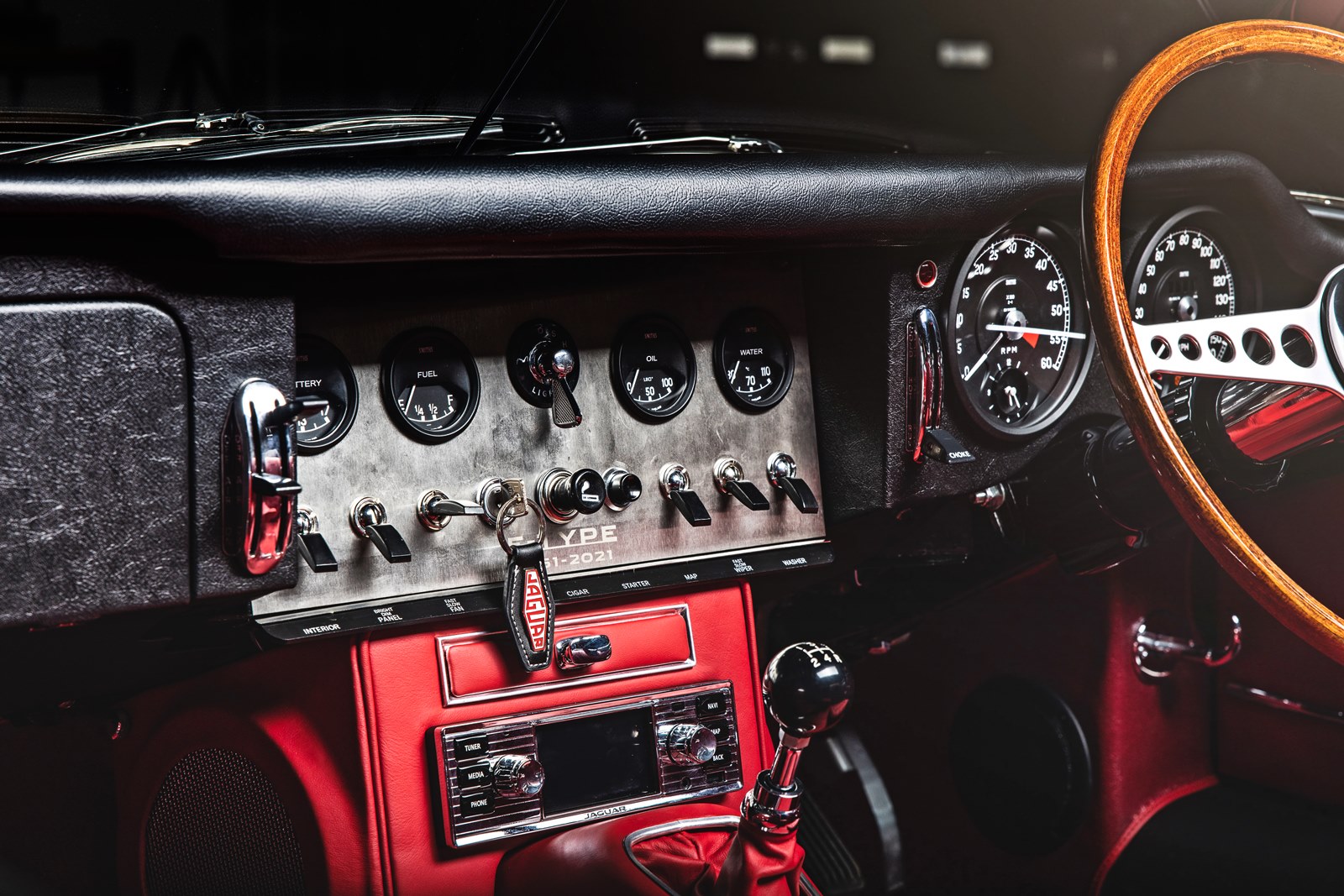 Whilst most of the project has bespoke items, certain elements are also available for other E-type owners to purchase and benefit from. These include Jaguar Classic’s specially developed 5-speed gearbox and their Classic Infotainment system. The gearbox was originally unveiled on the E-type 60 Collection. Not only does it give the E-type added usability and comfort, but its installation requires no cutting, and therefore no loss of integrity to the vehicle. 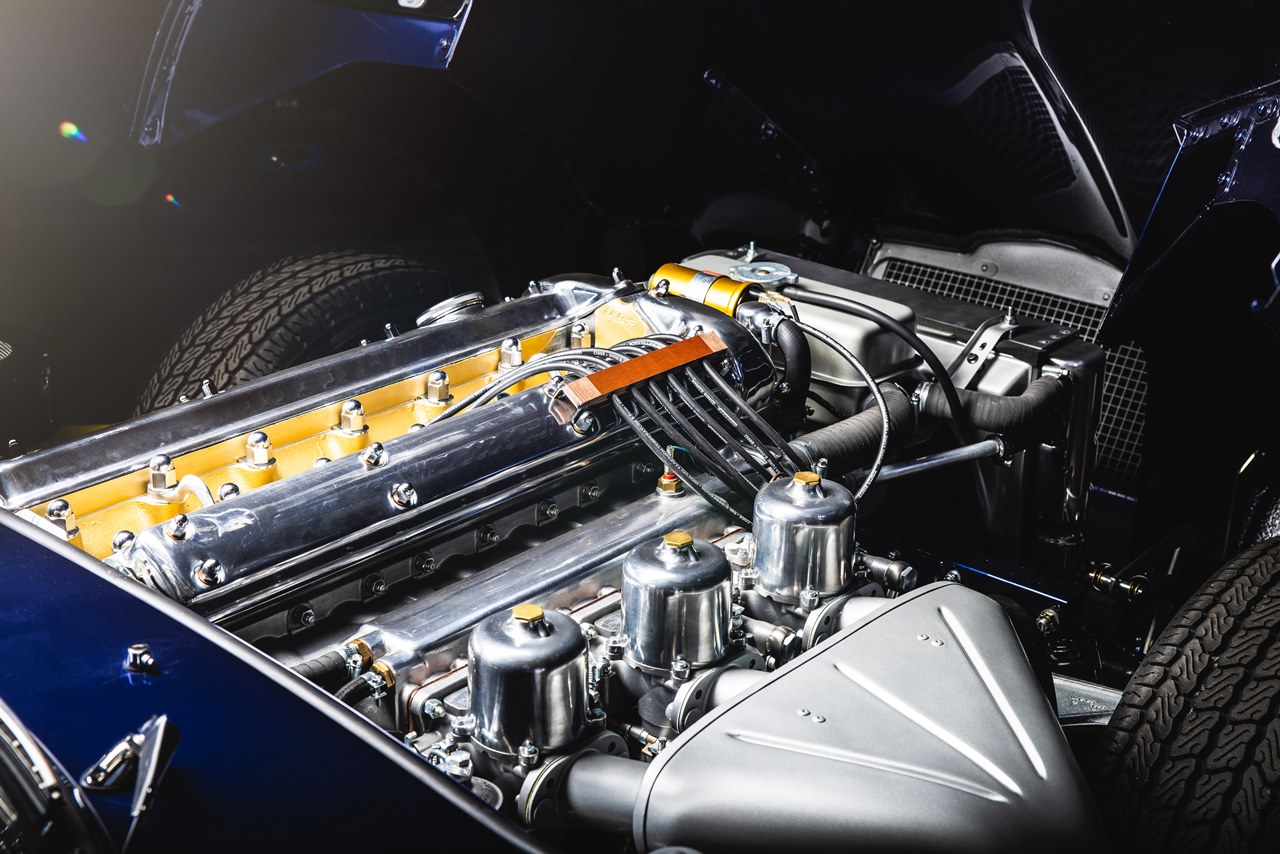 Jaguar Classic specialises in restoration work, bringing old models to their original specification. It has the advantage of being in close contact with the factory and having access to old documents that can help in its work for clients. This bespoke example showcases the full breadth of personalisation available.

Besides the Reborn restorations for both Jaguar and Land Rover, Jaguar Classic has also been building the exclusive New Original continuation cars such as the Jaguar Lightweight E-type, XKSS, D-type, and C-type.