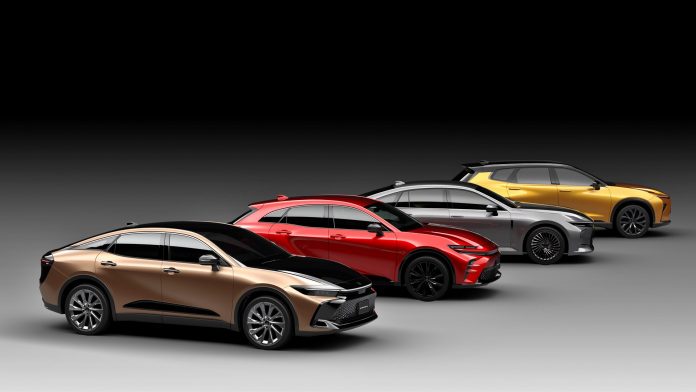 The Crown is one of Toyota’s oldest models, having made its initial debut in 1955 as the company’s first mass produced passenger vehicle. It has remained in the line-up to this day, elevating to flagship status during the 67 years. However, times have changed and Toyota feels the Crown has become unable to fully meet the diversifying needs of its customers, and its role as a flagship model has also become less significant. 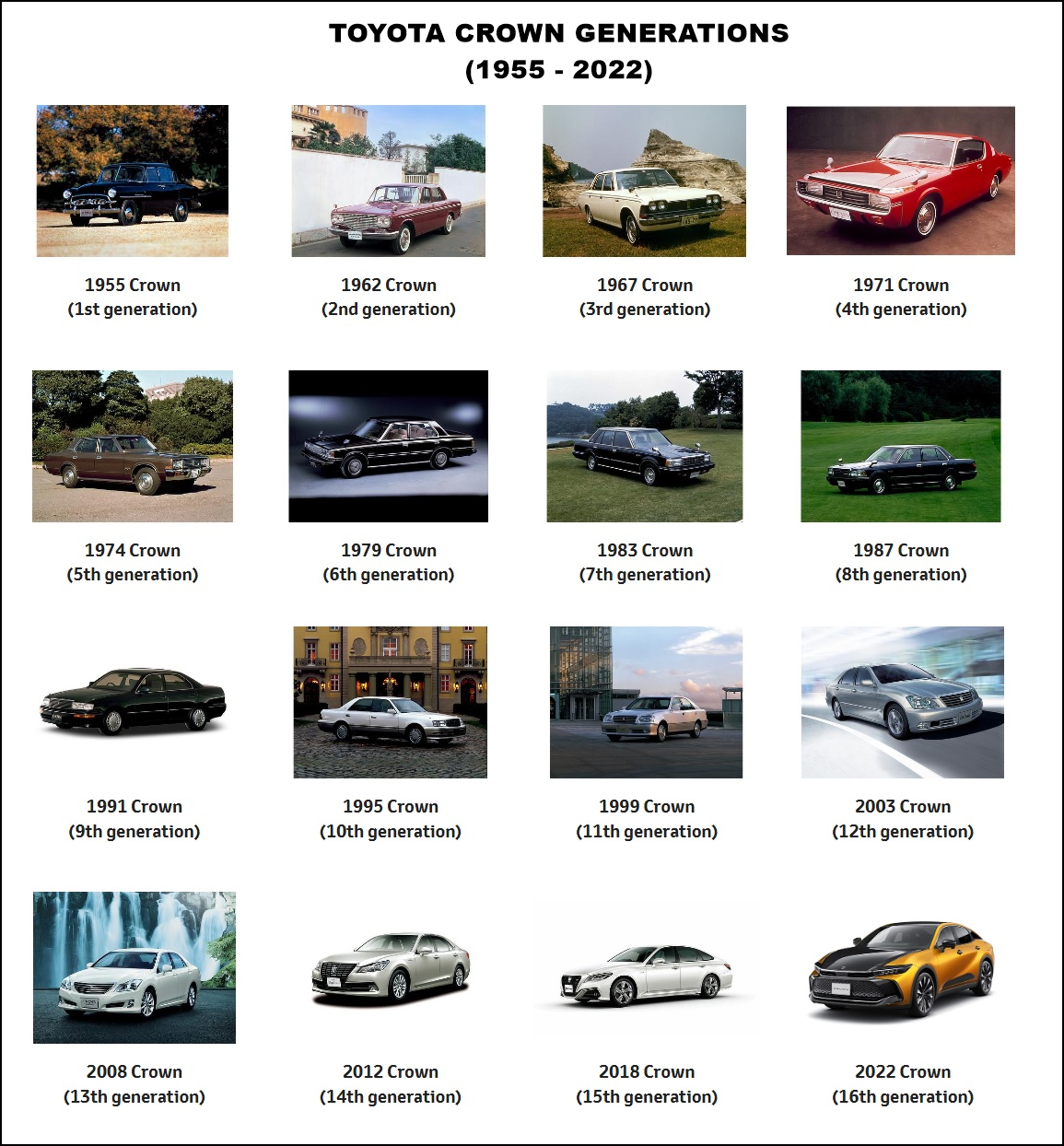 This has led to a complete rethink for the new generation which sees 4 different models that will carry the nameplate. In addition to a new Crossover, there will be a Sport as a new addition. There will still be a Sedan, of course, and this will continue with a formal design (although the pictures show something very advanced), and a Stationwagon/Estate which is now more of a functional SUV. 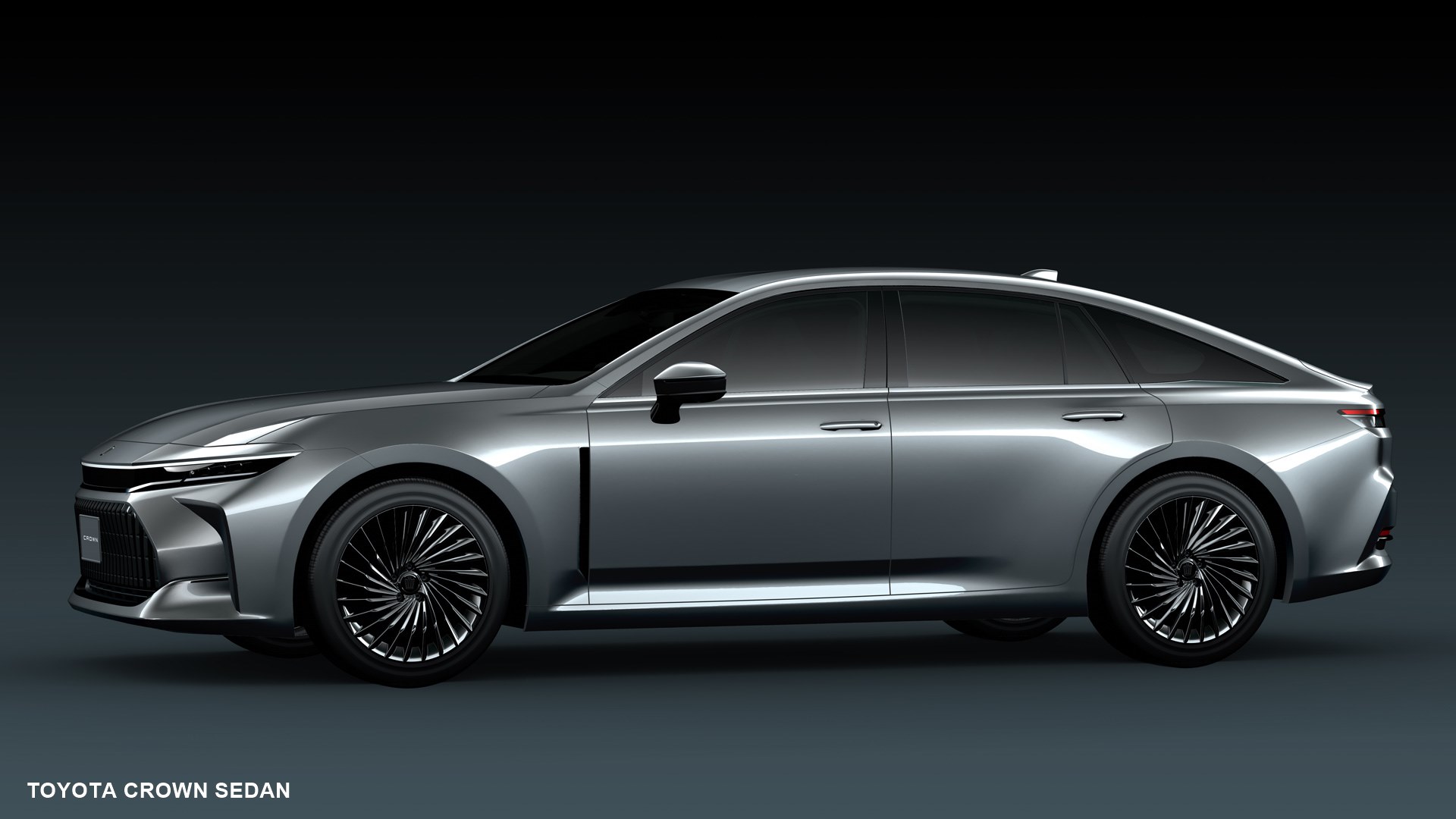 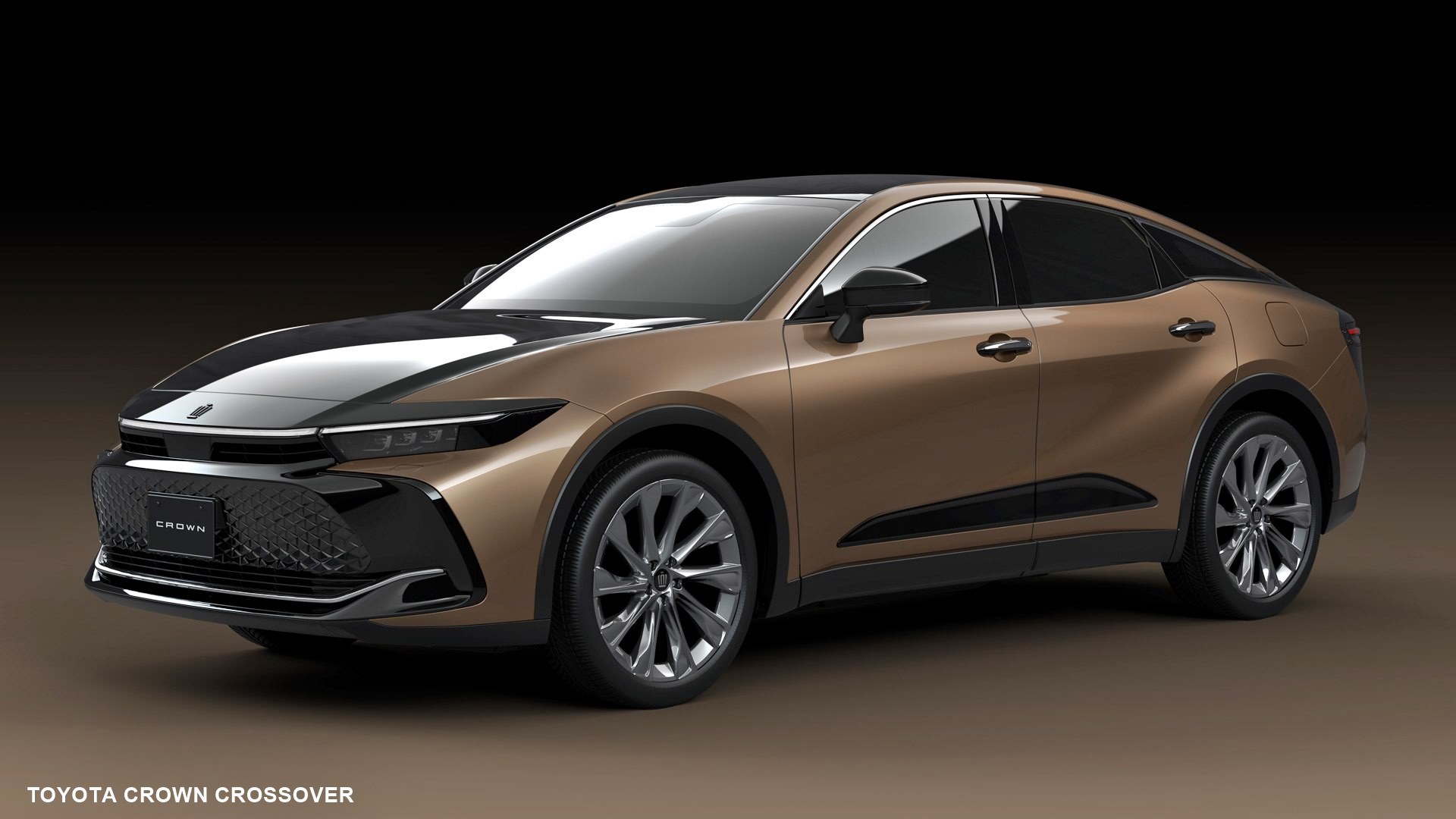 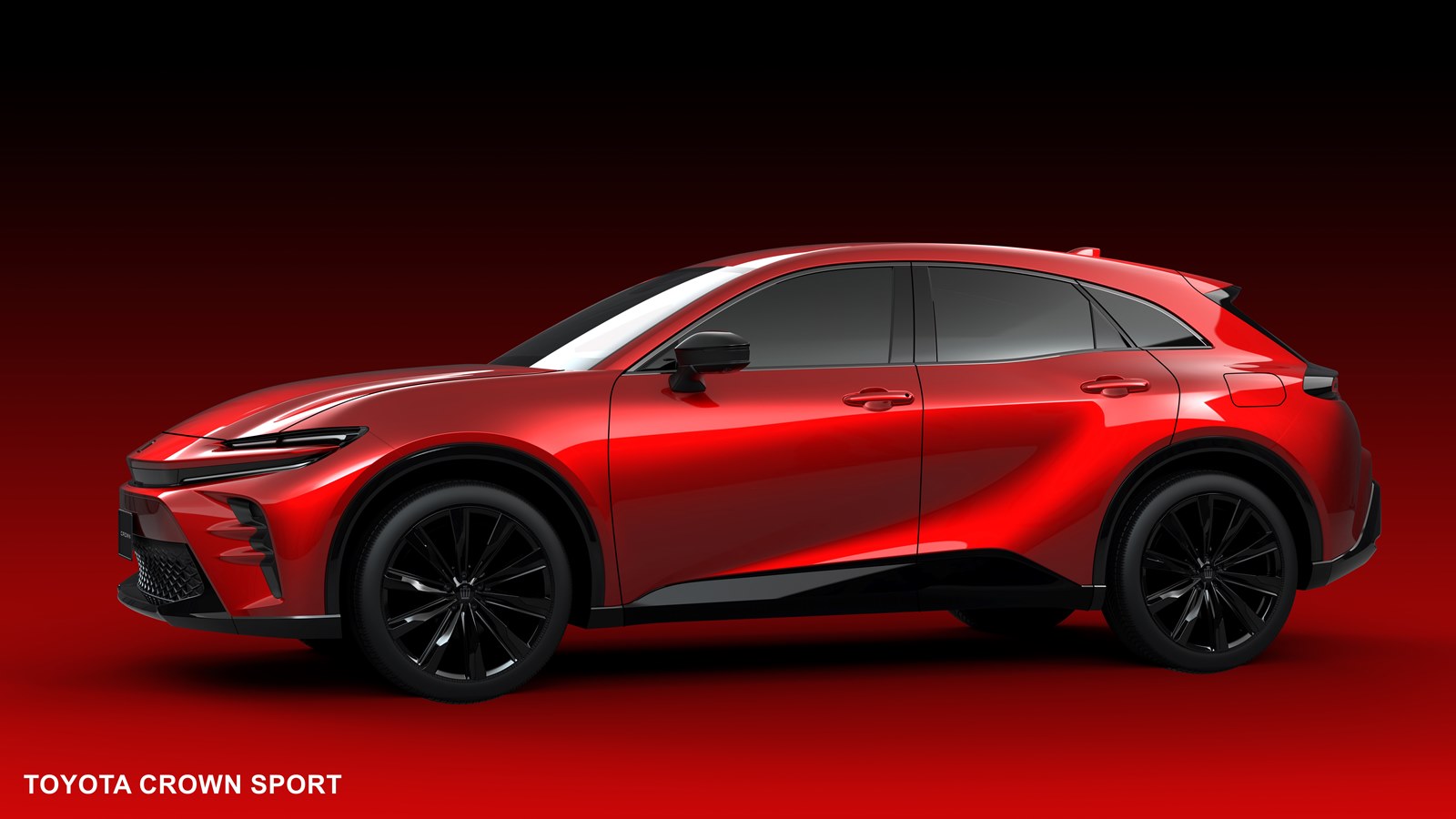 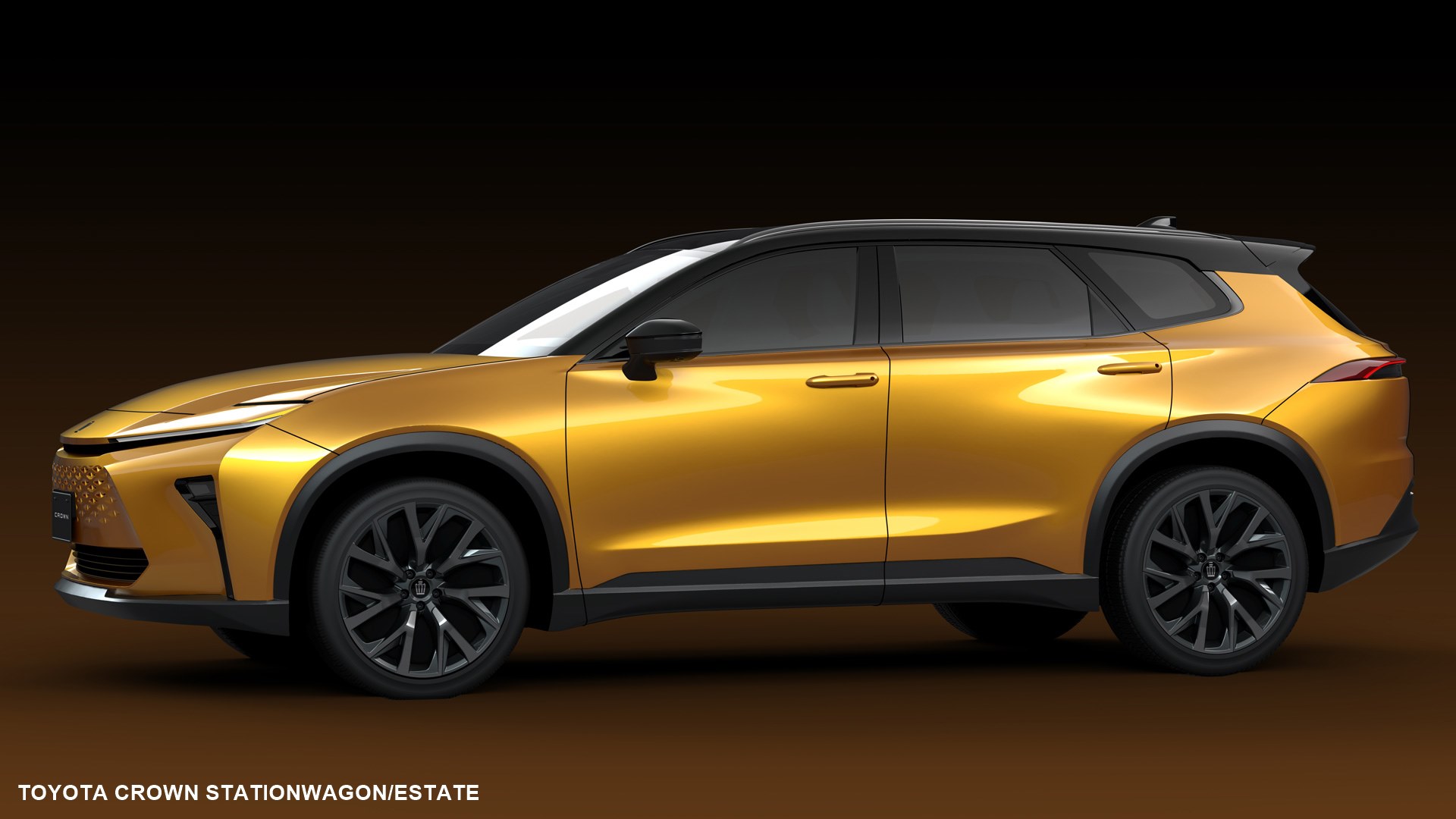 Due to the diverse range, Toyota won’t be launching all the versions together and, as a reflection of the current market preference, it will start with the Crossover. This model will go on sale from the fourth quarter of this year and will be offered in around 40 countries, Malaysia being a possibility. The eventual annual production is expected to reach 200,000 units.

Incidentally, the Crown was assembled in Malaysia at one time back in the early 1980s but large limousine-type Japanese cars were not favoured then so the model was discontinued. Times have changed, of course, and while the German brands still command the premium segment, Lexus has shown that the Japanese can also offer comparably premium products. So it’s likely that the new Crown will eventually appear in Malaysia as a complement to the Alphard. 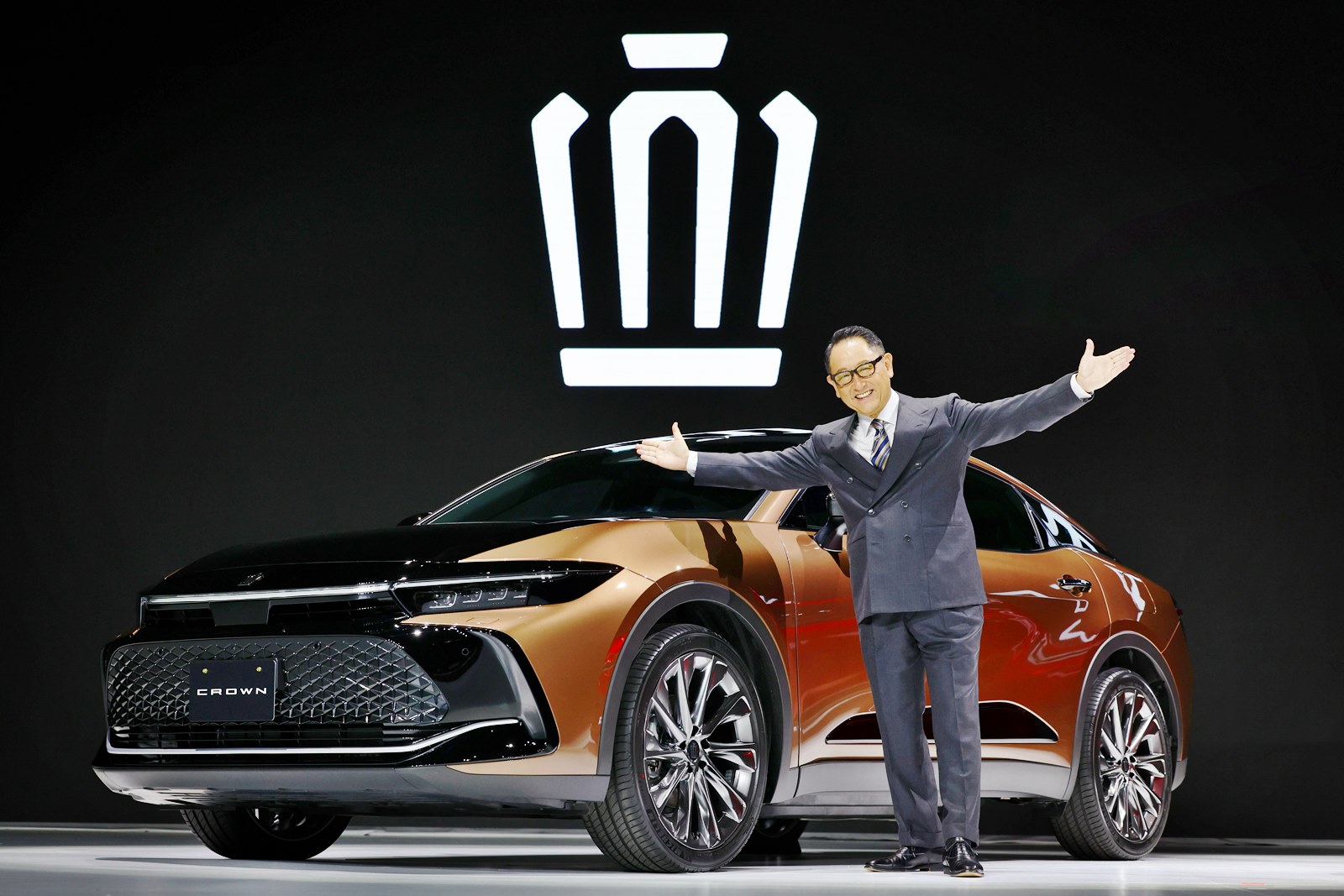 The Crown Crossover
At this time, Toyota is only providing details of the Crossover so that’s what we’ll look at. As the term suggests, the bodystyle is a ‘crossover’ from a sedan to a SUV (‘the fusing a sedan and an SUV’ as Toyota puts it) and is a popular approach these days. The design has a coupe-like silhouette for a sporty image, while the elevated body satisfies the SUV side. 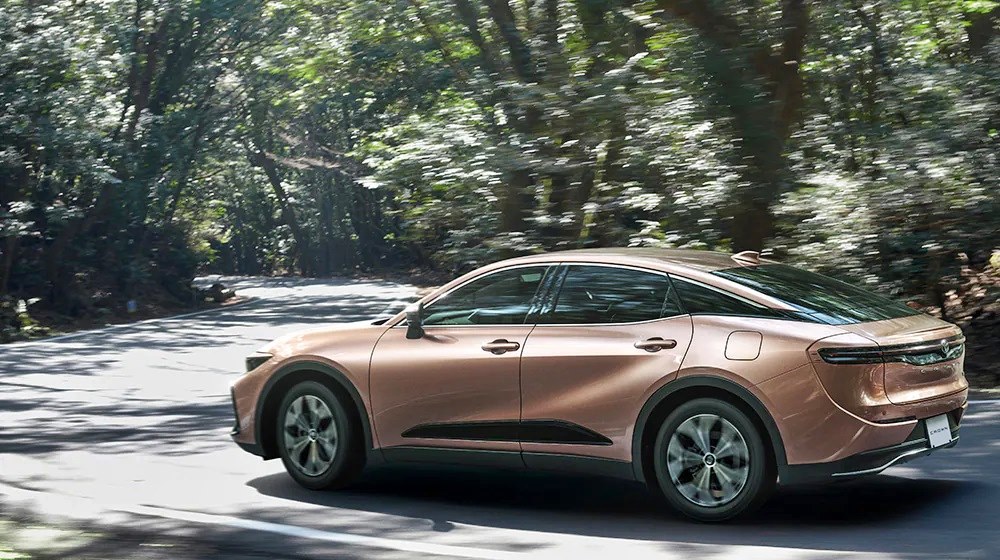 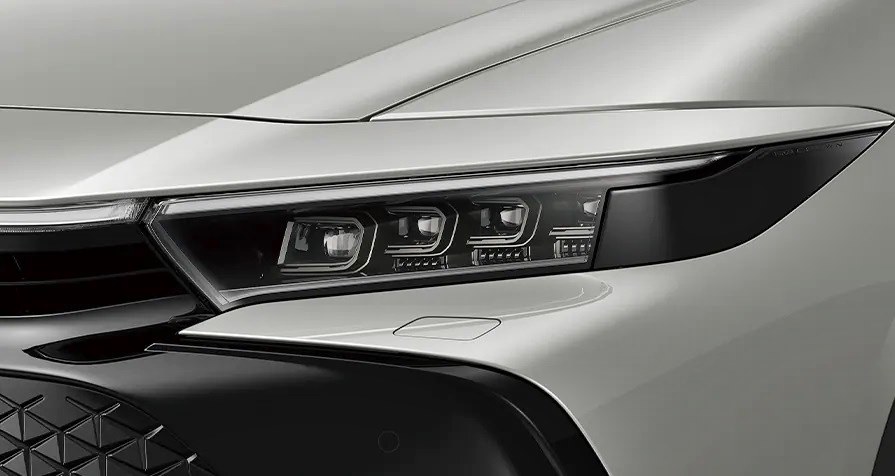 The lighting units at the front and rear connected from left to right in a single straight line, emphasising width visually. The side view shows surface variation without relying on character lines, creating a clean but sophisticated appearance. The overall length is 4930 mm, with a width of 1840 mm, on a wheelbase of 2850 mm. That’s larger than a Lexus RX and around the same length as a BMW X6. 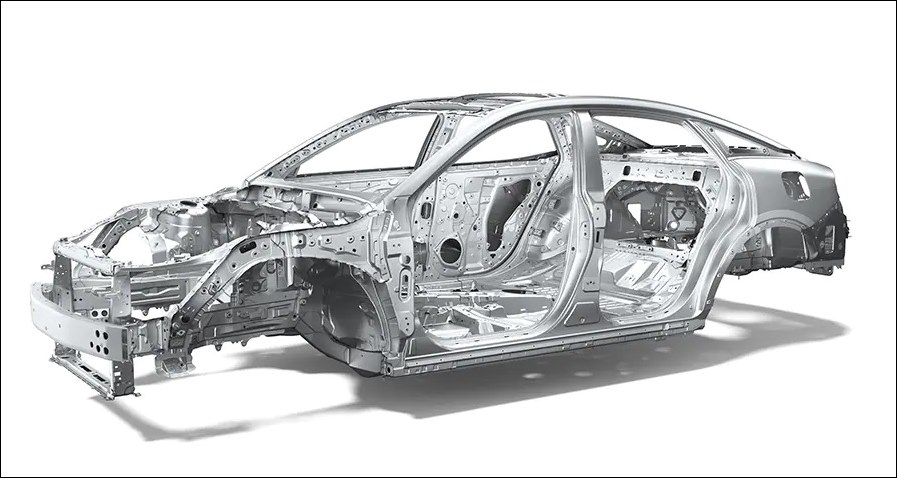 The new Crown also uses TNGA, the versatile platform with Toyota’s New Generation Architecture. This has been adapted for use (TNGA-K) in the new model and provides a lightweight and well-balanced body with high rigidity. As with all SUVs and crossovers, the hip point is high for ease of entry and exit which is prioritised. This has been helped by having large-diameter wheels that raise the floor level. Additional space is provided above the head and to the front and rear for a more comfortable cabin. 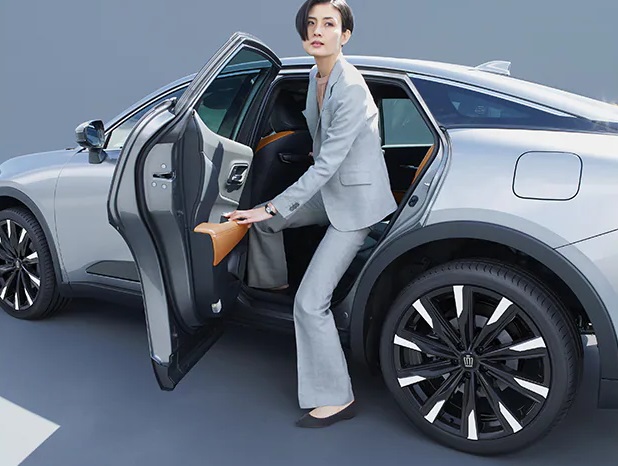 The 2-row interior is typically Toyota with a lot of attention to visual and physical comfort. Horizontally integrating the display and operating equipment creates a functional layout that can be operated intuitively from any seat. The wrap-around form from the instrument panel to the doors also gives a sense of security. 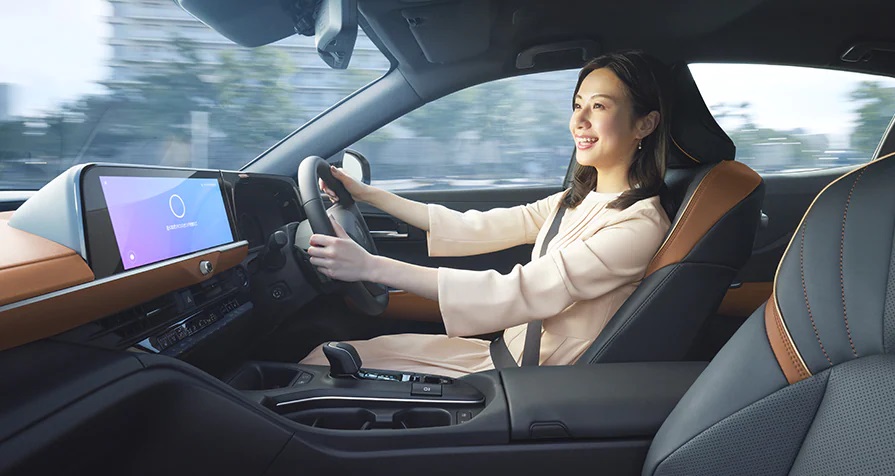 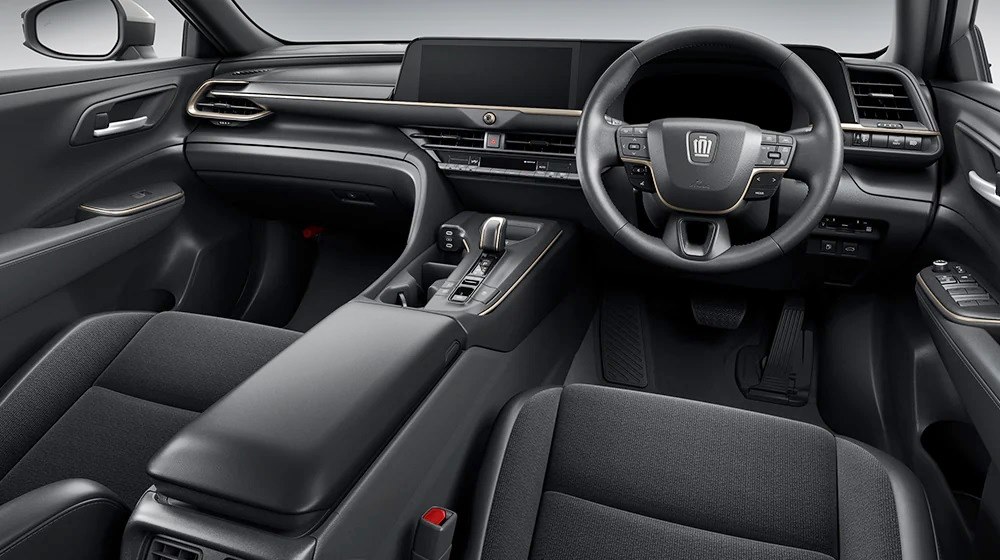 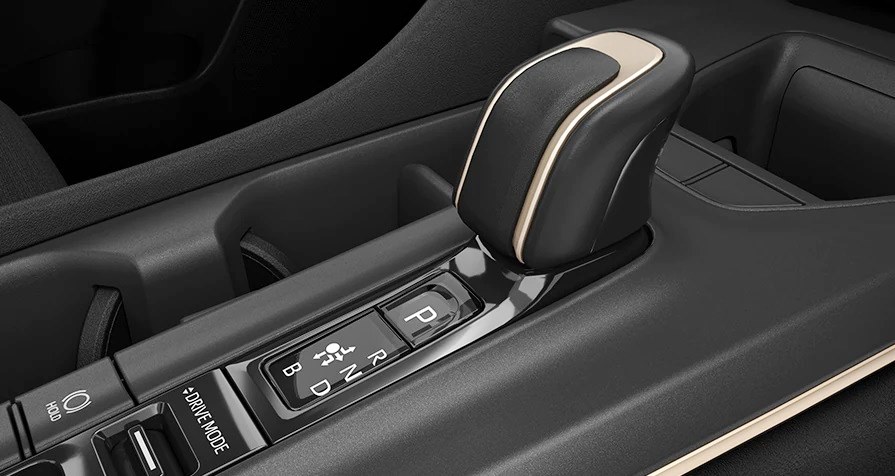 As befits a flagship model, much attention has been given to every interior element, with the use of an understated and welcoming material known as WARM STEEL. The finishing of the seats, designed to be ‘first class’, helps a space with a sense of quality and richness.

While other carmakers may use the opportunity to go fully electric, Toyota remains cautious in how it moves into the electric era and still strongly believes hybrid electric vehicle technology is a practical solution for now. Thus the new Crown will come with two hybrid powertrains – 2.5-litre Series Parallel Hybrid System and 2.4-litre Turbo Hybrid System. 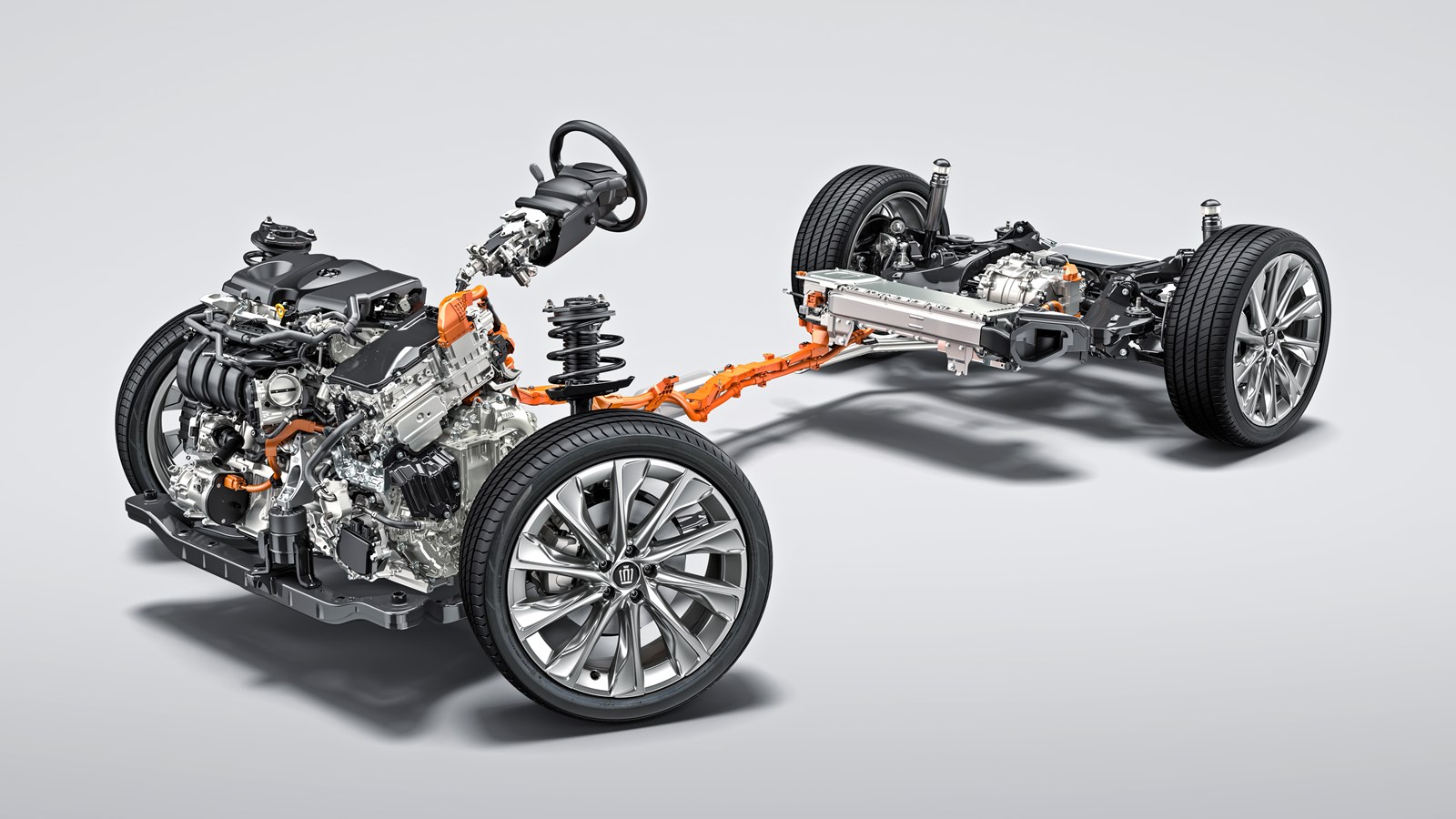 Electrical power will be supplied by a newly-developed bipolar nickel-hydrogen battery pack, a first for Toyota.

The Toyota Safety Sense suite is an upgraded one with advanced and improved functions. The range of situations it can respond to has been expanded even further, giving the driver more peace of mind to enjoy motoring. 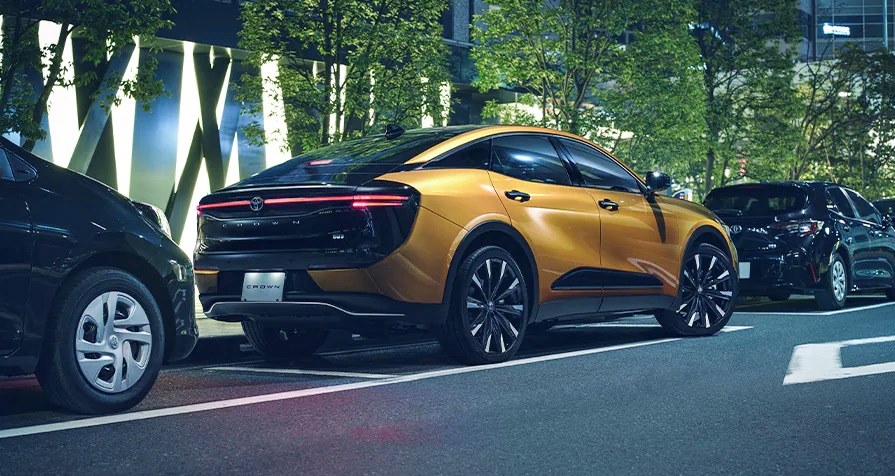 Also available will be Toyota Teammate, a suite of driver-assistance technologies. Advanced Drive support during traffic congestion), and Advanced Park. The latter can automatically park and exit  from a parking space in a variety of situations and can be operated remotely as well. 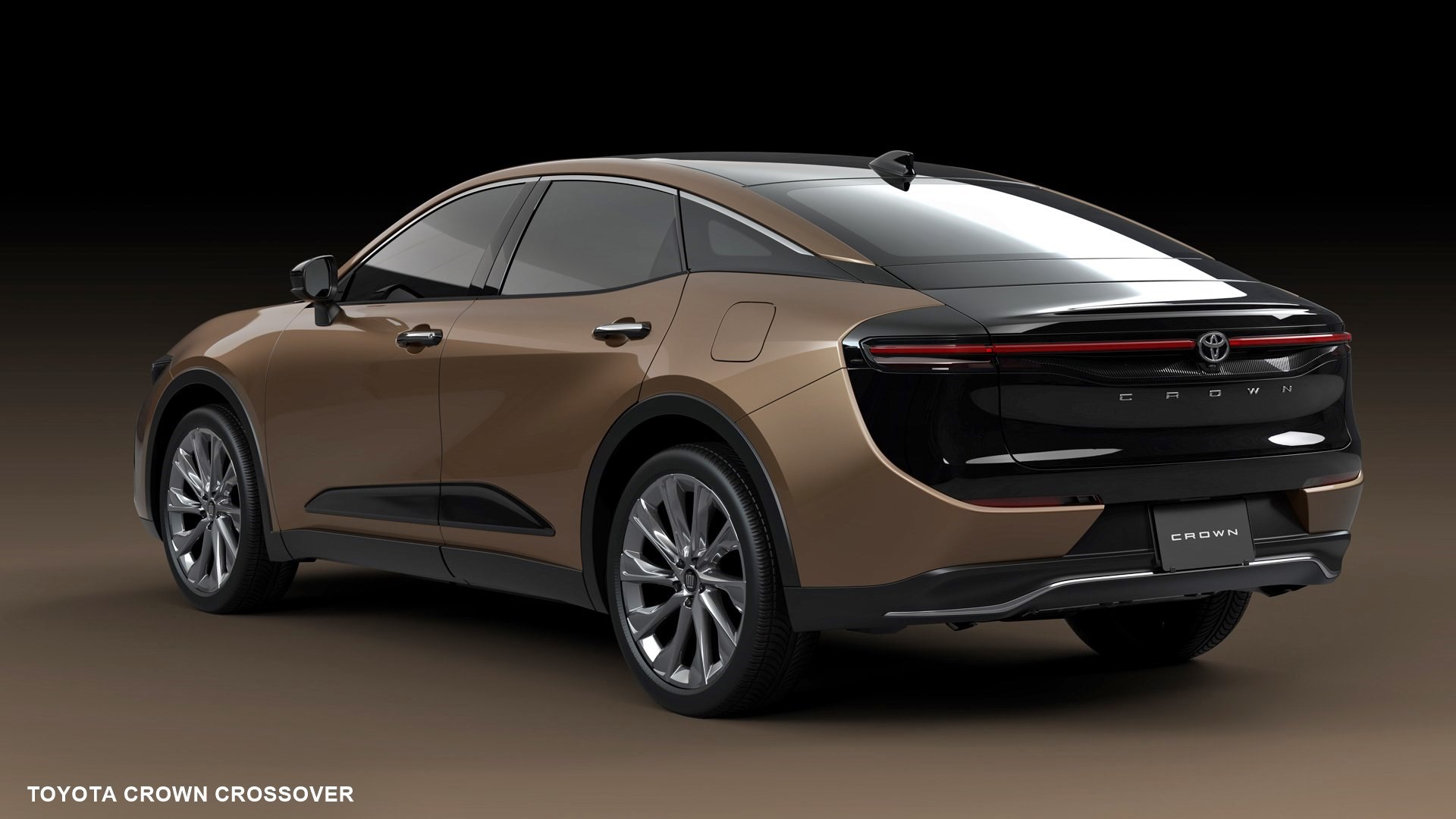 “The Crown has long served as the flagship of the Toyota brand. This flagship has represented Japanese success and pride, bringing together Japan’s world-class technology and skilled workforce. The new Crown is full of these underlying strengths,” said Toyota President, Akio Toyoda, at the presentation of the new model today.