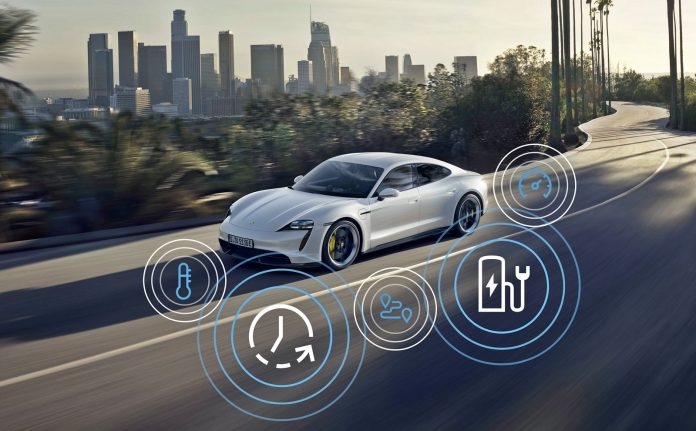 As the pace of automotive development speeds up, improvements to many areas of a car occur much faster than before. During the period of one generation of a model, there can be many technical changes which can enhance performance or efficiency. In the past, carmakers might wait for the next generation to incorporate these changes as they might involve changing hardware, which can be costly and time-consuming.

With modern cars having many more electronic systems, the process of updating doesn’t have to wait so long. New software can be loaded into the system ECUs and the car can be updated right away. That’s what Porsche will be doing with the more than 75,000 Taycan electric sportscars now in use around the world. And instead of incremental updates, it is making one comprehensive update that will make all those cars similar in software status to the 2023 model year. It’s just like the updates you get for your smartphone which sometimes introduce new or improved features.

Improvements in many areas
Depending on when their vehicle was delivered and the specific features, owners will benefit from an increase in powertrain efficiency as well as new functions and improvements in the Porsche Communication Management (PCM), Porsche Connect and assistance systems. The uPdate also includes the option of having additional functions and equipment unlocked after purchase (known as ‘function on demand’ or FoD), an approach now being market-tested by some carmakers.

“This campaign will allow our customers to benefit from the continuous further development of the Taycan. We have extensively optimized the model series in almost every respect since 2019,” said Kevin Giek, Vice-President Model Line Taycan, during a media briefing online two days ago. “New functions have been added and others have been revised or tweaked to further enhance the customer experience.” 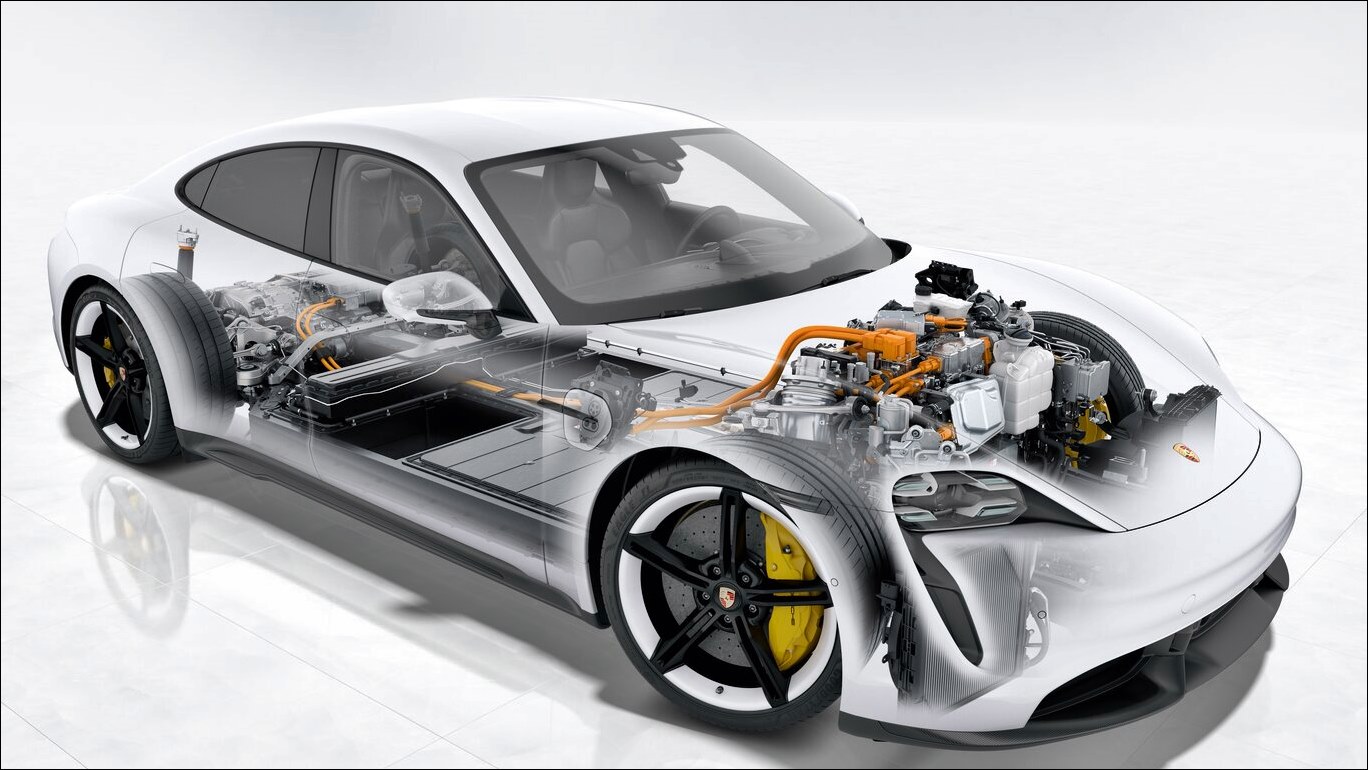 The uPdate is free for owners but they have to bring their Taycan to an authorized Porsche service centre. It’s probably too extensive for an over-the-air (OTA) update which would not require the visit, but Mr. Giek said that this uPdate will enhance the OTA capability of all Taycan models. Presumably, that means that later updates can be broadcast to owners so they don’t need to go to the service centre.

The precise scope of the uPdate, and the duration of the service centre visit, will depend on the model year. Since the car was launched in 2019, many improvements have been made and for the older cars, more software may need to be updated. 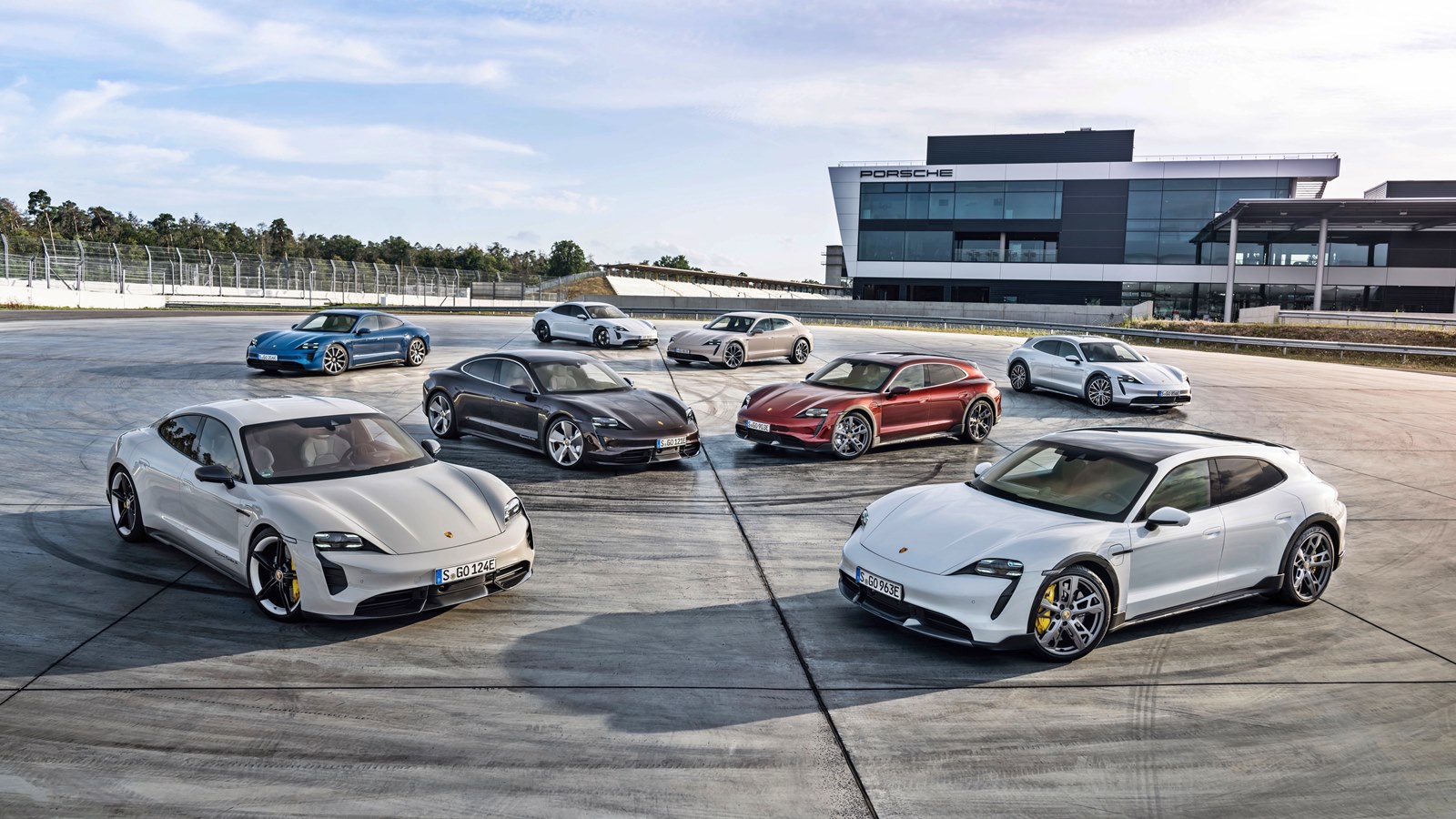 Main uPdates at a glance
Powertrain: While in the ‘Normal’ and ‘Range’ driving modes in all-wheel drive models, during partial load operation, the front electric motor is almost completely disconnected and de-energised. While coasting and at a standstill, both axles are free of drive torque. The electric freewheel reduces frictional drag losses which can increase the range.

The all-wheel drive indicator is now shown as an energy-flow indicator in the central display. This makes the current operating status of the drives easier to see. The energy recuperation strategy has also been optimized. The automatic recuperation setting is retained even when the driver changes the driving programme. 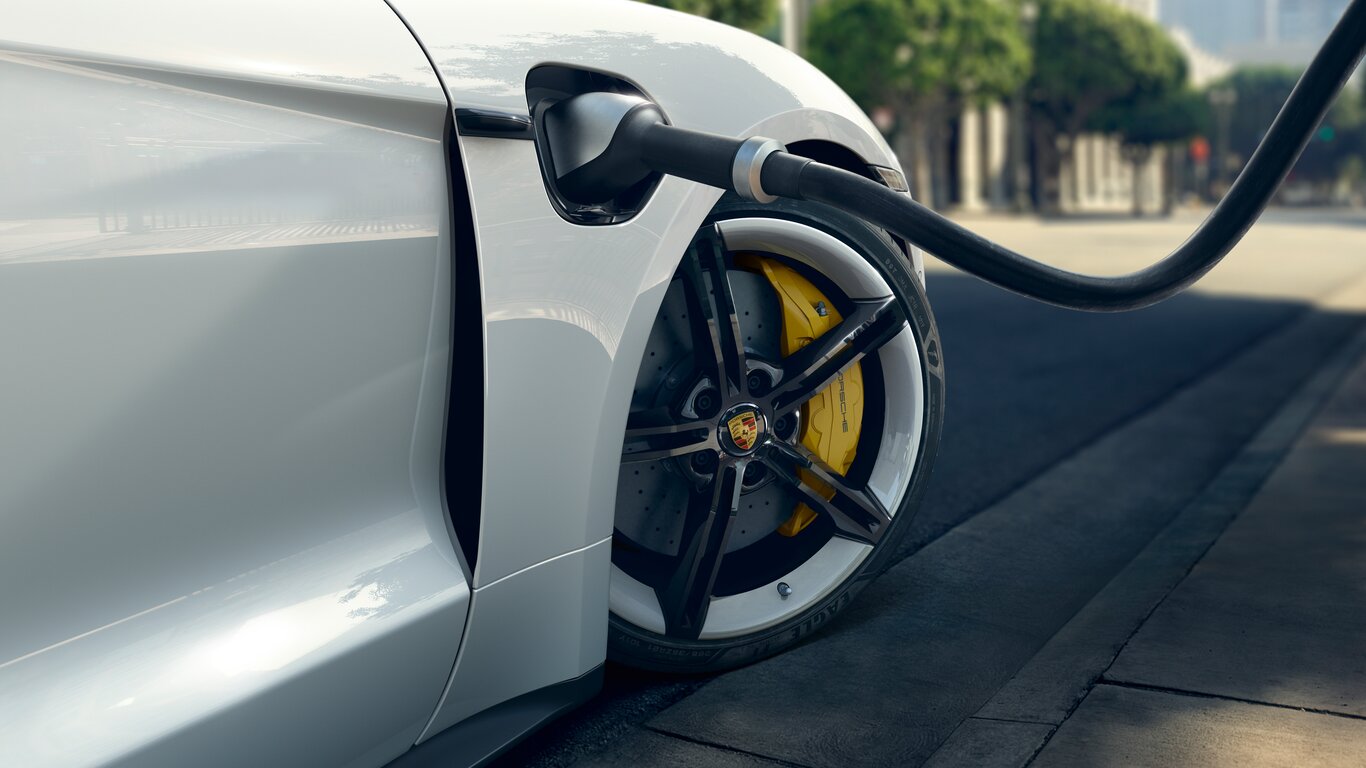 Thermal management: The battery packs are sensitive to temperatures and operate at their best within a certain temperature range. The new software will enable better conditioning of the battery pack, especially at low outside temperatures. This will enable the Taycan to be rapidly charged more frequently overall and over a wider range of battery charge levels. The waste heat from the electrical components is used even more than before for this conditioning. For those Taycans of the 2020 and 2021 model years, the improvement will be in greater range and shorter charging times.

Porsche Communication Management (PCM) and Porsche Connect: These systems get new functions, a colourful tile design on the start screen, and even greater ease of use. For the 2020/2021 models and up to mid-February 2022 production, the uPdate optimizes the voice control and integrates the Spotify app. Android Auto is also available wirelessly. 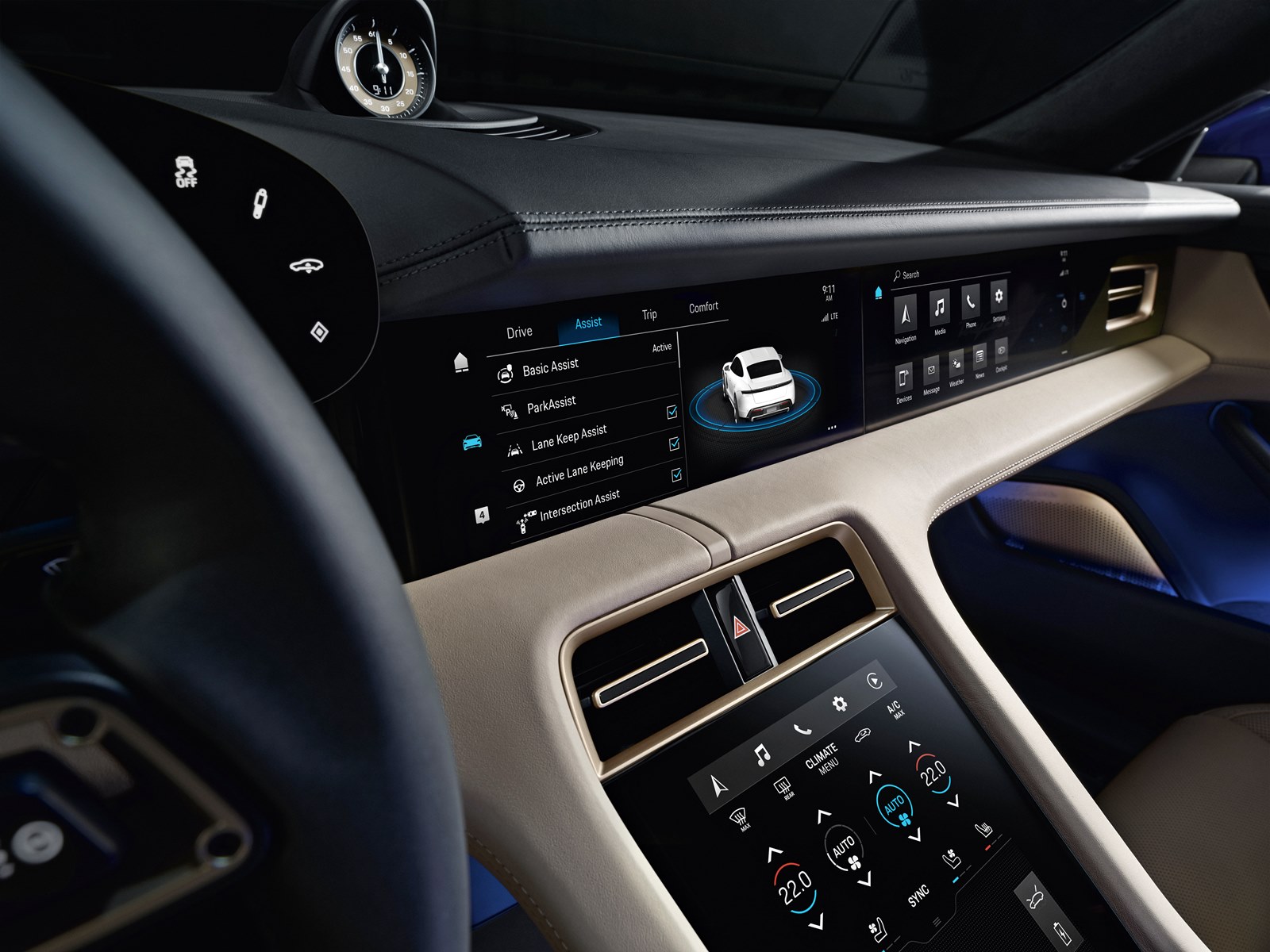 Charging stations can be filtered and selected in the navigation system based on charging capacity. Drivers of 2021 Taycan with a head-up display will also have an optimized view of the navigation map, among other elements. The display contents have been expanded, presenting additional information. For all Taycan models prior to the 2023 model year, the on-board operating instructions can now also be used via voice control. 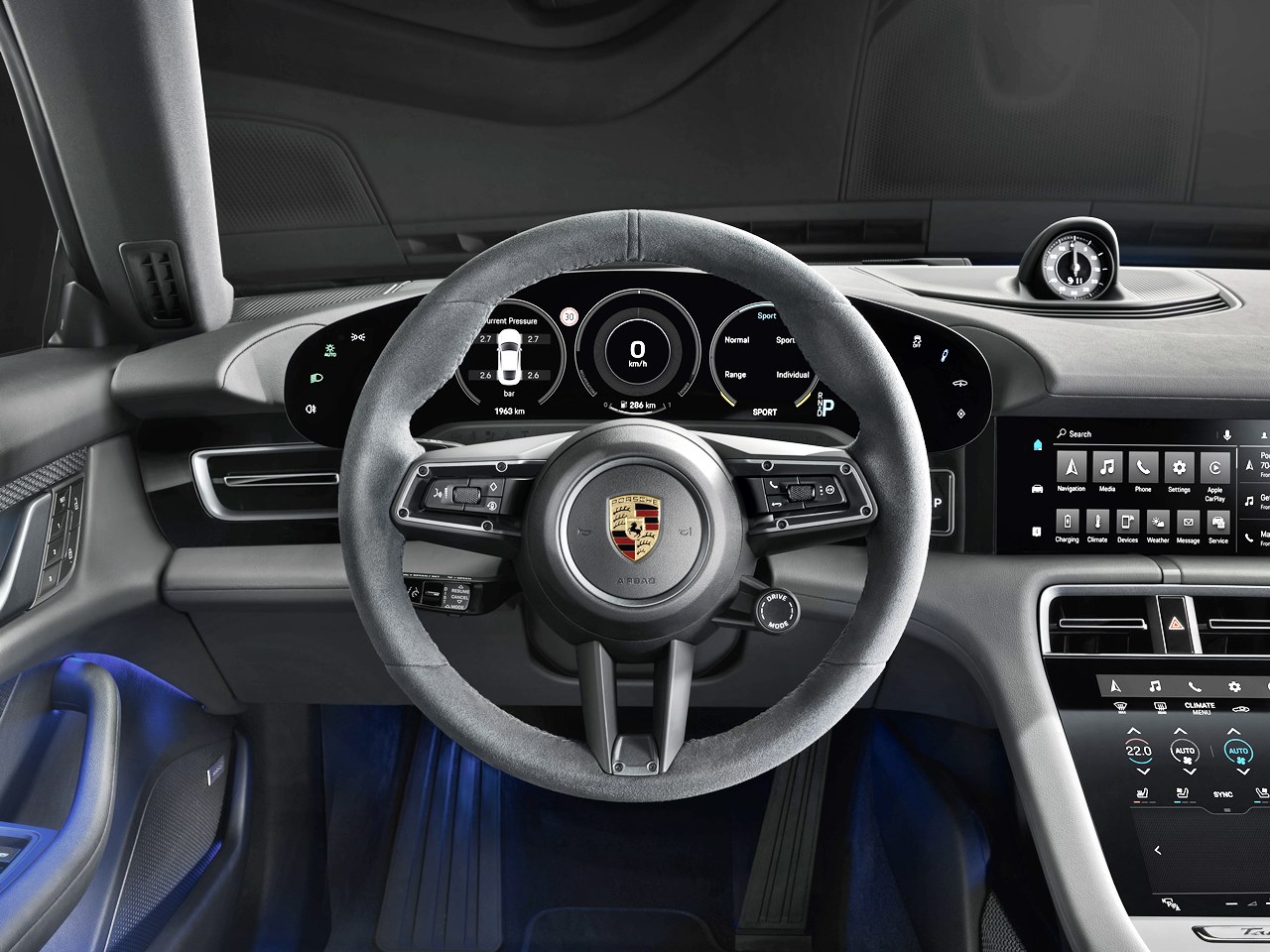 Assistance systems: The uPdate will adjust some systems to support the driver in even more situations. For example, the sensors of the ParkAssist function will work with a greater range. The search for available parking spaces has been improved as well, so that even smaller spaces are offered to the driver as an option.

Onboard charger retrofit
The 22 kW onboard charger has now become available for retrofitting as an extra-cost offering. With up to 22 kW of charging capacity, the more powerful variant charges the battery significantly faster. In Europe and North America, the retrofit also includes activation of the Plug & Charge function. This enables convenient charging and payment without a card or app. As soon as the charging cable is plugged in, the Taycan establishes encrypted communication with the Plug & Charge-compatible charging station. The charging and payment processes then start automatically.

“An exercise as big and comprehensive as this one has never been done before for any of our combustion engine models. Following this uPdate, anyone driving a Taycan from early in the car’s production run will be pleasantly surprised by how much has developed on the vehicle side since then,” said Mr. Giek, adding that, internally, Porsche refers to this as the ‘uPdate’ (with a capital ‘P’) because the 2023 model year, which started in July 2022, bears the letter ‘P’.

Porsche Taycan Driven by Karamjit Singh – Behind The Scenes Story