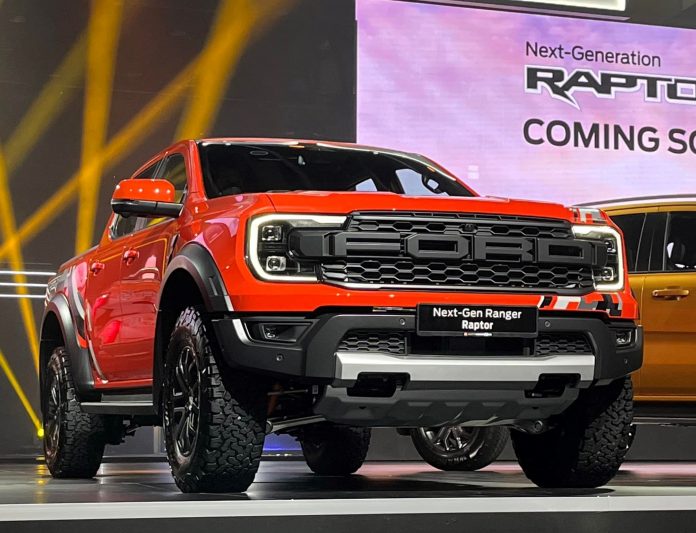 The next-generation Ford Ranger has arrived in Malaysia and also joining the range before the end of the year will be the new Ranger Raptor. Developed by Ford Performance, the Ranger Raptor has proven to be the ultimate Ranger which blends raw power with mechanical and technical precision to create the most advanced Ranger ever.

The big news for performance fans is the introduction of a new twin-turbo 3.0-litre EcoBoost V6 producing up to 392 ps at 5,650rpm and 583 Nm at 3,500rpm tuned by Ford Performance. However, the 2.0-litre Bi-Turbo diesel 4-cylinder engine will also be available in markets where a smaller displacement is more practical. Malaysia would be one of them. 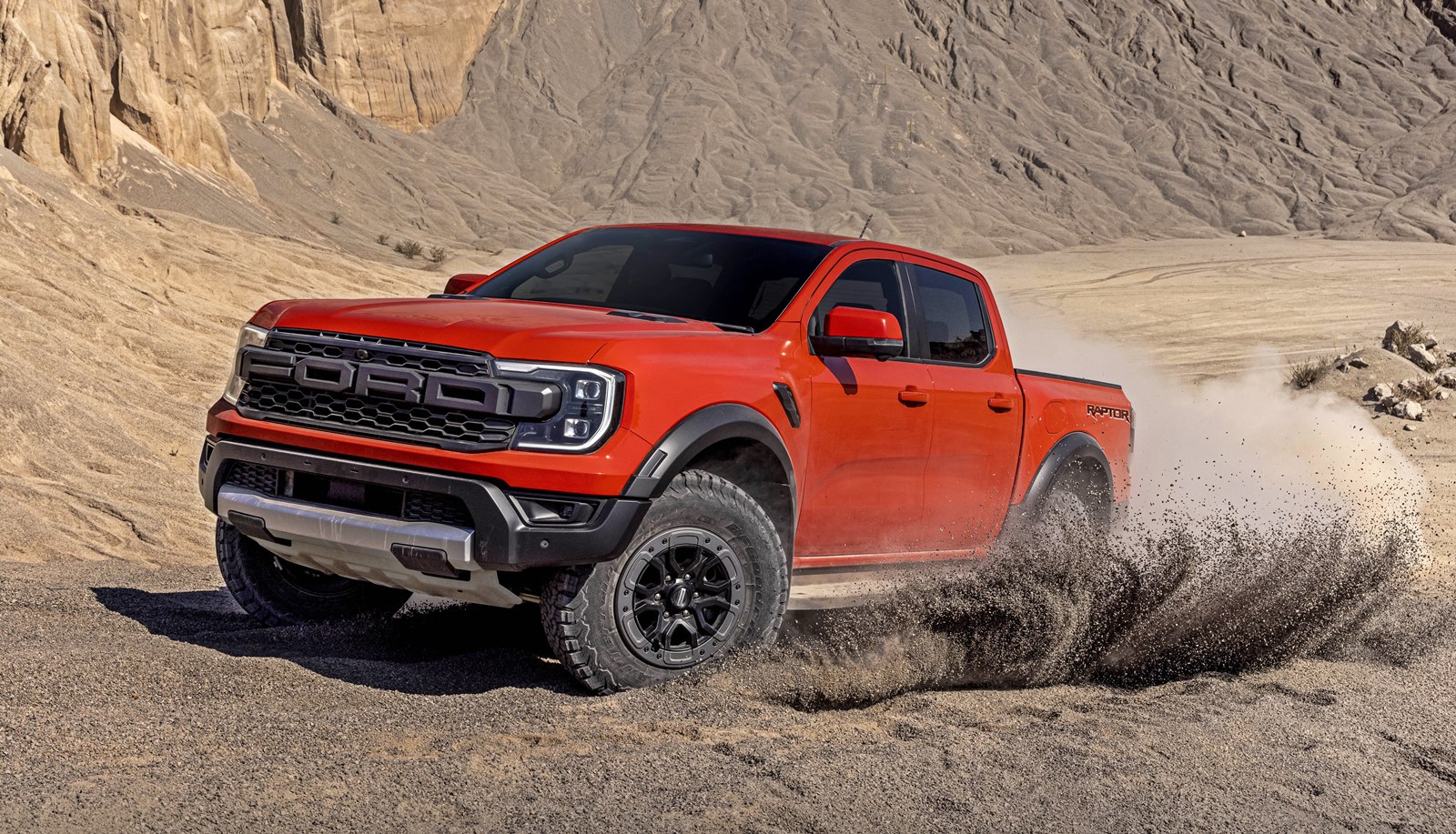 The 2-litre Bi-turbo engine with high-pressure Commonrail Direct Injection is already a familiar powerplant as it is used in the latest Ranger Wildtrak. With two turbochargers, the engine (for the Raptor) pushes out 213 ps, with a massive 500 NM of torque. 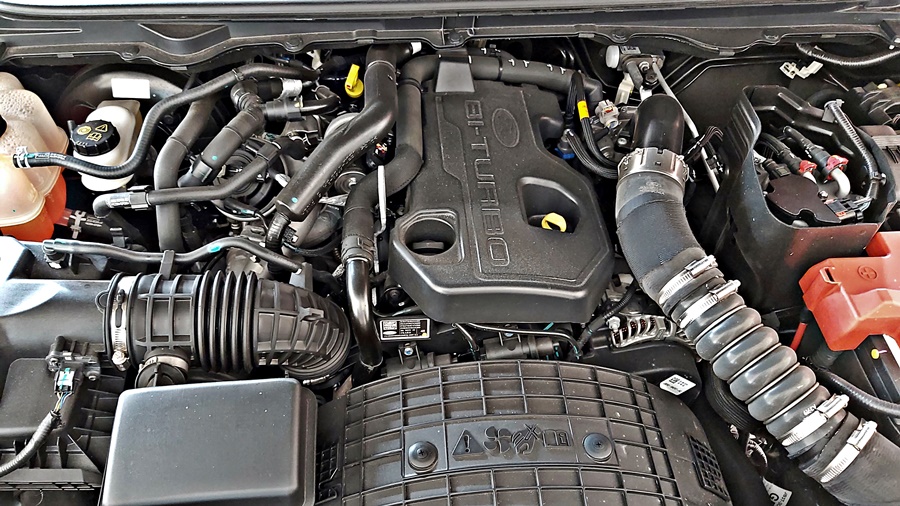 All that power and torque flows through Ford’s own 10-speed automatic transmission which has been specially calibrated to work perfectly with the turbocharged engine. Not only is power delivery smooth but gear changes are also quick and precise with advanced programming to ensure the right gear for every situation. 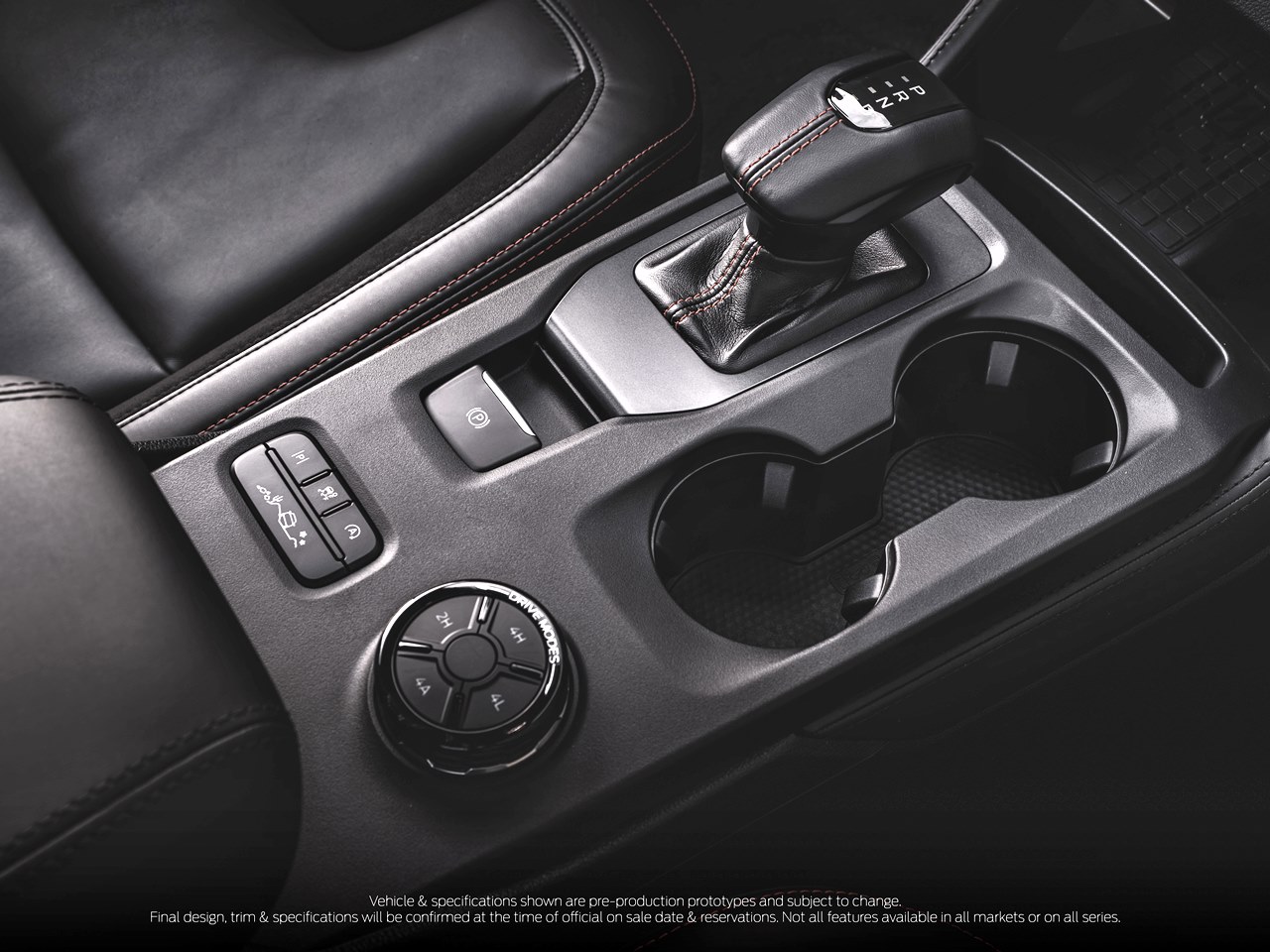 With an electronically-controlled active exhaust system that amplifies the engine note in 4  selectable drive modes (Quiet, Normal, Sport and Baja), the Raptor’s vocal character ranges from mild to wild. Drivers can choose their preferred engine sound by pressing a button on the steering wheel or by selecting a drive mode.

While there are similarities, the new Ranger Raptor has a unique chassis when compared to latest Ranger. A series of unique mounts and reinforcements, for elements including the C-pillar, load box and spare wheel, as well as unique frames for the jounce bumper, shock tower and rear shock bracket all combine to give the vehicle much more capability in extreme conditions. 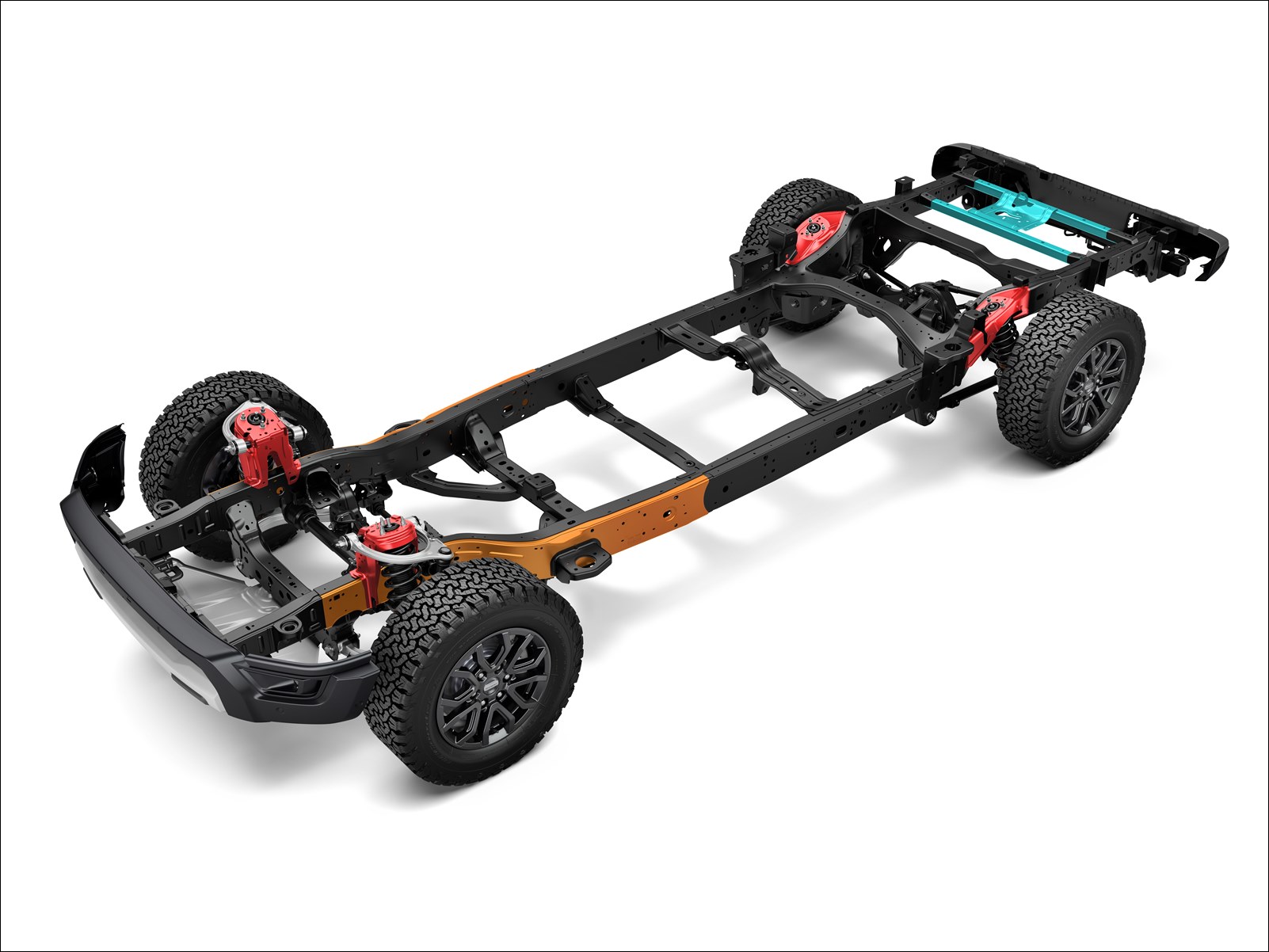 The new suspension upgrades in the Ranger Raptor make the most of the new FOX Live Valve dampers. The suspension adapts in real time to enable exceptional on-road body control while absorbing corrugations and bigger ruts off-road with ease ensuring maximum control and performance.

Soaking up those humps and bumps are next-generation FOX 2.5-inch Live Valve Internal Bypass shock absorbers with cutting-edge control technology offering position-sensitive damping capability. These shock absorbers are the most sophisticated ever on Ranger Raptor and are filled with Teflon-infused oil that reduces friction by around 50% compared to those on the previous Raptor.

While the hardware is FOX, the tuning and development work was carried out by Ford Performance using a mixture of computer-aided engineering and real-world testing. Everything from adjusting the spring rates to setting the ride height, valve tuning and honing the ride zones was performed to create the perfect balance between comfort, control, stability and traction on-road and off-road. 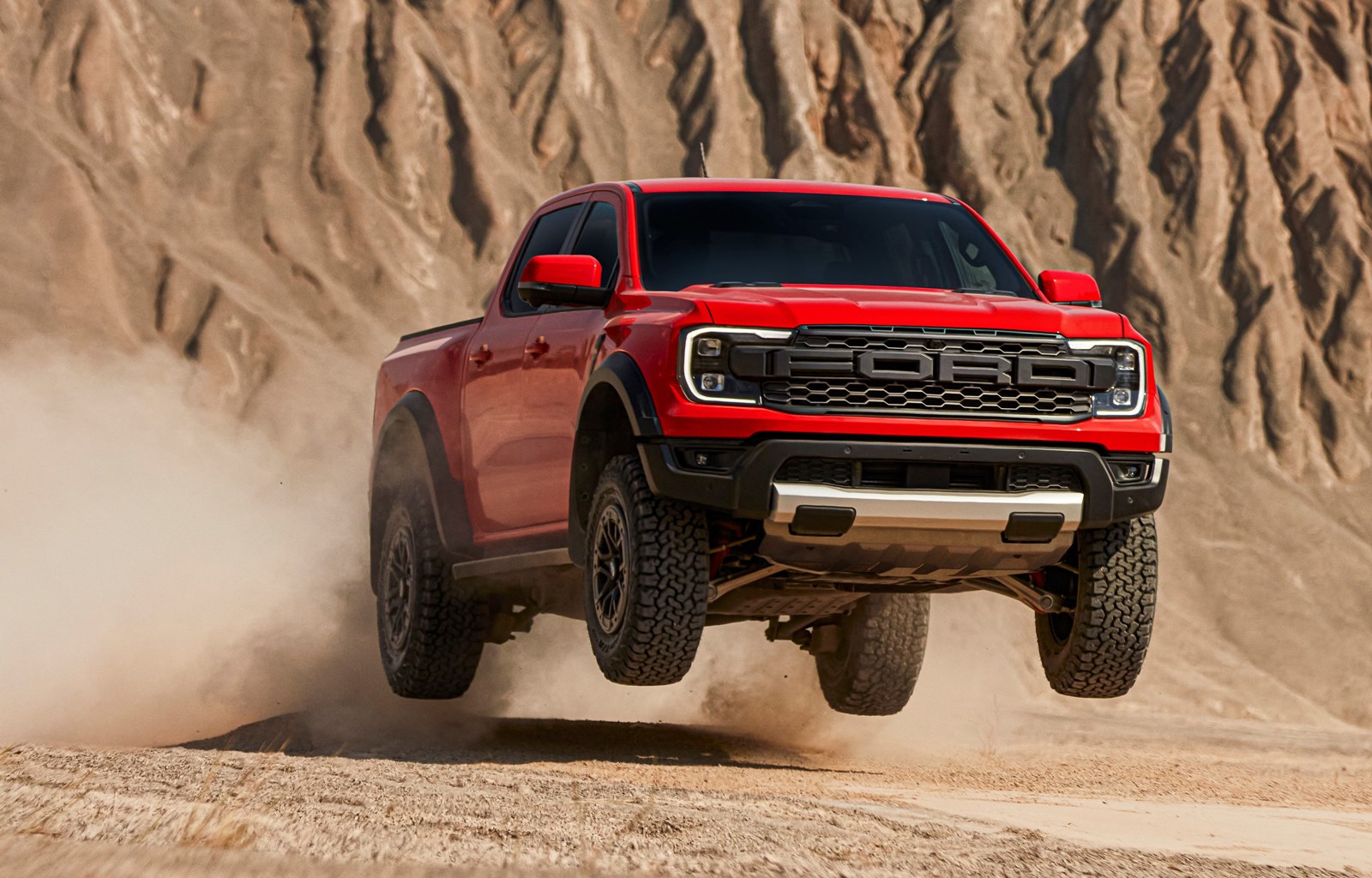 In addition to working with the drive modes, the system works in the background to prepare the Ranger Raptor for different conditions. As the shocks compress, different zones within the bypass system give exactly the amount of support needed for the travel being used and work in reverse as the shocks rebound back to full height.

The Ranger Raptor’s ability to tackle rough terrain is further enhanced with tough underbody protection. The front bashplate is almost double the size of the standard Ranger bashplate and made from 2.3 mm-thick high-strength steel. This bashplate, combined with the engine undershield and transfer case shield, provides protection for key components like the radiator, steering system, front cross member, engine sump and front differential. 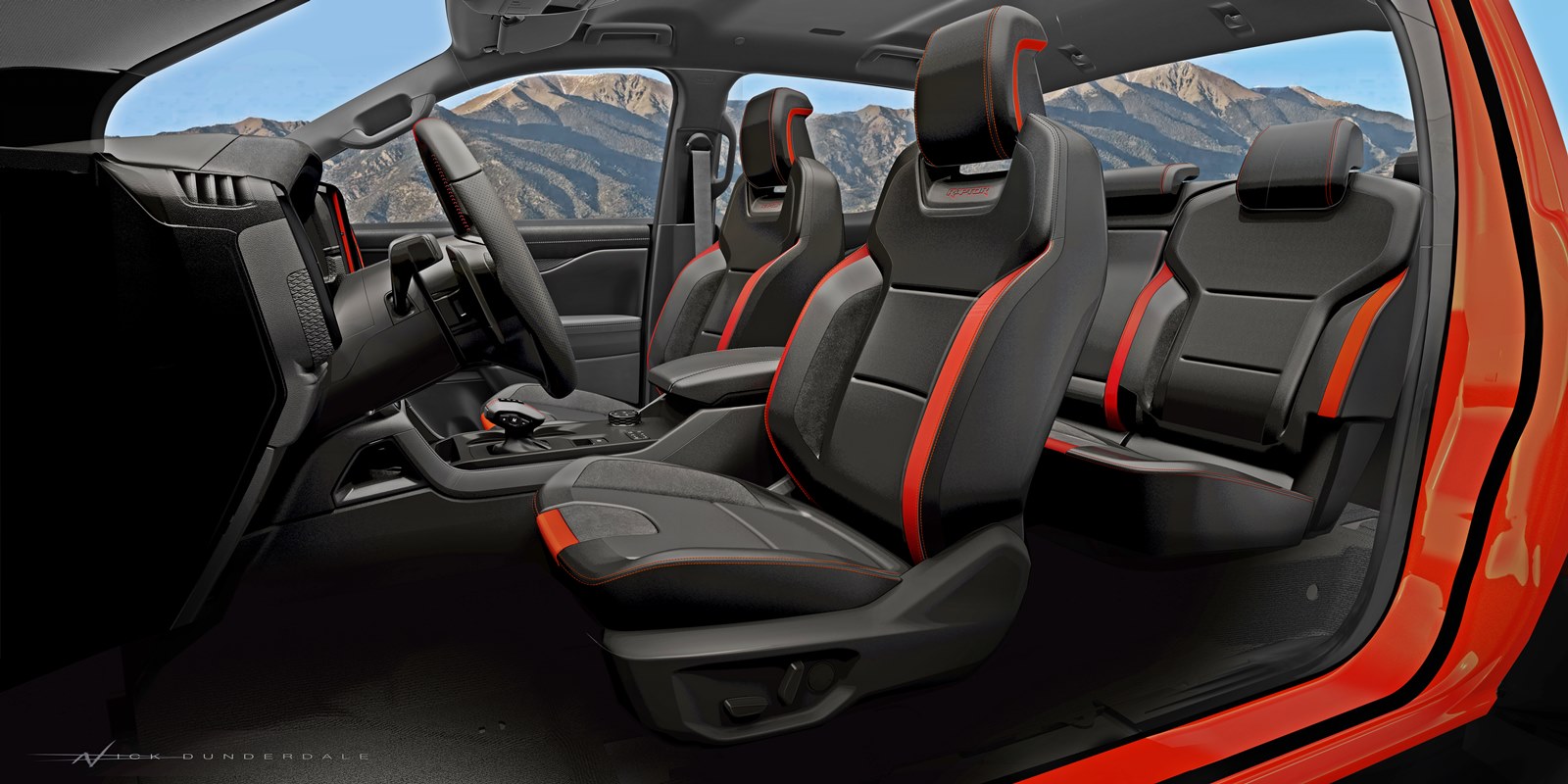 For the first time, the Ranger Raptor gets an advanced permanent 4-wheel drive system with an all-new electronically controlled on-demand 2-speed transfer case, combined with front and rear locking differentials, a feature that hardcore off-roaders will appreciate.

Unlike other pick-up trucks in the market with bodykits to just give a sportier image, the Ranger Raptor’s was specially developed by Ford Performance. The flared fenders accommodate a choice of two muscular 17-inch wheel designs, one with beadlock capability, and each wrapped in BFGoodrich all-terrain tyres. 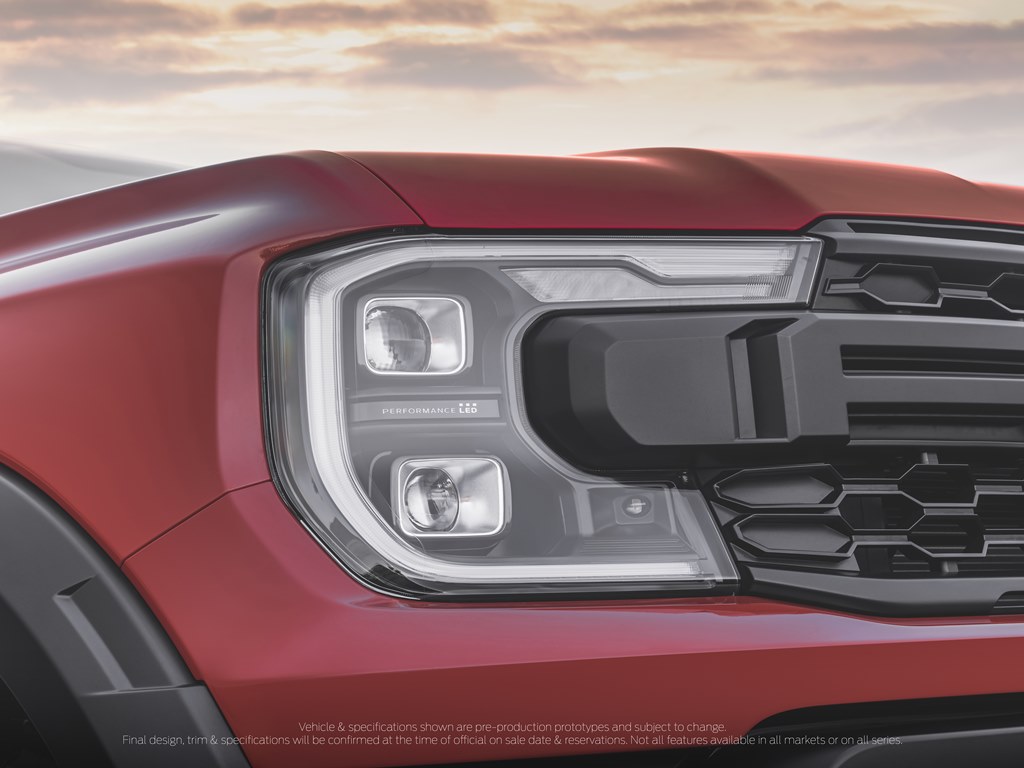 Functional vents, aero features, and tough, new-design cast aluminium side steps help enhance the look and functionality of the truck. At the rear, LED taillights provide a signature link to the front, while the precision grey rear bumper features an integrated step pad and towbar that is tucked up high to aid the truck’s departure angle.

Inside, the theme continues to emphasize the off-road performance and high-energy nature of the exterior. The cabin features all-new, jet fighter-inspired sports seats – both in the front and rear – that are not only more comfortable but more supportive during high-speed cornering. 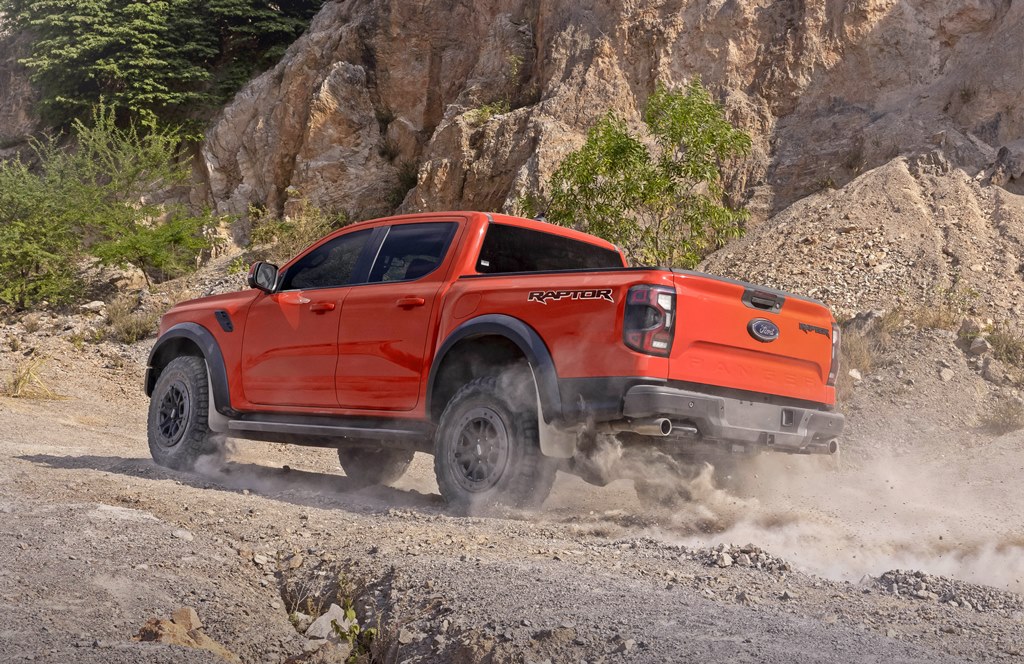 When the first Ranger Raptor was launched in Malaysia, its RM209,000 pricetag was thought to be excessive. But much to SDAC’s surprise, the model was in high demand. It was just the thing for the hardcore types who could get a factory-ready truck with genuine high performance – and with a warranty too.