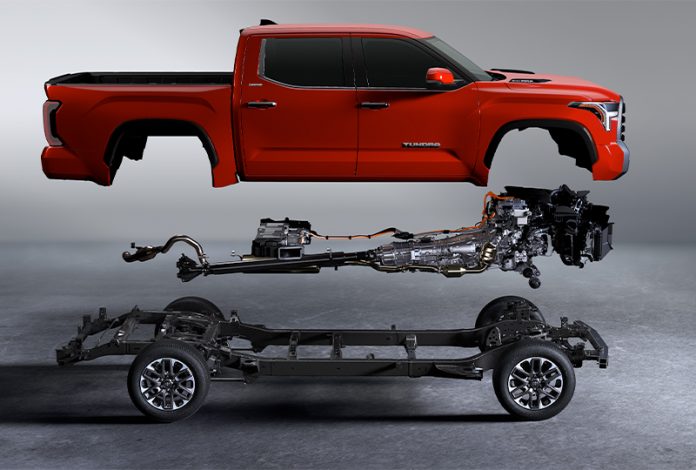 The Tundra is a pick-up model Toyota developed specially for the North American market and also manufactures it there. As a full-size truck, it is Toyota’s challenger in the world’s largest pick-up truck market. However, because it has been sold almost entirely in North America since being introduced in 1999, it has remained as a lefthand drive (LHD) model, limiting export potential in some ways.

Now Toyota has decided that it will also offer a Tundra with righthand drive (RHD), which means it can become a global model. A RHD variant is not merely a case of moving the driver’s seat and steering wheel to the right side and requires an engineering program that is extensive. It might not be as extensive as developing a brand new model as much of the basic architecture has been done but it is also not as simple as it may seem.

It won’t be the first time that Toyota has converted a LHD model into a RHD one as it also did the same with the Chevrolet Cavalier in the late 1990s. Back then, as a favour to General Motors, Toyota agreed to take the Cavalier and sell it in Japan as a Toyota Cavalier. To do so meant re-engineering it to be RHD, a task which the engineers found challenging. Besides moving the steering wheel to the right side, there were also little details that needed to be altered to conform to Japanese regulations.

This time round, for the Tundra, Toyota is working Walkinshaw Automotive Group and has assigned Toyota Australia to lead the project. Since ending manufacturing activities in Australia in 2017, Toyota has given its Australian operations a role as one of its global R&D centres. With the wide open spaces and varied local terrain, it is an ideal region for testing prototypes.

Parts from Land Cruiser 300
The program with the Walkinshaw Automotive Group is expected to set a new benchmark in Australia for the re-engineering of a full-sized pick-up truck from LHD to RHD. It will include the adoption of key components from Toyota’s comprehensive global parts catalogue, including the steering column and rack, accelerator, brake pedals and shift lever from the Land Cruiser 300 platform, with which the Tundrsa shares the same TNGA platform.

The vehicles will be equipped with a new inline hybrid system that has a twin-turbo 3.5-litre petrol V6 engine.

After significant development in-house, prototype testing on public roads will begin in September 2022. Starting from October next year, approximately 300 vehicles will be deployed all around Australia as part of the final stage of the re-engineering program. These vehicles will not be for sale but will involve monitoring under real-world usage conditions in Australia.

Launch date not confirmed yet
At this time, Toyota is not saying when the Tundra will go on sale, but Australia will be the first market. Due to the brand’s strong demands for quality, durability and reliability, there will be a thorough approval process until all aspects meet the high standards.

The Tundra, now in its third generation, is a huge truck that fits right into the American landscape. It is much larger than a Hilux with a wheelbase that is 1 metre longer. Since the first generation, over 2 million units have been sold and annual sales have never been less than 100,000 units.