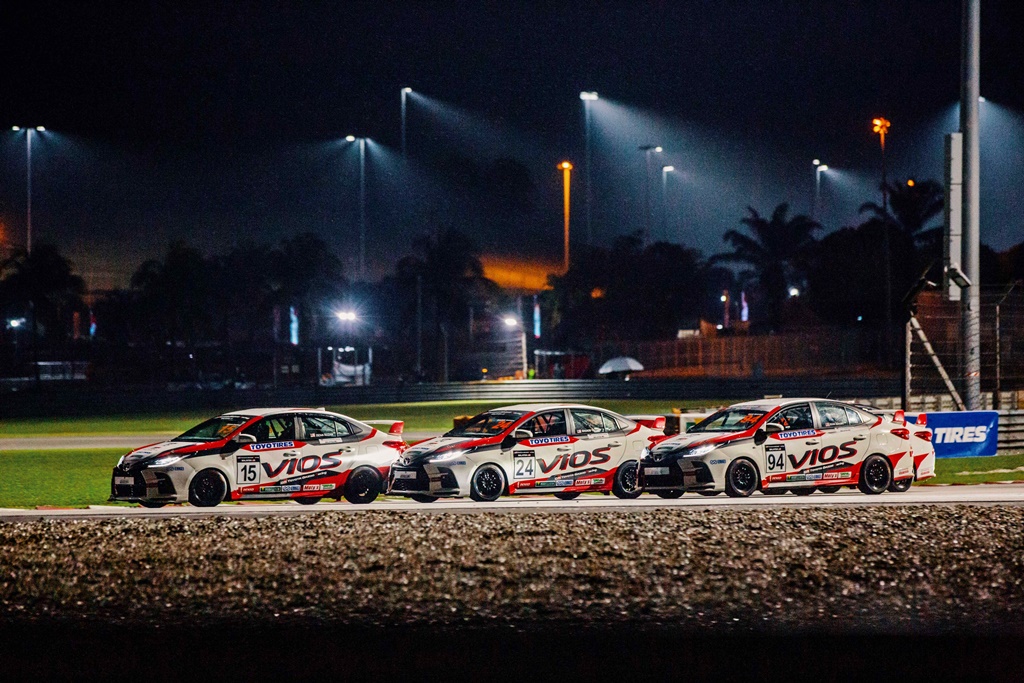 As in 2021 with Season 4 of the Vios Challenge, part of the Toyota GAZOO Racing Festival, the final round of Season 5 will be run at night at the Sepang International Circuit. For this event, a rooftop festival will also be held during the weekend of September 24/25.

While the event will be open to the public (no entry fees), access to the festival on the rooftop of the main paddock building will be limited. To be among them, you will have to register online in advance and passes will be issued to the first 2,000 applicants on a first come-first served basis. Click here for more information on how to get the access passes.

The entire rooftop area of the building will be transformed into a festival ground, with numerous activities for all the family. Fans will be able to meet their favourite celebrities and enjoy concerts on both days. There will also be lucky draws and sale of GAZOO Racing and Toyota merchandise.

“We continuously look at new elements to make both the Festival and the race even more exciting. Race fans have been a big part of the festival’s continued success and for the finale this season, we’d like to do something a little special by showing our appreciation to 2,000 of the spectators,” said UMW Toyota Motor’s President, Ravindran K.

Most lucrative motorsports event
The Vios Challenge, a series now well established in Malaysian motorsport, will see close battles in all the four categories as the drivers make their last bid for the best championship positions. It is the most lucrative motorsports event in the country, with more than a half a million ringgit in prize money offered. The overall champions of the Super Sporting and Sporting Classes will take home RM70,000 and RM50,000, respectively.

Currently into its fifth season, the Vios Challenge is a one-make series that is only for Toyota Vios cars. Every car entered has to be prepared identically with the same performance levels (which are checked before and after each race). Therefore, it is all about driver skill, experience and strategy rather than just who has the more powerful car.

Season 5 has 3 rounds with a total of 6 races, and the last two will be run this month. In 4 seasons of the Vios Challenge so far, more than 8 million spectators and online viewers have followed the races, and social media reach has exceeded 19 million, making it one of the most viewed domestic motor-racing events.

Form your own Dream Team
Besides watching the actual races, the public can also participate in the GAZOO Racing Dream Team TGR Fantasy Game. To participate, just sign up online before September 24 to create a TGR Dream Team of racers. The racers will be from the 4 categories in the Vios Challenge (three each). Each TGR Dream Team will therefore have points based on the actual race results during Season 5 and this last round will therefore determine which one wins. The player/Dream Team with the most number of points will be the winner at the end of the season and receive attractive prizes. To register and create a team, go to tgrfantasy.toyota.com.my/.