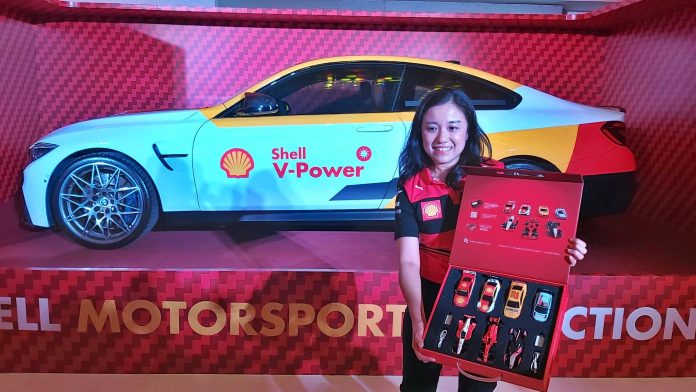 Malaysia is a bright spot on Shell’s global radar and we often get new products or services before many other markets. Even with promotional campaigns, Malaysia might be chosen to be a pilot market before it is rolled out more widely. The latest campaign is the Limited Edition Shell Motorsports Collection which the energy company is offering only in a few countries.

The seven competition cars in the collection have not been randomly selected but are models where their manufacturers or racing teams have a partnership with Shell. They represent not only Shell’s diverse involvement in motorsports today but also reflect on a long historical relationship the company has had with racing machines, including Formula 1 and the World Rally Championship.

This relationship has not been just for brand advertising but also collaborating in R&D for fuels and lubricants. The technologies developed for extreme racing conditions are then transferred to products like V-Power Racing fuel for roadgoing cars

“Shell was there alongside the earliest motorsport pioneers and has an embedded history in motorsport. The latest collection celebrates some of the best racing cars that redefined the racing world,” said Seow Lee Ming, General Manager – Mobility, Shell Malaysia.

On their own, the 1:41 die-cast scale models would be a collection to admire at home or in the office. But Shell has gone further and installed electric motors in each of the cars so they can zip around. And by using a free Shell Racing app on a smartphone or tablet, it’s possible to connect to the cars via Bluetooth and control them like R/C models.

“Our customers have always been at the heart of our business. Everytime they stop at Shell, we want them to have an opportunity to create unforgettable memories with their family and friends. With our latest collection, we are happy to offer our customers a quick escape from reality, while enjoying an adrenaline-fuelled R/C race with their loved ones, anywhere!” said Ms. Seow.

You can start collecting the models from October 8 when Shell Malaysia will release the first of the seven cars. Thereafter, one new model will be released each week, with the campaign running until December 8, 2022 (while stocks last).

During the promotional period, each car model or a smart battery with integrated Bluetooth chip will be available at RM30 with a minimum fuel purchase of RM50 at any Shell station nationwide. Alternatively, customers can also get the Ferrari SF90 and one battery for free when they buy selected Shell Helix lubricants (4-litre packs) at the stations. There’s also a custom-designed box for the whole collection available for RM80 but you have to also buy a minimum of RM80 of V-Power Racing fuel (on a single receipt).

To introduce the collection to the public, Shell Malaysia will have roadshows at KL Sentral (October 17 – 23) and MidValley MegaMall (October 26 – 30) in Kuala Lumpur. The public can have a go at racing the cars on a specially-designed track before making their purchase. There will also be a full-size replica of the Hyundai i20 WRC rallycar (shown below) on display.