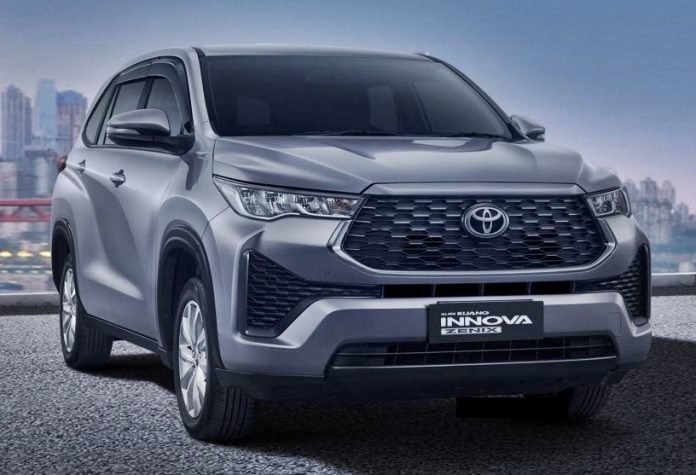 From the time it was first introduced in the mid-1970s, the Toyota Kijang has been a top-seller in Indonesia to the extent that it’s been regarded as country’s ‘national car’. Toyota had come up with a product that was ideal for the market, providing versatility to carry people and goods as well as robustness to handle the wide variations in road conditions.

After 45 years, the third generation has now been launched and takes a big step forward with a new electrified powertrain. The model’s name in Indonesia is Kijang Innova Zenix, somewhat lengthy but the ‘Kijang’ name is so strong that Toyota Indonesia has to retain it. ‘Innova’ is, of course, what Malaysians (and customers in other markets) know it as although we had a Kijang earlier that was called the Unser. Zenix is probably to highlight the transition to an electrified model.

The new Innova is a big change from its predecessor and uses similar design language as the Veloz. It is slightly larger than before, with the wheelbase stretched another 10 mm while the overall length and width have increases of 20 mm each. As with many MPVs sold in Indonesia, the ground clearance is high and for the new Innova, it is 185 mm.

The increased dimensions would be partly thanks to the use of new architecture. Where the previous generation was part of the IMV (Innovative International Multi-purpose Vehicle) trio and  used the same basic platform as the Hilux and Fortuner, the new Innova is built around and on Toyota New Generation Architecture (TNGA).

TNGA is used for Toyota’s newer models and has attributes such as a low centre of gravity and optimized engineering. Significantly, for the Innova, it has monocoque construction which assembles the bodywork as a single unit with the floorpan. This improves rigidity and helps to give better driving dynamics too.

The suspension is also similar to a passenger car’s with MacPherson struts in front and a torsion beam for the rear end. The parking brake system is now electronically controlled, making autonomous braking possible.

The electrified powertrain reflects Toyota’s more realistic approach to achieving carbon neutrality which does not rely on a complete switch to fully electric vehicles. It recognizes that in some regions, that is an expensive and impractical solution and instead offers choices so that ‘no customer is left behind.

Hybrid electric vehicle technology is something which Toyota has long experience with and believes is still viable for some time to come. For the new Innova, it has installed a hybrid powertrain with a 2-litre petrol engine with an electric motor, powered by a nickel-metal hybrid battery pack.

There’s no diesel engine mentioned but the petrol engine alternative is a 1987 cc 4-cylinder petrol unit with an output of 174 ps/205 Nm. Power now goes to the front wheels (same for the hybrid) and there is only a CVT.

The interior follows the latest trends in dashboard design with a large central display for the infotainment system. The dashboard flows downwards in the centre towards the console between the seats, neatly containing the controls for the ventilation and air-conditioning systems.

The 3-row cabin has Captain’s seats (with ottoman extensions) available for the second row and a large sunroof (with illumination around the opening) which elevates the image of the MPV. There are also individual display panels on the back of each front seat as options. And instead of sticking your foot under the rear bumper to open the back door, a voice command can open it! Just as the Veloz has succeeded the Avanza as a more premium product, so too has the new Innova which has gone another level up.

As is usually the case, the top model – which is the hybrid version for the Innova range – will have the advanced safety features. The Innova Hybrid will come with Toyota Safety Sense 3.0 which means it has pre-collision warning and autonomous braking, dynamic cruise control (with radar and camera), lane keeping and tracing, etc.

The Innova has been assembled locally for many years and now that it has a hybrid powertrain, UMW Toyota Motor may have it assembled at its second and newer plant in Bukit Raja, Selangor, which also does the Corolla Cross Hybrid. The launch won’t be so soon, though, and it might only appear in our market in the second half of next year if it is to be assembled locally.