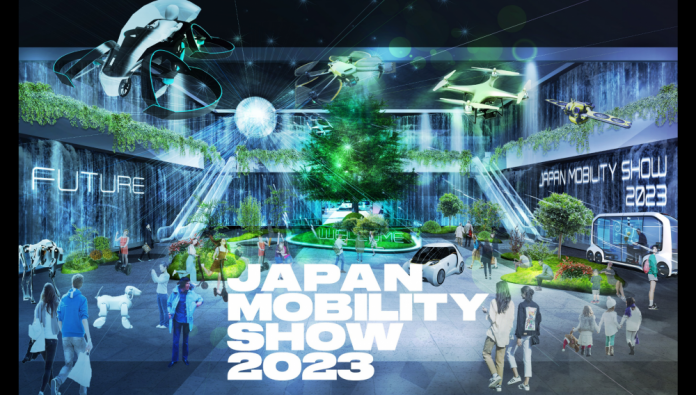 2020 could be considered a watershed year for the big global motor shows. Though the declining interest from the auto industry was slowly showing during the past decade, the onset of the COVID-19 pandemic and suspension of public activities for many months led carmakers to rethink how they would spend money on promotional activities.

Launching new products online, less common before, was an approach adopted by many carmakers. They could reach bigger global audiences and at less cost than the traditional high-cost events at motorshows. The need to spend big money on a one-time extravaganza became less necessary, and this meant that organisers of the big motorshows needed to change.

While some continue with a generally traditional approach, the Japan Automobile Manufacturers Association (JAMA) which has been organising the Tokyo Motor Show for many decades has decided to have a broader scope for the event.

Rather than being just a motorshow involving only carmakers and suppliers to the auto industry, the event in 2023 will look beyond the framework of mobility. Accordingly, exhibitors from other industries as well as start-ups will be invited to participate and these could be directly or indirectly related to mobility. To reflect the changed ‘Tokyo Motor Show’, the name will become the Japan Mobility Show 2023’.

JAMA’s move to broaden the scope of its event is not unlike what has happened with the (CES) (Computer Electronics Show) where from just being a trade show for the tech industry, it has come to include automotive products and carmakers are even unveiling new models or concepts there.

Held annually in its first 20 years, and then every two years from 1973 onwards, the Tokyo Motor Show has been one of the global motorshows. Its floor area grew from 15,000 square metres in its first year in a park, to over 211,000 square metres when it was at the huge Makuhari Messe complex near Tokyo Disneyland.

By the 2011 event, in view of the reduced number of exhibitors, the organizers made the decision to move to a smaller site at Tokyo Big Sight along Tokyo Bay. As for visitor numbers, the highest was about 2 million in 1991. The 2019 show seemed to show interest renewing in the event as 1.3 million people attended, 69% more than the 2017 event.

Tokyo Big Sight has been just right for the downsized event but with the expanded scope, the organisers are considering expanding the event to the Rinkai Fukutoshin area and areas near Tokyo Big Sight.

There will be activities in collaboration with the Tokyo Auto Salon and the Japan Supercar Association, as well as ‘kids content’ for the younger generation and their families to enjoy. More about the planned exhibits and activities should be available in coming months leading up to the show which will be held from October 26 to November 5, 2023.