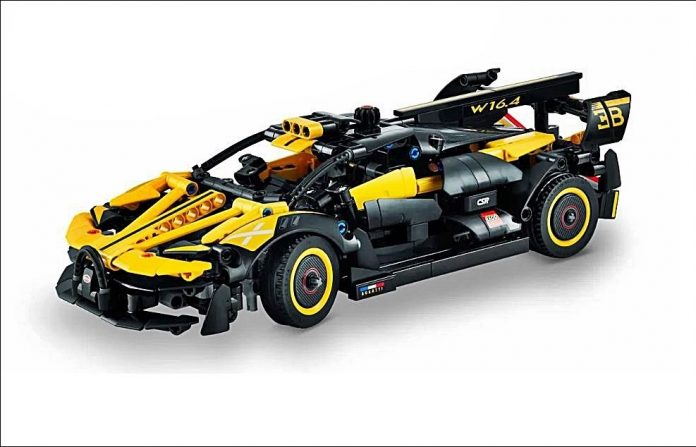 Two years ago, at The Quail in California, Bugatti presented a surprise to guests at the famous motorsports gathering. It was the Bolide, just a concept then but the carmaker announced that it would make the car in limited numbers. Response was instantaneous – within a week, all 40 units of the radically light track-oriented Bugatti machine were booked.

Each costing no less than 4 million euros (about RM18.55 million), the Bolide is the most extreme Bugatti ever created. One motoring writer went as far as the describe it as ‘a Thermonuclear Do-It-All Performance Machine’.

The Bolides are still on the production line in France and the first of the cars with the legendary W16 quad-turbocharged engine will be delivered to customers only next year. But you can have a Bolide at your home or office before them – and it will cost you only 50 euros (RM232) which is a lot less too.

In the continuing partnership between Bugatti and the LEGO Group which began with the Chiron, the Bolide has been chosen as a new addition in for the LEGO Technic range. This range of brick-based models are more advanced with complex technical functions and even adults can enjoy building the cars.

“The LEGO Technic model of the Bugatti Bolide is an expression of a perfect partnership between our brands. Bugatti is renowned the world over for its leadership in continuously raising the bar across numerous spheres, including design, performance and engineering. These core values are matched by LEGO, a leader in its respected field, and are illustrated perfectly when pairing the Bugatti Bolide to its LEGO model,” said Wiebke Stahl, Managing Director of Bugatti International.

Finished in black and yellow, the LEGO Technic Bugatti Bolide pays homage to the favoured colours of company’s founder, Ettore Bugatti, who specified many of his own personal cars in this timeless combination. It comes complete with authentic sticker details to recreate the Bolide’s ultimate evolution of the Bugatti ‘Form Follows Performance’ design philosophy.

Measuring 31 cm long, 13 cm wide and 8 cm tall, the LEGO Technic Bolide is made up of 905 pieces and full of intricate details and immersive touches. These include scissor-opening doors, aerodynamic rims with low-profile tyres, a detailed cockpit with a working steering wheel, and a detailed W16 engine with 16 pistons that actually move!

Due to the very high speed the hypercar can travel at, its bodywork has many advanced features to control the airflow and generate downforce while also enabling it to pierce through the air. Aerodynamic details that can be seem on the model include the numerous air ducts and the large airscoop, designed strategically as part of the roof, which feeds air to the 8-litre engine. It curves gently into a stabilizing tailfin while an enormous fixed rear wing produces massive downforce.

At the front end is the famous Bugatti horseshoe grille, with the wheelarch-mounted vents and X-motifs – a trademark of the Bolide – applied as a sticker. An X-shaped taillight design provides a recognizable visual signature from behind.

“I am very excited about this new model. Our LEGO Technic designers have done an amazing job capturing the details of this extreme Bugatti design. With LEGO bricks, you can build anything you can imagine, and with LEGO Technic elements, you can build for real. I’ve always been passionate about engineering and this model’s details and design are absolutely fascinating – I can’t wait to start building it myself!” said Niels Henrik Horsted, Head of Product LEGO Technic & Speed Champions.