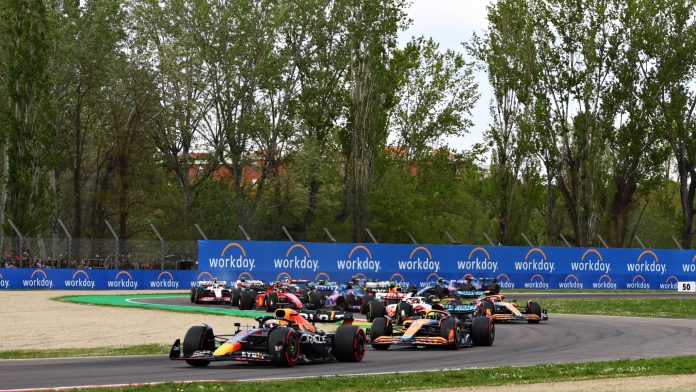 In 2021, Formula 1 gained Sprint races as an additional activity during a race weekend. As the name suggests, it is a quick race and just 100 kms long, and is run on Saturdays. At rounds with a Sprint, the schedule is altered where Free Practice (FP) 1 is run on Friday morning, with Qualifying in the afternoon. This determines the starting order for the Sprint which is held the next day, after FP2.

The Sprint races have been received well by both the drivers as well as spectators who get additional racing action to watch on Saturday. For the drivers, there are also points to collect for the top three finishers and more importantly, the finishing order of the Sprint determines the position on the starting grid on Sunday. So there is the possibility of getting a better spot for the main race.

Now entering its third year, the Sprint format has become part of the season’s calendar. In the first year, it was tested at Silverstone, Monza and Interlagos; last year, three rounds – at Imola, the Red Bull Ring and Interlagos – included Sprints. For 2023, there will be double the numbe and they will be run at Baku (Azerbaijan), Red Bull Ring (Austria), Spa (Belgium), Losail (Qatar) Austin (USA) and Interlagos (Brazil).

When there is a Sprint included, the proceedings get a bit tighter and flexibility is less. Right from the time the cars begin Qualifying, they are under parc ferme, which means that the cars must not have anything changed. Unlike races without a Sprint when there is more time to work on the cars, there is only the hour during FP1 to do so.

However, there are some areas that can still be worked on. For example, parts that have been damaged or worn out can be replaced and the front wing flap can be adjusted. The electronic set-up can be adjusted and the engineers are also allowed to adjust the differential and brake settings.

While there is a different tyre allocation and a different way to use them, after the Sprint is over, each car will have the normal allocation of 7 sets of tyres supplied by Pirelli. How each team makes use of their tyre allocation in FP1, Qualifying and FP2 will be tactical decisions made based on what happens on the track.

The Sprint is a flat-out 100-km race from start to finish, over a period of 30 minutes and there are no pit stops. It is thus an intense race though drivers still keep in mind not to take risks that could worsen their starting position or worse, cause serious damage. In the first two years, extra points were only given for the first three finishers but this year, perhaps to encourage more competition, there are points down to 8th place.

While spectators have generally liked the Sprint races, opinions are split among the drivers, Last year’s World Champion Max Verstappen doesn’t like it but Lewis Hamilton does, although his team boss doesn’t. Overtaking, being an important element in racing excitement, has to be adequate to inspire the drivers to compete and not be resigned to being part of a procession.

The choices of tracks for Sprint races this year are based on the experience of the previous two years, with a view of providing more overtaking opportunities. Hopefully, the drivers will find the races more challenging and give the spectators a bit more drama to be excited about this year.