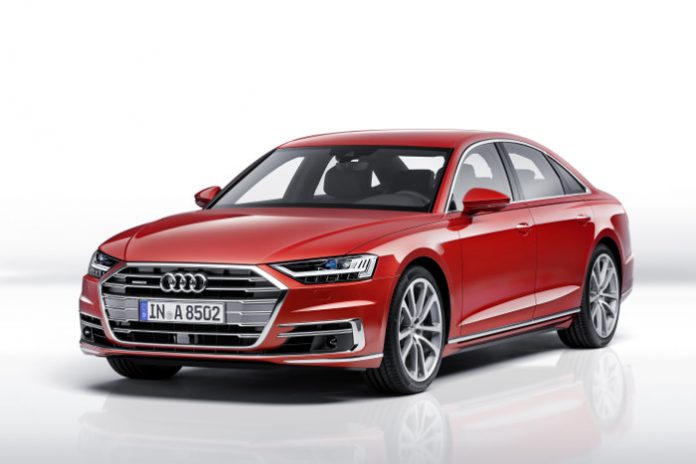 Audi’s new A8 has been revealed and though it retains the signature design elements of its predessor, with every incremental upgrade, the German automaker makes certain adjustments to rejuvenate the design to a certain degree. And this time, the front end features a wide, upright single-frame grille that is complemented by fludic and muscular bodywork giving the car a sporty yet elegant look.

From the side, the steep curvature of the front end blends well with the gently inclined rear quarter for a sleek silhouette. The sophisticated HD LED headlights with Audi laser lighting are impressive additions that are complemented by the DRL LED light-strips and OLED lighting tech for the rear.

Available as either the A8 or A8L, with the later being the long wheelbase version and 13 centimeters longer than the former. Overall, both feature lightweight construction and quattro permanent all-wheel-drive system. That is complemented by the all-wheel-drive steering system that allow for better control and turning radius.

Inside, the vehicle features the usual luxurious upholstery as well as electric seats that warm the soles of your feet (A8L). The extensive use of high quality materials is evident throughout the cabin, including the centre stack where the 10.1-inch touchscreen (MMI) infotainment system resides. Auxiliary functions can be controlled through another touch interface located on the centre tunnel console, including accessing air-conditioning and other comfort related options.

Audi touts that the glass display system, is very responsive and behaves in a very elegant manor. The combination of acoustic and tactile feedback that it offers as well as common touch gestures makes for a pleasant and user-friendly experience. 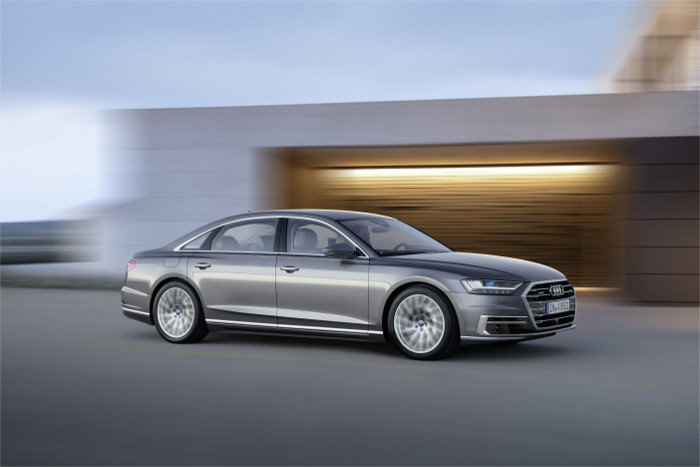 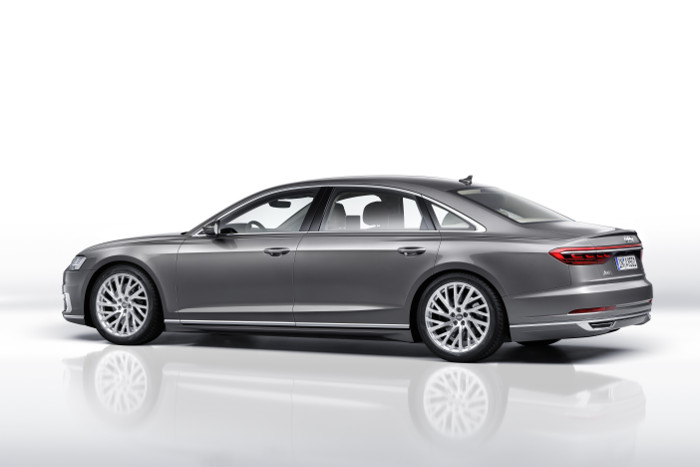 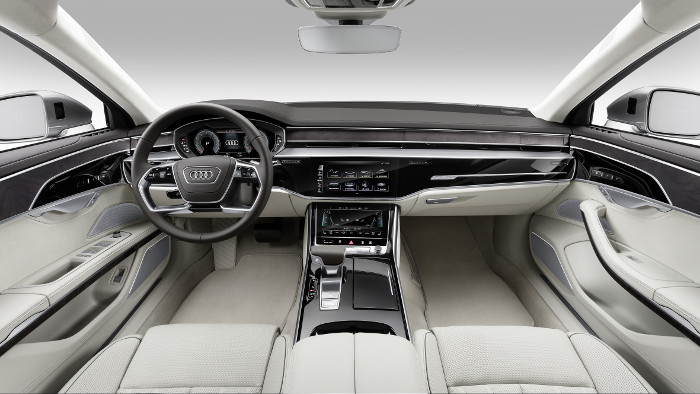 As advanced as these systems are, the new A8’s crowing achievement is its reliance on artifical intelligence both for autonomous driving and the manipulation of its active suspension setup. Thanks to a slew of radar sensors, image cameras as well as other sensors that include the ultrasound ones, the A8 is able to drive and navigate through traffic jams and slow moving traffic of up 60km/h.

It’s able to do so on roads and highways where a physical barrier separates the carriageways. The system can be activated by pressing the AI button on the centre console. When activated, the driver can take his/her hands off the steering wheel and relax while watching content on the TV.

Audi’s AI remote parking and remote garage pilot systems give the car the ability to steer in and out of parking spaces or a garage. The best part of this, the driver doesn’t have to be in the car while this is being done. He/she only needs to tell the car to do so by using he myAudi app on their smartphone.

Then there’s the active suspension, that depending on driving conditions, is able to raise ad lower each individual wheel via electric actuators. by doing so, it will be able to alter the suspension setup from a firmer sporty one, all the way to a soft and supple configuration. The reaction time of this particular AI system is said to be lightning quick should it sense an impending lateral collision, which will help reduce the severity of the accident and injuries to the occupants.

The system requires a great deal of energy to function, which is why the A8 uses a 48-Volt electrical system. Depending on region, there will be a number of engines on offer, which include 3.0 TDI, 3.0 TFSI, 4.0 TDI and 4.0 TFSI as well as the top of the line 6.0-litre W12 powerplant. When equipped with a mild-hybrid platform the A8 is able to switch off its engine at certain times to save fuel as well as recover energy of up to 12kW when the conditions suit it.

The new Audi A8 and A8L are being built at Audi’s Neckarsulm site and will appear in the German market in late 2017. We will let you know when it eventually reaches our shores in the not so distant future. 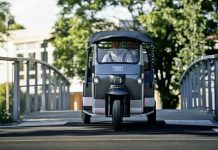 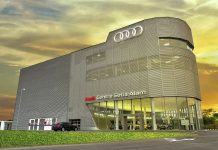