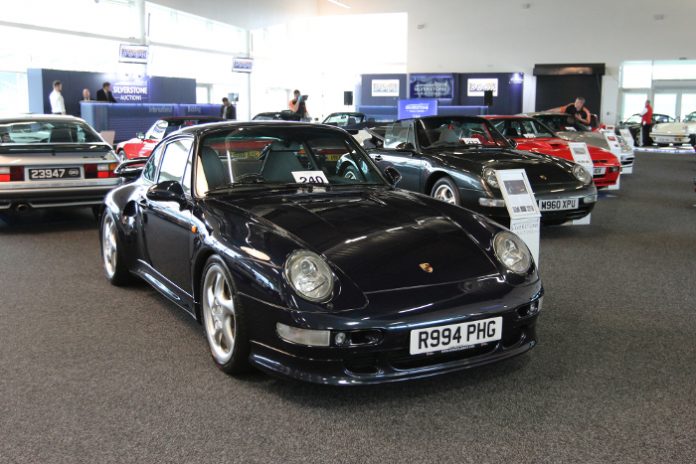 At the recent Silverstone Auctions that was organised in association with Porsche Club GB, over £2.5 million (RM 14 million) changed hands in about 3 hours during the sale of several Porsche cars. The bidders comprised of enthusiast from all over the world including Denmark, Poland and Indonesia.

It was a successful day because 64% of all cars at the auction were sold, some for significantly more than their estimate prices suggested. Bids were placed from the auction floor, online and by phone for the converted 1992 Porsche 911 (964) RS Touring.

“It was a remarkably successful auction, helped enormously by the quality of the cars on offer and the tremendous support of Porsche Club GB,” says Nick Whale, managing director of Silverstone Auctions. “I’m grateful to all our vendors and bidders, and very proud of my team for putting together such a fantastic catalog of stunning Porsches.”

Apart from this, many more Porsche cars were sold during the day and if you would like to know morea bout them, CLICK HERE.

We covered the history behind several of the priciest Porsche cars that were sold at auction and a few others that weren’t that special. The Silverstone Auctions is an annual event held in the UK that brings together avid enthusiasts and collectors to bid on some of the most expensive and coveted cars ever made.