Sometime in early 1967, Alfa Romeo received a call from the organizers of Expo 67, a World Fair that was to be held in the Canadian city of Montreal. This event had a theme to show what could be expected in the future for ‘Man and his world’. One of them was dedicated to industrially manufactured products, including the automobile, under the topic of ‘Man the Producer’. The organizers invited Alfa Romeo to provide a concept car to highlight this area.

Honoured to be invited to participate, Alfa Romeo immediately commissioned Bertone, the design studio. At that time, designer Marcello Gandini was a rising star and not yet 30 years old, he had just created worldwide enthusiasm with the Lamborghini Miura. Later on, he also drew attention with this work on the Lancia Stratos and Fiat 132. 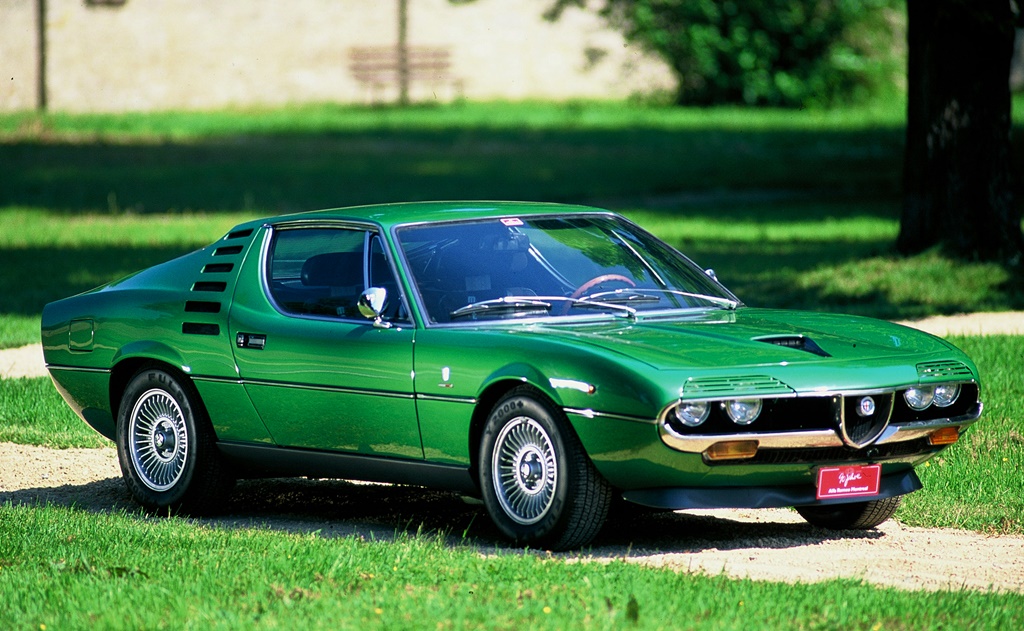 Gandini came up with a coupe concept for Expo 67 which was unique and incorporated many interesting details. These included ‘optically fused’ B/C pillars and the double headlights half covered by a louvre grille. A vertical row of air inlets behind the doors and a large, glass tailgate suggested that the engine would be at the back. However, due to time constraints to produce two units, Alfa Romeo used the Giulia platform which had the engine at the front.

It had an overall length of 4.22 metres (slightly shorter than a first generation Mazda RX-7), within which there were seats for two occupants at the front and the possibility of two more ‘emergency seats’ at the rear.

At the Montreal expo site, the concept cars were placed between mirrors in such a way that they appear to be multiplied to infinity. Although the concept cars, finished in white, did not have a name, they got the unofficial name of ‘Montreal’.

The response of visitors was enthusiastic and Alfa Romeo received many enquiries from North America and the rest of the world to find out when such a car would be in showrooms. This encouraged the company’s management to authorise production but the engineers had to moderate the costs involved. 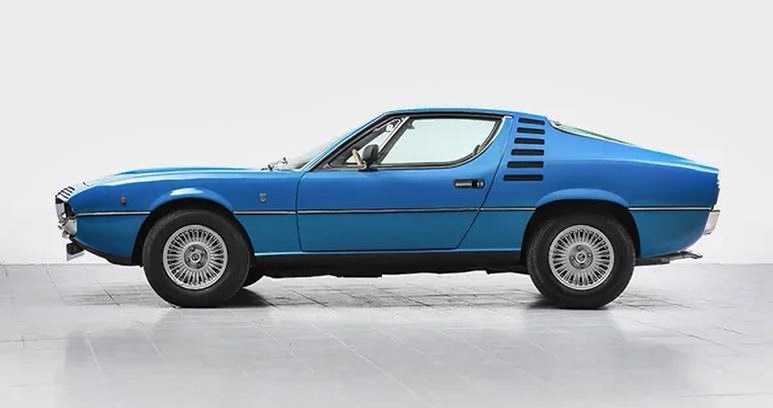 The chassis was maintained as that of the Giulia while the body design was only changed in the details where manufacturing or regulations made them incompatible. The grille above the headlights was retained with a minor change and when the headlights were switched on, the two slats folded down mechanically and release all four lamps completely. The air inlets that  signified a mid-engine layout were retained but as there was no engine at the back, the ducts were routed into the cabin to bring in fresh air. 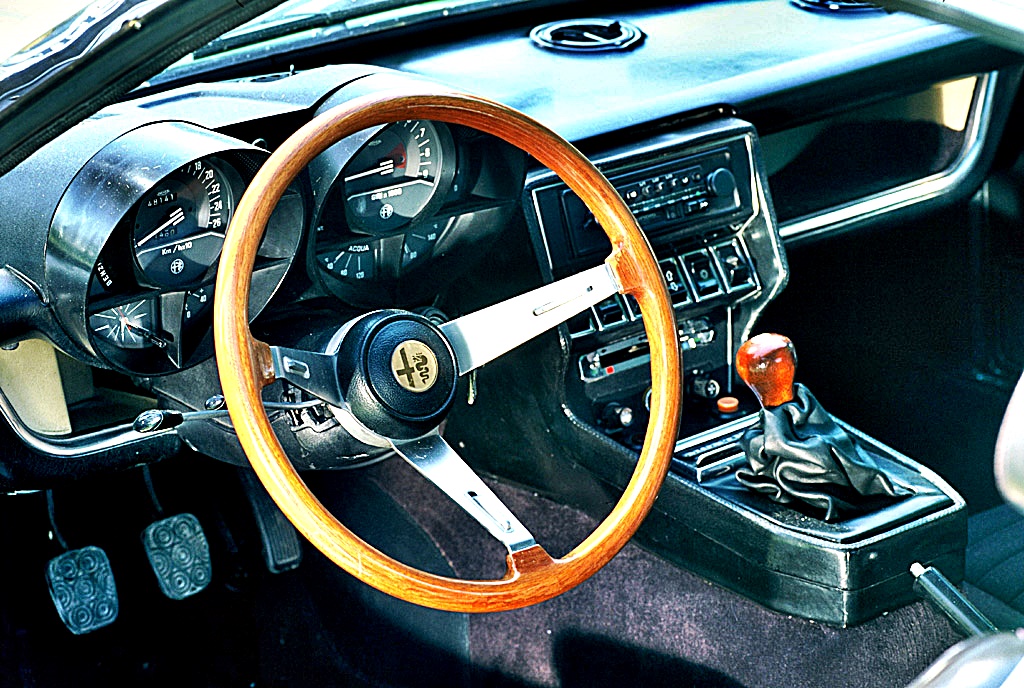 The performance of the Montreal matched its looks with the V8 engine from the Tipo 33 sportscar. This engine has features from racing engines such as dry sump lubrication, allowing it to be set lower, and weight-saving aluminium construction. 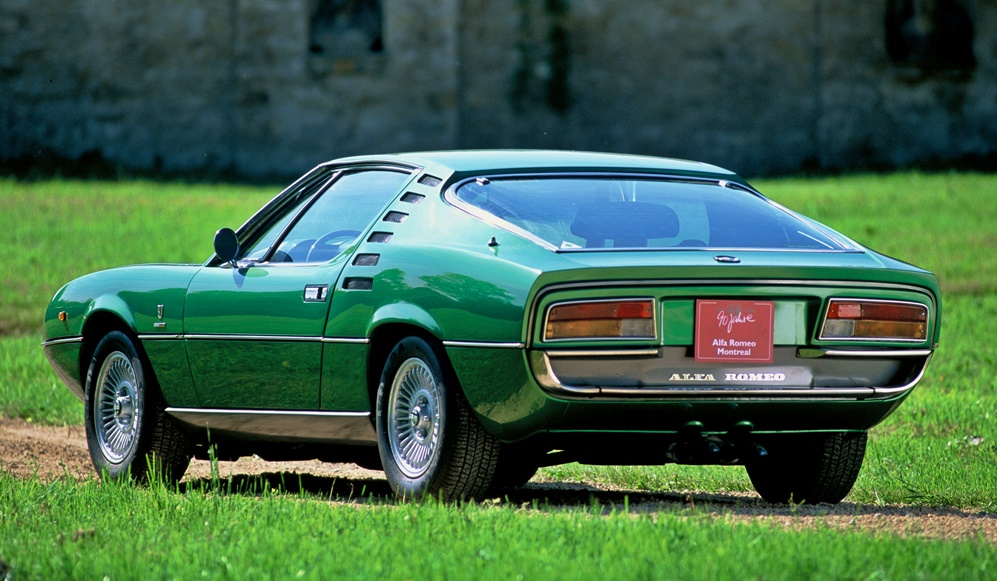 The engine displacement was increased from 2 litres to 2.6 litres with fuel delivery by a mechanical injection system from SPICA. The V8 produced an impressive 200 bhp at 6,400 rpm and 235 Nm peaking at 4,750 rpm. A 5-speed manual transmission (with first gear position on the lower left) from ZF sent power to the rear axle which had a limited slip differential. Tests by Quattroruote magazine showed the car to be able to reach 224 km/h after reaching 100 km/h within 7.1 seconds.

The Montreal went on sale in early 1970 and would continue to be available until 1977. Its high price, however, meant that sales were limited and by the time production ceased, 3,925 units had been built. City Motors, the importer in Malaysia, brought in at least unit, if not a few more.