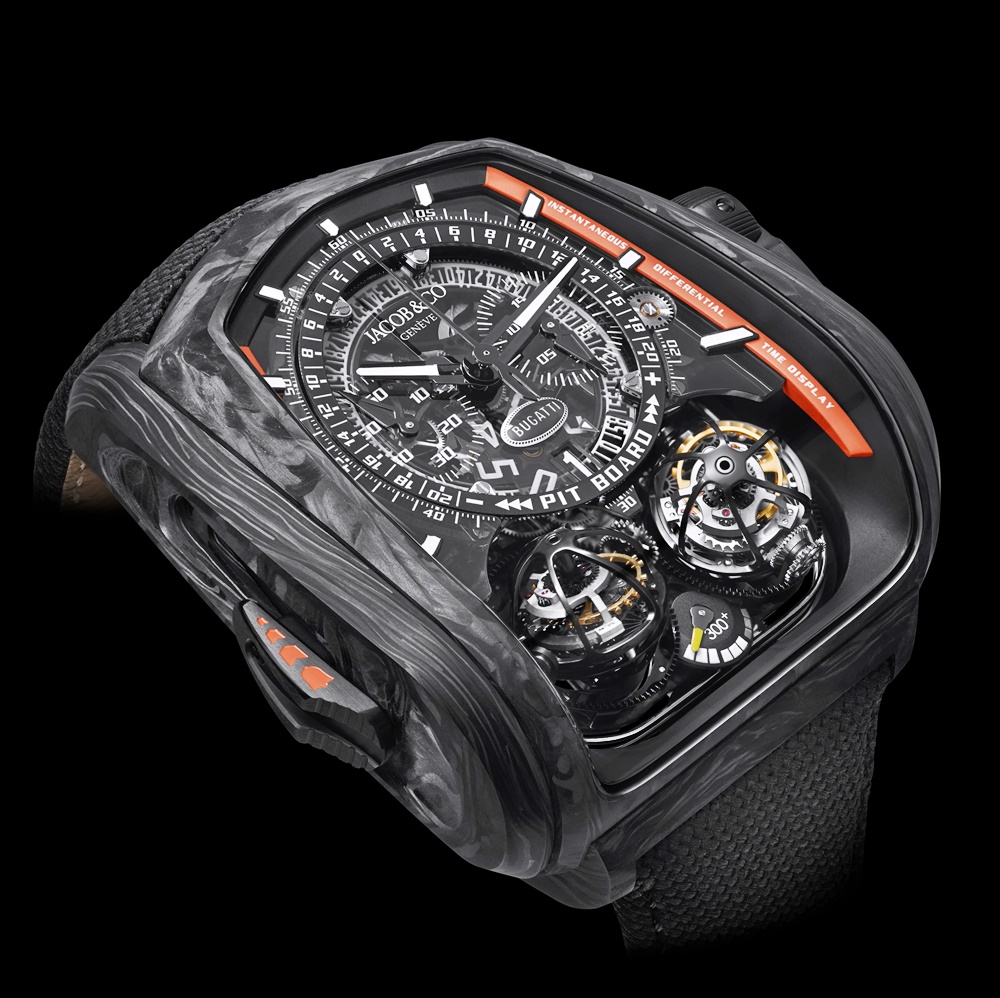 In 2019, Bugatti and Jacob & Co. signed a partnership to create unique timepieces. To inaugurate this partnership led by performance, two timepieces were created. These watches, based on the Twin Turbo Furious and the Epic X Chrono, were directly inspired by the unique design and spirit of Bugatti hypercars. 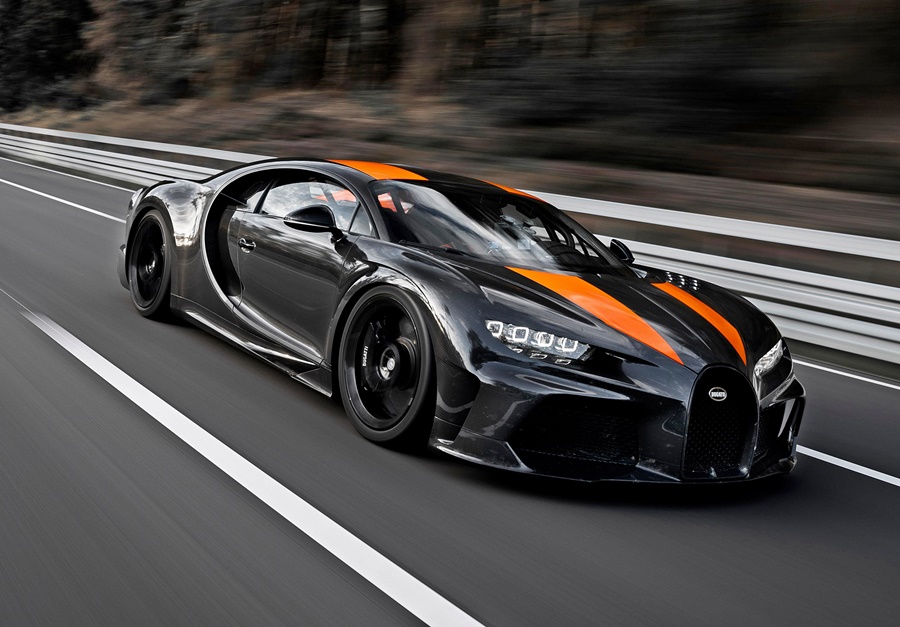 Only 3 pieces for sale
In order to celebrate the world’s fastest series production hyper sportscar, Jacob & Co. captured the essence of the Super Sport 300+ in the design as well as the sophisticated technology of their new creation.  Only three pieces will be made for sale. 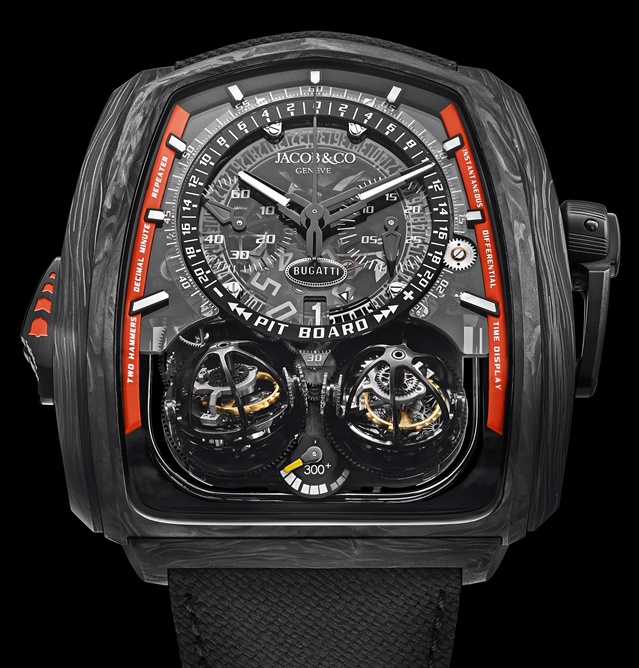 The Twin Turbo Furious Bugatti 300+ features a black titanium twin triple-axis tourbillon movement, that includes a decimal minute repeater and a mono-pusher chronograph with reference time. It is housed in a forged carbon and black DLC titanium case, to echo the exposed carbonfibre bodywork of the record-breaking hyper sports car.

Exclusive technology
The presence of a tourbillon in a watch’s movement already places a timepiece among the elite of the watchmaking world. Jacob & Co.’s Twin Turbo Furious goes one step further incorporating two accelerated triple axis tourbillons into its striking design. The tourbillons work together to compensate for the effects of gravity on the precision of the movement. 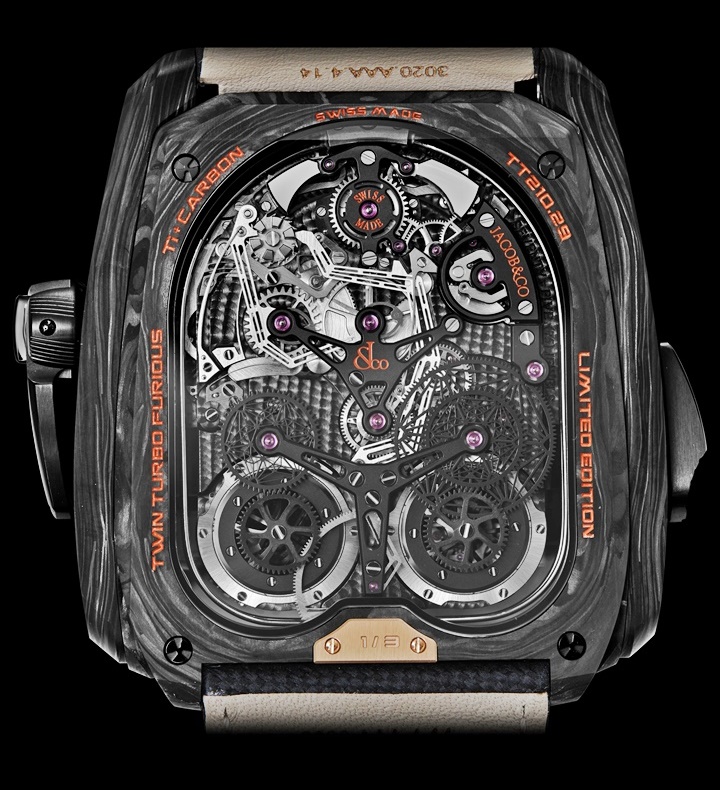 “In Jacob & Co., we have found a partner who understands the way we see exclusivity and how every object carrying the Bugatti name has to combine extreme power and the most sophisticated technology with pure luxury and the unmistakable Bugatti aesthetics and elegance. The Twin Turbo Furious is another product created in the spirit of this partnership,” said Bugatti President, Stephan Winkelmann. 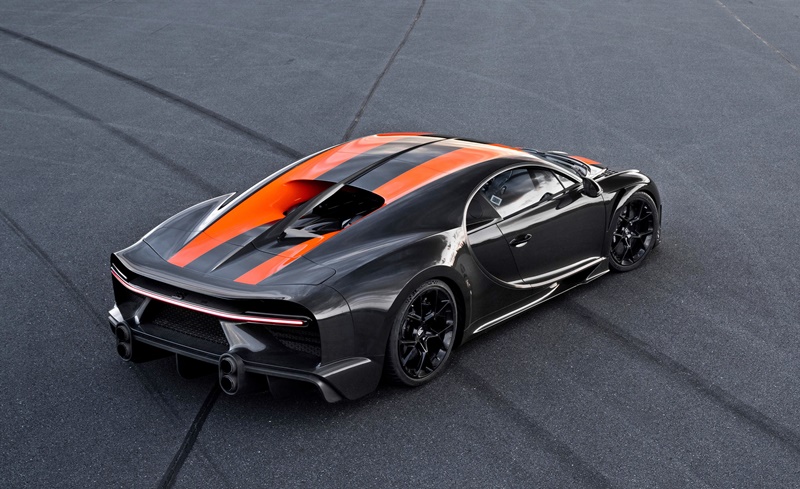 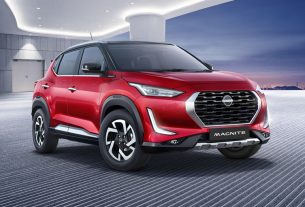 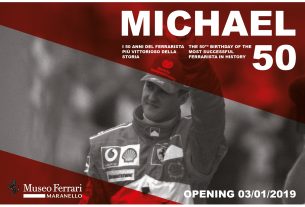 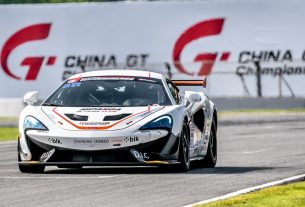