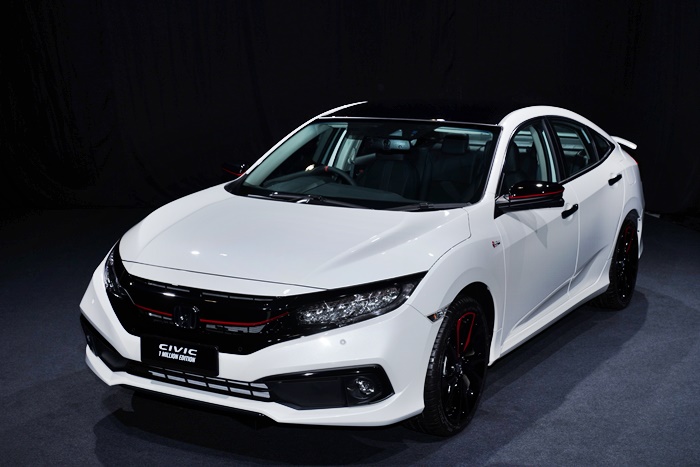 Since its establishment in 2000, Honda Malaysia’s position in Malaysia has constantly grown, with volumes and market share increasing year after year. In 2003, it began assembly operations at its own plant in Melaka, with the firm commitment to use as much local content to meet the government’s expectations of the local industry.

New models were added each year and today, Malaysians have a wide variety of models, all assembled locally, enabling their pricing to be attractive. The popularity of Honda vehicles has never been higher with the brand maintaining its leading position in the non-national category. 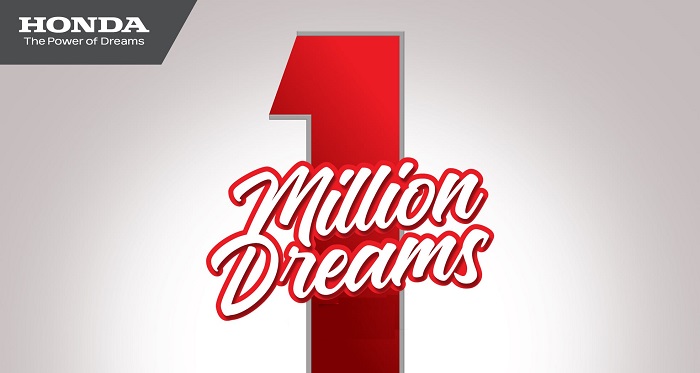 This year, the cumulative volume of vehicles assembled at the Melaka plant and sold throughout the country passed the 1 million mark, 18 years after the first vehicle rolled rolled out. To commemorate this significant milestone, Honda Malaysia is having the ‘1 Million Dreams Campaign’ this month to show its appreciation to customers for their support in this achievement.

During the campaign period, which will run until March 24, 2021, the company will be having various activities and will also be giving away 7 vehicles to lucky customers. These are Special Editions with very exclusive features – money cannot buy – on each of them. The Special Editions are of each of the current locally assembled models – the BR-V, Jazz, City, HR-V, Civic, Accord and CR-V. 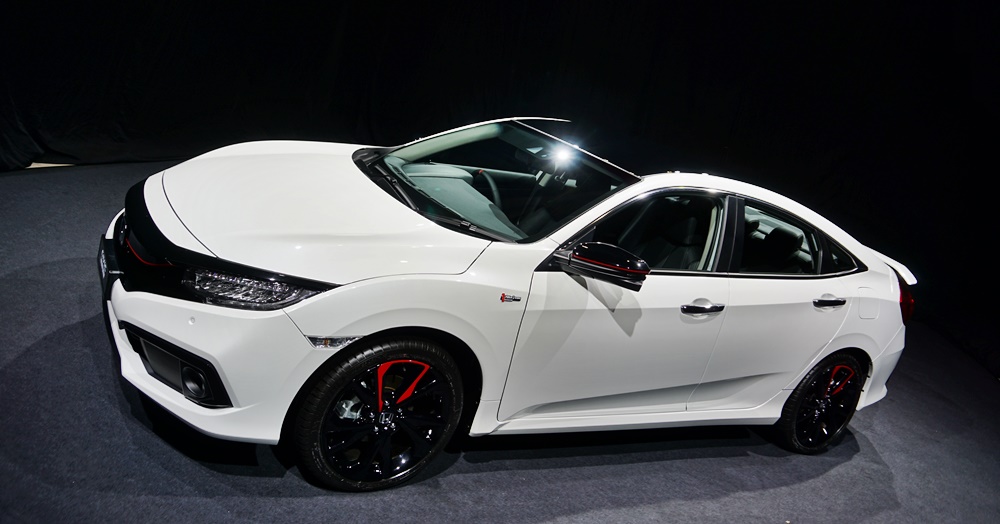 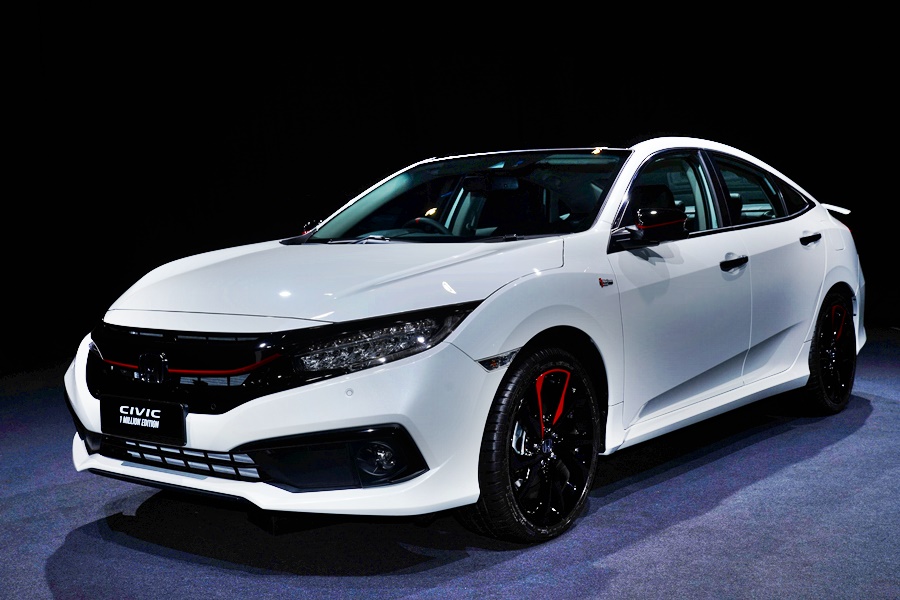 Inside, the leather upholstered front seats have an embossed ‘1 Million Dreams’ signature as well as a plaque on the dashboard. The steering wheel is also leather-wrapped and has sporty red stitching as well as a red mark at the 12 o’clock position, a visual indicator often found on sportscars to keep the driver aware of where the wheels are pointing. 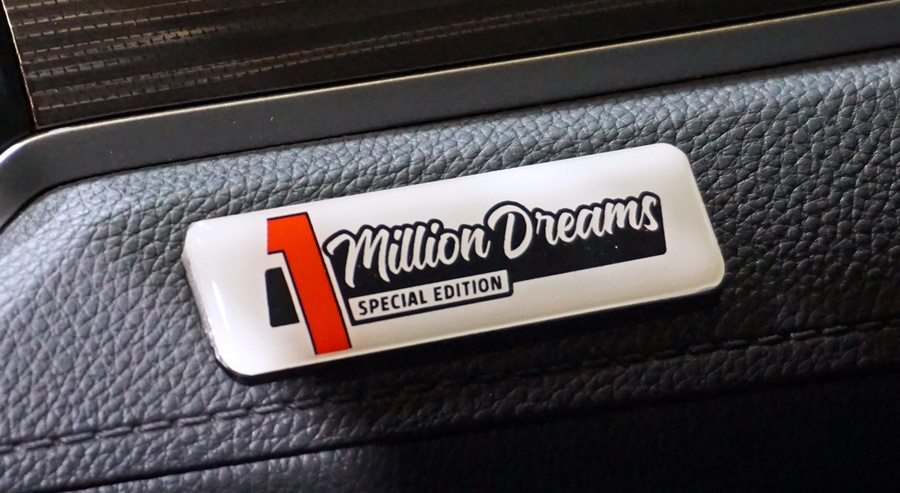 Other than the cosmetic exclusive features, the technical aspects of the cars are similar to the top variants of each model. In the case of the Civic Special Edition, this would be the 1.5 TC-P with a turbocharged 4-cylinder VTEC engine. This 1.5-litre engine, developed with Earth Dreams Technology, produces 173 ps with 220 Nm of torque, more than the 1.8-litre i-VTEC engine available in another Civic variant. 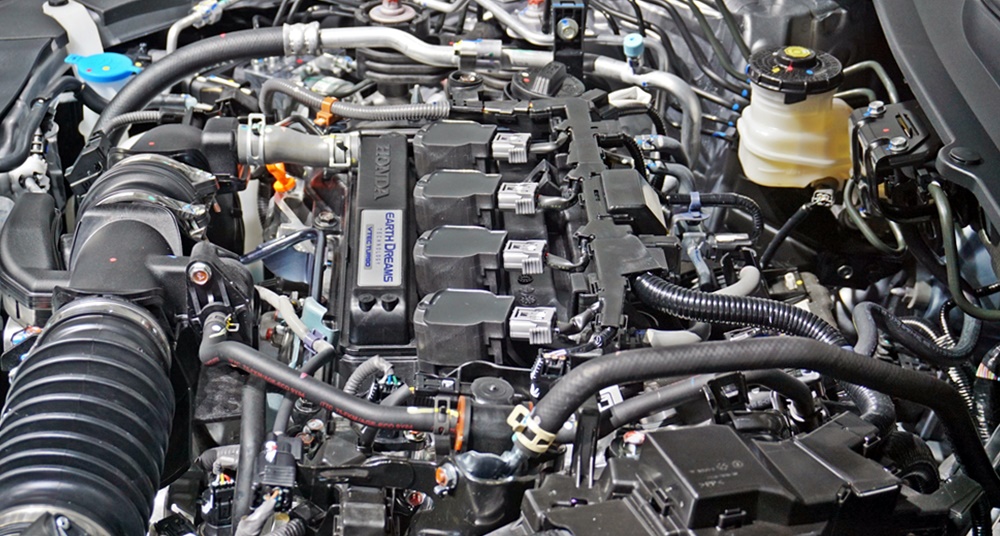 With a CVT delivering power smoothly and efficiently to the front wheels, the Civic is capable of a top speed of 200 km/h after getting to 100 km/h within 8.2 seconds from taking off. Stopping power from high speeds is assured with disc brakes on all four wheels, the front ones being ventilated for fade-free performance.

The Civic comes with an extensive list of convenience features that include keyless entry with pushstart button for starting/stopping the engine, paddle shifters, cruise control, and 8-way adjustment for the driver’s seat. The engine can also be started from a distance, allowing the air-conditioner to be activated to cool down the interior before getting in. 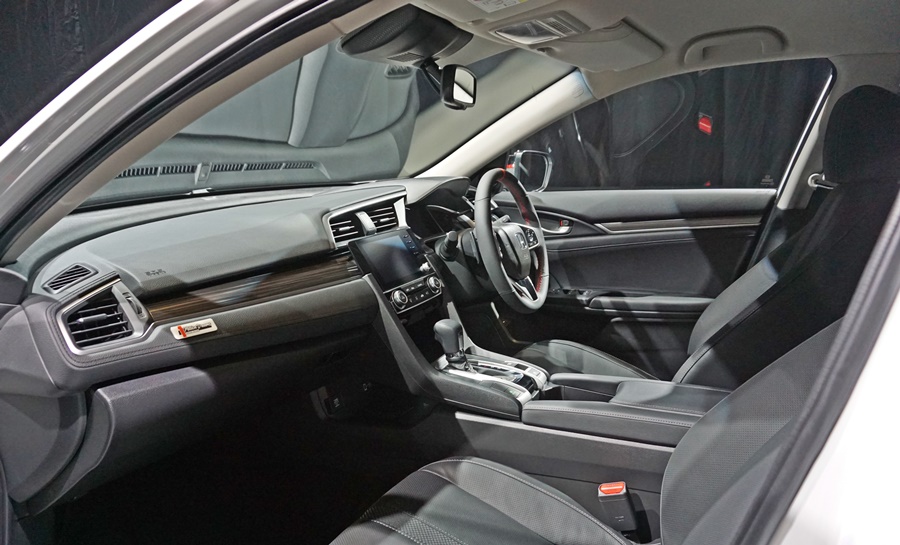 Advanced engineering is used to protect the passengers in the event of an accident. Besides the G-CON collision safety body technology designed to withstand collisions with vehicles of other sizes, the Civic also has Honda SENSING to help the driver avoid accidents. Honda SENSING has been introduced in recent years, bringing an integrated suite of active systems for drive assistance. These include Automatic Emergency Braking which activates if the driver doesn’t take the appropriate action if a collision might occur.

Besides the rearview camera which shows different angles, the Civic also comes with Honda LaneWatch, an innovative feature which functions as a Blind Spot monitor for the left side of the car. Instead of just a sensor and warning light or icon, the system gives the driver a real-time image of the area along the side of the car (when the left signal is activated). The image, captured by a small camera on the door mirror, is displayed on the monitor in the middle of the dashboard. This reduces the amount of turning that the driver’s head must make and the image also gives a better idea of what sort of hazard might be in the blind spot. 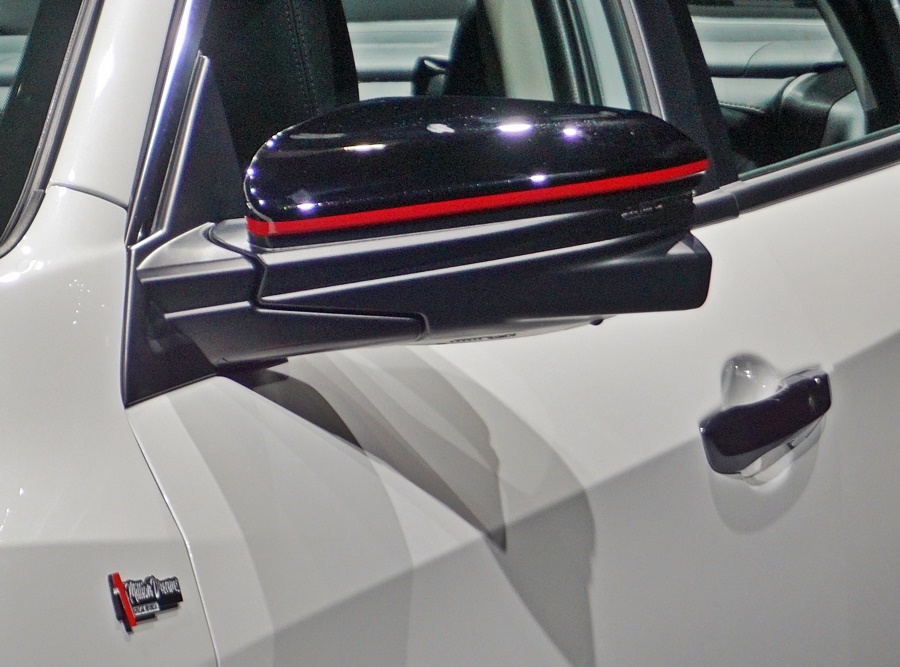 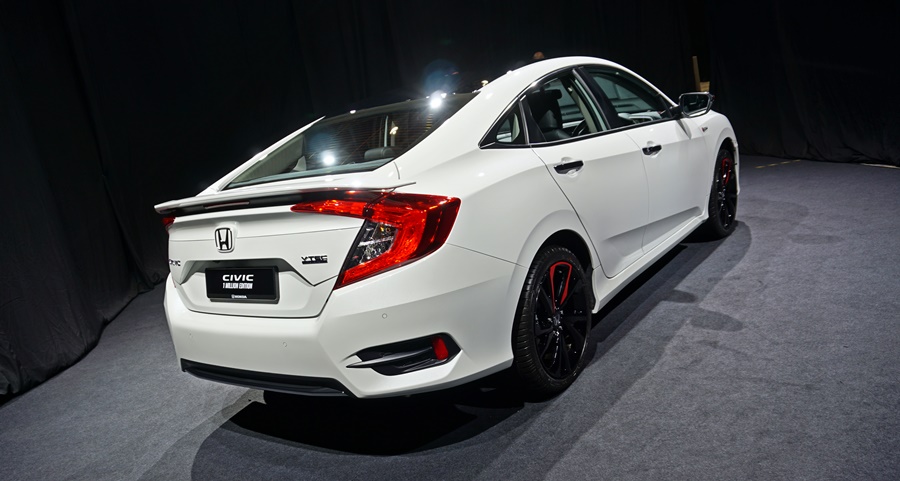 While the Civic Special Edition cannot be purchased, there are three variants of the Civic available for those who want to own this model. Priced from around RM114,000 – RM140,000, they come with a choice of two engines.

As for the Civic Special Edition, there are 6 ways (shown on the chart below) for you to become the owner of the exclusive model. Basically, you get a number of entries for certain Honda-related activities and obviously, the more entries you can get and submit, the greater your chances of winning. If you are Honda Touch (a smartphone app) user, you get 5x bonus entries so it’s worthwhile to download the app. 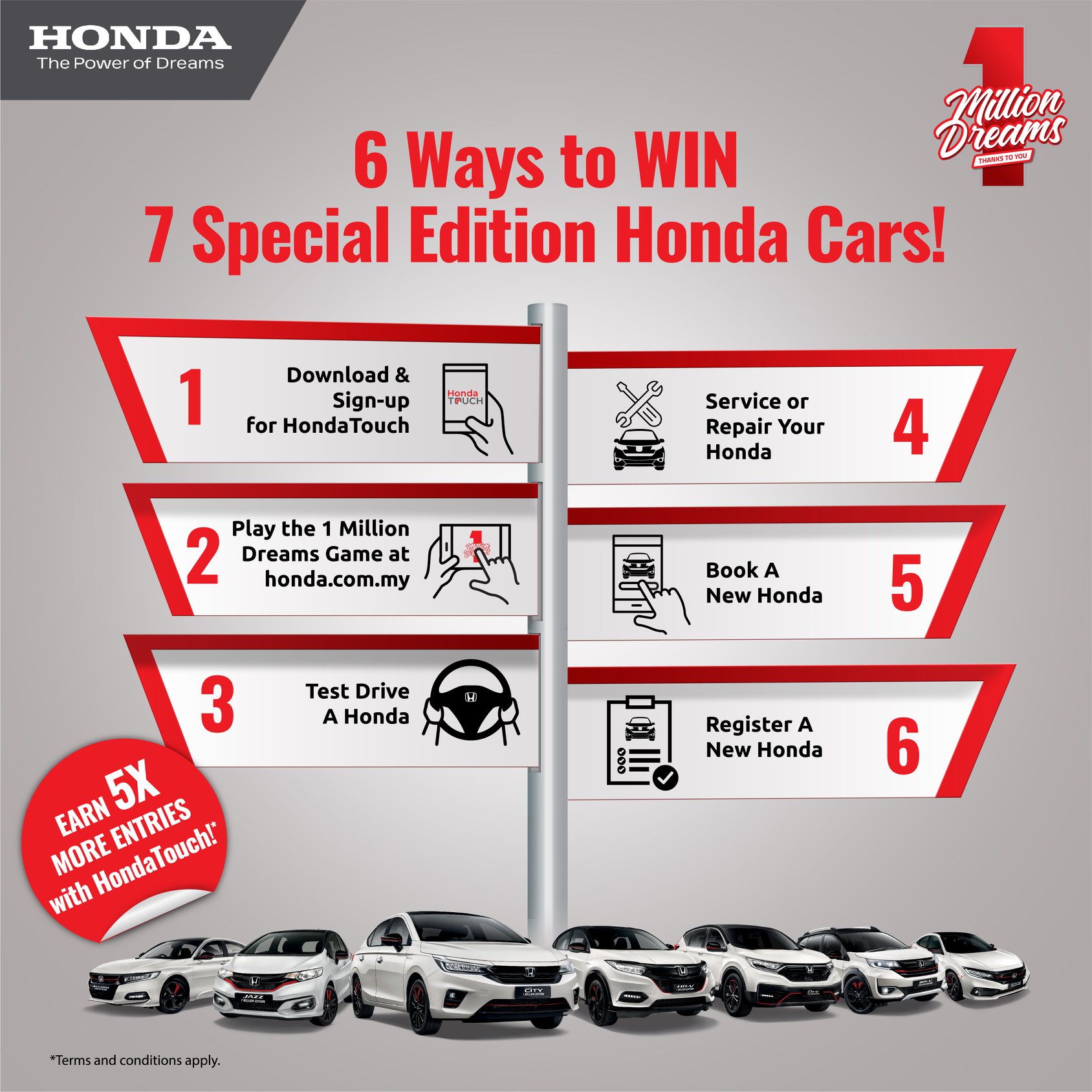 The lucky winners will be announced at a Grand Finale scheduled to be held by the end of this month.

Visit any authorised Honda dealership nationwide to participate. Locations of dealerships can be found at www.honda.com.my. 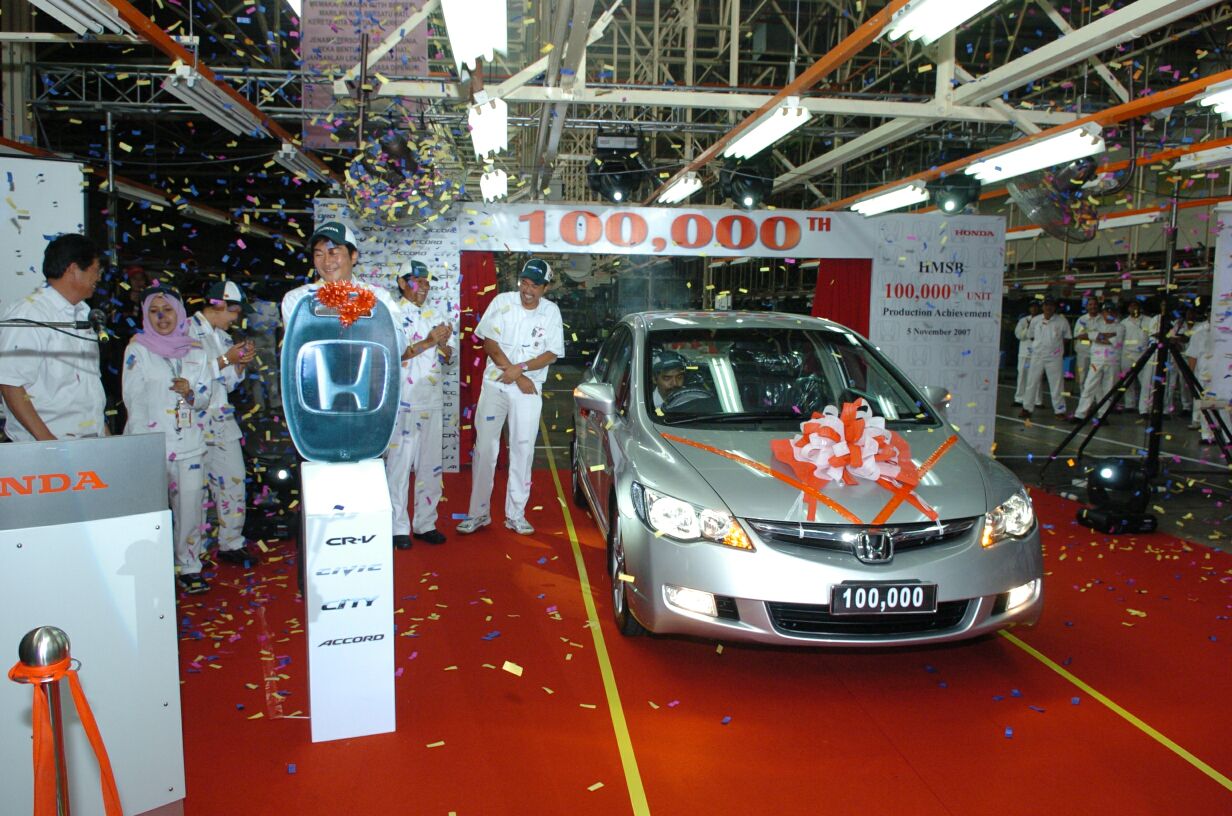 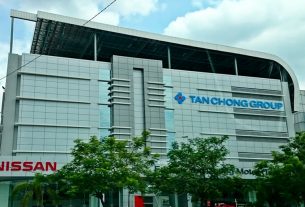 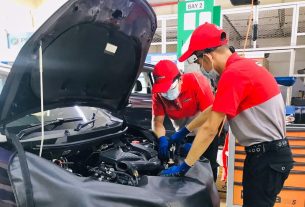 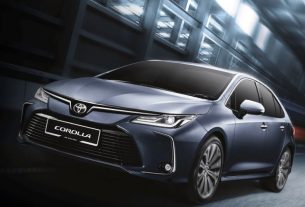