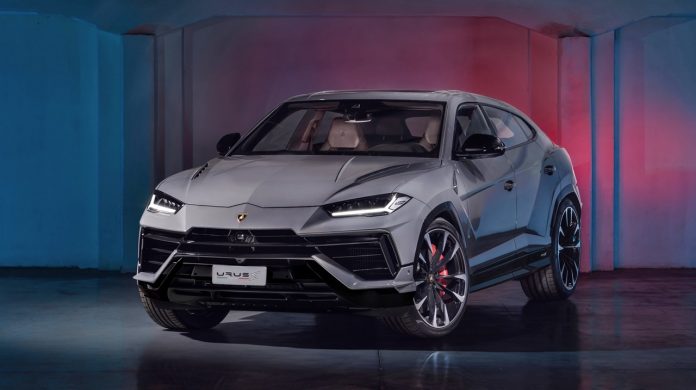 Since going on sale in 2018, the Lamborghini Urus has been a great successor for the Italian sportscar company. Up to June this year, over 20,000 units have been delivered worldwide, making it Lamborghini’s bestselling model in the shortest time ever.

The impressive high performance of the Urus inspired Lamborghini to coin the term ‘Super SUV’ for its model. And in the four years that the Urus has been around, other carmakers like Aston Martin, Audi and BMW M have also launched their Super SUVs.

So Lamborghini has decided it’s time to update its original Super SUV with enhanced performance. The new Urus S replaces the standard Urus and gets the same performance level as the Urus Performante which debuted in August. However, where the Performante is performance-focussed, the Urus S is more oriented towards luxury.

“The Urus has proven its appeal for those seeking the decisive combination of the sportiest SUV and a Lamborghini to drive every day: the Urus S sits perfectly alongside the new Urus Performante, for those choosing the purest sublimation of performance, luxury and versatility,” said Stephan Winkelmann, Chairman & CEO of Automobili Lamborghini. “The Urus’ commercial success, with more than 20,000 vehicles produced, is testament to its credentials as the first and enduring Super SUV: the Urus S elevates that reputation.”

Performante power
The twin-turbo 4-litre V8 engine has increased power output of 666 ps, 16 ps more than before, which is the same as that of the Performante. Maximum torque is still at 850 Nm, peaking at 2,300 rpm (50 rpm higher than before). A retuned exhaust system gives a more distinct sound at start-up and a sharper note in each drive mode.

While the Performante underwent a weight-reduction course, the Urus S did not get such a stringent exercise although the extra power does slightly improve its weight-to-power ratio to 3.3 kg/ps. Factory tests have shown also slightly improved acceleration of 3.5 seconds from 0 to 100 km/h and 12.5 seconds to 200 km/h, which is 0.3 second quicker. The unrestricted top speed is still 305 km/h and if the driver hits the brakes at 100 km/h, the car should come to a full stop within 33.7 metres.

The chassis with adaptive air suspension ensures sporty driving dynamics while also smoothening out rough surfaces. On highways, the driver can choose the STRADA, SPORT, CORSA and EGO drive modes, and when driving off-road, there are the TERRA, NEVE and SABBIA programs to optimize performance.

Design presence
The Urus S gets a new front bumper design with more refined lines and a new matt black-painted stainless steel skidplate beneath it. Black lines on the front grille identify the new model, along with a new lightweight carbonfibre-painted bonnet. The bonnet comes with matt black air vents, with optional finishes to the vents in gloss black, body color or carbonfibre in shiny or matt finish.

At the rear, the new bumper styling is more streamlined and elegant. A matt black-painted lower portion features a new twin-pipe exhaust design in brushed steel as standard, with optional matt or shiny black, or Ad Personam option in bright chrome.

Revised interior themes
The interior of the Urus S has fully-revised colour and trim themes. Both the new Bi-colour Sportivo, and a new Bi-color Sophisticated option feature the Performante stitching pattern. The Bi-colour Sportivo has a more discreet and stylish use of the complementary colour, with refined new Blu Leandro and Verde Aura alongside tan, cream and brown.

Connectivity, an important area for customers today, is comprehensive and there’s connected navigation, security features and several in-car control services. Services such as Remote Park via the Lamborghini Unica App can also be managed via smartphone integration, with the enhancement of smartwatch controls including the virtual car key function.