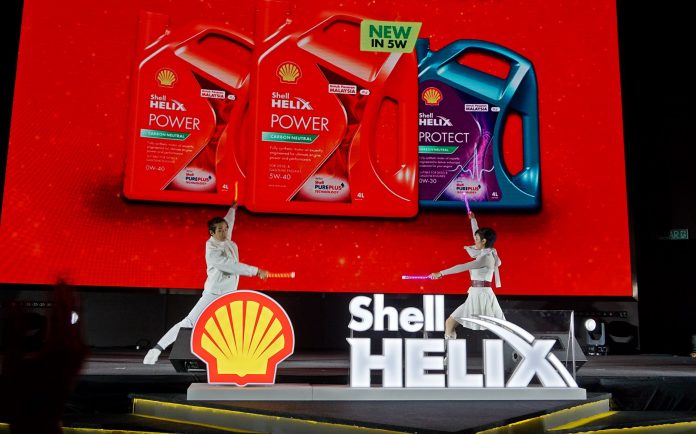 Ever since the Industrial Revolution began in the 19th century, emissions of carbon dioxide (CO2)have kept increasing in the environment from industrial activities and products. The gas, often referred to as a ‘greenhouse gas’, has been identified as the main contributor to global warming. Although nature has had processes to remove CO2, the increase of the gas has exceeded the capability of natural systems to remove it, leading to accumulation that has reached levels where the climate is being changed.

The warning signs are clear and depending on who you listen to, we could be very close to the tipping point when the change will not be reversible. But regardless of the timeline, it is clear that global warming is occurring and action needs to be taken. Scientists believe that preventing an increase of more than 1.5 degrees C. is crucial for the planet’s future and some 200 countries have given commitments to do their part to achieve this goal.

Among these companies is Shell, the global energy company, which has long had activities upstream and downstream as well as products – fuels and lubricants, in particular – which have generated CO2. The company has declared that it will become a net-zero emissions energy business by 2050.

In Malaysia, the company has already undertaken various initiatives to help reduce carbon emissions, one example being the use of solar energy for its stations. Today, it has also taken another major step by introducing the world’s first carbon-neutral lubricant for motor vehicles made from natural gas, which is also the first such product in the country.

The new engine lubricants are the Shell Helix Power and Protect oils, familiar product names as they have been in the market since July 2020. However, the Helix Power and Protect fully synthetic oils launched today are uniquely different as they are produced – in Malaysia – from natural gas instead of crude oil. Natural gas (which Malaysia has a lot of) is the cleanest-burning fossil and unlike crude oil, it has almost none of the impurities like sulphur, aromatics and nitrogen.

The process of producing Helix carbon-neutral oils uses Gas-To-Liquid (GTL) technology which Shell began developing in the 1970s and in fact, the world’s first commercial GTL plant, Shell MDS, was opened in Bintulu, Sarawak in 1993. The company has invested more than US$1 billion in GTL R&D and filed over 3,500 patents in developing the process, and continues to advance the technology.

Fuels, specifically diesel, produced using GTP technology have already been available for many years but engine oils are the latest advancement and Helix Power and Protect are the first two products. With the switch to a carbon-neutral product, Shell Malaysia has also added an additional viscosity of 5W to the range (priced at RM280 for a 4-litre pack) which up till now has had only 0W viscosities. While most modern engines will run well on 0W viscosity oil, some manufacturers may recommend the use of 5W so the availability of this slightly thicker viscosity will allow more motorists.

The benefits of using Helix oil would already be well known as the product has been around for a long time – constantly updated and improved, of course. It also has PurePlus Technology for very clean oil. It meets the latest SAE service standards and provides superior protection and lubrication to all moving parts within an engine.

The Helix Power oil is for motorists who usually do more highway driving and performs optimally under greater stresses. For those who drive mostly in cities, where speeds are low and there’s a lot of stopping and starting, Helix Protect is recommended as it is formulated to give better protection -in such conditions, helping to extend engine life by reducing wear and tear.

Besides the new 5W-40 viscosity for Helix Power, the Helix Power and Protect Carbon-Neutral oils are available in viscosities of 0W-40 and 0W-30 for Helix Protect. They are available at Shell stations and participating Shell branded and independent workshops around Malaysia. Shell Malaysia recommends that motorists check that the Shell oils they buy have the ‘Untuk Pasaran Malaysia’ label on them to ensure they are genuine. The company also says it does not sell its products through hypermarkets.

Making its oil carbon-neutral is just one part of Shell’s efforts at eliminating CO2 emissions. The company also looks at the entire lifecycle of its products, and has implemented various measures as well in the raw materials, packaging, production, distribution, customer use and product end-of-life.

“Increasingly, we will work on nature-based solutions to deliver high-quality carbon credits which can be used to compensate the emissions generated when a customer purchases and uses a Shell product, such as the new Shell Helix Power. This comes in addition to our existing efforts of responsibly reducing the carbon intensity of oil and gas operations, and investments in lower-carbon sources of energy,” said Dato Ivan Tan, Chairman of Shell Malaysia.